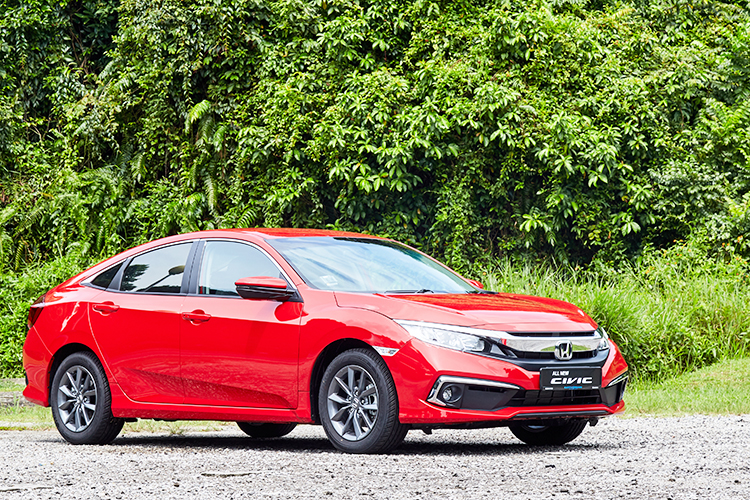 It may be hard to believe, but the current-generation Honda Civic is already three years old.

In the automobile industry, this calls for a facelift. Now, facelifts (also called updates and refreshes) are either obvious or subtle.

If you haven’t guessed it yet, the updates to the Honda Civic belong to the latter camp.

This is a good move, though, since the Honda Civic looks more futuristic than its predecessors. The designers would have to go over the top to make the changes noticeable.

And when you go to extremes, there is a big risk of getting it wrong.

Look closely and you’ll see that the Honda Civic’s front bumper has been redesigned and now has a pair of fog lamps.

Previously, the fog lamps were only standard in the Civic Turbo.

Other noticeable changes include a new alloy wheel design (16-inch wheels are still standard) and a shark fin-type antenna that replaces the glass antenna in the older model. 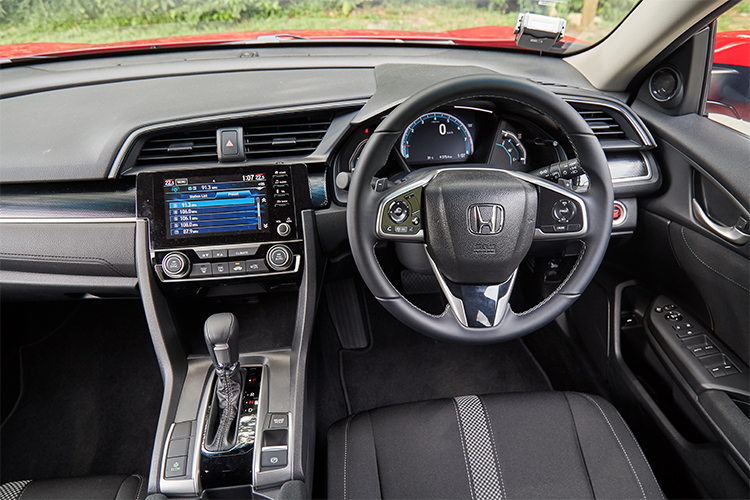 The tweaks to the Honda Civic’s interior are just as understated.

Sharp-eyed observers will notice that a volume knob has been added to the infotainment’s touchscreen panel.

The air-con controls now have physical fan speed buttons as well, making it easier to turn the throughput up/down. Previously, this was done via touchscreen controls. 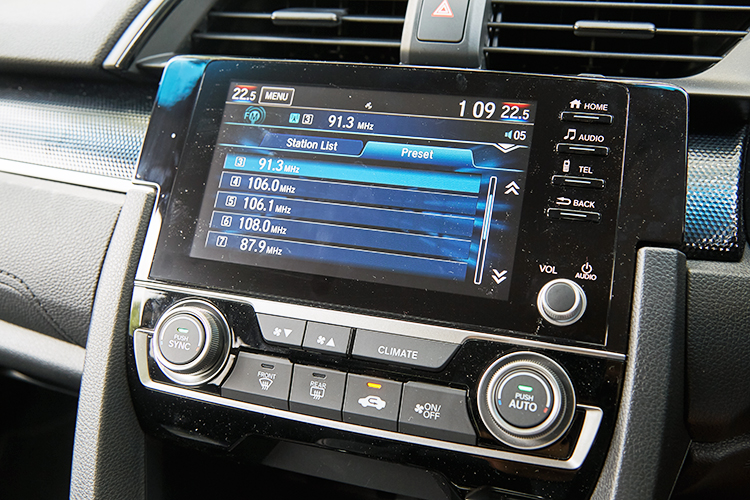 Speaking of infotainment, Honda says that the unit’s voice recognition and Bluetooth functions have been enhanced.

And for more convenience, the wing mirrors now have an auto folding function.

Although useful, the upgrades to the Honda Civic 1.6 could have been even better.

For instance, the car still only has two airbags (driver and front passenger). If you want more, you’d have to get the Civic 1.5 Turbo, which has six airbags.

We also would have wanted to see the halogen headlamps replaced by at the very least HID, if not LED headlights. Even the Honda Jazz 1.5 has LED headlamps. 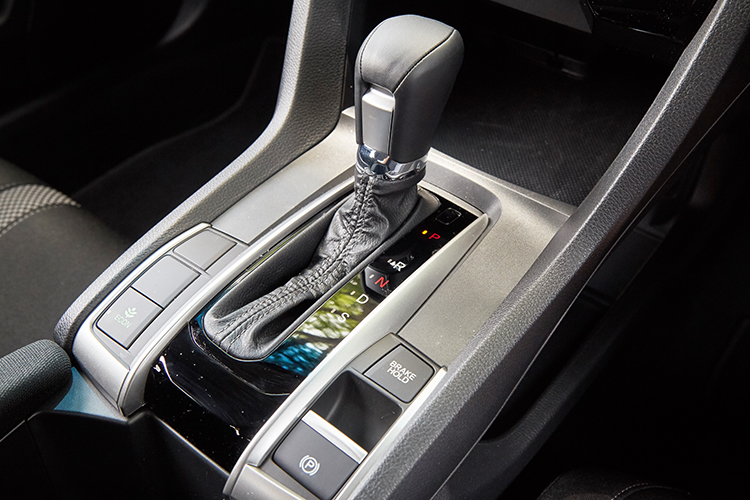 And while we’re okay with fabric seats (they are cooler in this weather), a refined gearshift release button would’ve been nice.

The current one tends to “nip” at your fingers unless you depress it a certain way. To be fair, it may just be me.

If you’ve ever wondered why the Honda Civic is so popular with keen drivers, take one out for a test-drive.

On the go, the Civic’s refinement is impressive. Its ride is pliant and the sound insulation is effective.

I drove through the KPE tunnel with the radio switched off and found the cabin to be quieter than expected. 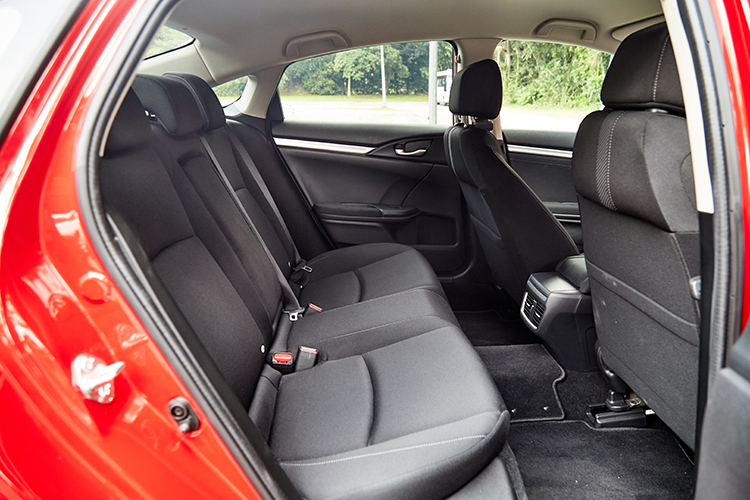 Enthusiasts usually aren’t fans of CVTs, but the one in the Honda Civic isn’t annoying. The “rubber band” feel only presents itself when you really push the car.

The driving position remains as optimal as ever. Handling continues to be a strong suit, especially for a family saloon.

I once said that the Honda Civic is only second to the Mazda 3 in terms of nimbleness, and I still feel this way. 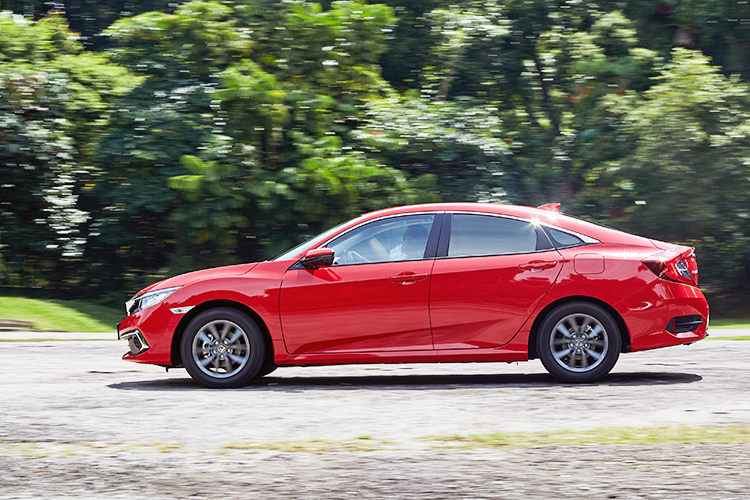 Yes, the Honda Civic is still a worthy consideration for buyers looking for a 1.6-litre saloon. Its strengths include a refined ride, seamless drive and good driving position.

But if you’re bothered by the dual airbags and halogen headlamps, then the Civic 1.5 Turbo might be more to your liking. 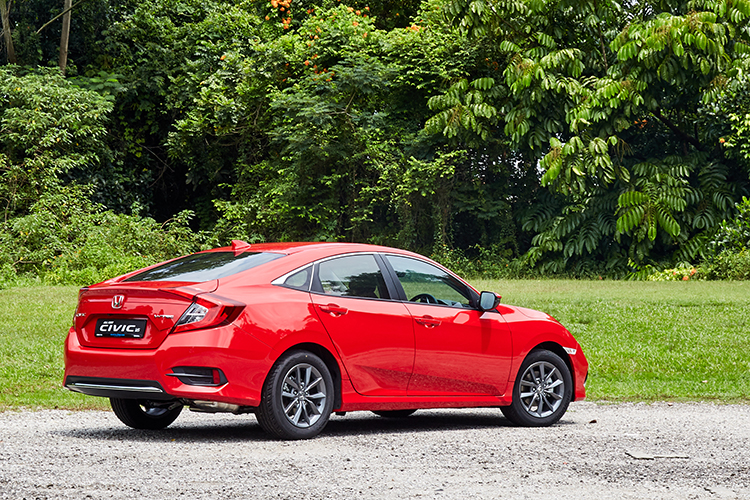