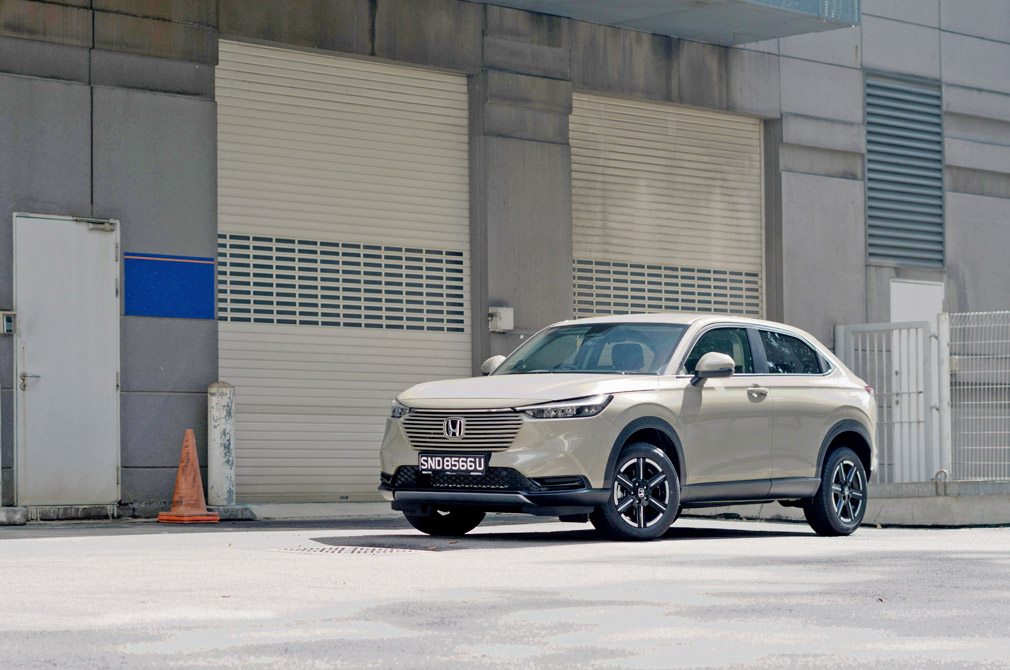 Six years ago, the most popular Honda model in Singapore – by far – was the Vezel.

Its popularity actually began growing before that. The model arrived via parallel importers in 2013, which incidentally, coincided with the appearance of private-hire operators Grab and Uber, whose fleets heavily utilised the model.

Interestingly, it wasn’t until 2015 that the HR-V – the “official” version of the Vezel from Honda distributor Kah Motor, finally appeared. Better late than never.

Unfortunately, apart costing more than the Vezel, the initial HR-V was less efficient and also not as well-equipped, for it did not come with Honda Sensing.

Honda Sensing, the suite of driver assistance and safety features, was available in the Vezel. Plus, the Vezel also has a hybrid version. The HR-V only came with a petrol drivetrain.

This time, it did not take as long for the new HR-V to become available. Crucially, it also comes with Honda Sensing and is available as a petrol-electric hybrid, too. 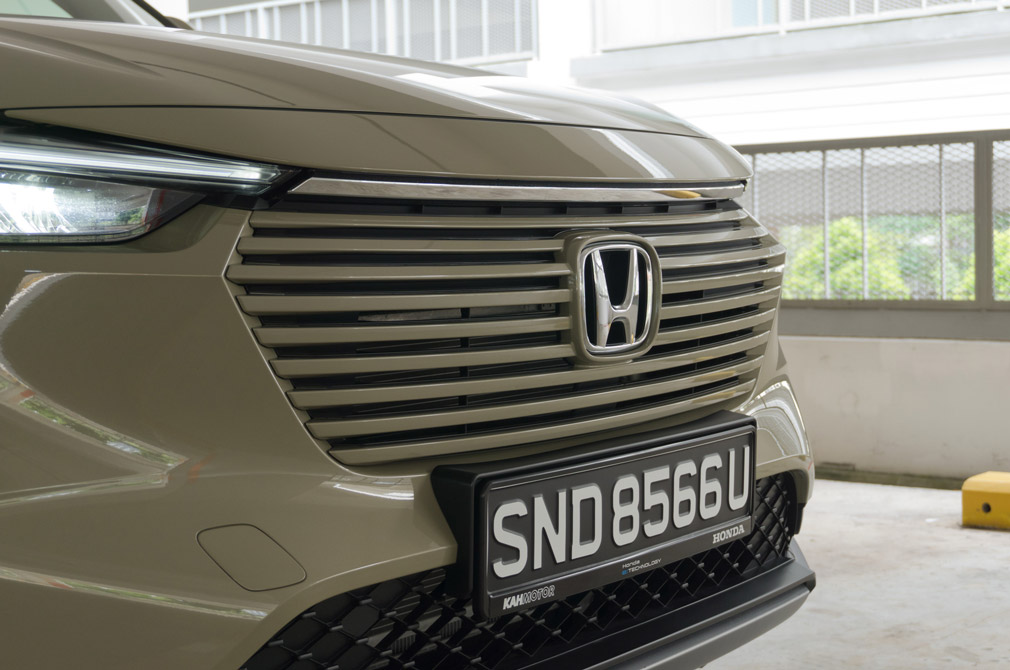 While the previous HR-V did not resemble any other car on the road, it could not be called good-looking either. Its ubiquity may even have worked against it.

The latest HR-V is like a breath of fresh air, with an integrated grille as part of its signature design. Flanked by sleek LED headlights, it has a futuristic “face”.

The HR-V also looks sportier than before. Its windows are smaller, and the front and rear windscreens have more rakish angles as well. At the rear, the tail-lights are linked by an LED strip. 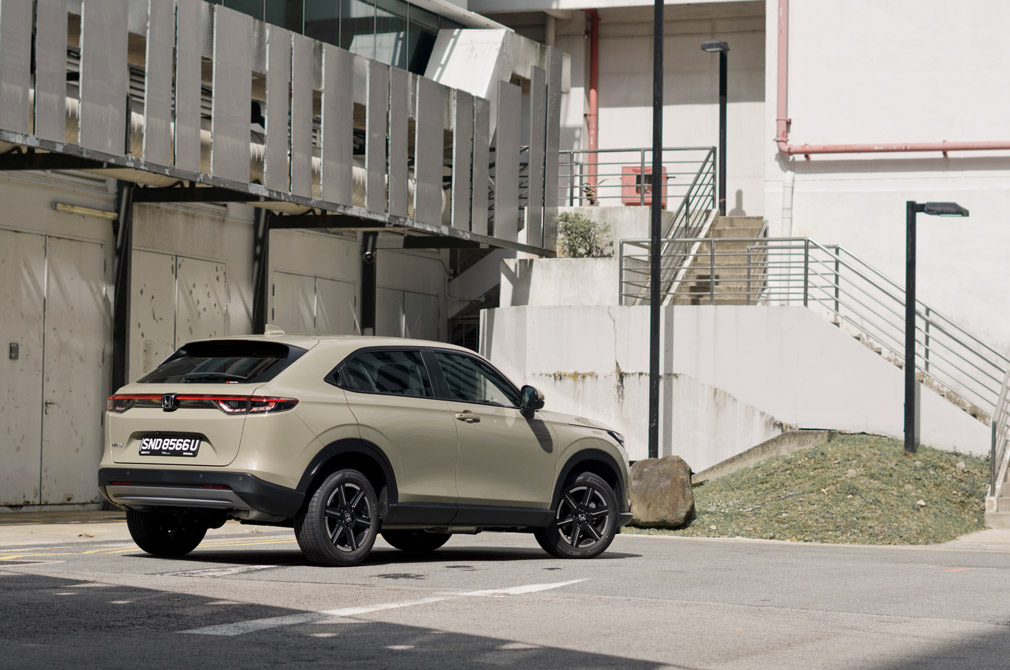 It’s a nice touch, but since many other cars have this style element, it is no longer distinct.

In keeping with the “coupe-like” look, the rear door handles remain “hidden” in the D-pillars. From the side, the HR-V almost resembles a two-door crossover.

The HR-V’s lower ride height makes getting in and out easier than before. Coupled with the smaller glass areas, the crossover feels distinctly hatchback-like.

Inside, the build quality seems to have gone up a notch, although the dashboard itself isn’t as modern as expected. That’s because the instrument panel is still a mainly analogue one – you only get a fancy digital cluster if you buy the HR-V e:HEV (hybrid) model. 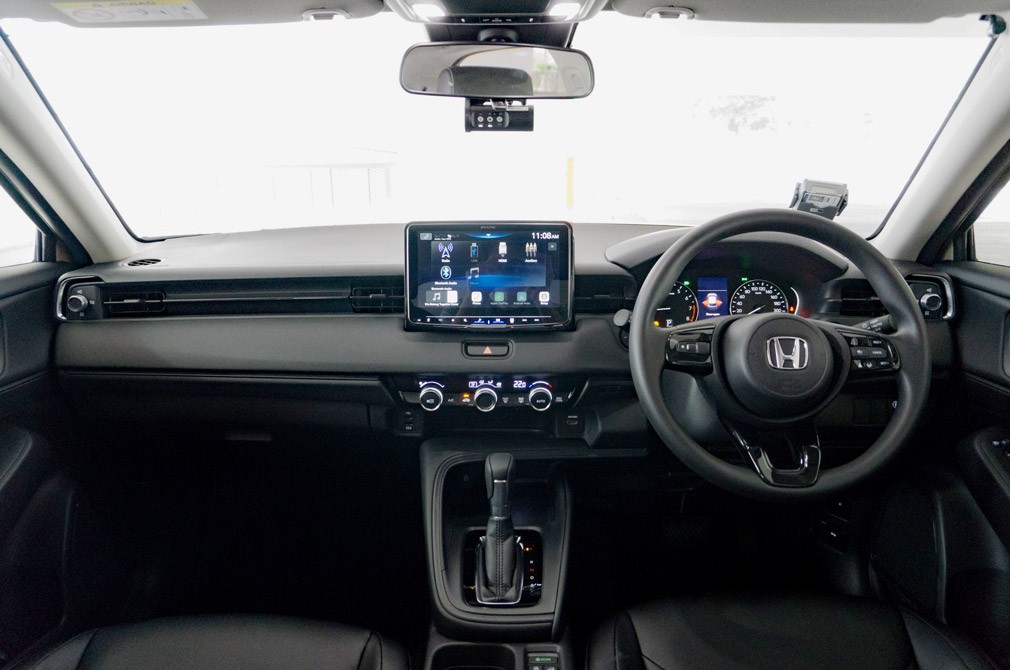 The Alpine-based infotainment system is straightforward to use, but the touchscreen could be more responsive and accurate.

Now, while the audio sounds decent enough, there are no volume controls on the steering wheel. This lessens convenience and safety, as reaching over to press the -/+ virtual buttons will take your attention away from the road.

The new air flow controls for the outer air-con vents are interesting. A knob lets you choose between direct or diffused air currents, or turns off the air flow. It may seem like a novelty, but having cool air gently sweeping past your face is comfortable for some people.

Like its ergonomics, the HR-V’s practicality is a mixed bag. Although the door bins are larger than before and the rear doors finally get bottle holders, the centre console no longer has a storage point below it. 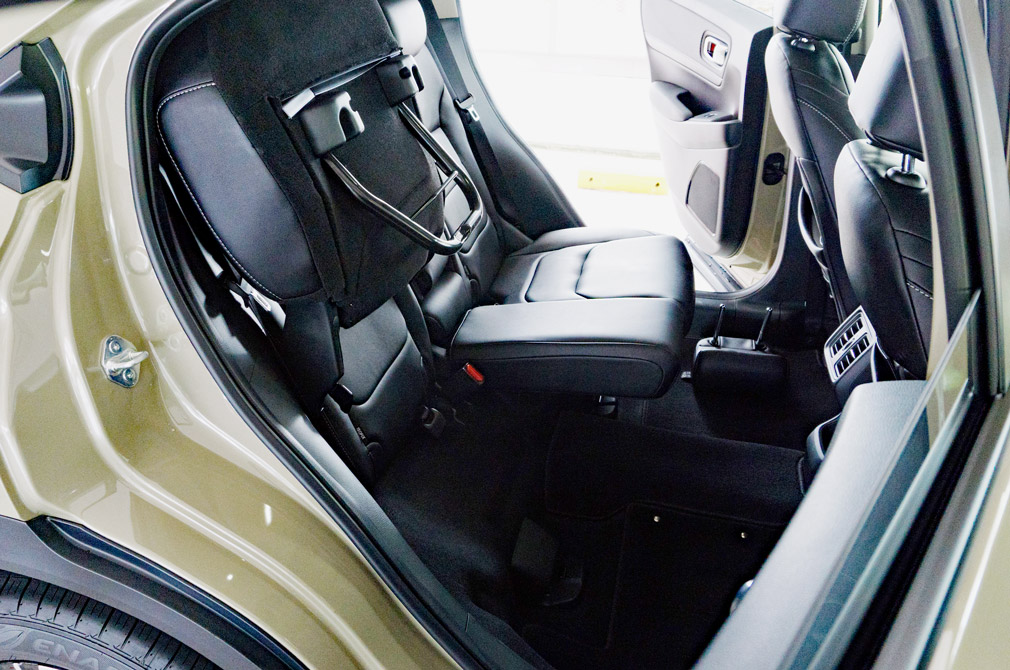 On the bright side, the backseat is even roomier than before, offering an additional 35mm of legroom for occupants. Even if both the front passenger and rear occupant are over 1.8m tall, the latter will find knee room to still be generous. Foot space for those with large feet is good, too.

Also boosting comfort is the addition of rear air-con vents, which should be standard in any car. Whether you live in a hot or cold climate, having extra outlets back here to help circulate cool or warm air is a must.

The lower output, is in all likelihood, tied to emissions. More ponies might have pushed the petrol-driven variant out of the neutral VES band and into C1 or C2, which would incur surcharges.

Honda no longer provides century sprint times. but since the preceding model takes 11.8 seconds, I estimate the new one takes 12 seconds to accomplish the same.

At any rate, this crossover was never meant for enthusiasts. And in this regard, regular drivers won’t have much to complain about. 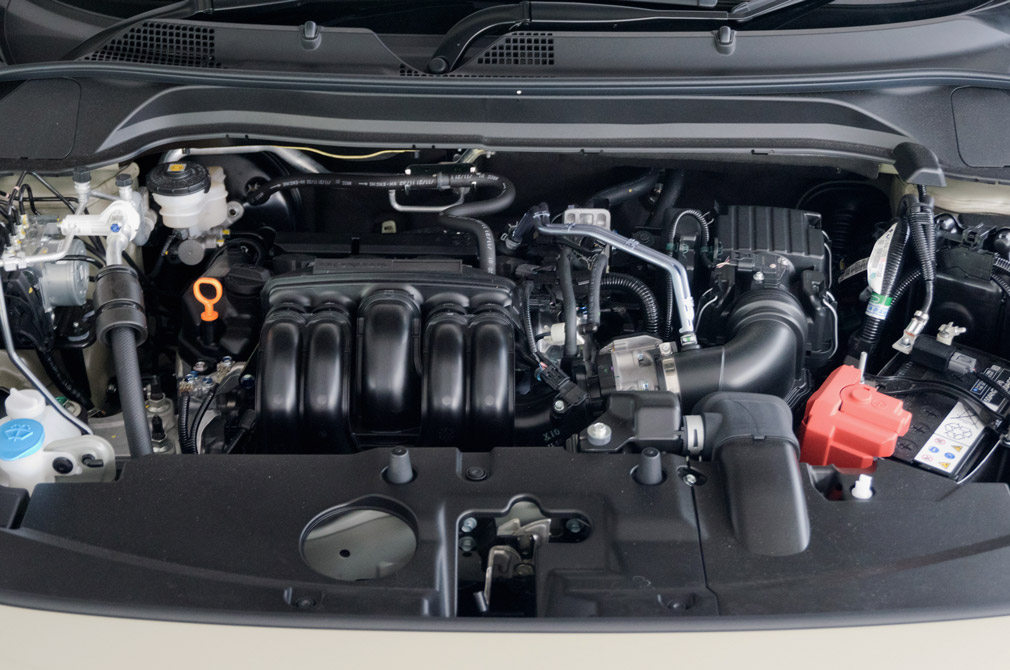 Putting the Civic’s turbocharged 1.5-litre in here would have been a better move.

One of the most obvious improvements to the HR-V has been to its refinement. Better sound insulation has resulted in a quieter cabin, especially with regard to road noise, which was more intrusive in the older model.

The enhanced insulation is complemented by an uptick in ride quality, with the HR-V no longer feeling woolly over uneven surfaces. Previously, going over speed bumps – especially those narrow rubber or metal ones – resulted in palpable thumps to your bottom.

And with Honda Sensing as standard, drivers now get features such as Adaptive Cruise Control, Road Departure Mitigation and Collision Mitigation Braking System – even in this “base” variant.

With a fresh design, numerous improvements and plenty of standard kit, the HR-V is now a more complete contender for buyers with a $130k budget.

That said, the HR-V is up against rivals also worth considering. Though older, the Citroen C5 Aircross and Peugeot 3008, with their turbocharged engines and even more striking designs, immediately come to mind.

But if you prefer staying in the Honda camp, then the HR-V to check out is the e:HEV. Price notwithstanding, its hybrid drivetrain can probably deliver the levels of performance, refinement and efficiency sought by today’s buyers. 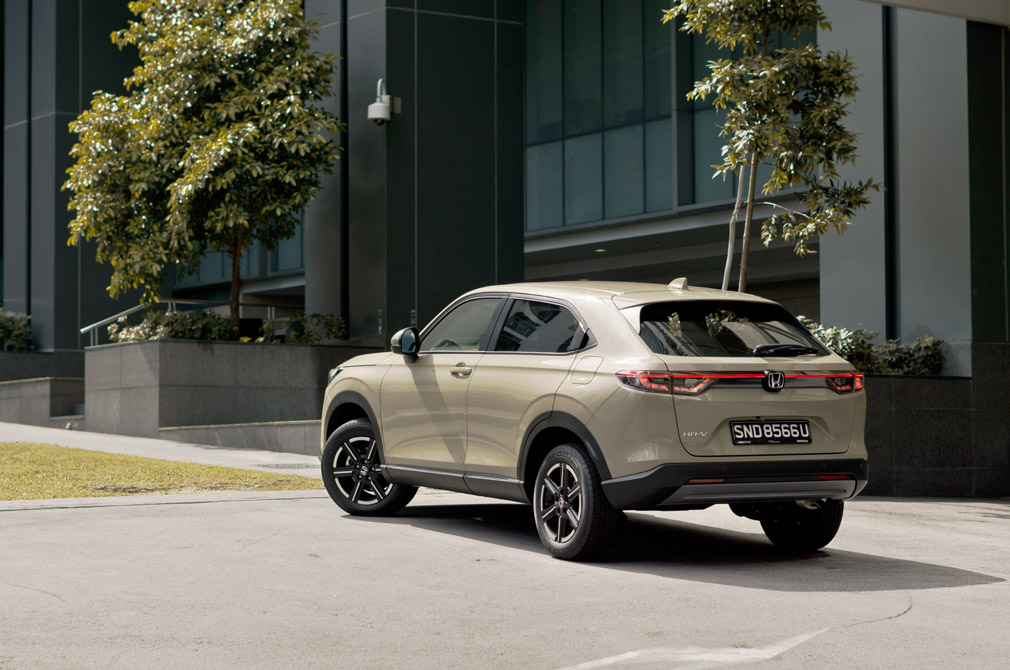 Click here for our Citroen C5 Aircross 1.2 review
Or check out our Peugeot 3008 1.2 review