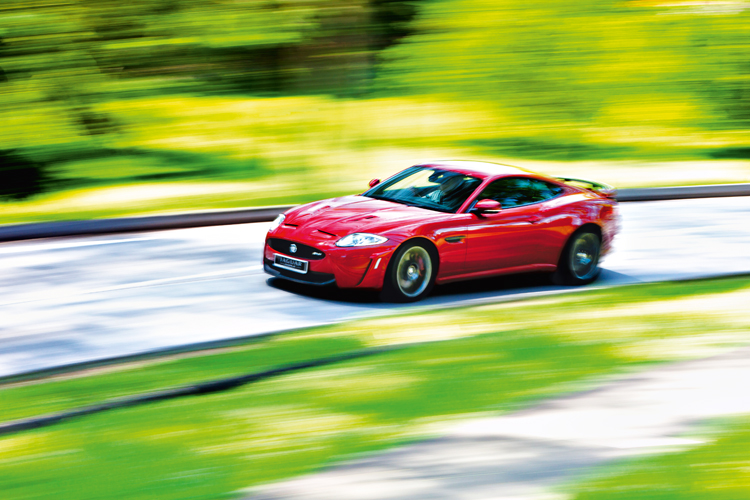 Jaguar XKR-S looks and sounds angry; how much fury you want it to unleash depends on how hard you flex your right foot.

If there’s one thing that the British are famous for, it has to be their “stiff upper lip”, a trait that sees them remaining steadfast in the face of any adversity. Though this characteristic has undoubtedly helped the Brits to weather countless storms, it’s also been blamed for their alleged lack of emotional display.

When it comes to luxury sports cars, however, one can hardly say that British designs lack emotional quality. The sexy Jaguar XKR-S seen here, for instance, dispels the notion that the English are incapable of letting their hair down. Just look at this coupe’s collection of vents up front and that spoiler at the rear – it even has a pair of “nostrils” above the grille! These are details you’d expect to see on a wild car like a Mitsubishi Lancer Evo, and not on a prim and proper Jag. 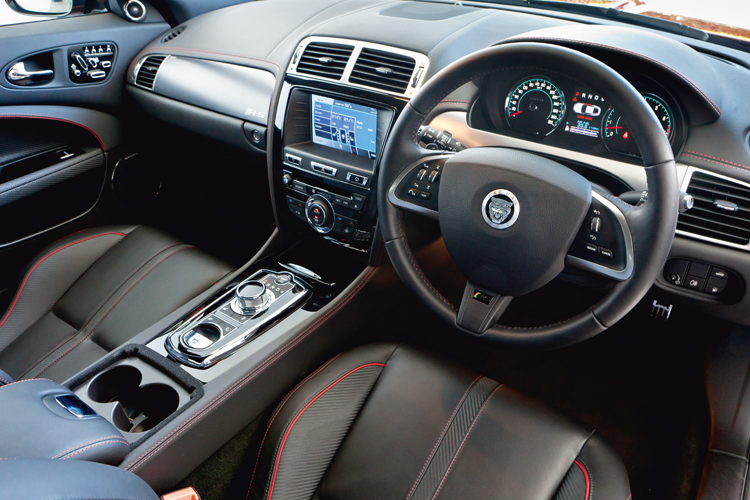 Modern cockpit provides an intimate setting, but could do with better fit and finish.

The XKR-S is anything but genteel, actually. In fact, it’s Jaguar’s most extreme production model yet. Beneath that shapely bonnet lies a supercharged 5-litre V8 that churns out 550bhp and 680Nm – figures that supersede the tamer XKR by 40bhp and 55Nm. And the car not only looks the part, it also has the soundtrack to match.

Hit the start button and the V8 motor awakens with an annoyed bark before settling into a quieter idle. Make no mistake, though – this is the only time that the car is remotely civilised. At all other times, this Jag simply sounds angry. 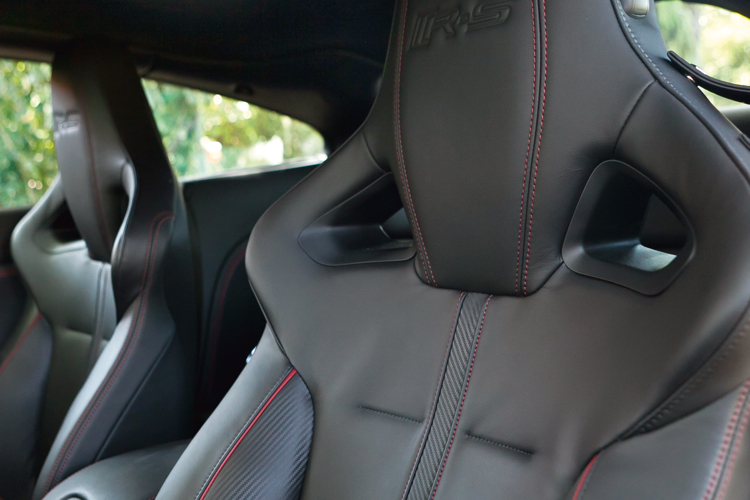 There was something “off” with the Jaguar XKR-S front seats, which had to be continually adjusted throughout the drive.

How much fury you want it to unleash depends on how hard you flex your right foot. A gentle touch rewards you with a rising growl, but a more enthusiastic approach delivers nothing short of an aural onslaught, complete with the crackle and pop of the exhaust each time your foot comes off the throttle. Watching the revs climb is pure entertainment in itself, for past the 4000rpm mark, the XKR-S bellows like an infuriated beast intent on forcing slower traffic out of its way.

Accompanying this soundtrack is ceaseless acceleration. Zero to 100km/h is dispatched in 4.4 seconds – that’s quicker than a V8 Audi R8. If you could get this Jag on an unrestricted stretch of road, it’ll hit 300km/h before the limiter finally kicks in. What’s really impressive, though, is how the Jag behaves as it goes about its business. The way it piles on the speed is relentless, but perfectly linear. And the keen turn-in is also commendable, despite the car’s 1.7-tonne kerb weight. 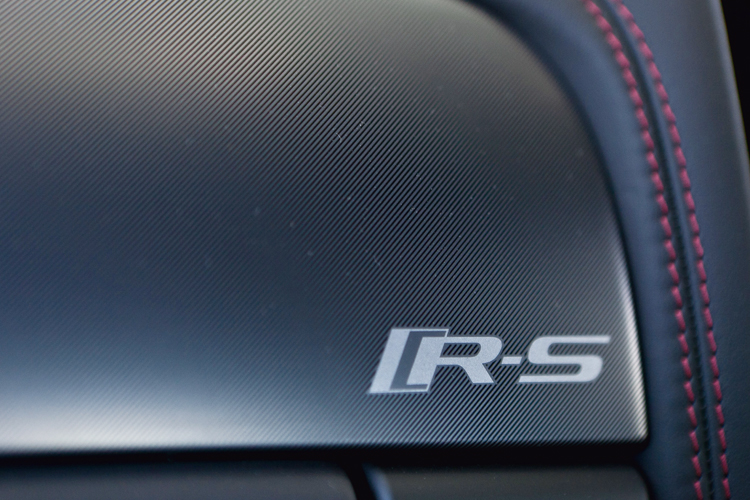 While the XKR-S looks stunning as it delivers an addictive drive, this cat is not quite perfect. The steering, for one, is way too effortless, despite the quickness of the rack. It feels like Jaguar gave its traditional (read: elderly) customers something they’d be comfortable with. The cockpit’s build quality could also be better – in our test car, bracing my left leg against the side of the centre console caused a piece of trim to squeak whenever pressure was applied. 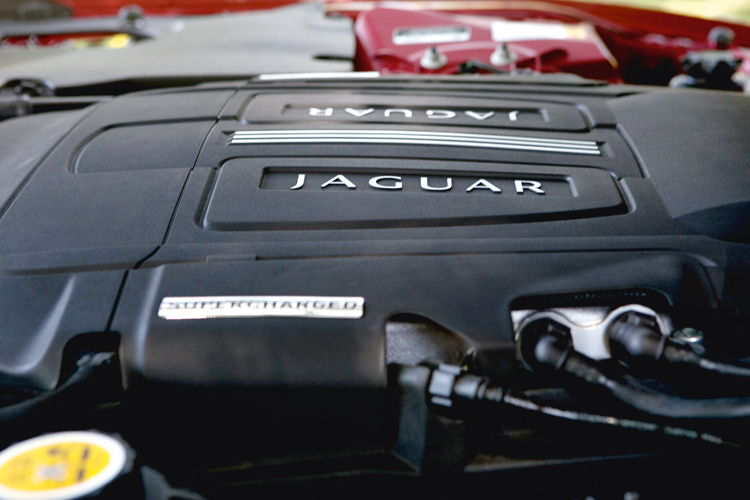 Jaguar XKR-S’ compelling supercharged 5-litre V8 has the firepower to fend off newer rivals such as the BMW M6.

Jaguar should also do something about those sports seats. Perhaps my larger-than-average frame is to blame, but try as I might, I couldn’t find an optimal sitting position – I constantly had to make minor adjustments while driving because something just felt “off”.

Where the XKR-S is really off the mark, though, is in its fuel economy figure. Jaguar claims that this coupe will do 8.1km per litre (combined), but I averaged just under 5km per litre over two days. This car is a real troublemaker… 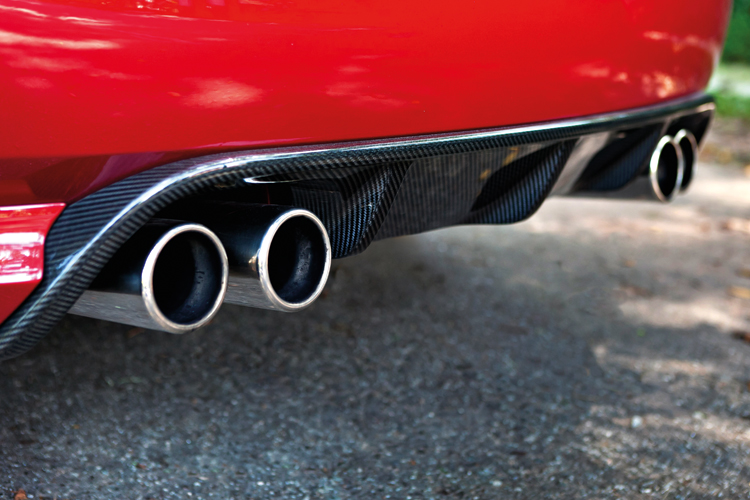 The Jaguar XKR-S is equipped with Performance Active Exhaust, which screams even louder when Dynamic mode is engaged.

I might complain about those front seats, be irked about the steering and bemoan the pitiful fuel consumption, but once that engine gets cracking and blows you away, all will be forgiven. Witnessing this Jag turn heads with its looks as it scares lesser cars with its ability is wrong, but it just feels so right.