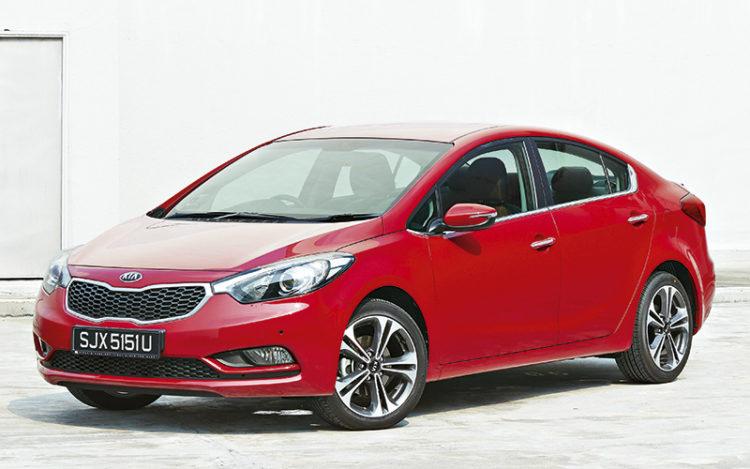 In popular culture, there’s a phenomenon known as the “sophomore slump”. This describes a band/movie/athlete’s second outing being thoroughly mediocre compared to their debut effort (yes, Jeremy Lin, we’re looking at you).

So, it should stand to reason that there’s some expectation riding on Kia’s new Forte K3. This is the direct successor to the Forte, the car that catapulted Kia, once the plain village girl of the car world, to jet-setting up-and-coming starlet. Yes, there have been Fortes before this (previously called the Cerato), but Kia will probably want you to forget about them, hence the name change.

At any rate, the Forte catapulted Kia to fourth spot on the local sales charts upon its debut in 2009, contributing to the Korean brand having a bumper year. That year, it put 4,300 new cars on the road. 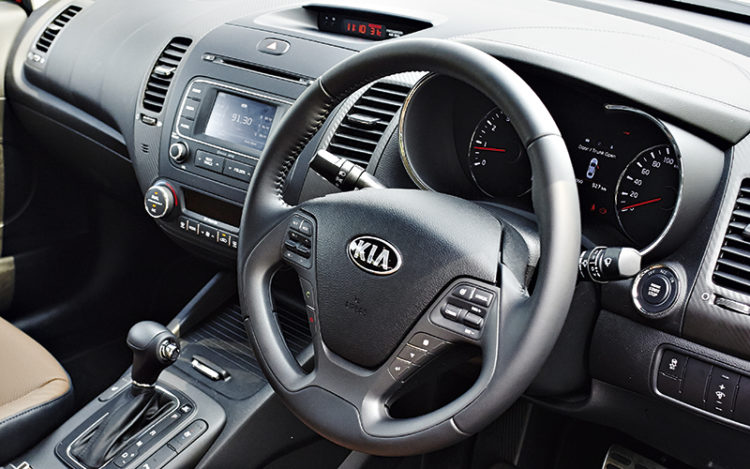 The cynics would say an abundance of COEs (leading to the Forte’s launch price of around $45,000) contributed to its success, but its smart lines, plentiful standard equipment and build quality that belies its modest price also played a part.

These days Kia will want nearly thrice that for its successor, at $121,999 (COEs are to blame), but fears of a sophomore slump should be well and truly laid to rest once you clap your eyes on the K3.

The deep red of our test car may not be its most flattering colour, and its current price may be astronomical (still cheaper than its Japanese peers, however), but the American-designed K3 is hands down the most visual drama that can be had for the money. 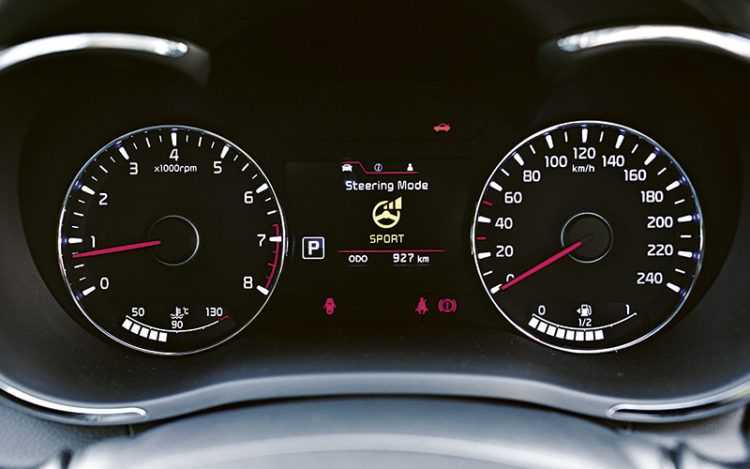 Part of this might also be down to how the K3 boasts better proportions. It’s lower, longer and wider, although the measurement of most significance is that the wheelbase has grown by 50mm to 2700mm, something that rear bench passengers will appreciate. Kia says it’s equivalent to its full-sized Sorento SUV. That might mean the K3 is inordinately large, but it might also mean that the Sorento is inordinately tiny for its bulk.

In any case, it’s a quantum design leap over the Forte (which looks decidedly ancient here) – something that’s also mirrored in the K3’s interior. Keyless entry and a starter button come as standard, and firing up the engine also cues up a neat little animation on the colour central multi-function display. 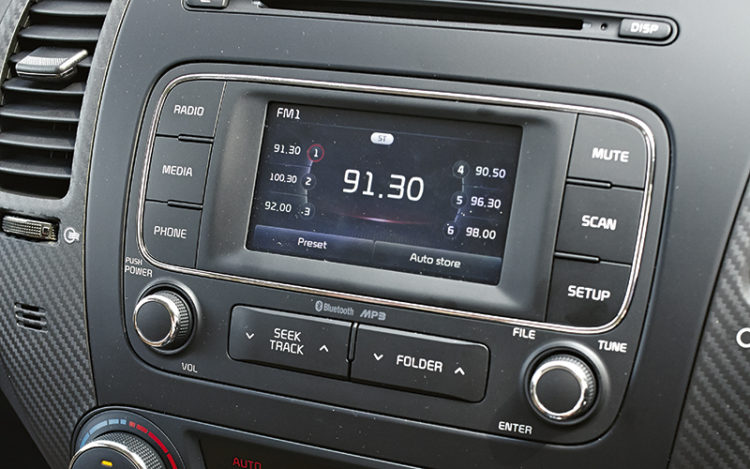 Kia has really upped its game with the K3 – it looks better, is built better and even drives better, although not because it’s a whole lot quicker. 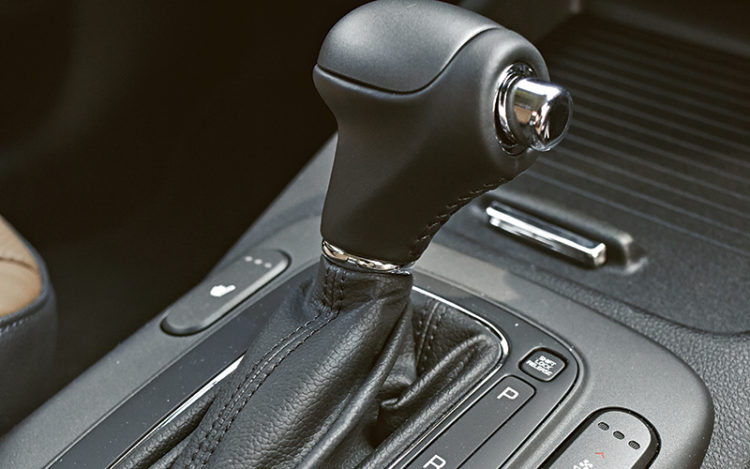 Its 1.6-litre engine is given only the briefest of massages, increasing power by 6bhp to 130bhp, and it retains the same 6-speed automatic gearbox. Despite the (marginally) improved power, its zero to 100km/h time goes up by 0.1 of a second to 11.6 seconds. However, fuel economy goes up, from 14.3km/L before to 14.7km/L.

While its drivetrain is merely competent, the K3’s improved road manners are mainly down to Kia curing its predecessor’s restless ride, thanks largely to a new, more rigid body (37 percent more so, according to Kia). This might seem a little contradictory, but a stiffer chassis allows the suspension to be a little softer, due to it not having to compensate for flex from the bodyshell. A stiffer platform also transmits fewer vibrations into the cabin. 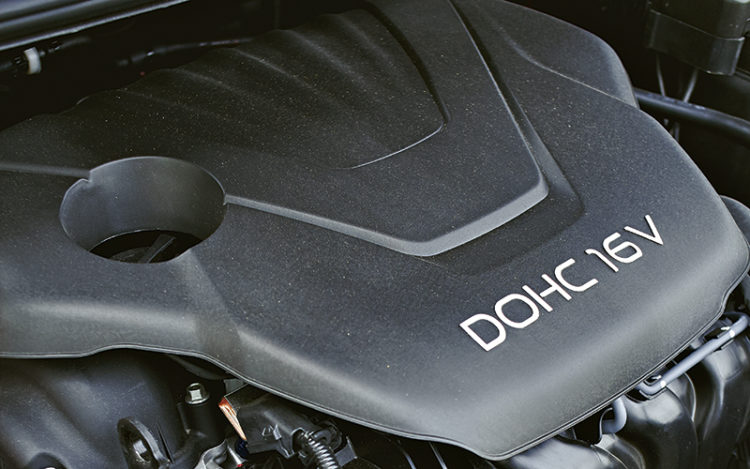 Forte K3’s motor gets just 6hp more than before.

That maturity goes rather well with its newfound cruising refinement, achieved through the use of more sound-deadening materials. It’s not like the old Forte was a clanging heavy-industrial zone, but the K3 is as silent as the proverbial tomb. It’s a significant step up, as with its design.

It all feels rather… European. The K3 is more San Marino than Seoul, and it left us wondering how Kia managed to cram this much into a supposedly budget car. 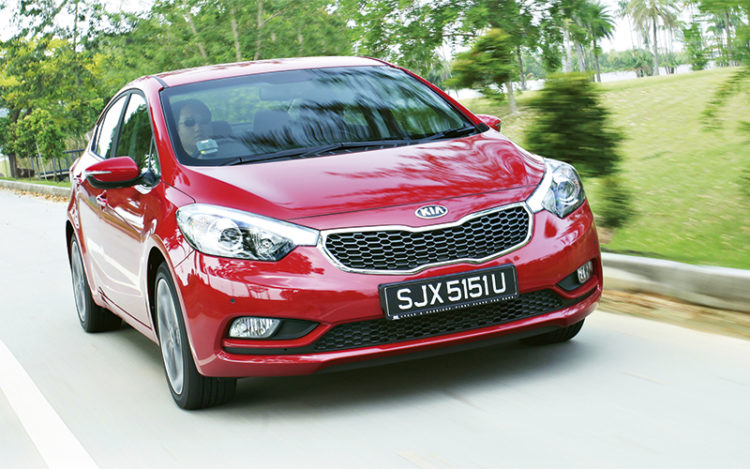 We found out the answer when we dropped some coins and went hunting under the front seat for them. There, we discovered a clump of exposed wiring as well as the flimsiness of the steering column’s underbelly.

The K3 flatters to deceive, although in all fairness, the Koreans have only cut corners in out-of-the-way places. But something that rankles a little more is the electric power-steering system.

Despite the K3’s all-around European vibe, its steering still feels distinctly last-generation. There’s quite a large dead spot just off-centre, plus the steering gains and loses weight at odd intervals, almost as if the servos are taking a bit of time to catch up between steering inputs and providing some useful assistance. 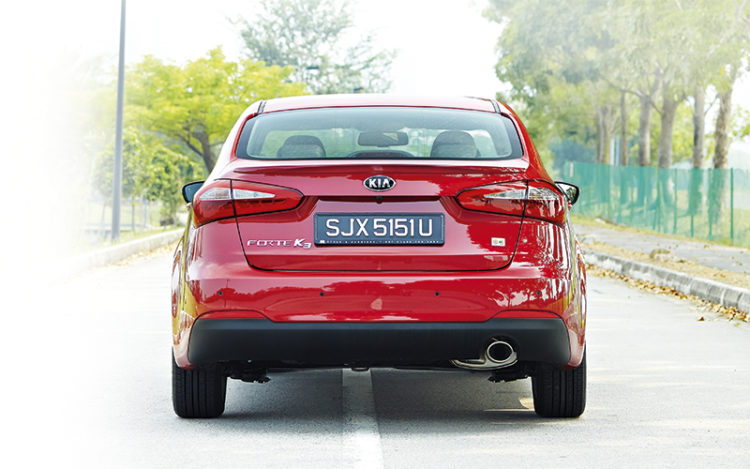 Its three-mode Flex Steer system (Normal, Sport, Comfort) just adds or subtracts weight, although it does nothing for the quickness of the rack. We found this best left in Normal, unless giving your arms a workout or having them flail wildly about due to the lack of steering heft during a drive is your thing.

Those who might have a bit of an issue with that (us, mainly) would do well to remember that the K3’s naivete is forgivable given its position as a car worth considering not just on merit of its bargain-basement price.

If you aren’t too concerned about its woolly steering, or how it emits a fairly high 160g/km of CO2 that barely scrapes it into CEVS rebate territory, or even how the addition of a turbo would make its (frankly rather pedestrian) drivetrain that much sweeter, there are plenty of reasons to spring for Kia’s latest. 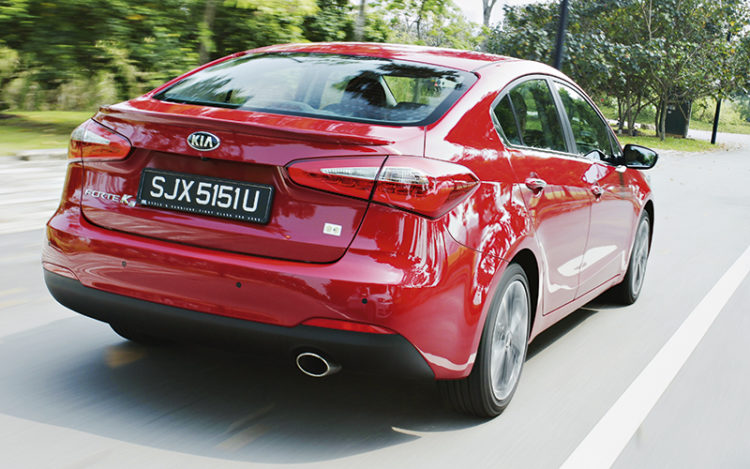 You get a lot more car than what you’re paying for, and as long as you don’t intend to tear around like a lunatic in one or go hunting for lost small items in odd places, the K3 will do just fine.

The Forte K3 clearly isn’t suffering from the dreaded sophomore slump. If anything, going by Kia’s current form, the next car to wear the Korean automaker’s compact-saloon badge (maybe they’ll resurrect the Cerato name or something, who knows?) should be a car quite worth looking out for, indeed.

Check out the 2016 Kia Cerato Forte K3 here
Read about the Hyundai Elantra here
The Toyota Corolla Altis 1.6 takes on the Volkswagen Jetta 1.4 in this shootout