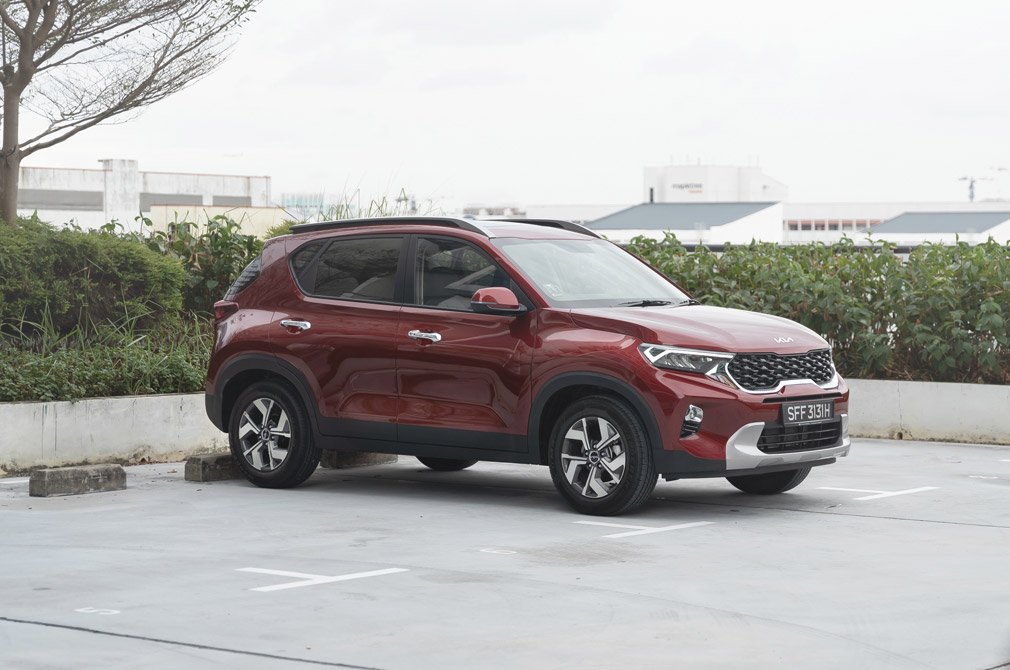 The Sonet is very much the middle child of Kia Singapore’s line-up. And its introduction comes as a surprise, too.

Within the local range, Kia offers four SUVs: Stonic, Niro Hybrid, Seltos and Sorento. Five if you include the Niro EV, and six if the new Sportage arrives.

Price and size-wise, the Sonet is positioned between the Stonic and the Niro Hybrid. It is also currently the most unique SUV in Kia’s line-up.

For starters, it is the only model whose drivetrain consists of a naturally aspirated engine paired to a CVT. Apart from the Cerato, the others either have turbocharged and/or electrified motors coupled to dual-clutch or torque converter transmissions. 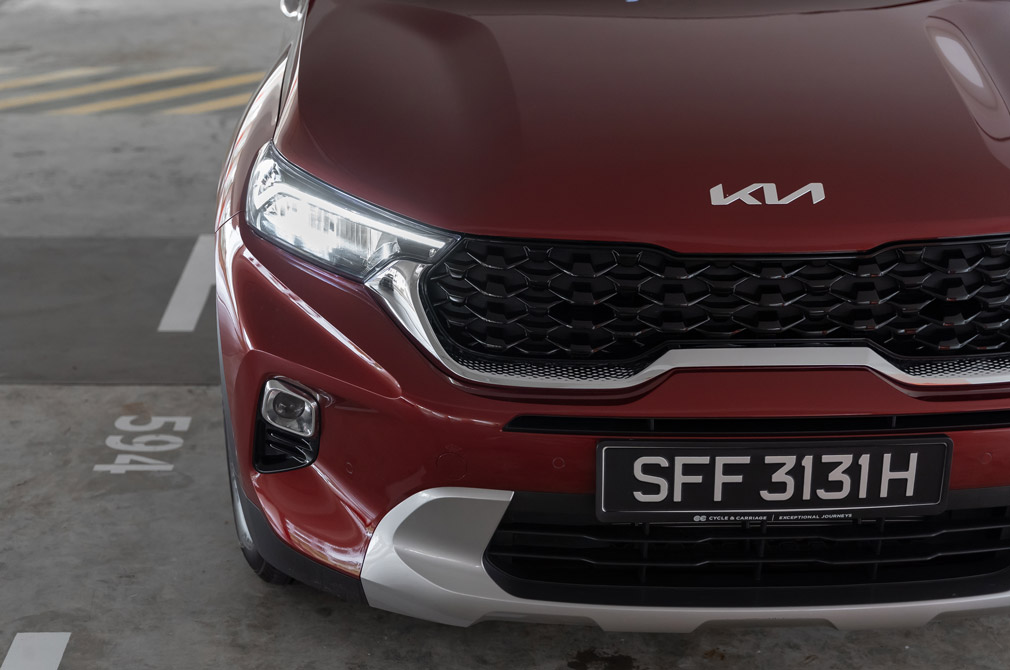 Then there’s its name. “Sonet” does not mean this is a poem on wheels. Instead, it refers to “social network”, because it will be the first Kia model that owners can connect with using the Kia Connect Lite app.

When the app is launched, the owner’s smartphone will become his or her car key. Locking, unlocking, tooting the horn, flashing the lights and starting the engine can all be done with via the app. It will be nice if it works with smartwatches as well.

Bringing luxury features to the mass market segment has always been part of Kia’s playbook. Of course, for it to be welcomed, the app will have to connect and run seamlessly to make the Sonet a convincing proposition.

There are very few “bad” new cars these days. In terms of engineering, safety and performance, how many brand-new cars can really be deemed downright horrible?

The real issue is buyers’ expectations. Which in the context of astronomical COE premiums and car prices, are likely to be out of this world.

Now back to the Sonet. Its design is fresh and not over-styled. Both the front and rear end look good, with the latter featuring tail-lamps connected by a light strip – a popular (albeit overused) design element these days. 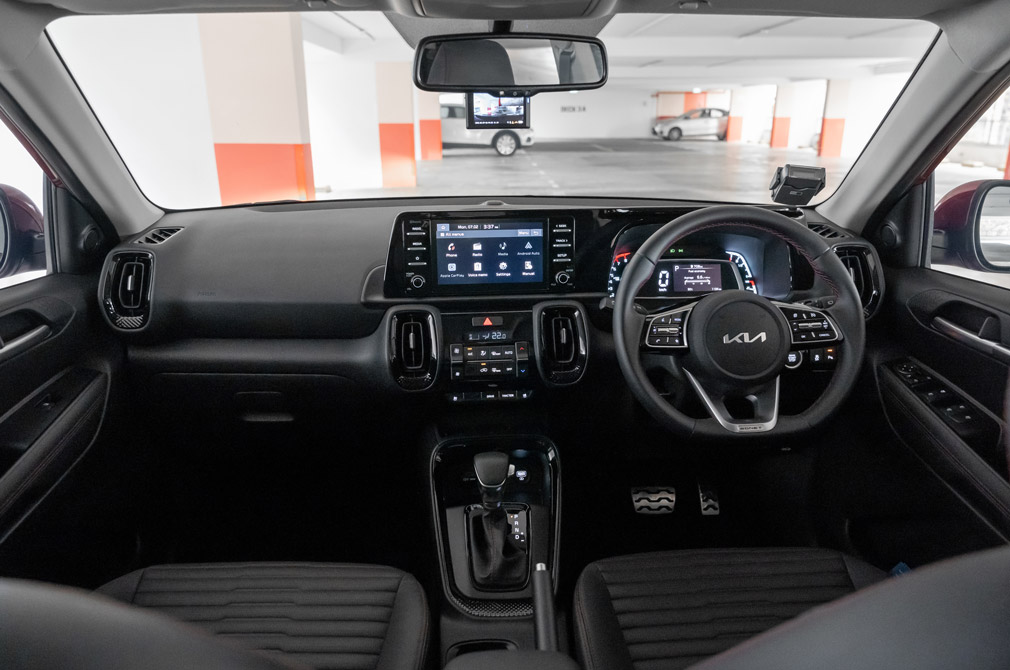 Because plenty of high-strength steel was used in its construction, the car is surprisingly light, weighing in at 1170kg. I wish the doors closed with a more solid “thunk” though.

The interior looks all right, too. The air-con vents resemble the ones from the Sorento, there’s digital climate control (one zone only) and most importantly, the front seats are ventilated.

Infotainment is presented on an 8-inch touchscreen display, and the system comes with the convenience of wireless (yes, wireless!) Apple CarPlay and Android Auto. A charging tray and connectivity ports further enhance convenience.

At the rear, legroom and foot space are reasonable, considering the 2500mm wheelbase. Standard rear air-con vents show that passengers were given due consideration. Boot capacity is a decent 392 litres (rear seats up) and 1334 litres when the backrests are folded. 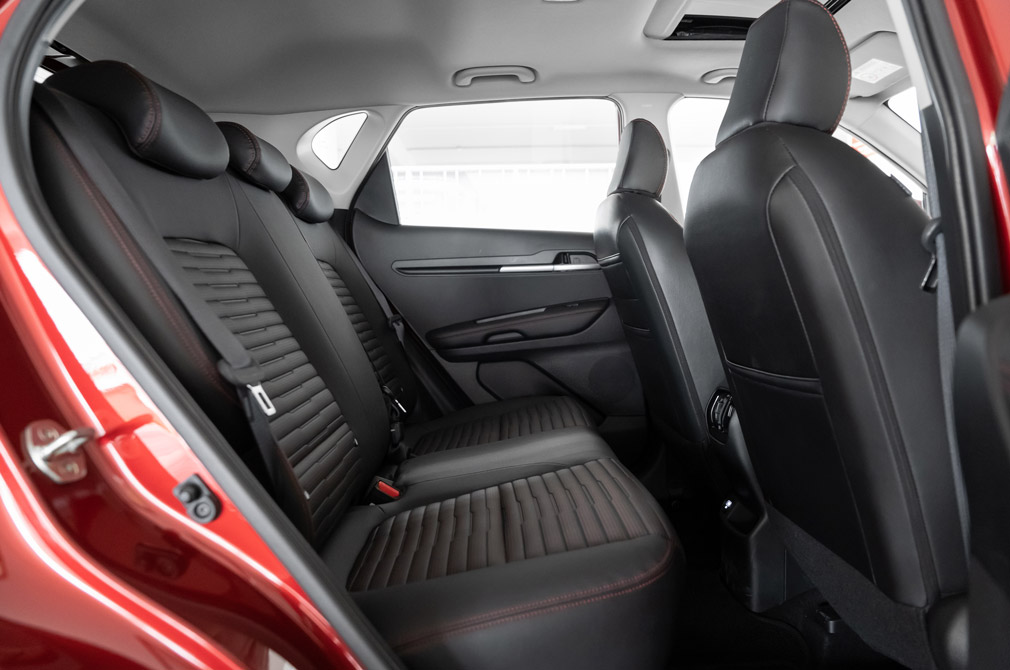 While the output is modest, the upshot is that the ponies do not have much sheet-metal to move. At full tilt, the Sonet finishes the century sprint in 11 seconds, which is actually quicker than the Cerato.

However, accomplishing this is not a pleasant endeavour, as the engine gets pretty loud pretty quick when driven hard.

On a positive note, the drivetrain is surprisingly smooth. This is one of the CVTs that does not have the dreaded rubber band feel, even when you’re pressing on. If only more CVTs were like this.

The CVT helps the Sonet cover up to 15.6km per litre of fuel. During my time with the car, which consisted of equal parts urban and expressway driving, I averaged 14.9km/L. 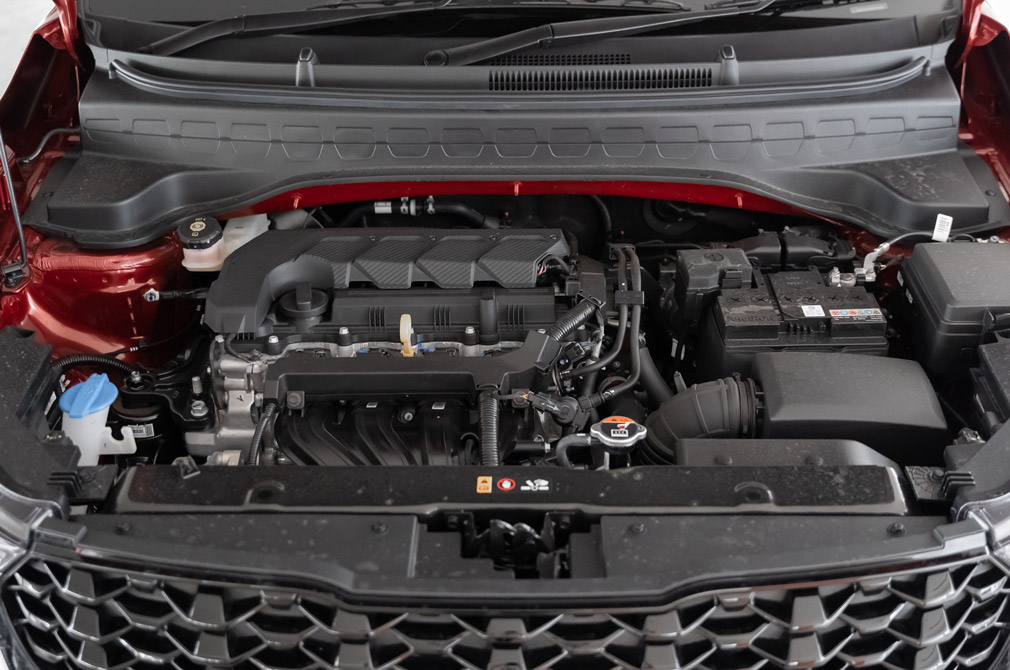 Naturally aspirated 1.5-litre won’t win any races, but it pairs well with the CVT.

The Sonet’s handling will suit newly minted drivers who want a compact SUV as their first car. Here, blind spots aren’t an issue and getting it into tight carparks won’t be too tricky either. After all, the Sonet is just a tad bigger than the Stonic.

Three selectable driving modes (Eco, Normal, Sport) are offered alongside three traction settings (Snow, Mud, Sand). These are all nice to have, though unnecessary for driving in the concrete jungle.

If there’s one thing that can be improved apart from the sound insulation, it would be replacing the rear drum brakes with disc brakes instead. Drums were probably used to reduce the overall cost, but with COEs at their current levels, I wonder if it’s worth the savings. 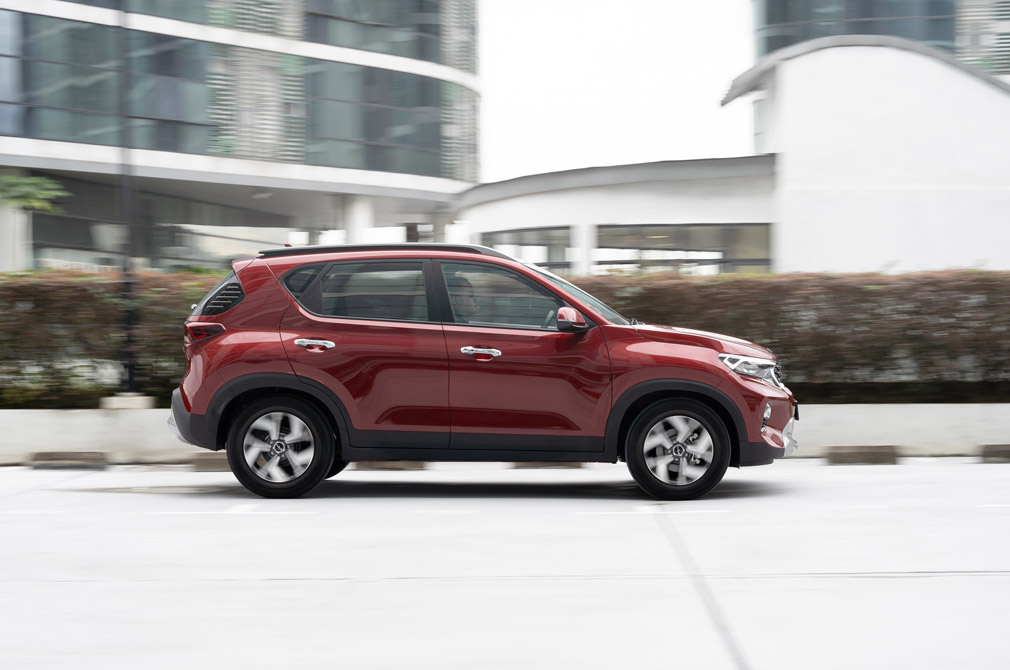 What’s unique about the Sonet is that it’ll be the first model compatible with Kia Connect Lite.

Thing is, Kia Singapore says the app will eventually be compatible with their other models. When this happens, the only thing distinctive about the Sonet will be its drivetrain. 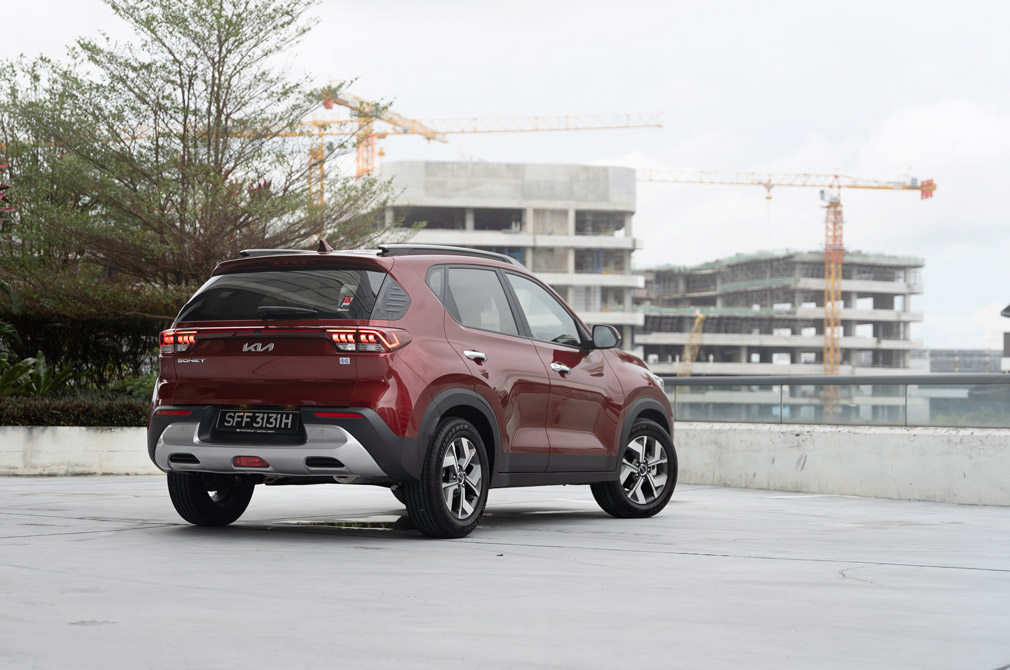