What does Lamborghini do for an encore after delivering the spectacular and extreme Huracan STO?

They offer the Huracan Tecnica, which is in essence, an STO shorn of its wings and spoilers.

The name Tecnica was used before on the little-known 2012 Gallardo Edition Tecnica, and the nameplate has now been revived for the follow-up to the Huracan STO. But I digress.

Now, wings and spoilers aren’t the only things that are missing, though. Also not seen here are the expensive CCM-R (Carbon Ceramic Metal-Racing) brakes.

These have been replaced by “regular” carbon-ceramic brakes, which have less thermal conductivity. Measuring 380mm x 38mm in front and 356mm x 32mm at the rear, the rotors are ventilated and cross-drilled for good measure.

To make up for the reduced heat dissipation capacity, more air is directed towards the wheel wells. In practical terms, it is better suited to the projected life of the Huracan Tecnica – it’s designed to be driven daily more often, with occasional jaunts to the racetrack. 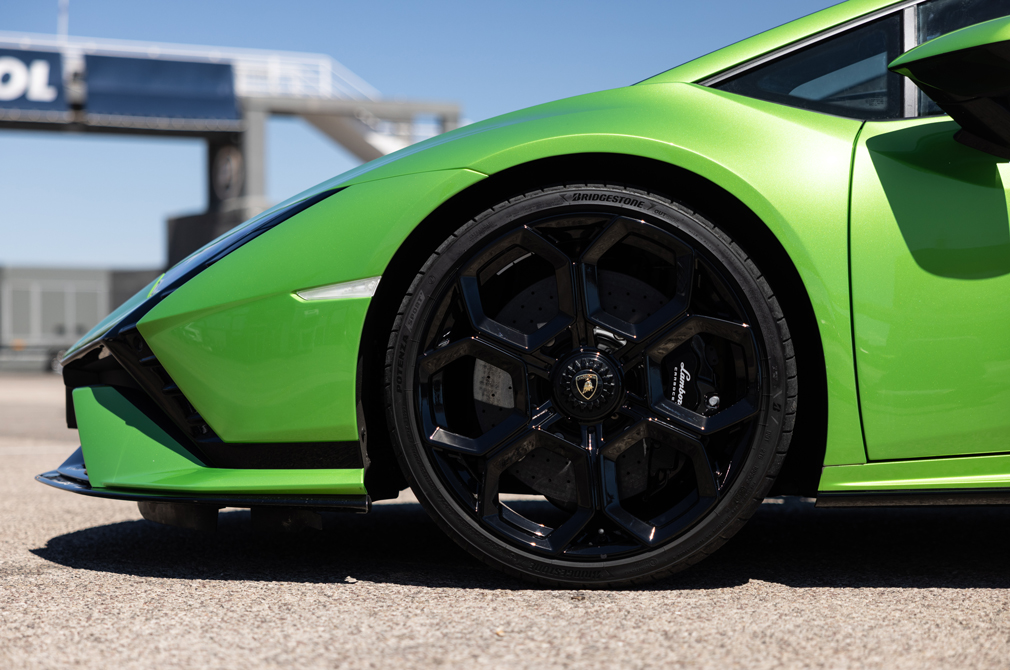 The expensive stoppers are absent, but that doesn’t mean Lamborghini did not give the Huracan Tecnica any tasty bits.

It still has the mellifluous naturally aspirated V10 with 640PS, MagneRide suspension, rear-wheel-steering and rear-wheel-drive. Those superb Bridgestone Sport tyres have been carried over as well.

The missing wings and spoilers haven’t affected the car’s ability to generate downforce either. The Huracan Tecnica delivers 180kg, which is 35 percent better than the Huracan EVO RWD.

In terms of styling, the Tecnica appears like a sharper version of the EVO RWD. It is less eye-catching, but if you like, there’s a bewildering array of body colours and trim that you can specify to make your car look anything from between mild and wild.

At 1379kg, the Huracan Tecnica is actually 10kg lighter than an EVO RWD.

It’s also a bit quicker from rest to 100km/h as well, hitting the century mark in 3.2 seconds instead of 3.3 seconds. The STO manages the same in an eye-watering 3 seconds flat, but it “only” tops out at 310km/h instead of 325km/h.

I do like the stealth looks of the Tecnica because it hides its true intentions. Okay, it looks more subtle, but Usain Bolt in a Zegna suit is still Usain Bolt. Once behind the wheel, it didn’t take me long to realise that I was in one of motoring’s great cars. The Huracan Tecnica is simply brilliant on open B-roads. It steers with millimetre precision, brimming with exquisite feel both on- and off-centre, thanks to the Bridgestone Potenza Sport tyres.

These tyres were the product of a painstaking development program which involved Bridgestone’s Italy office right from the beginning.

The development engineers were not just looking for the raw numbers which are as high as can be expected, but it needed to have comfort, good steering feedback, quick responses, progressive on-limit handling and excellent wet weather characteristics.

In the last decade or so, tyre development has progressed and attained grip well beyond what we need for normal daily driving and requires the safety of a track to exploit fully.

So, while the Tecnica can hit easily those raw numbers, the chassis engineers also tuned the chassis for a superlative drive experience even below the normal speed limits (where we spend most of our time) and not just at high speeds.

Even a quick dash for coffee can be an enthralling drive. Naturally, the Tecnica has capabilities that extend way beyond the streets. 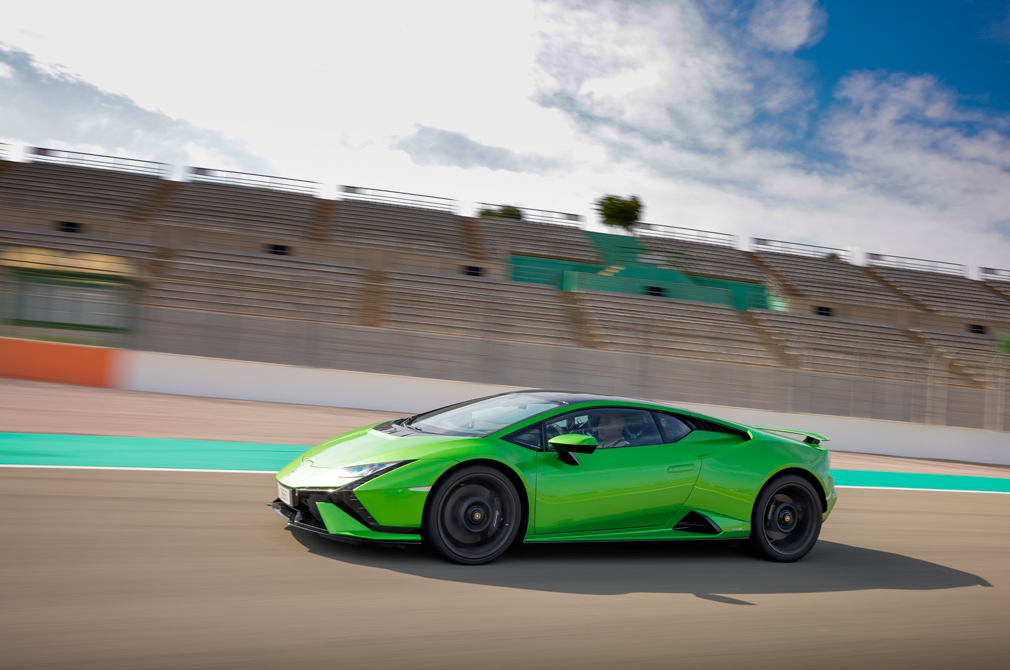 Lamborghini offers an optional track version of the Bridgestone Sport. These were on the cars we drove to the Ricardo Tormo circuit near Valencia in Spain.

Once there, I experienced a one-to-one instructor to participant ratio, with a Huracan STO serving as the pace car for our dozen or so laps.

Given the instructors’ level of expertise, they pretty much rendered the STOs untouchable. This, however, allowed me to quickly learn the track by following their lead, and reaching the limits of the Tecnica in its Sport and Corsa settings.

From my previous experience with the all-wheel-drive Huracans, the ability to use all four tyres for grip and handling provides a smaller learning curve, especially on track.

In the Huracan Tecnica, with far better communication, better tyres and better algorithms for the stability system, offers a less-daunting rear-wheel-drive experience. It is a well-sorted system, and is probably one of the best ones you can experience today.

The default Strada mode is well out of its depth on track, but it does well for everyday driving. It sets the dampers at their softest and the steering gets a bit more assist. Over rough or bumpy roads, Strada mode is best if you want a relaxed drive. 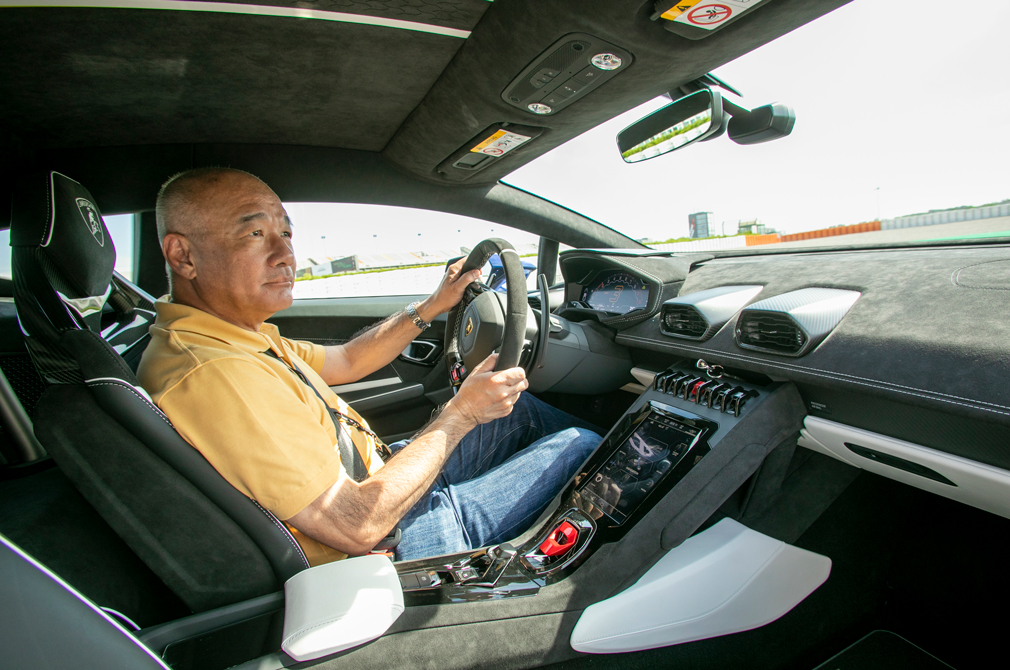 Sport mode is excellent for fast road use and even on highways, one can discern that added degree of feeling more planted and positive.

Over the sinuous roads surrounding Valencia, Sport mode was my choice as it summoned the best out of the Tecnica’s chassis and allows you to use it right up to the limit and a bit beyond.

On the track, Sport mode requires just a bit of acclimatising before one can savour some oversteer fun. Only in this setting does Lamborghini’s electronic stability system allow a measured amount of oversteer.

For faster lap times, Corsa mode would be the most useful. It’s a manual shifting mode with curtailed oversteer. It keeps the Huracan Tecnica within the traction circle limits and requires you to know exactly which gear to be in for each corner.

Corsa challenges you to be at your best and rewards you with a sense of self-validation when you get it right.

The Huracan STO was one of those once-in-a-generation gems that ticked all the right boxes, but is a bit too wild in the looks department.

By dialling it back a bit and making it more approachable, they have created a Huracan with wider appeal. Yet it remains every bit as drive-worthy as the STO.

In fact, with relatively “stealthy” looks, the driver feels less pressure to perform and can just savour the laps or one’s favourite roads. Who would have thought that rear-wheel-drive would be Lamborghini’s forte?

Indeed, the Huracan Tecnica is probably is the last chance to buy one of the best-sounding naturally aspirated V10s with class-leading handling. When the car reaches Singapore, it is likely to be priced between the EVO and STO models. 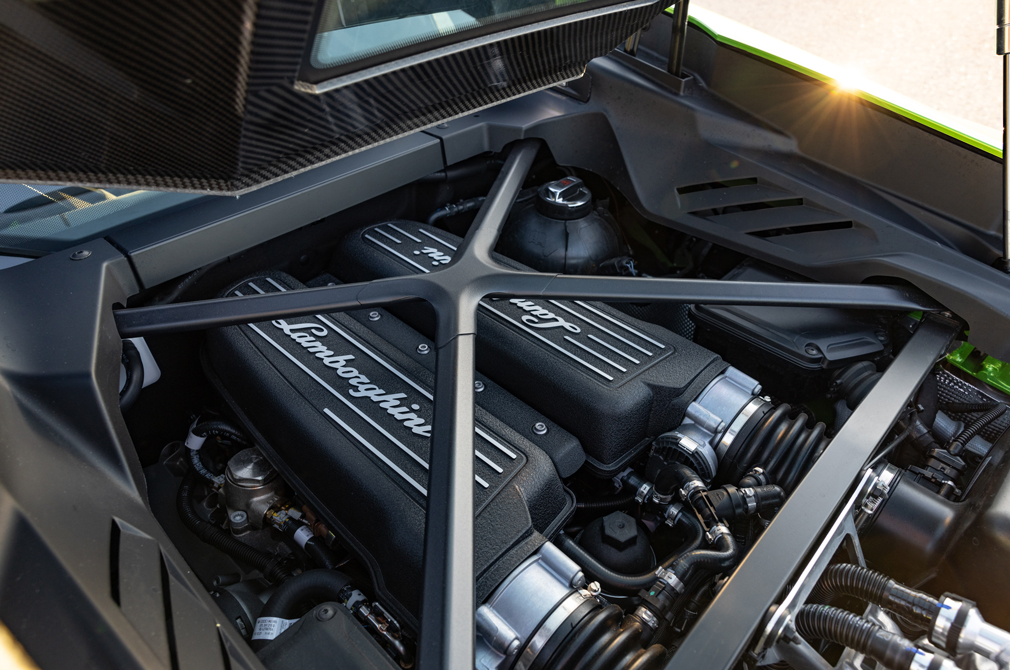