Lexus IS250 is now an even better junior executive saloon
Loading posts...
0 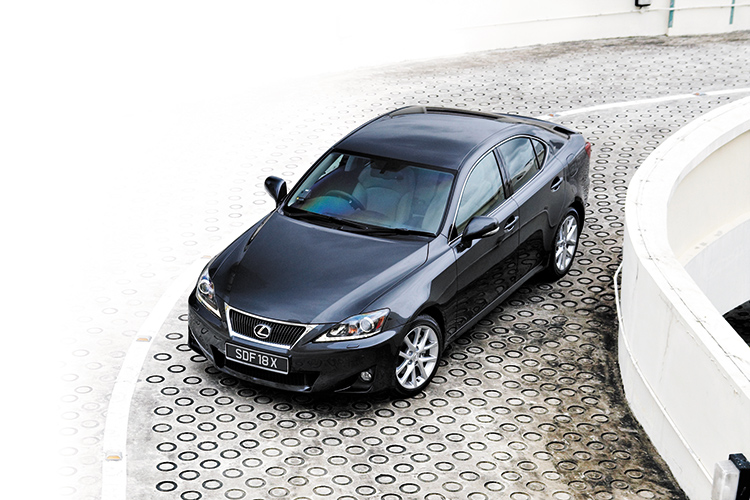 Facelifts are as common as wheels in the car industry – every model will undergo one at some point in its lifespan.

Still, it is rare when a car has two.

And it’s not like we’re talking about an unattractive or unpopular car here. The Lexus IS250 has been well received since its introduction in 2006, and the “new” version has just arrived to tempt more 3 Series and C-Class owners into switching camps.

I sampled the Lexus IS250 Premium, one of three versions available (it sits between the “standard” and Premium with navigation plus moonroof). 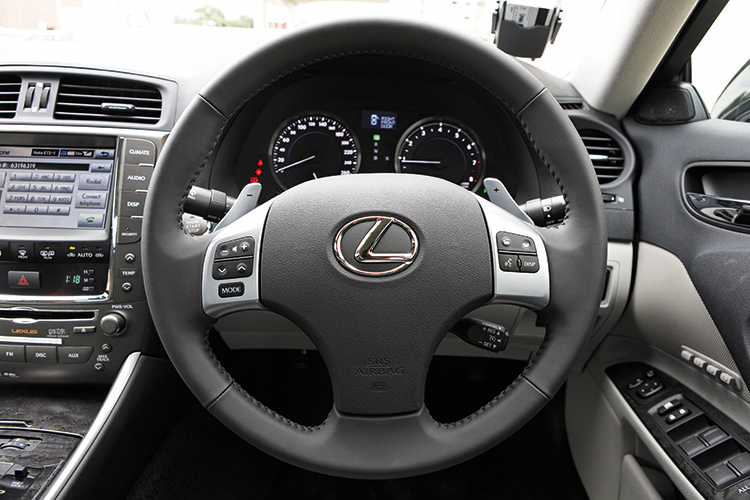 On the outside, the new bumper and grille now present a profile that harks of the one on the LFA.

The headlights and fog lamps have also been redesigned, but the most obvious inclusions are the LED daytime driving lights, which are a must-have at this price level.

The oval twin exhaust tips have been ditched for round ones (which sync better with the bumper cut-outs) and the wheels, while still 17-inch in size and 10-spoked, have been redesigned with spokes that fan out in pairs. This makes the wheels look larger and sportier.

Inside the car, the designers added bits of metallic trim in a bid to give the cabin a livelier ambience – and they have succeeded. The button controls on the steering wheel are surrounded by silver trim, as are the instrument meters and also the glove compartment.

However, it is the addition of four key items that will interest most buyers – the navigation system, reverse camera, Bluetooth-enabled phone and Mark Levinson 14-speaker audio system. 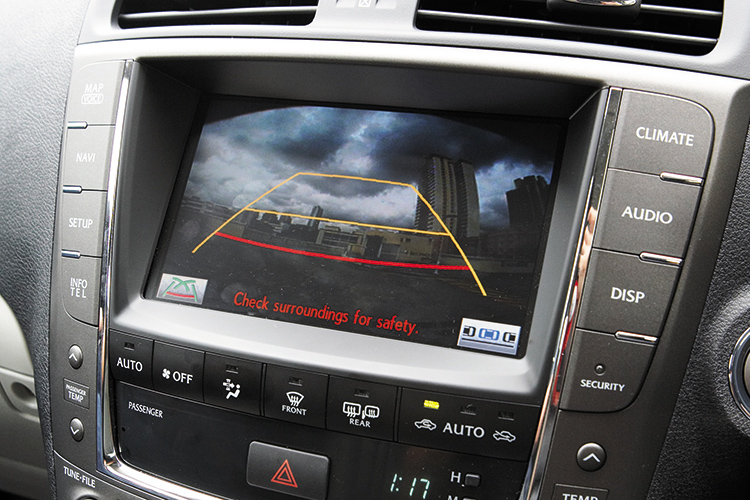 Singaporean car owners like their in-car gadgets, and the GPS-aided navigation system is a very popular aftermarket purchase.

The factory-fitted unit in the Lexus IS250 features selectable points-of-interest such as banks, eateries and petrol stations; four different views (two 2-D and two 3-D) and a wide variety of zoom options.

I like the innate simplicity of the interface, which makes it easy to use.

Mark Levinson has equipped Lexus cars with great-sounding audio systems since 2001, and this 14-speaker system is just as musically inclined – except when listening to the radio.

Disappointingly, the music sounds “flatter” than normal and this is even after tweaking the audio settings such as the bass and treble. 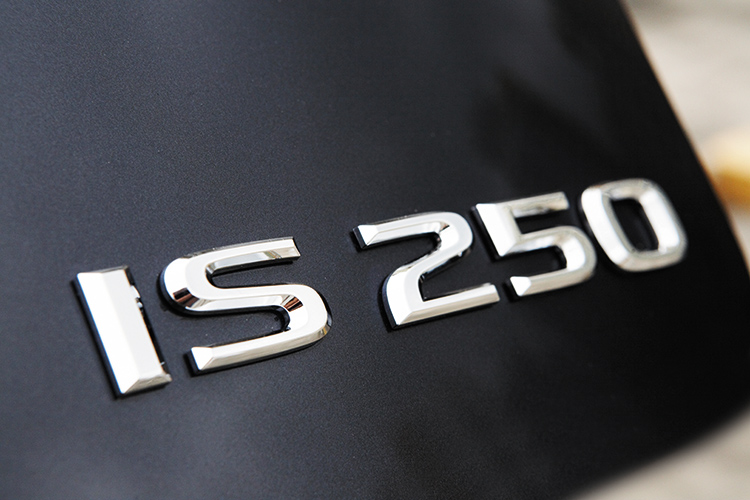 The Bluetooth phone allows the syncing of up to four handsets, and the voice of the party you’re speaking to is remarkably clear.

I tested this during a 10-minute call as I drove around the underground carpark of a shopping centre – voice quality remained crisp the entire time.

Driving a Lexus always leaves me feeling refreshed. They are quiet, comfortable and just easy to operate.

The new Lexus IS250 is no different.

Now, with its new additions and changes to make the ownership experience more pleasant (and rewarding), it should be on anyone’s shortlist of luxury compact executive saloons.