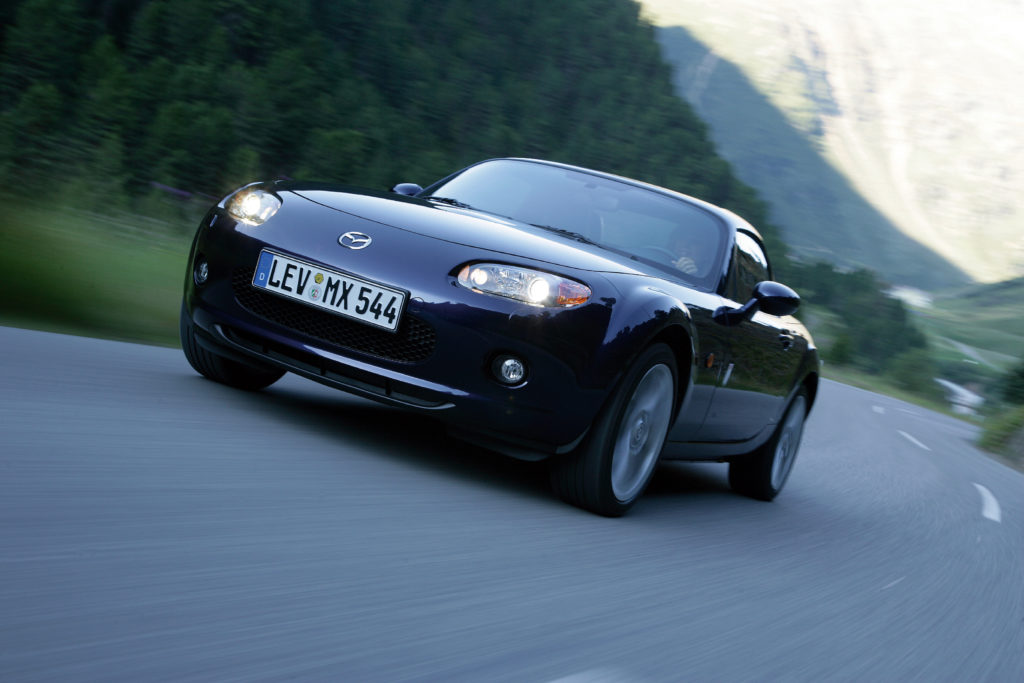 Whoever coined the phrase “You can’t have your cake and eat it” did not have hard-top convertibles in mind.

Many drivers appreciate the “cool” factor of driving a convertible, but having a rag-top comes with its share of foibles. Apart from random attacks by green-eyed vandals, soft-tops are, for the most part, less structurally sound than their coupe counterparts, which could result in annoying scuttle-shake or body-flex.

The MX-5 Roadster Coupe in Singapore represents the first hard-top convertible in three generations of the popular MX-5, although a fixed hard-top has been available for all the models.

The designers were tasked to ensure the addition of a retractable hard-top mechanism would not affect the lines of the car. The result is a gorgeous and sporty package that isn’t blighted by a droopy or overly styled backside that so many hard-top convertibles suffer from these days. Moreover, the car retains an identical 150-litre boot space as the soft-top.

Looking at the car, you probably wouldn’t believe it, but everything backwards of the windscreen and A-pillar is different from the regular rag-top. The car’s stance is wider, and a new rear bumper gives it powerful musculature. Like the rag-top, the hard-top MX-5 lacks a pair of blazing xenon headlights. Pity.

But the car is no mere styling exercise. It is made to be driven. This is evident the moment you sink into the driver’s seat. The cabin wraps itself around you, and the tedium of long highway drives is alleviated by the Bose in-car entertainment system.

Nit-pickers will probably whinge about the quality of plastics used. But don’t forget, the original MX-5 was fuss-free driving instrument first and lifestyle accessory second, even if the priorities may have evolved over the years.

The hard-top’s extra 37kg does blunt the car’s acceleration somewhat. It takes 9.2 seconds to reach 100km/h, or 0.4 of a second slower than its soft-top counterpart. But the car is mostly about
the drive, and not outright speed. On the move, the exhaust emits a sporty induction note, and the 2-litre engine doesn’t come on song until the needle is clear of the 3500rpm mark, which means a little tardiness at lower revs.

Enhanced structural rigidity for the Roadster Coupe means there’s much less scuttle-shake and body-flex compared to the soft-top, resulting in a more satisfying drive.

The suspension is firm and body-roll is kept at bay. The steering is nicely weighted to deliver an engaging drive. Like the RX-8, traction control in the MX-5 is a two-stage affair. It is only by holding the button down that the system is “completely” disabled. But like many modern electronic nannies, it cuts back in the moment excessive slip is detected. So, kicking the car’s tail out and holding it in a slide proves difficult. The handbrake does seem to “bite” rather well though!

However, that doesn’t mean you can’t indulge in a little oversteer. More enthusiastic drivers may opt for the manual-transmission variant, which features a Limited Slip Differential (LSD) for better dynamic control and performance.

After manually latching/unlatching a catch, 12 seconds is all it takes to deploy the hard-top when you hit the roof control on the centre console. The three-section roof is compact, and furls and unfurls neatly without a hair out of place.

It’s not easy keeping everybody happy. Hardcore MX-5 fans may pooh- pooh the 2007 Roadster Coupe as having lost some of the purity of the original. But the MX-5 Roadster Coupe will no doubt appeal to the masses, rather than just windswept “enthusiasts”. Indeed, its blend of style, sportiness and sexiness hits the spot. 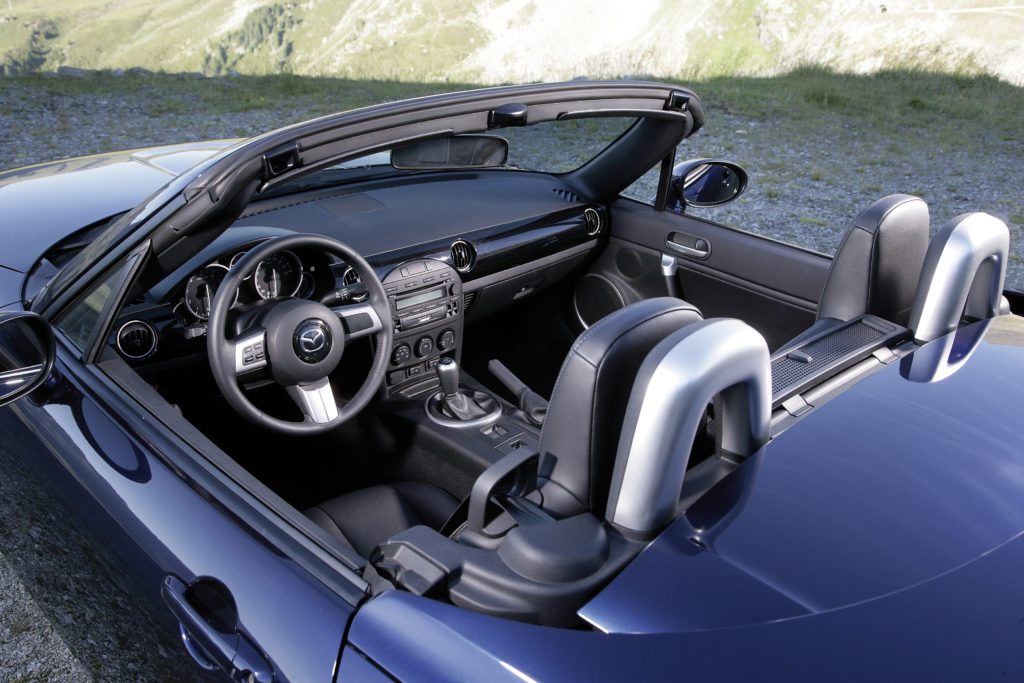