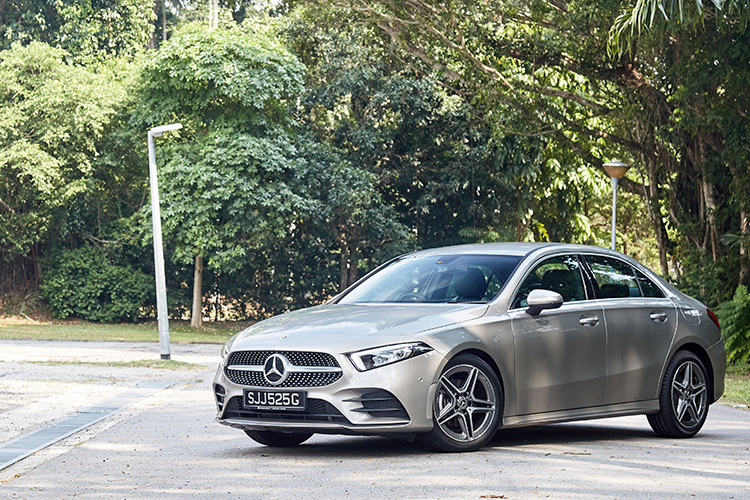 With the launch of the Mercedes-Benz A-Class Saloon, there are now three models within the A-Class lineup.

The A-Class Saloon joins the A-Class Hatchback and the CLA-Class, which it strongly resembles.

But before we get into that, let’s get the car’s main USP out of the way. The A-Class Saloon is the notchback version of the hatchback.

It is also the least expensive sedan in the Mercedes-Benz model range. 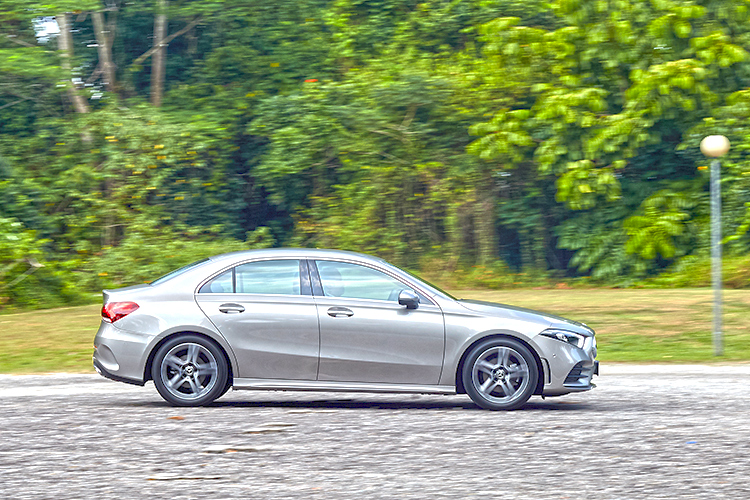 ARE THE A-CLASS SALOON AND CLA TWINS?

They do look similar, but no. The A-Class Saloon is actually a bit smaller than the CLA. And it doesn’t have the latter’s shark-nose.

Both cars have the same wheelbase. But the Mercedes-Benz A-Class Saloon offers slightly more headroom.

Settle into the driver’s seat and you’ll find that it’s pretty similar to the CLA and A-Class hatchback.

That means you’re greeted by pretty and snazzy displays. The instrument panel and infotainment are all-digital affairs.

It’s all pretty impressive. But the Mercedes-Benz A-Class Saloon is also a bit rough around the trimmings. Run you hands along the plastics and they do feel hard. 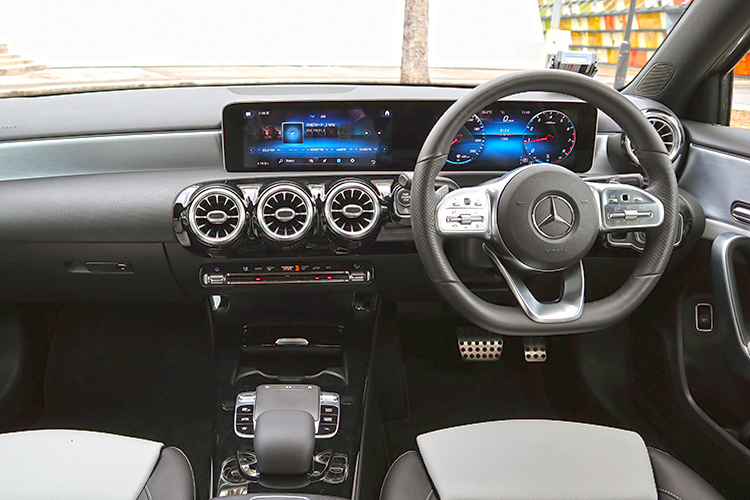 In particular, I don’t like the indicator and column-mounted gearshift stalks. (More on the latter later.) They feel toy-like when compared to the ones in the previous A-Class hatchback.

That said, I did love the mood lighting and its myriad of colour choices. You can do multi-colour lighting, too, if that’s your thing.

The air-con vents, too, are a treat to use. They’re illuminated and feel as swanky as the ones in more expensive models, such as the CLS-Class.

The brand’s MBUX (Mercedes-Benz User Experience) is also standard here. It comes with a voice assistant, which is activated by saying “Mercedes”.

Yes, you can just say the brand name to trigger it. No need to add a “Hey”. However, it sometimes mistakenly thinks you’ve called it when you haven’t. 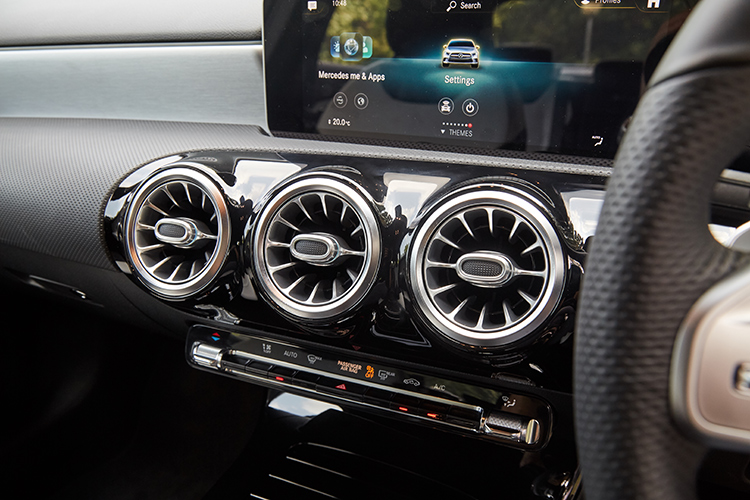 The Mercedes-Benz A-Class Saloon has a touchpad for handwriting gestures. You can also use it to interface with the menu.

But navigating through MBUX is best done via the touchscreen or the smaller touch sensors on the steering wheel. They are less frustrating and far more accurate.

As mentioned earlier, the Mercedes-Benz A-Class Saloon’s legroom is on a par with the CLA’s. But it’s got better headroom than its more expensive sibling.

That makes ingress/egress a bit easier. As for comfort, the rear bench is relatively cushy. Three adults will fit here nicely.

However, if everybody on board has a lot of barang with them, boot space might be an issue. 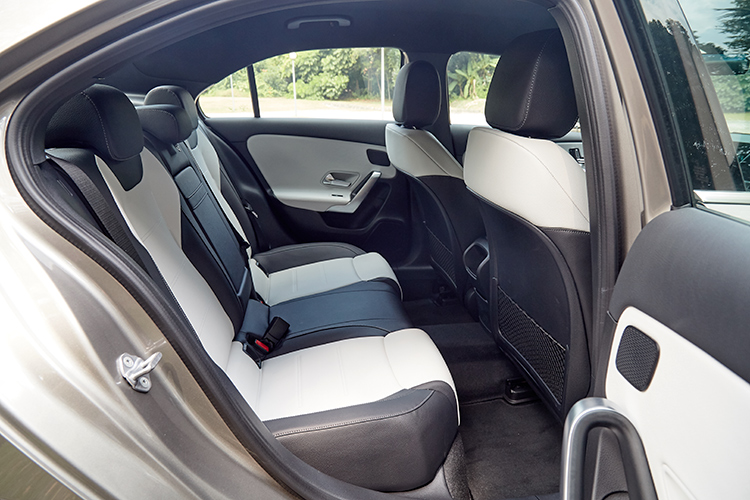 The Mercedes-Benz A-Class Saloon’s 420 litre capacity sounds decent. But it’s 40 litres less than what the CLA has.

I suppose the CLA200’s $18k premium over the A200 Saloon has to count for something besides style.

IS IT A NICE DRIVE?

It’s a bit of a mixed bag, really. Let’s talk about the good stuff first. On the one hand, the A200’s turbocharged 1.3-litre 4-cylinder is very peppy.

It pumps out 163hp and 250Nm, and gets the A-Class Saloon from rest to 100km/h in 8.1 seconds. That’s relatively quick, considering the car’s position in the Merc lineup.

There’s a more powerful A250 variant. It has a turbocharged 2-litre producing 224hp and 350Nm, with a century sprint time of 6.3 seconds.

But back to the A200. With the drivetrain in Sport mode, this is one responsive pup. It always accelerates eagerly. 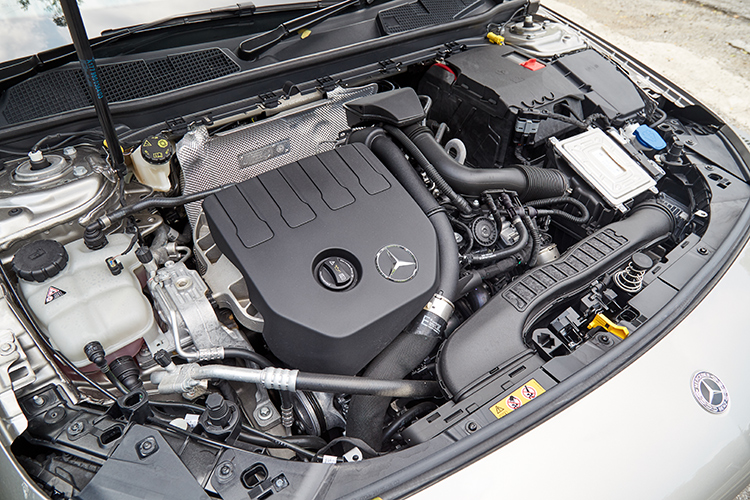 There’s a bit of roughness to this powerplant, though. Not a deal-breaker, but it has to be mentioned.

The most annoying thing about the A-Class Saloon only happens when it’s time to park. The gearshift stalk has slow responses when you want to shift from Drive to Reverse.

It’s either that or the gearbox can only engage Reverse when the A-Class Saloon is stationary. Mercedes should look into updating the software (at least I think that’s the issue). And they should do it fast.

In general, the A-Class Saloon has tidy handling. If your car is fitted with touring tyres, don’t push it. Get a set of high-performance tyres and its abilities grow. 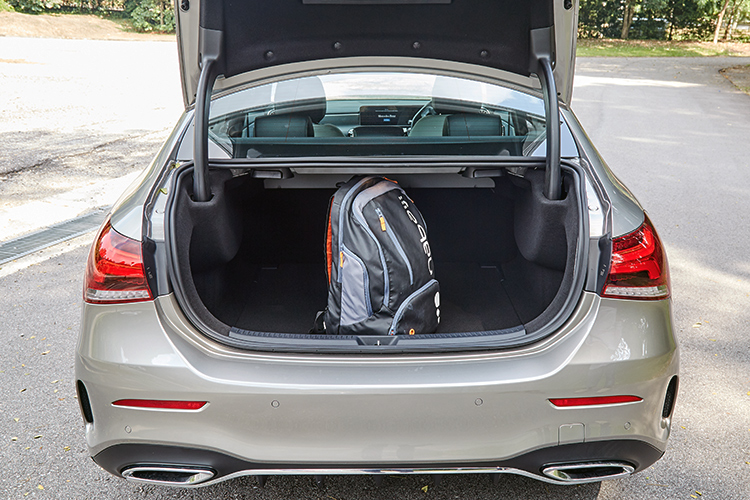 WHO IS THE A-CLASS SALOON FOR?

The A-Class Saloon is targeted at first-time Mercedes-Benz customers who prefer sedans to hatchbacks. It is currently priced at $166,888 with COE.

If we’re talking about Merc sedans, then the next “proper” saloon is the C180. But that commands a $28k premium over the A-Class Saloon.

And the C180, though more refined, does not have the A-Class Saloon’s peppy drive. 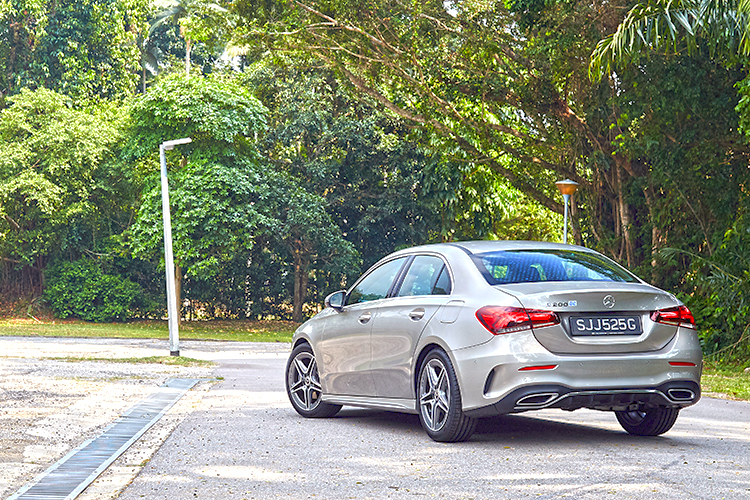