The Mercedes-Benz CLA is the “baby shark” to the larger shark-nosed CLS.

Before we go any further, let me reassure you that I am not going to talk about the song that exploded over the Internet three years ago.

If the song is already playing in your head, I apologise. If you actually thought this story had something to do with it, sorry to disappoint.

Now then, back to business.

When the latest Mercedes CLS broke cover, I was impressed with the new head-turning design. But it was when I first saw the car in the flesh (metal?) that I was really stunned.

The new shark-nose design suits the CLS to a T. I think it looks great from any angle. In fact, I cannot imagine the current model not looking the way it does. 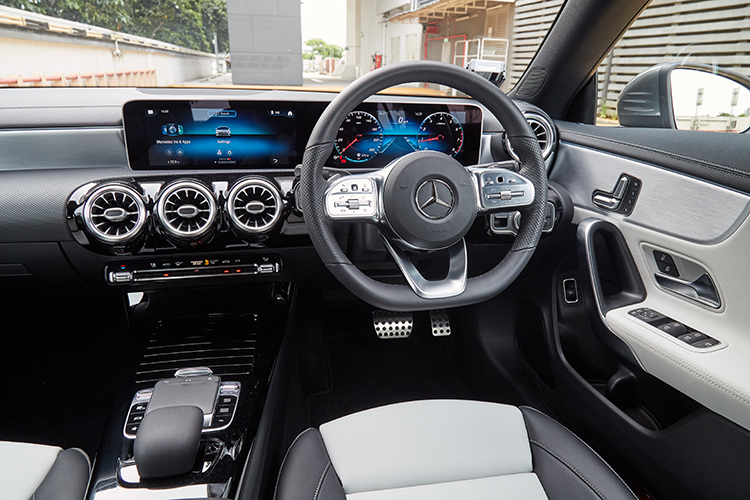 I had a hunch that Mercedes would again ensure that the CLA would be the “junior” version of the CLS. But I also wondered if the styling would look good on a smaller model.

With its longer, lower and wider dimensions, the new CLA has a “grander” presence. The “bling” grille, which first appeared in the last-gen A-Class, suits the CLA. Surprisingly, this design element hasn’t aged either.

There are few surprises when I settle into the driver’s seat, though. I’m greeted by the MBUX (Mercedes-Benz User Experience) system and its gorgeous screens, angled dashboard and turbine-like air-con vents.

Unexpected, though, is the large touchpad that can also be used to control the infotainment system. Compared to the touchscreen interface, steering wheel controls and control knob (found in other models), it feels cumbersome to use. 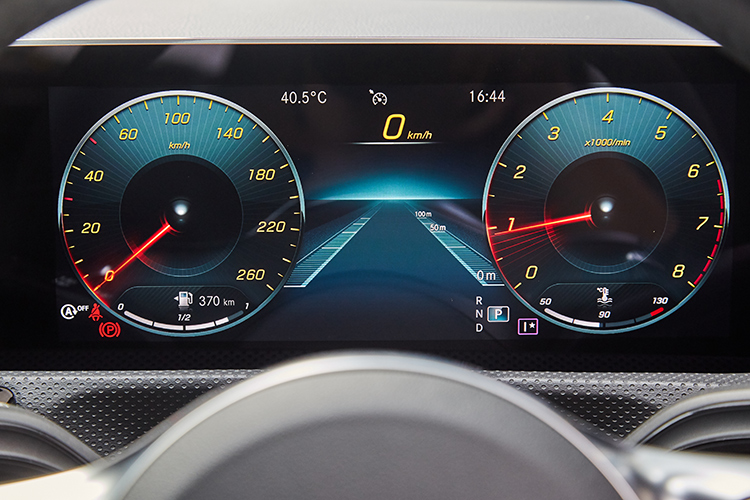 More welcome, on the other hand, is the better placement of the brake pedal. In the previous Mercedes-Benz CLA, A-Class and GLA, it was too close to the driver.

If you were over 1.7m tall, this meant having to move the seat back further than expected while hoping you had arms long enough to still reach the steering wheel.

The Mercedes CLA’s driving position feels very similar to the one in the CLS’. If this was the carmaker’s aim, then they have succeeded.

Mercedes seems to have stumbled in terms of backseat accommodations, though. The latest CLA’s wheelbase is 30mm longer than before, but overall legroom boasts a mere 1mm increase.

What happened to the other 29mm?

Backseat space for two occupants is decent, but it’ll be awkward for the centre passenger, who has to contend with a floor protrusion and a smaller headrest. Strangely, there is less boot space than before, with the cargo hold having shrunk 10 litres to 460 litres. It does offer flexibility, though, thanks to its 40:20:40 split-folding rear seats.

Also smaller is the engine that powers the CLA200. Its displacement is now 1.3 litres instead of 1.6.

However, the turbocharged 4-cylinder motor is more powerful than before, with 163hp (+7hp) and 250Nm. And despite sounding less than pleasant, it is eager, tractable and most importantly, highly responsive.

Even in Comfort mode, the Mercedes-Benz CLA 200 keenly leaps off the line when you put your foot down, sending both speedometer and tachometer needles surging towards the right. In the Sport setting, this behaviour is even more pronounced. 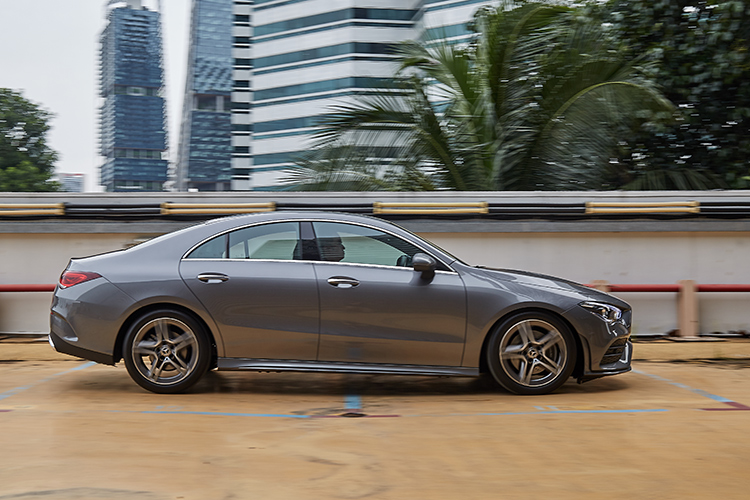 The Merc CLS I drove last year handled more like a grand tourer than focussed sports car, and the same is true of the CLA. However, owing to its smaller and lighter body, it does feel light on its feet.

It corners neatly, with understeer only setting in if you persist in with a ham-fisted driving style. Fitted with high-performance tyres instead of touring ones, the CLA’s agility should rise by a notch.

What the CLA does need is more steering feel and feedback. The helm is light and accurate, but if you had to string together a series of corners (won’t happen in Singapore), this could become an issue.

Most buyers, though, will have no issue with what the CLA brings to the table. Like the CLS, the CLA is a style statement. The fact that it is also fairly roomy and somewhat practical is a bonus.

So, will the Baby Shark become as popular as its predecessor?

This will really depend on how buyers react to the new A-Class Sedan, which is debuting in a few days’ time. 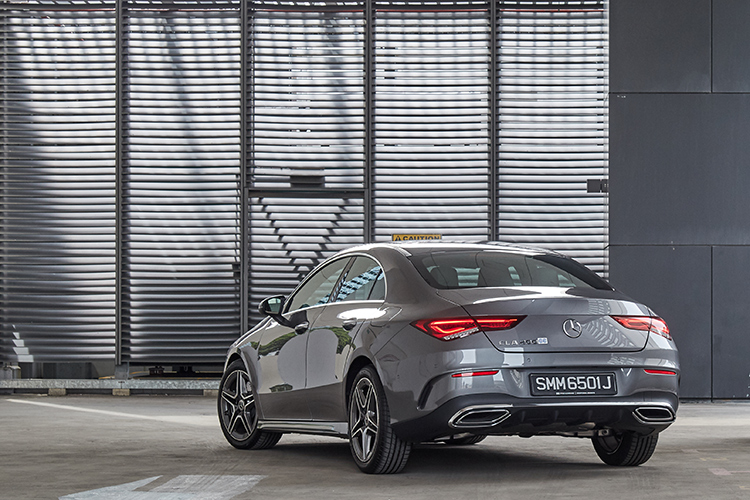