Mercedes-Benz B-Class B200 review: Sport Tourer gets an A | Torque
Loading posts...
0 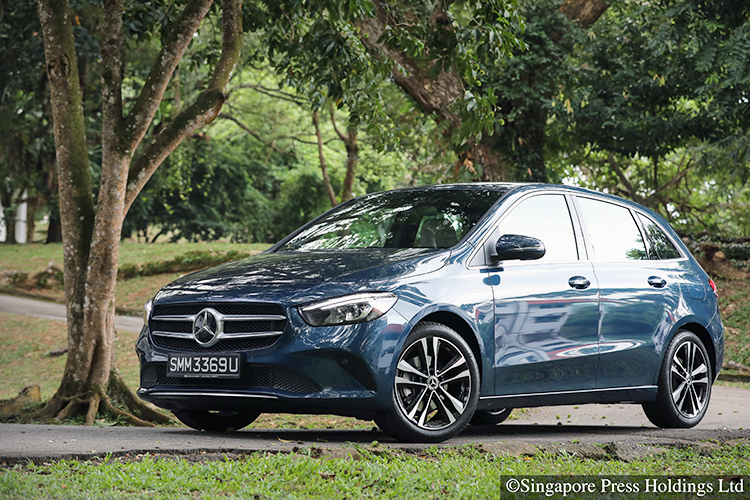 Mercedes-Benz has never really made a hit of the B-class.

The model was always merely an inflated version of the small and clever A-Class, if a little duller.

But what a transformation it has undergone since.

The third-generation Mercedes-Benz B-Class sparkles. Its exterior is not as dowdy as its predecessors.

In fact, it looks pretty good – urbane, unpretentious and un-SUV.

Stretched a little longer, compressed a little lower, and with wheels positioned closer to its four corners, the car appears more dynamic – even if it is still chubby when compared with the now lean and mean A-Class.

With a 2729mm wheelbase (30mm longer than before), the Mercedes-Benz B-Class offers more interior space.

There is still a big hump in the middle of the floor, but that does not affect the roominess in the second row.

Legroom rivals what a car one size bigger offers. The boot is also sizeable. With the rear seats folded, you get 1540 litres of stowage.

The B-Class seats are cushy and upholstered classily. As with its predecessors, getting in and out of the B-class is easier than in a sedan or hatchback. Seats in the A-Class, for instance, are 90mm lower.

2019 Mercedes-Benz B-Class is a better B

The B-Class cabin is beautifully done up, offering a modern premium ambience with the aid of variable LED mood lighting (even the turbine design air-conditioning vents have their own illumination), a two-tone fascia made of quality plastics and tastefully applied metallic inserts.

The B200 has two 10.25-inch tablet-style displays that stand side by side to form a widescreen display – infotainment on the left and instrumentation on the right. 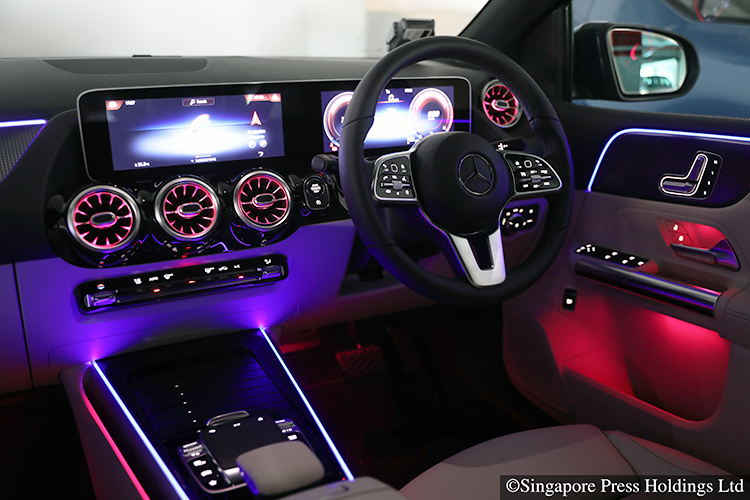 Configurable mood lighting lets the driver choose a colour combination that suits his or her mood.

A finger pad with a palm rest allows you to scroll through the car’s functions and information easily.

Streamline switches that are tactile and logical complete an ergonomical cockpit, which will not look out of place in a $200,000 car.

A multi-function steering wheel found in all recent Mercs come with paddle shifters, along with a familiar column-mounted gear lever found in practically all Mercs – even the high-performance C63 S reviewed last week.

Substantially more refined than the previous B200 and packing more oomph than its 1.6-litre engine, the new B200 goes about its business with impressively low revs.

Yet, when extended, it obliges by piling on the revs quickly. It is still not the quickest car in town, nor the best-sounding.

But for such a small displacement, it has an unstrained demeanour that grows on you.

The Mercedes-Benz B-Class chassis is also a big improvement over its predecessor’s. It offers a fine balance between ride and handling – second only to Peugeot’s class-leading 3008.

The B200 is slightly bigger, but is niftier around corners because of its quicker steering and superior visibility.

The only letdowns are the B-Class doors, which often require more force than usual to secure.

The car has a suite of premium amenities, including keyless sensors on all four doors, power tailgate, navigation, memory seats, profile settings for multiple users and smartphone pairing.

These would have come to nought in shoddily built cars. But the new B-Class, I am happy to report, is not one. 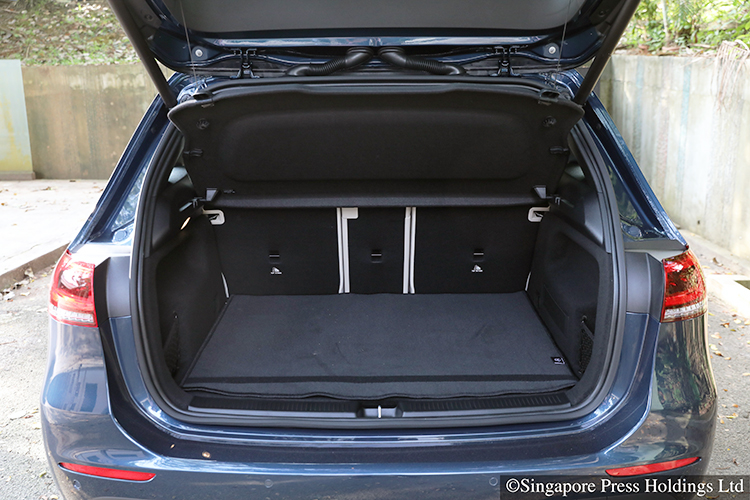 Rivals to the Mercedes-Benz B-Class include the BMW 2 Series Active Tourer and Volkswagen Golf SV.