If you’re one of those MINI fans who have been yearning for the brand to return to its minimalist roots, you’ll be sorely disappointed with the new Clubman.

The latest version isn’t just larger than its predecessor, it is also the longest MINI to date and boasts the most doors (six) of any model in the range.

To rub more salt into the wounds of said fans, the new Clubman is also the most upmarket MINI to date. 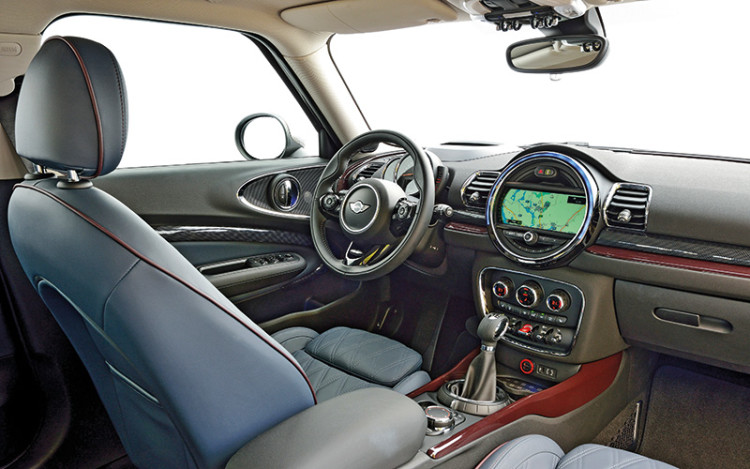 MINI enthusiasts might have forgotten, but the original version was also positioned above all other variants within the brand family.

According to the carmaker, its models are growing larger in response to market demands. MINI traditionalists might complain the most, but it’s obvious they’re not the ones driving the brand’s growth.

The new car’s lengthiness is apparent the moment you walk up to it. Compared to its predecessor, the new automobile is 292mm longer than before, and has a wheelbase that measures 2670mm. That is a whopping 123mm increase in wheelbase length compared to the older model. 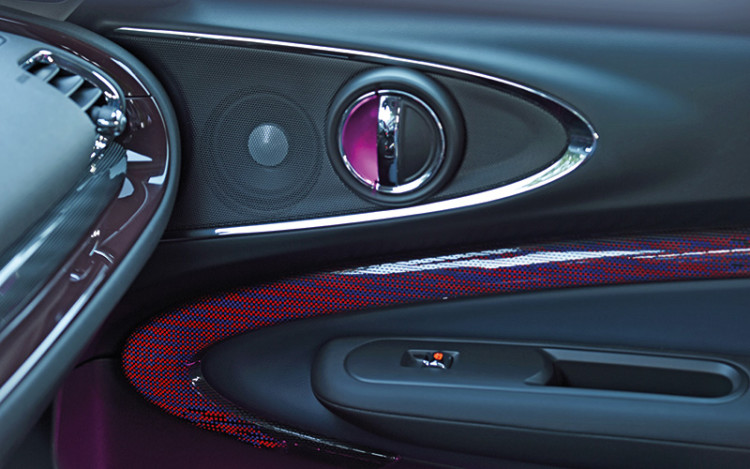 At this point, it sounds as if the Clubman is ridiculously long. On the contrary, the estate’s overall length of 4253mm is the same as a Volkswagen Golf’s.

However, like the older model, the latest version remains unique, thanks to its vertically split tailgate, which results in a pair of “fridge doors”. 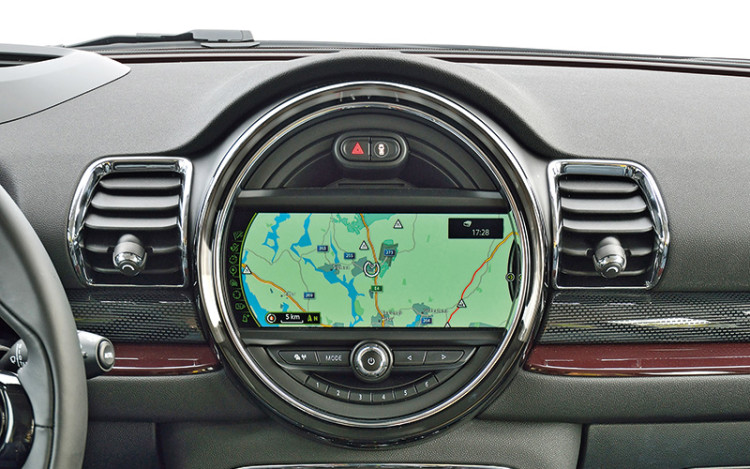 Open those and you will discover that the boot has grown more useful than before. Luggage capacity is 360 litres with the rear bench upright, and 1250 litres with the backrests folded. These figures are respectively 100 litres and 320 litres greater than what the previous Clubman offers.

When specified with Comfort Access, one of several MINI firsts introduced with the new Clubman, each of those “fridge doors” opens when the user performs a kicking action below the rear bumper. Opening both doors, however, takes two kicks – the first kick only unfolds the right door.

I was told that the sensor activating this function, which is located beneath the rear bumper, is smart enough to only open the door when it senses the kicking action. 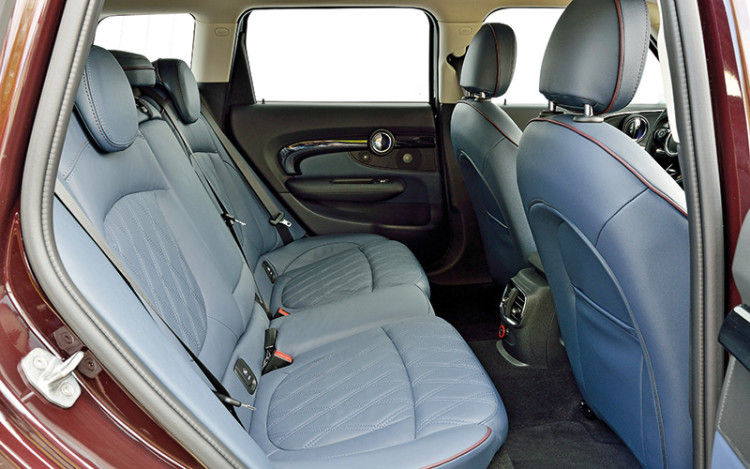 Unfortunately for dog owners, your pooch can’t open the tailgate by wagging its tail. In hindsight, that would have been a nifty trick to teach your pet.

More than nifty is the Clubman’s cabin, which has an ambience comparable to the interior of a classy lounge. In fact, it is the most upmarket of any MINI model to date.

Apart from the powered tailgate, the new Clubman is the first MINI to have electric seats, Comfort Access and an electronic parking brake. 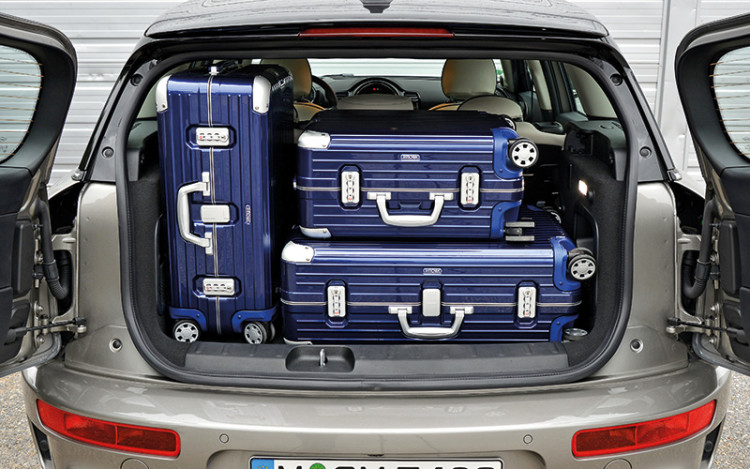 I was told during the drive, however, that electric seats are only optional for Singapore-bound units. Bummer.

Further setting the Clubman apart from “regular” MINIs are details such as rectangular air-con vents (another first for the brand) and optional colourfully backlit door panels illuminated by LEDs.

According to Oliver Sieghart, who designed the Clubman’s interior, the designers had to persuade the pragmatic engineering team to incorporate this aesthetic option into the doors. 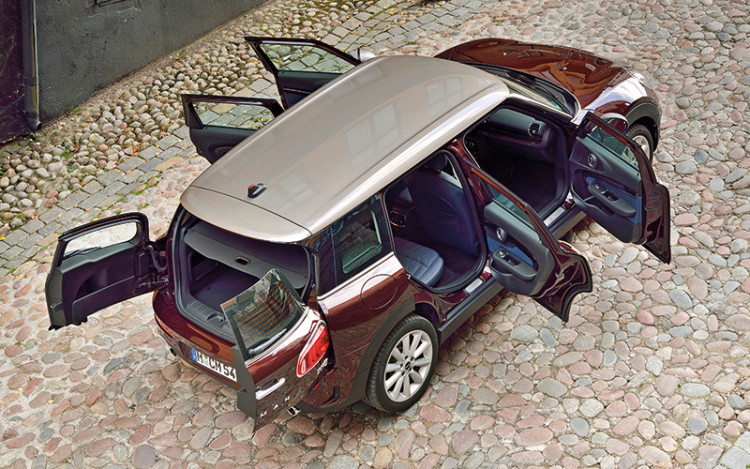 Herr Sieghart, however, is quite content with how the cabin design turned out. He got everything he wanted except for a bigger infotainment screen, which he said would make using the sat-nav function even easier.

Also sure to be pleased are the Clubman’s backseat occupants, for there is enough legroom for them to stretch out, even if the driver and front passenger are both 1.8m tall. My only grouse is that the rear backrests are relatively short. 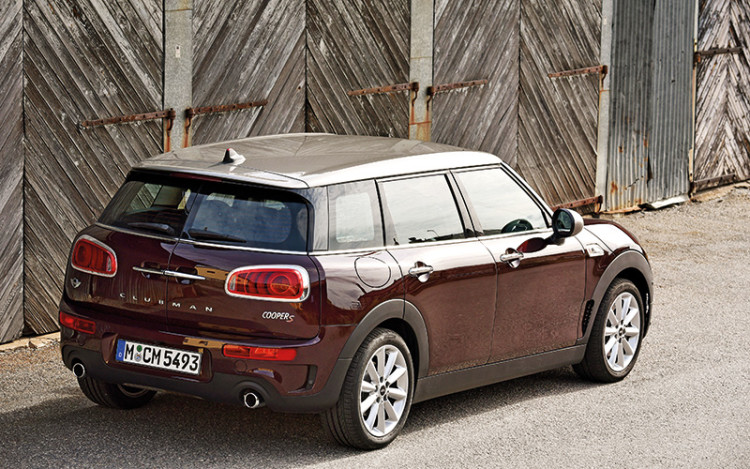 This claim, however, is a bit overstated because MINI has traded outright agility for a helping (or two) of stability. The car feels more like a grown-up, as opposed to an exuberant teen.

Clubman enthusiasts who are also keen drivers might want to wait for the John Cooper Works variant, which is currently in the works (no pun intended).

The Clubman has decent turn-in, but its nose doesn’t feel as sharp as the Cooper S 5-Door’s. Nevertheless, this estate’s stability and more pliant ride – I daresay the most comfortable of any MINI – are most welcome. 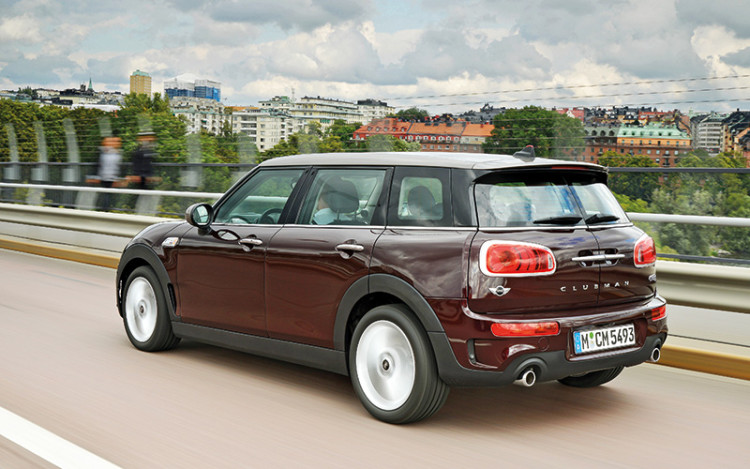 Undulating tarmac no longer results in a choppy ride, so longer drives, such as the 280km distance I covered over two days, won’t be as tiring as anticipated.

Powering the Cooper S variant is a turbocharged 2-litre engine producing 192bhp and 280Nm. It provides enough poke for the Clubman to hit 100km/h from rest in 7.1 seconds, and delivers the power in a linear fashion.

Paired to the motor is a ZF 8-speed automatic gearbox. This is the first time that any MINI has had more than six forward ratios, and the transmission works very well with the 2-litre motor.

The 8-speed auto, however, is only available in the Cooper S and Cooper D variants of the car.

As expected, the ZF gearbox delivers quick and imperceptible gearchanges. It would’ve been nice if the test car came with paddle-shifters, as they would have enabled me to more easily exploit the engine’s powerband.

Then again, the Cooper S Clubman is so well-insulated (its cabin is possibly the quietest in the MINI range) that any naughty sounding “pops” from the exhaust won’t be heard anyway.

Fashion-conscious motorists and first-time MINI buyers looking for an equally stylish compact estate will probably fall for the new car. As MINI’s flagship model, it blends comfort, spaciousness and practicality in a very elegant package.

But MINI traditionalists shouldn’t feel disheartened. After all, given the brand’s penchant for being unconventional, the new Clubman is actually the most offbeat model in the carmaker’s range. 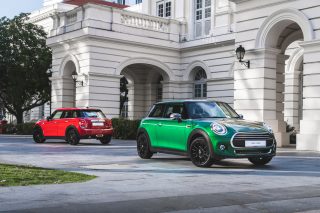 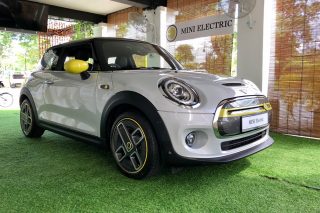 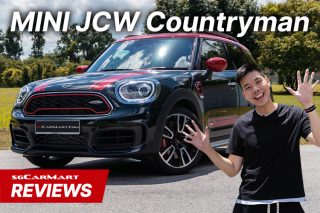