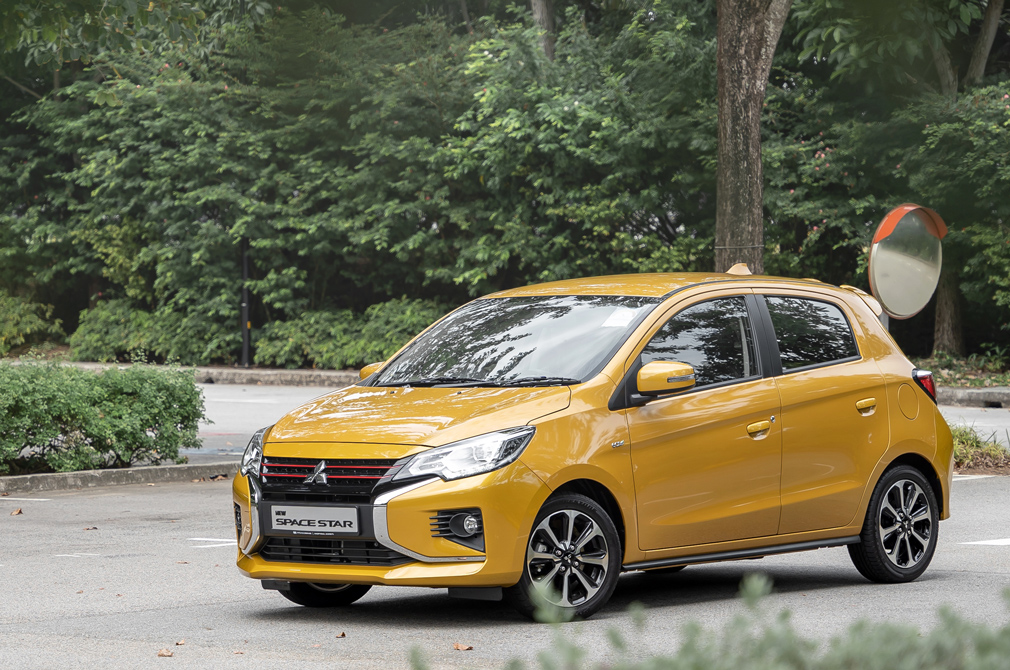 A motoring industry veteran lamented to me a few years ago that there were no more “basic cars” that young drivers could aspire to own.

A “basic car” refers to a no-frills model that is relatively affordable for someone who has been working and saving for a while.

When that conversation took place, COE premiums were higher. They put bread-and-butter models out of reach of many.

Today, premiums have come down. And first-time drivers have attainable options, such as the Mitsubishi Space Star hatchback. 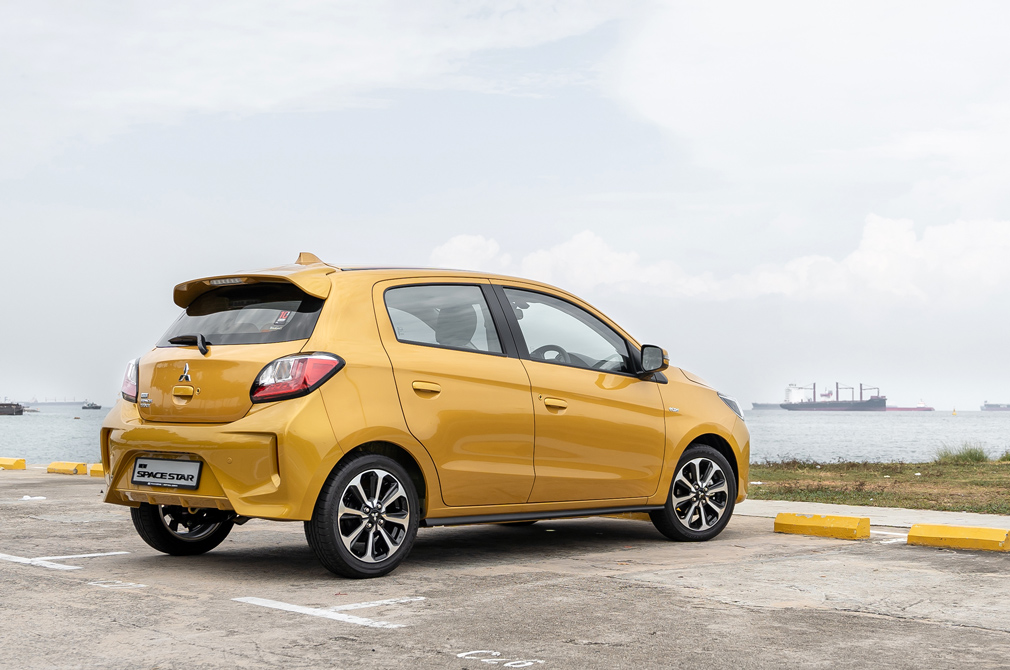 Superminis are suited to most drivers who just need a car to take them from point A to point B.

The Mitsubishi Space Star is ideal for this job. It is compact, highly manoeuvrable and efficient. It is also relatively well-equipped.

Recently updated, the Space Star’s styling is now in line with the rest of the Mitsubishi range. It has the carmaker’s “Dynamic Shield” design at the front end and a chunkier-looking rear bumper for added presence.

The front grille has red stripes to emphasise/enhance its appearance. But the Space Star can do without them since it’s not a hot hatch.

LED headlights, which are usually only seen in mid- to high-end models, are standard on the Space Star. The previous model initially had them, but they were deleted from subsequent batches due to cost. It’s good that they’re back. 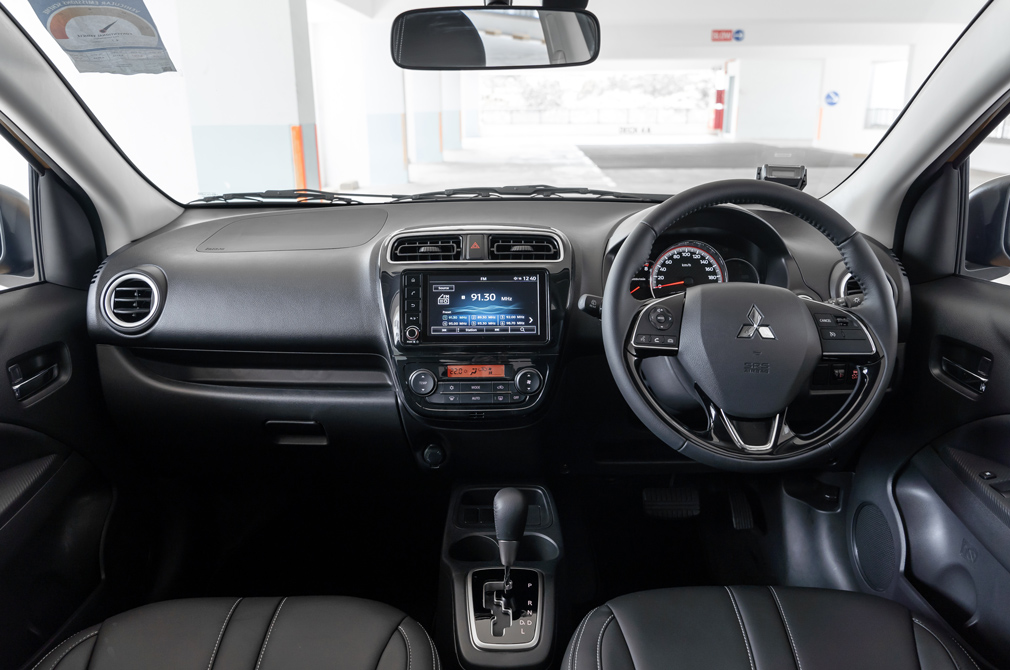 Long ago, a “basic car” was a bare bones model that didn’t have air-conditioning or even a radio.

A basic car today is better equipped by far.

The Space Star has what most drivers need. Leather seats, climate control (not just conventional air-conditioning), and an infotainment system with Apple CarPlay and Android Auto.

Such a system is pretty handy, as it lets you access your Spotify playlists and use Google Maps to navigate your way around Singapore. You don’t always need an expensive car with a more advanced infotainment unit to do that.

Helping keep the driver and occupants secure are the six airbags, Active Stability Control (traction control) system. Considering the segment that the Mitsubishi Space Star is in, these features are more than you’d expect. 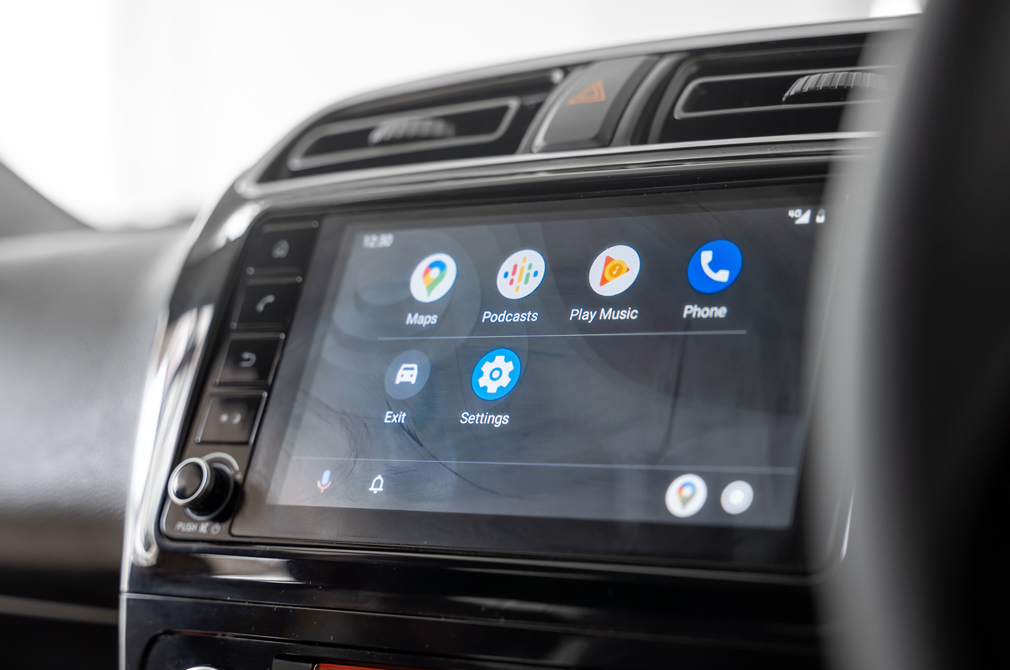 Not unexpected, on the other hand, is the backseat’s compactness. Mitsubishi tried to maximise the Space Star’s cabin space, but there are limits given the supermini’s size.

With a 2450mm wheelbase, legroom is adequate so long as you’re less than 1.8m tall. And since the Space Star isn’t that wide to begin with, the bench is better off accommodating two instead of three adults.

The Space Star offers a boot capacity of 235 litres (rear seats up), which is acceptable given its size. You can fold down the rear seats to expand the volume, but this really isn’t the car for say, moving house.

If you’re an enthusiast, you may have derided the Space Star for its lack of power. But the Mitsubishi Space Star was never designed for keen drivers.

With a naturally aspirated 1.2-litre inline-3 producing 78hp and 106Nm, zero to 100km/h takes a leisurely 13.8 seconds. To this impatient driver, it’s an eternity.

But for a driver who’s still a bit apprehensive about speed, this level of performance might be just right.

Acceleration is progressive and never sudden. If you want more responsiveness, slide the gearshift lever into Ds, which is the “Sport” setting. 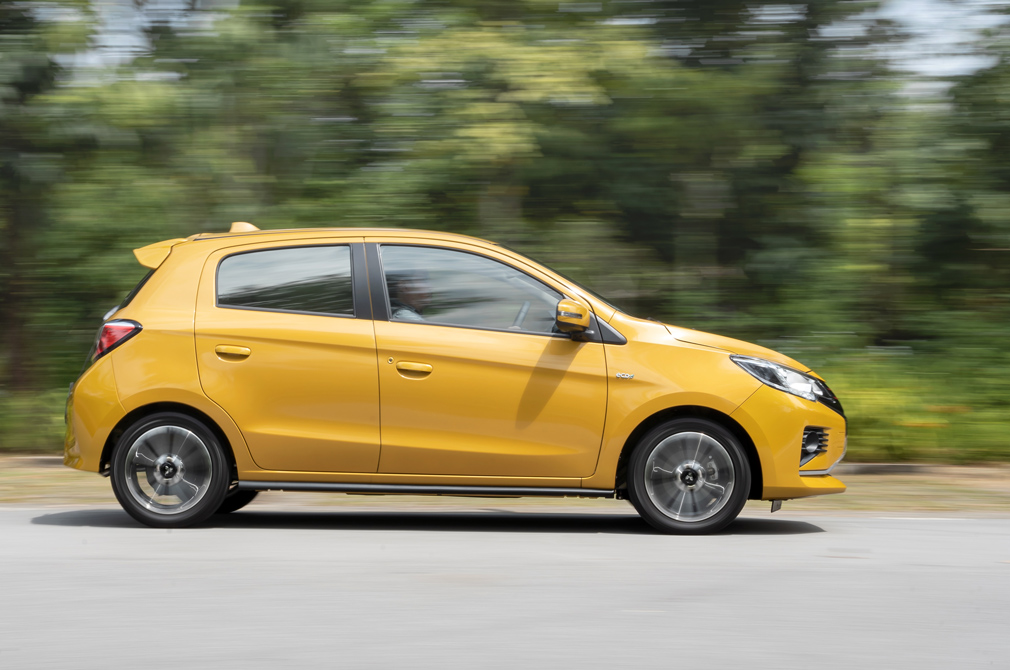 Doing so tells the engine to hold the revs a bit higher, allowing you to exploit the small output further. The car feels peppier in this mode, but don’t expect it to go any quicker.

Mitsubishi obviously tuned the Space Star for comfort and it shows. The dampers are very pliant and do their best to absorb imperfections and gloss over bumps. Provided you approach them at low speeds, the car won’t bottom out.

Given its size, it’s easy to picture this hatchback nimbly threading its way through tight corners. But with the soft suspension, this hatchback just isn’t engineered for this endeavour.

What the Mitsubishi Space Star does offer is manoeuvrability – tons of it. Its small size gives it a small 4.6m turning radius, and together with effortless steering, makes it supremely easy to park. 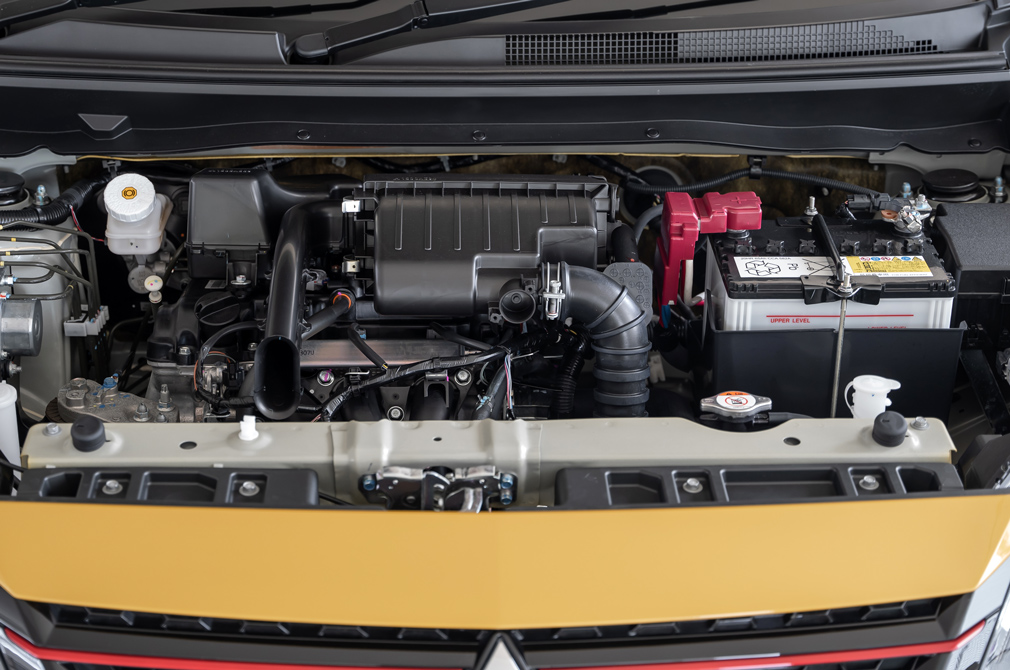 Mitsubishi claims the Space Star averages 21.2km/L. With gentle inputs, a patient driver can come close to this.

I say that because despite my impatience, I still averaged 16.7km/L over three days of mixed driving conditions. To me, that’s frugal. So, if running costs are a concern, this is a supermini you can consider.

The Mitsubishi Space Star excels as a car for new drivers. It’s also suitable for someone who needs a basic runabout that doesn’t forgo safety or equipment.

In its own way, the Space Star doesn’t just twinkle. Sometimes, it also shines. 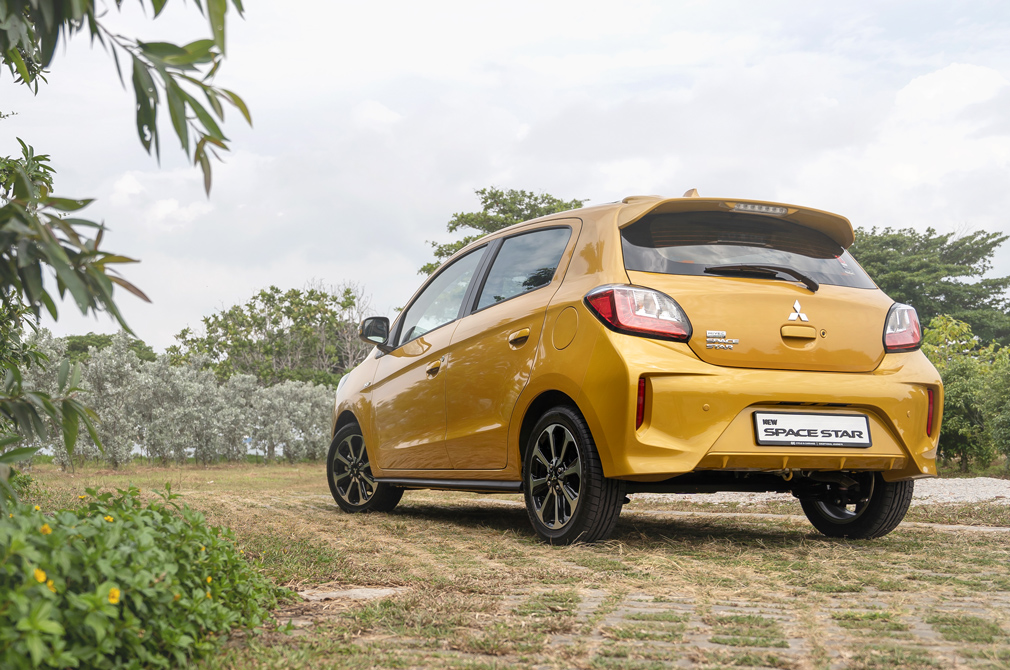