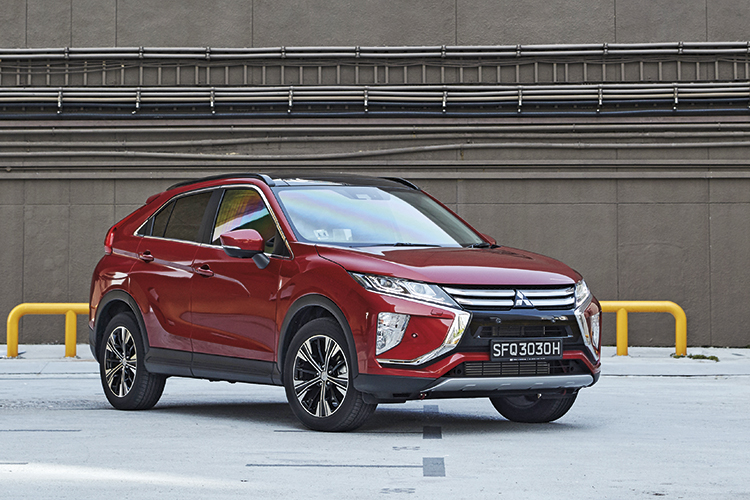 Thank heavens Mitsubishi has finally launched a model worth getting excited over.

Ever since the mighty Lancer Evolution X was retired, the brand has had no sports cars or halo models to speak of. And for the past three years, the most visible Mitsubishi model in Singapore has been the Attrage, a budget saloon utilised by private-hire drivers.

But with the Eclipse Cross, Mitsubishi now has the potential to finally appeal to buyers, for it is the most compelling new Mitsubishi model available today. 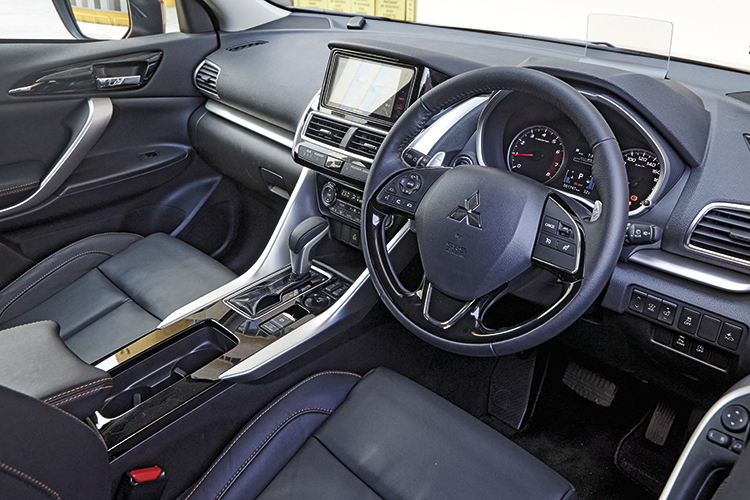 The Eclipse Cross, however, has nothing to do with the previous Eclipse, a coupe that was produced from 1989 to 2011.

Although the Eclipse name has been resurrected, the model is now a coupe-SUV, just like the BMW X6 and Range Rover Evoque.

When Mitsubishi first released photos of this model, I wasn’t drawn to its design. Thankfully, the Eclipse Cross looks much better in real life than on a screen. Its front end has that handsome/macho look that SUV buyers love, while its sloped roofline gives it a coupe-like profile.

The rear end is going to polarise opinions, though. I find the car’s two-window tailgate, also a design feature of the Toyota Prius and Hyundai Ioniq, awkward. My guess is that it helps improve aerodynamic efficiency, which in turn lowers fuel consumption and CO2 emissions. 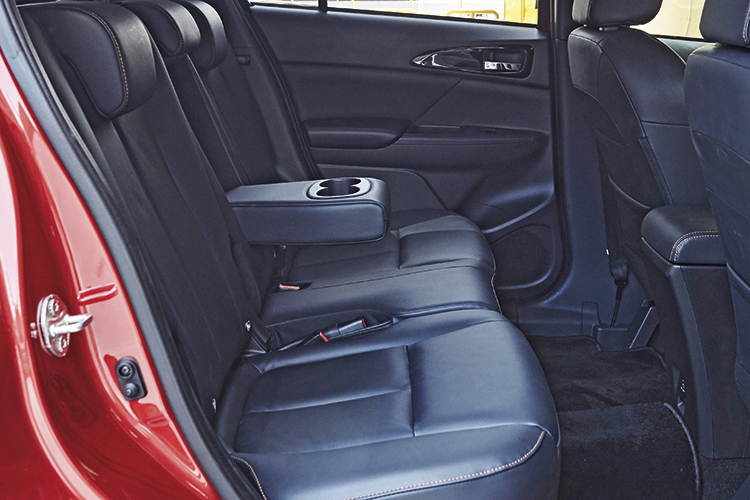 Those good feelings about the Eclipse Cross, however, start growing again as I settle into the driver’s seat.

Standard equipment includes a head-up display, seven airbags and Forward Collision Mitigation (FCM), a function that helps the driver avoid collisions by automatically applying the brakes if an obstacle is detected and he fails to react.

The materials used in the cabin are also more decent than expected, with soft plastics used on the dashboard and door panels. Pleasingly, the paddle shifters are made of magnesium alloy, which gives them a reassuringly solid feel. Mind you, most Volkswagens and Audis (which are known for their quality interiors) still have plastic paddle shifters, which feel quite toy-like.

That said, I’m not too hot about the powered driver’s seat, whose lack of a memory feature makes it a half-baked function. And the infotainment system could certainly use a snazzier interface to complement the car’s design. 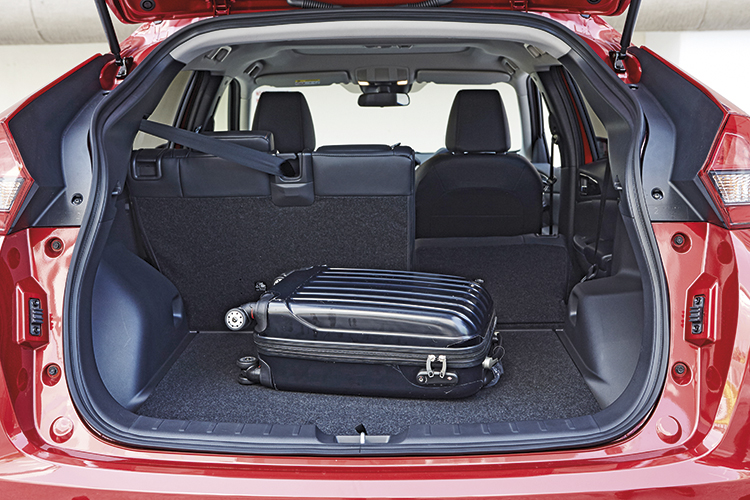 The Mitsubishi Eclipse Cross’ 448-litre boot (rear seats up) would’ve been even more useful if not the substantial wheel arch intrusions.

Backseat passengers won’t have much to complain about, though. Legroom is generous, while headroom is surprisingly good despite the sloped roof. If I were to nit-pick, my biggest bugbear would be the lack of rear air vents. Thankfully, the car’s air-conditioning is quite powerful.

Also powerful is the Eclipse Cross’ performance. Beneath its bonnet is a turbocharged 1.5-litre engine that delivers 163hp and 250Nm, the latter figure from just 1800rpm.

What strikes me about this SUV is how responsive it is, especially at low to moderate speeds, where it really counts. For most drivers, a light touch on the accelerator pedal is all you’ll ever need. The meaty low-end makes overtaking and plugging gaps in traffic very easy. 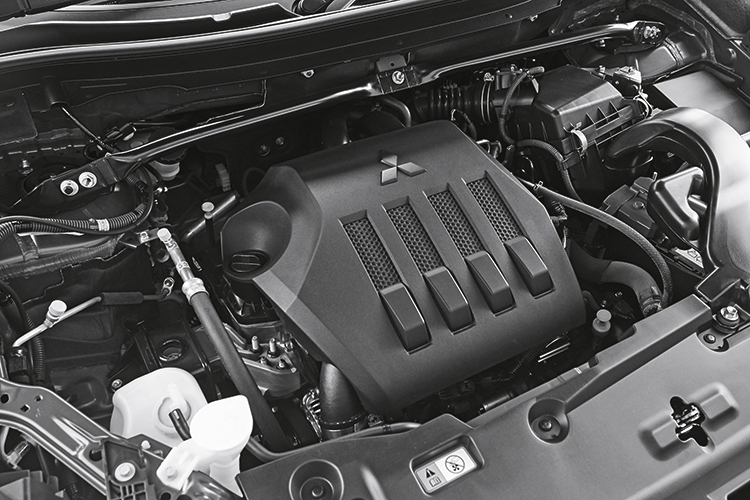 Impatient drivers who usually stab and nail the throttle pedal will definitely want to take advantage of the car’s 8-speed manual override function.

Although the CVT (continuously variable transmission) is not the gearbox preferred by petrolheads, the one in the Eclipse Cross isn’t annoying, as the dreaded “rubber band” effect has been greatly minimised. In fact, when driven normally, the CVT feels as smooth as a conventional torque converter.

On the go, the Eclipse Cross’ other strengths are its well-insulated cabin and pliant ride. The suspension excels at soaking up surface imperfections, while still keeping body movements to a minimum when you go over speed bumps. 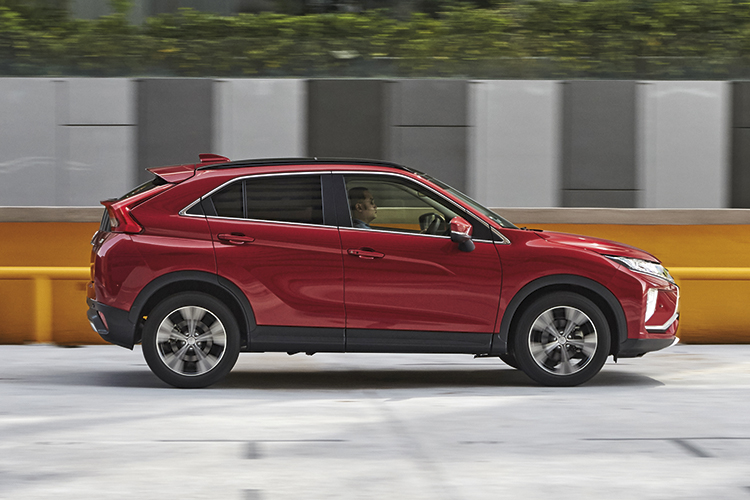 Now, the Eclipse Cross might have 163hp and a sporty-sounding name, but this is not an SUV that likes being thrashed. Forcing it through corners at speed will result in the body leaning considerably, along with lots of squealing from the comfort-biased tyres.

But drive it at a saner pace and the Eclipse Cross will cosset your passengers. In fact, by the end of the three-day test-drive, my better half opined that she would miss the car. 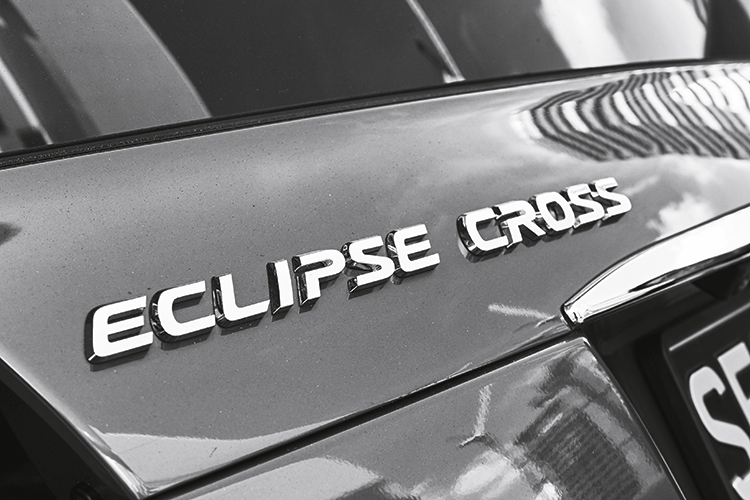 Mitsubishi has done a lot of things right with this model. It has eclipsed my expectations with its dynamic design, comfortable ride and zippy drivetrain.

If the Eclipse Cross heralds Mitsubishi’s resurgence, then enthusiasts will definitely have even more to look forward to in the years to come. 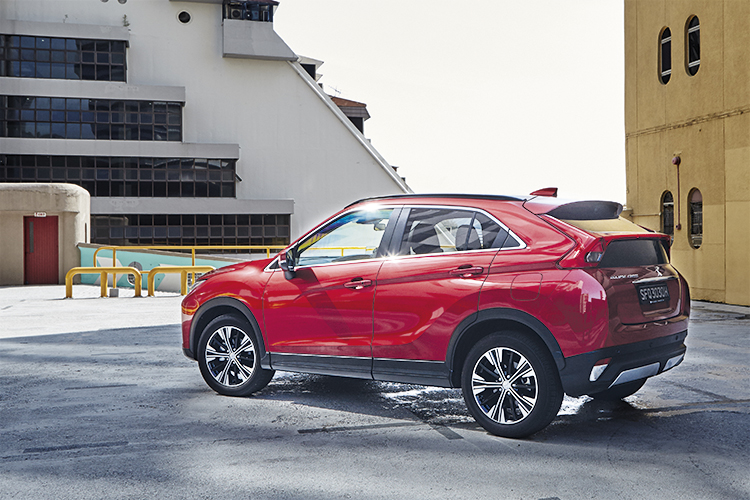 The Mitsubishi Eclipse Cross is the most compelling Mitsubishi available today.

Check out the Mitsubishi Eclipse Cross