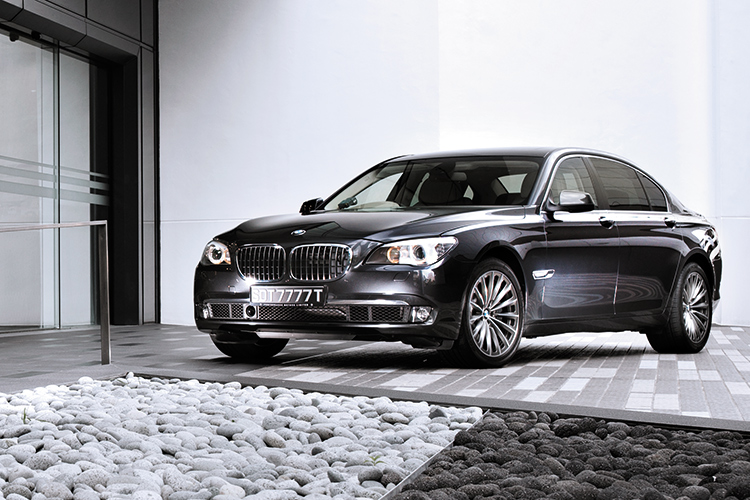 In the long wheelbase version (140mm more than the standard) of this model, there are hectares of legroom to stretch out in and exquisitely crafted furnishings to enjoy.

There’s an impressive list of convenience features to make use of, and more than enough space for a passenger to give him or her a pat on the back. 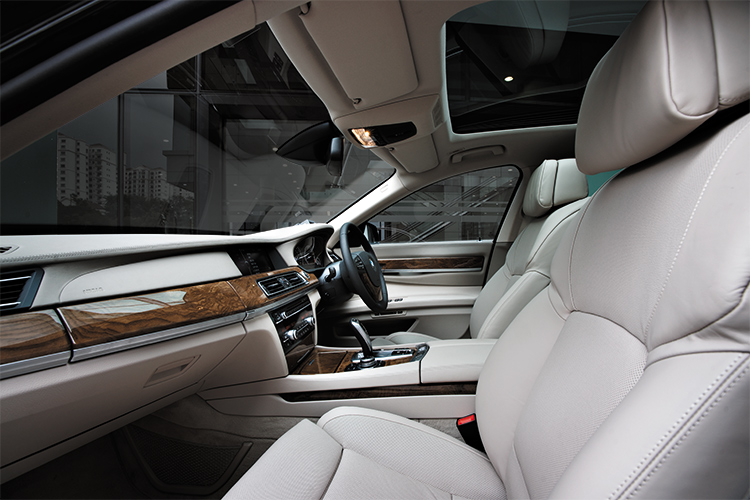 Like the previous four generations of the 7 Series, this 750Li arrives with no less fanfare and introduces plenty of new technology and innovative equipment – some never before seen in a BMW, others never before in any car.

The highlights of the 750Li are the new turbocharged V8 engine, Integral Active Steering, Dynamic Damper Control and extensive use of aluminium in the suspension and bodywork. 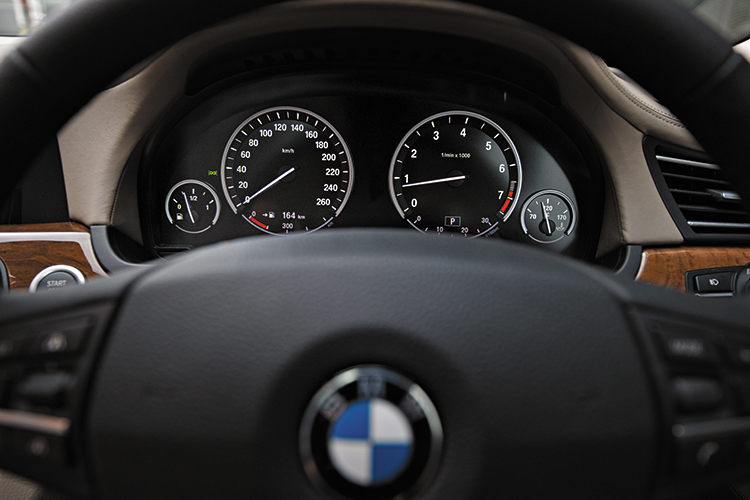 Inside this top of the range 7 (there is no V12 engine version – yet), there is a completely new and thankfully simplified version of BMW’s previously controversial iDrive.

And as previously mentioned, passengers in the rear have all the conveniences they will ever need for any journey, short or long.

The elaborate in-car entertainment system is BMW factory-fitted and allows separate DVD/TV or music channels to be selected by the passengers. Both sound and picture quality are first class. 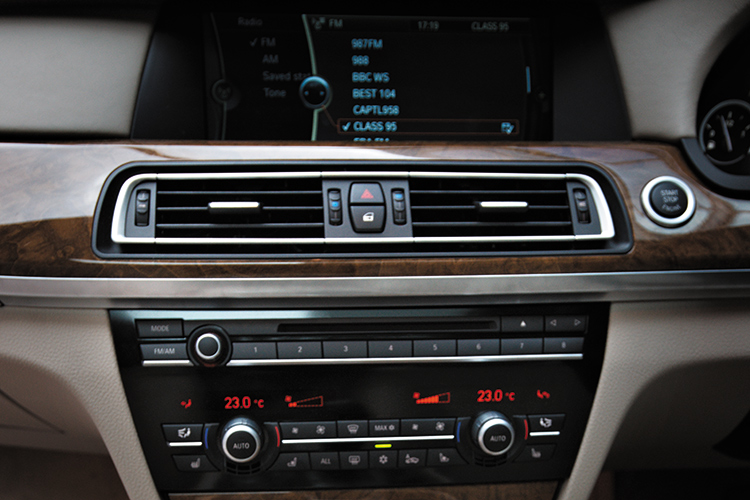 But if the passenger besides you insists on watching a movie while you want the news, then optional headphones might be a good idea.

The 750Li’s seating comfort is of a very high standard, with each seat (including the ones in front) having its own set of controls for adjustment. 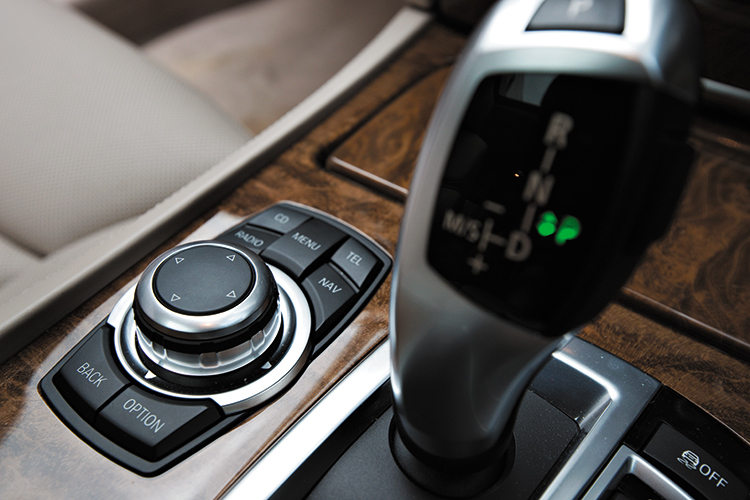 Latest iDrive interface in the 750Li is easier to use than before.

Plus, for the first time in a BMW, there is a massage function that gently alters the contours of the squab and backrest to relax back muscles.

And if all the massaging generates too much heat, there is a built-in ventilation system that channels cool air directly into the seat.

This, by the way, is in addition to the four-sector spatial air-conditioning. The latest iDrive we mentioned is also accessible from the rear seats, and has an 80GB hard disc to store music.

Even the dictionary-size owner’s manual can be used with the iDrive – digitally, of course. 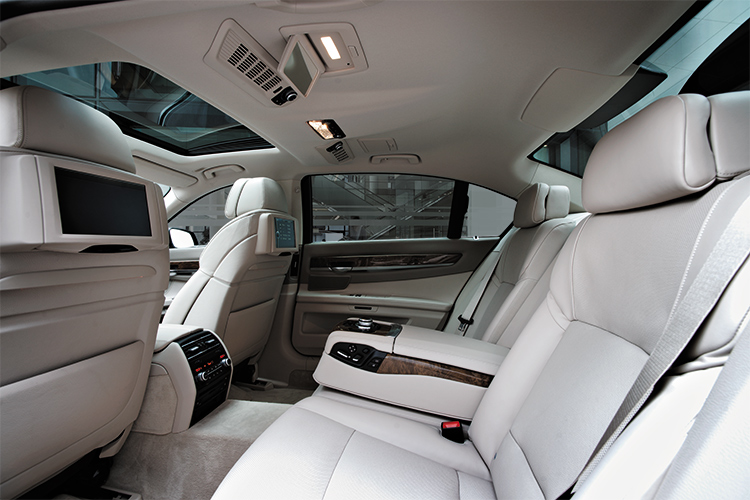 Long-wheelbase 750Li offers plenty of legroom for the big boss in the back.

Believe it or not, as good as the people in the back have it, it’s the person behind the wheel of the 750Li that’s having the most fun.

Weighing just over two metric tonnes, and measuring more than 5.2m in length and 1.9m in width, this is a large vehicle. 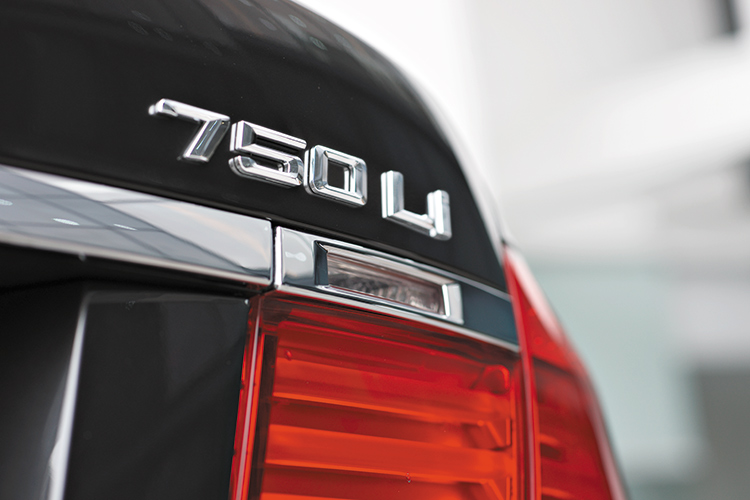 Yet the ferocity with which it charges forward when accelerating is almost hilarious, especially when a hot, fat-piped sports saloon pulls up next to you and wants to take you on. 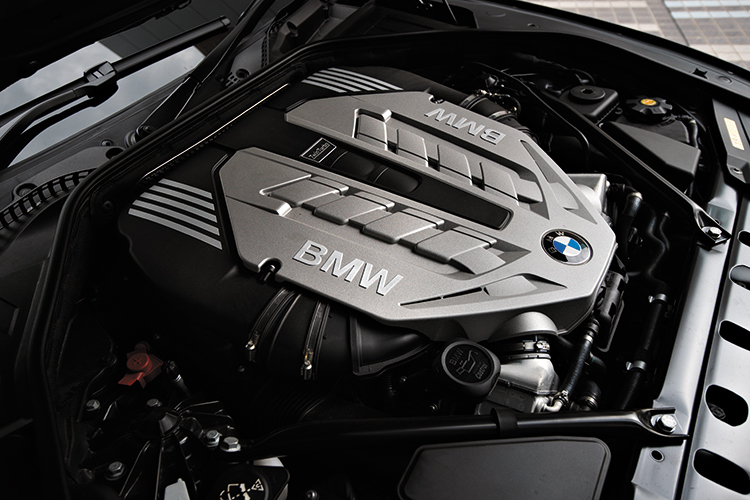 750Li’s twin-turbocharged V8 makes it redundant to have a V12 option.

But the excellent ZF 6-speed gearbox and those 600Nm that arrive at just 1750rpm (and hangs around till 4500rpm) make the getaway all so easy – and, yes, very, very addictive.

Just as well that the 750Li has massive brakes, too.

Equally impressive is the way this car can hustle around corners. 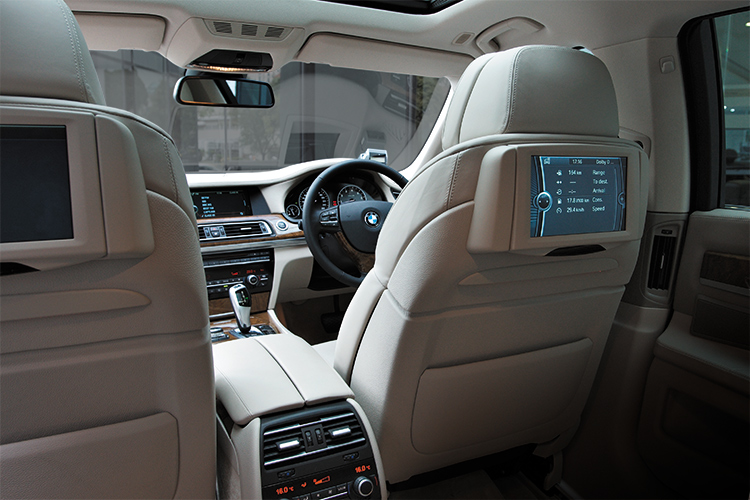 The 750Li’s Integral Active Steering provides up to three degrees of rear-wheel steer, which greatly enhances turn-in precision at speed and makes the car feel shorter than it is.

This will, no doubt, alleviate kerbing in some of those awfully tight carparks. 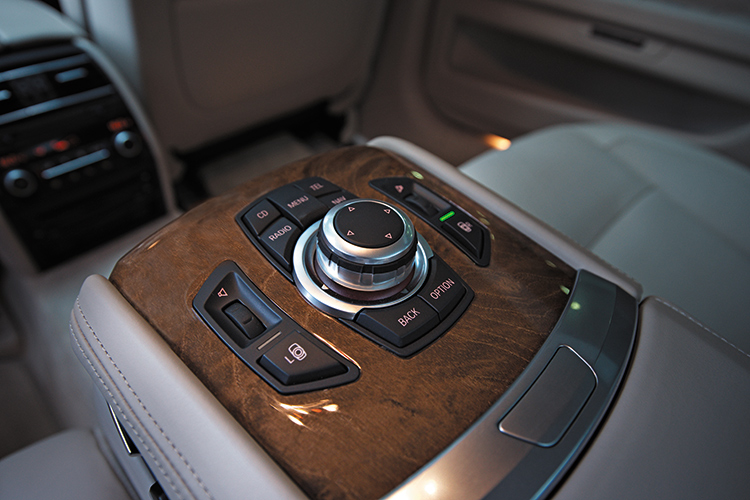 Bosses being chauffeured can access their infotainment via this second set of controls.

Obviously, there is a rear-view camera for reversing but there is also a pair of front fender-mounted cameras that makes it safer for you to creep out at a blind T-junction.

This new BMW 750Li is arguably the most luxurious saloon below half a million bucks.

It has the quality, comfort, a mind-boggling list of equipment and the imposing look that most rich folk would want in a luxury car. 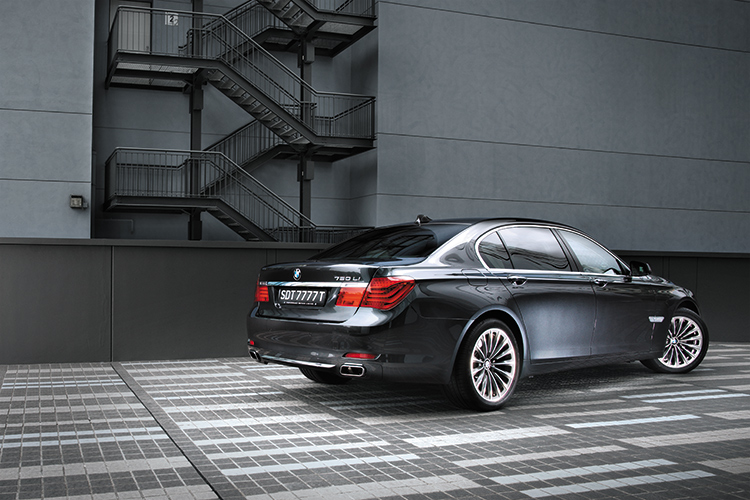 And thanks to that awesome engine, it pretty much has all the performance you’ll ever need.

But these are tough times and we’ll understand perfectly if you choose to go with the 6-cylinder (also turbo) version and save 100K!