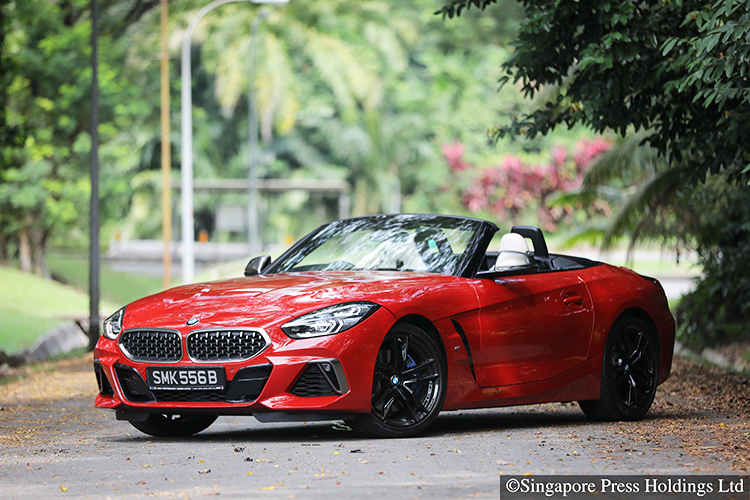 Roadsters may not be the bread and butter of the automotive business, but they are no less important.

For one thing, they distil all the things people love about cars into one word: freedom.

The new BMW Z4 delivers that freedom at one touch of a button, bringing its roof – now back to fashionable fabric – down for wind-in-hair motoring.

No matter how sporty a car is, it always feels sportier with the option of a retractable canopy.

In the BMW Z4 M40i, the sensation of unfiltered speed is accompanied by a rousing soundtrack whipped up by a familiar turbocharged 3-litre inline-6, which makes 340hp and 500Nm of delicious torque.

Again, nothing delivers the decibels of a well -tuned exhaust like an open-top. In the BMW Z4, it is a scrumptious symphony of bass which drowns out the doldrums.

Even if it were not a particularly fast car, the BMW Z4 M40i’s melody makes life at the wheel exciting.

The third-generation BMW Z4 is bigger all round than its predecessor.

Yet, it feels a tad more nimble, possibly because of its good visibility, as well as improvements BMW has made to the steering and chassis. 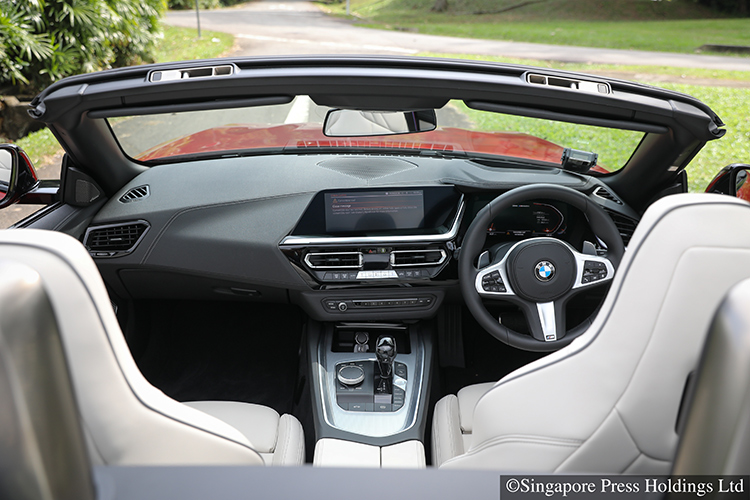 BMW Z4 has a generous spread of double-stitched leather for its interior.

At the wheel, the BMW Z4 conveys the seriousness of a true sportscar – with adequate power on hand, ample body rigidity to exploit the engine’s immense output and a suspension which blends dynamism and comfort into a smoothie.

The BMW Z4’s steering response deserves mention. It is sensitive to the point of being synaptic, but stops short of being twitchy.

It is calibrated for feedback as well as ease of use, which makes the car suitable for any occasion.

The nervousness which often befalls front-engined roadsters – with their long and heavy snout – is not apparent in the new BMW Z4.

The car is so well-behaved that if you drive with the roof up, you sometimes forget that you are in a roadster.

Of course, there are plenty of visual clues to remind you. The new car is beautifully appointed.

While its predecessor was a looker, the new BMW Z4 outshines it with gill-like air vents on its flanks, a 3D weaved grille design and aggressively sculptured bumper assemblies which meld seamlessly with the body.

The BMW Z4’s canvas canopy folds away neatly into a compact compartment with its exposed fabric as a tonneau cover. 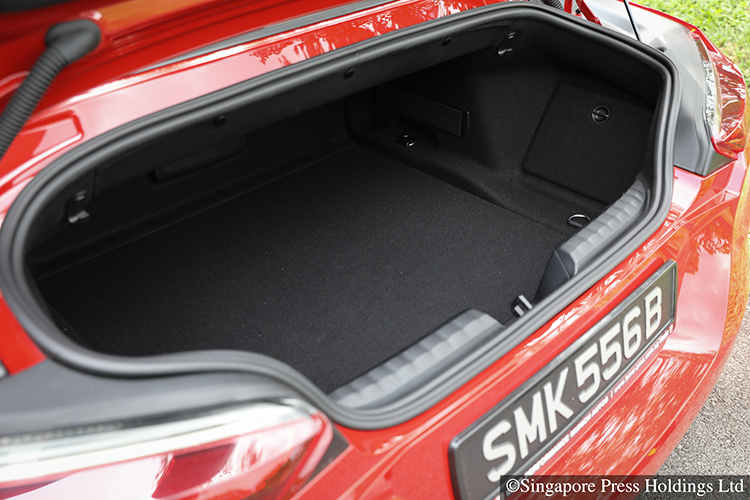 Boot capacity, at 281 litres whether the roof is up or down, is 50 percent larger than before. It offers a usable amount of storage space.

The new Z4 is beautiful inside too.

You get a mix of tradition (a generous spread of double-stitched leather) and modernity (a space-age shift lever and Harman Kardon speakers with glitzy mesh covers).

BMW’s suite of electronic gadgets is presented in a subdued manner so as not to overcome the play of hide and slick metal.

The visual feast is marred every so slightly by gaps between the folded roof and car body, which could be smaller.

In the test-car, the left window does not retract completely when the roof is retracted.

Still, it is a fine-looking machine, which reminds people why they love cars.