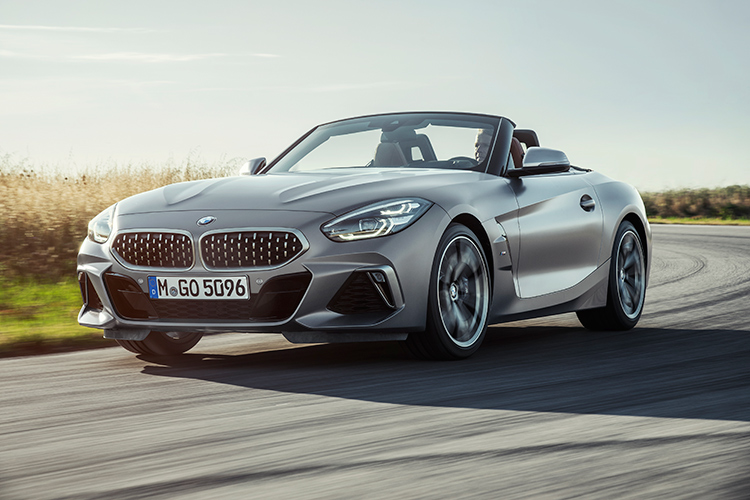 It started with the Z1 in 1989 with the unique slide down doors.

It was probably because James Bond drove one in Goldeneye. 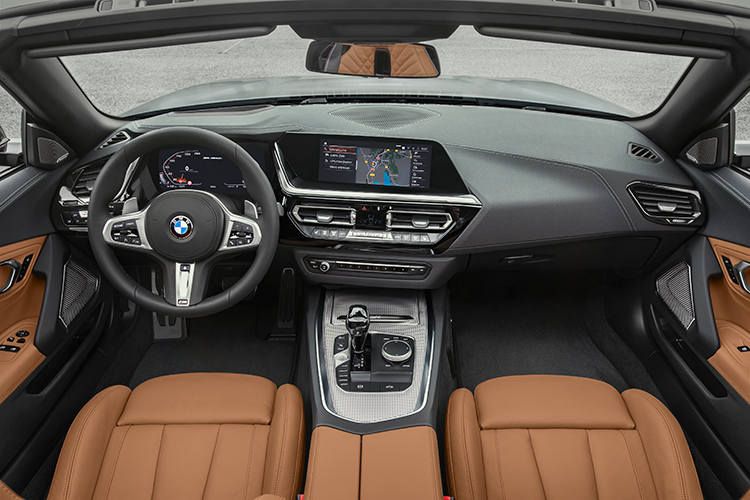 BMW has reverted to a soft-top for the third-generation Z4.

BMW Z4 Singapore pricing starts at $282k for base model

The older model, which had a folding hard-top, effectively made the car both a coupe and a convertible.

The roadster should be more agile, too. The Z4’s wheelbase has been shortened by 27mm, while the front and rear tracks are now wider by 98mm and 57mm respectively.

The Front and rear axles are new. A double-joint spring strut does its duties at the front and a five-link takes care of the rear. 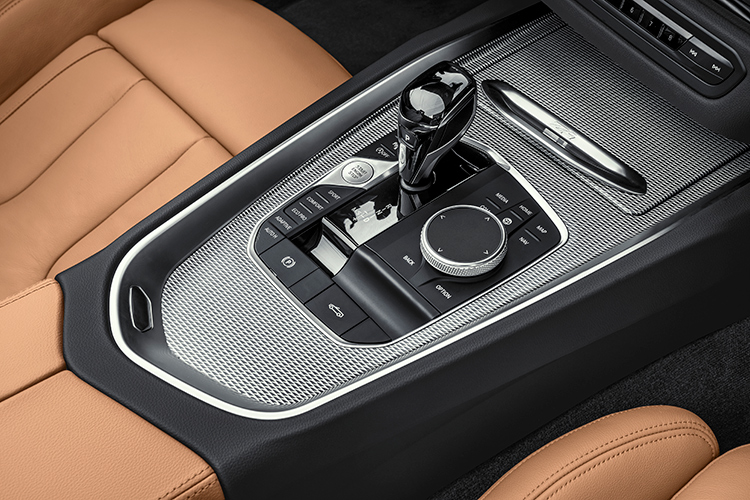 But strangely, the headlamps are rather huge for BMW’s sports-oriented cars. They are at odds with the sleek and elegant tail-lights.

Like the nose, the rear end also receives a pair of air ducts. Two trapezoidal tailpipes add to the occasion.

This is the result of a collaboration between the two carmakers.

However, everything else about the Z4 – including the way it drives – is pures BMW.

Our test car is the flagship M40i. 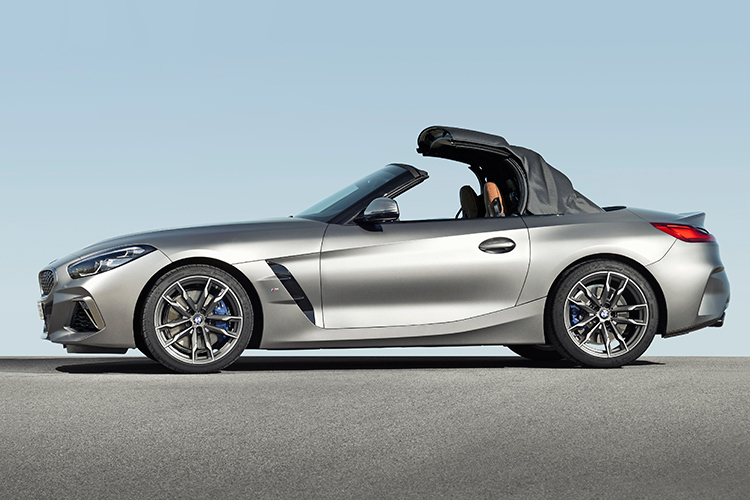 Z4’s roof can be raised and lowered in 10 seconds.

It has a 2998cc straight-6 engine that churns out 340hp and 500Nm of torque with the aid of a twin-scroll turbocharger.

These figures enable the Z4 M40i to accomplish the benchmark century sprint in 4.5 seconds.

The German roadster hits the sweet spot in many ways.

The car’s handling is pure fun.

It displayed exquisite balance as I swept along the Arrabida mountainside outside Lisbon, thanks to its 50:50 weight distribution.

The Z4 felt neutral in the bends with no tail-happy tendencies like say, the Kia Stinger.

However, the mountain road was greasy from rain that morning. 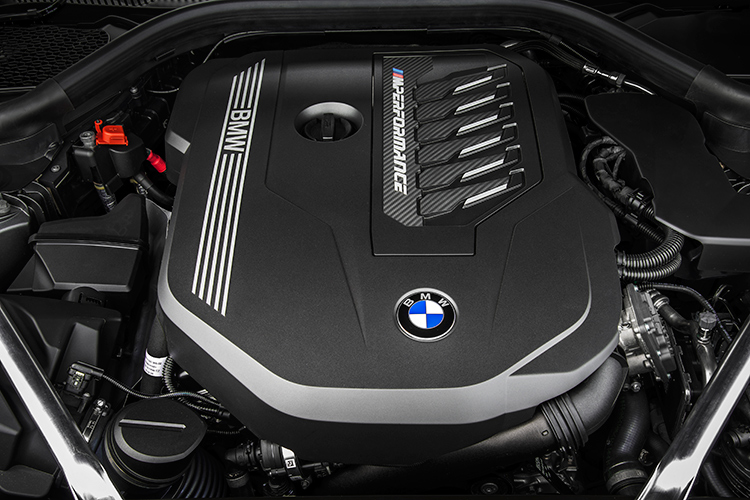 I did not want to push it too hard and put the roll-over protection system behind the seats to the test.

On the straights, the Z4’s massive engine torque begs you to push it harder and harder.

Keep an eye on the head-up display (the first in a Z4) for you will shortly be driving at illegal speeds without realising it.

I wished they had let us loose on the nearby Estoril racing track, like we did in the 8 Series the other day.

I so wanted to push the car as much as I could in a safer environment and explore its limits.

Yes, the Z4 comes with all forms of control like a domineering wife. But I’d rather have a taste of them in private surroundings, as opposed to a public place, which is embarrassing.

The steering wheel is well-weighted and like a good coach, tells you how much to turn in and out in every corner for that perfect line.

In Sport+ mode, the Adaptive M Sport suspension (standard in the M40i, together with M Sport brakes and electronically controlled rear M Sport Differential), feels too stiff only over very bumpy surfaces.

Luckily it is not stiff enough to loosen my dental fillings.

Over the same type of tarmac aberrations, it is progressively less bouncy in Sport and Comfort modes.

The engine note is typical of BMW’s straight-6 engines – melodiously sporty throughout its rev range.

The motor also makes a sweet pairing with the 8-speed automatic transmission. 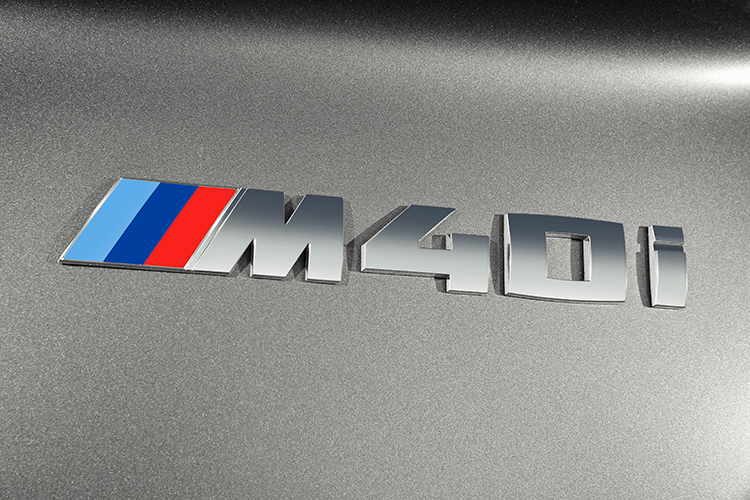 Said gearbox has shorter ratios in the lower gears for faster pick-ups and features Launch Control, too.

The holy grail of large volume car manufacturers is for their sporty models to finish a lap of the 20.83km Nurburgring circuit and its 73 corners in under 8 minutes.

The standard black soft top is top-notch, as it insulates you from the outside world almost like a coupe does.

It takes 10 seconds to open or close it, and the roof can be operated when the Z4 is being driven at speeds of up to 50km/h.

A black top is never over the top. If you want something different, then Anthracite (a shade of gray) with silver effects is an option.

There is 50 percent more boot space than the previous Z4. It remains at a constant 281 litres whether the top is open or closed. 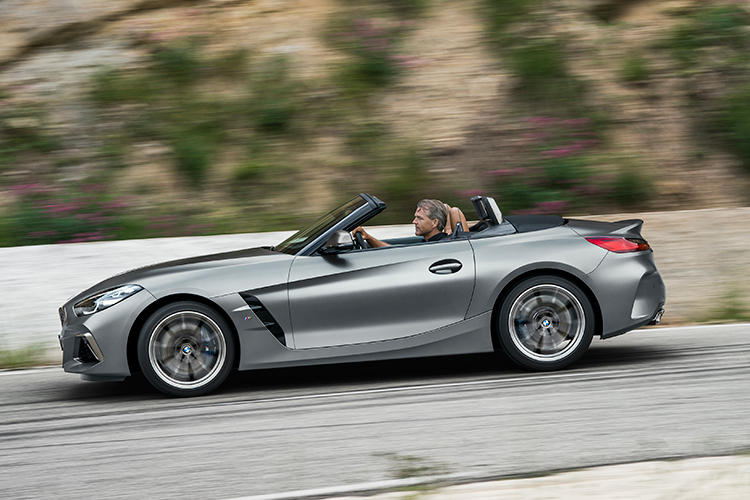 Inside, the dashboard’s design is similar to the one in the latest 3 Series.  The instrument panel is an all-digital affair.

The Z4 has some 8 Series design cues, such as the start-stop button on the centre console.

There is also a Control Display, a 10.25-inch touchscreen with up to 10 menu pages.

With the roof closed, there is still ample headroom and elbow room, so you don’t feel claustrophobic in this top-drawer environment.

Leather and Alcantara are standard in the M40i. There is a pair of large cup holders under the centre armrest.

To keep you safe and preserve your driving licence, Collision Warning, Pedestrian Warning and Lane Departure Warning are standard in the top of the range Z4.

Other than the M40i which will probably retail at around $300,000 before COE, Singapore will also get the sDrive20i and sDrive30i variants. 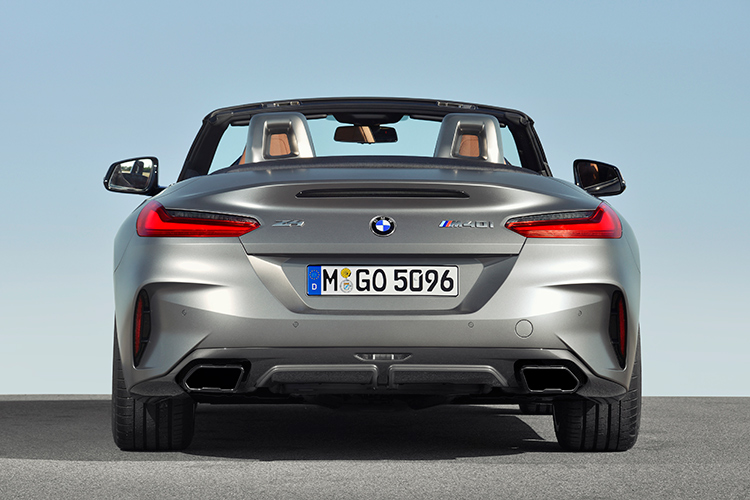 These latter models are powered by turbocharged 2-litre engines, with outputs of 197hp and 258hp respectively.

The all-important zero-to-hundred times are 6.6 seconds and 5.4 seconds. 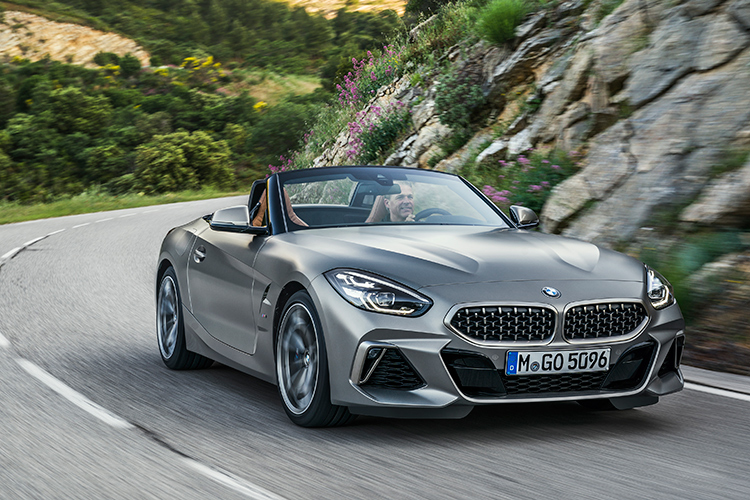 But the Porsche starts at $278,788 without COE. And you must be prepared to accept the absolute “basic” version.

This means it will not be equipped with LED headlamps, Porsche Active Suspension Management, Porsche Torque Vectoring with a mechanically locking rear differential, and the Sport Chrono Package.

Specifying the 718 Boxster with enough options so that it matches the M40i’s standard features will see the car’s price shoot past the BMW’s $300k tag by about $8k, if not more.