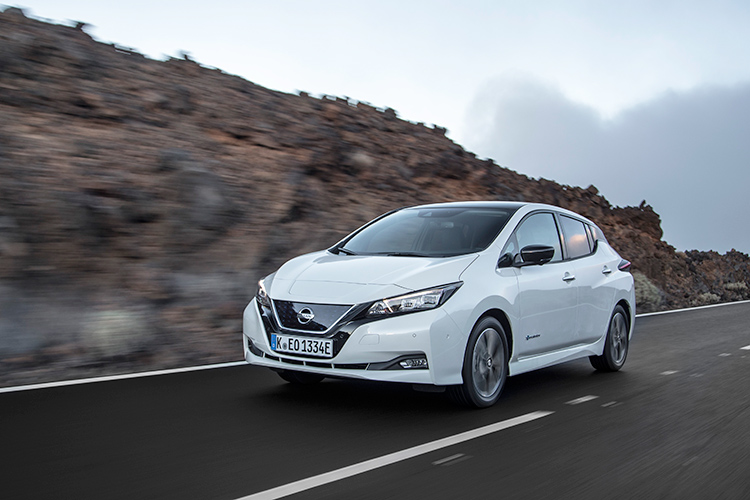 Thirty years ago this month, I wrote my very first car review.

It was for a Nissan 200SX, a sleek coupe with pop-up headlights, which still looks pretty cool today.

I called Nissan agent Tan Chong Motor to enquire if there was going to be a new model to mark my three decades as a motoring journalist.

The only model waiting in the wings was the second-generation electric Leaf.

Rather poignant, if you think about it. 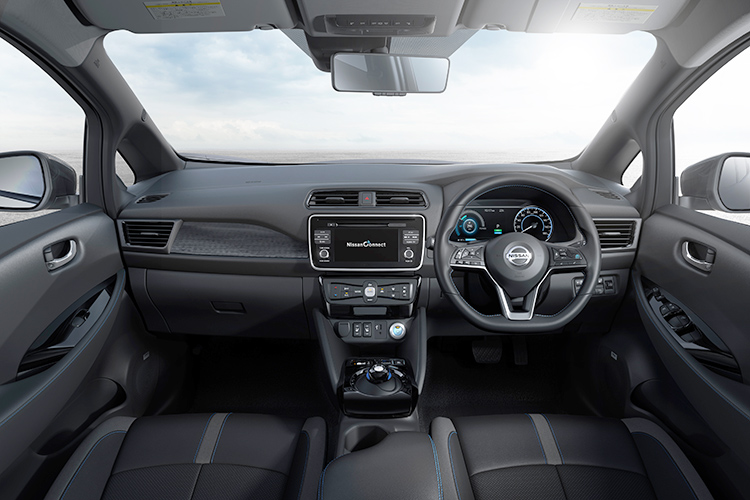 Leaf cockpit is less funky than before, but its quality has certainly gone up a notch.

The era of gas-guzzling hot rods is waning, with even thoroughbred sportscar brands unveiling plans for either electric-hybrid or full-electric models.

The buzzword today is electrification.

Having driven the previous Leaf, I wasn’t expecting much from the new one. The old car had an awkward, geeky styling. On the road, it had the enthusiasm of grazing cattle.

But lo and behold, the new Leaf is quite something else. Although I had seen it at the 2018 Singapore Motorshow, viewing it on the tarmac in broad daylight is different.

The car has a subtle and pleasant wedge shape, with dynamic zigzag lines where the A-pillars meet the front fenders and where the tail-lamps wrap themselves around the rear fenders. 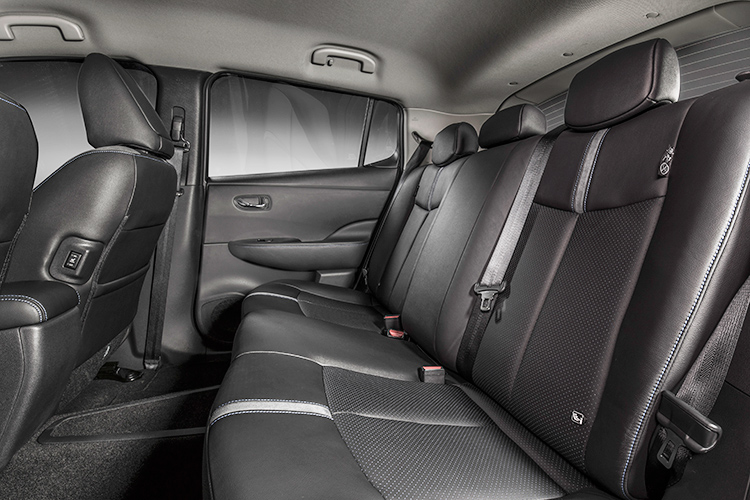 It has a smart-looking face, with slim headlights and covered grille forming a one-piece bow shape, which dips down to the front bumper’s lower lip.

Viewed from the rear three-quarter angle, it has a smidgen of SUV styling. Size-wise, the car is slightly longer and wider than its predecessor, and nearly as tall.

It is interesting to note that the new Leaf is still slightly taller than the Lexus UX crossover, as its floor is raised to accommodate the sealed lithium-ion battery pack below.

The battery pack is the same size as before, but weighs 10kg more at 304kg.

Its capacity has risen significantly, from 30kWh (after facelift) to 40kWh, giving the car a more usable driving range. More on this later. At 1520kg, the Leaf is 40kg heavier than before, on account of its expanded size and slightly heftier battery. But it is still well within range of cars its size.

Despite its growth, it is considerably more aerodynamic than its predecessor, with a drag-coefficient of 0.27 (0.29 previously).

Nissan says the car was designed to delay the unavoidable turbulence which arises when air currents from above and below the car meet. In the new Leaf, they meet farther back, creating a longer but weaker slipstream.

The test-car has two-tone paintwork which works really well. There is also a Nismo Leaf, which looks quite the part of a performance car.

Inside, the Leaf pleases with a highly functional, unpretentious cabin. It is not as plasticky as expected, but you won’t find upmarket materials such as wood, leather or brushed metal either. 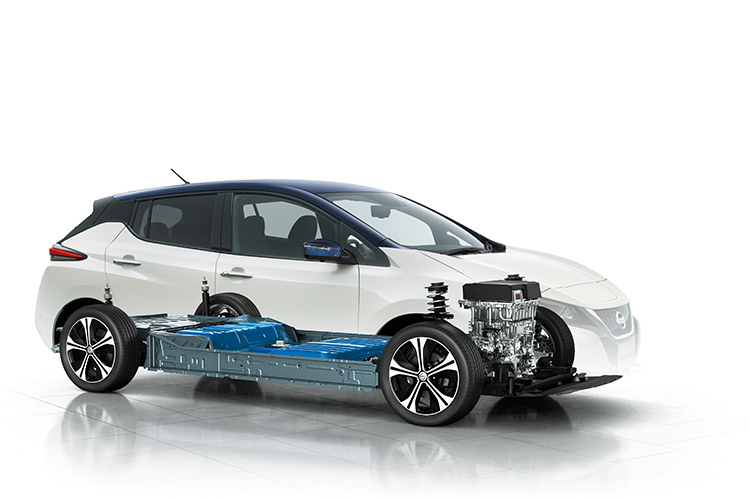 Compared to the previous one, the new Leaf is a tad less avant-garde. But there is still a good measure of modernity, with the funkiness dialled down, and build quality dialled up.

A compact tablet-like infotainment touchscreen with functions such as phone connectivity, 360-degree camera and navigation sits unobtrusively on the centre console.

Fore of this are two tabs: one for Eco mode, and the other, E-pedal, which allows you to drive the car with just the accelerator pedal.

Each time you lift off, the regenerative braking is so strong it will bring the car to a halt after a very short stretch. 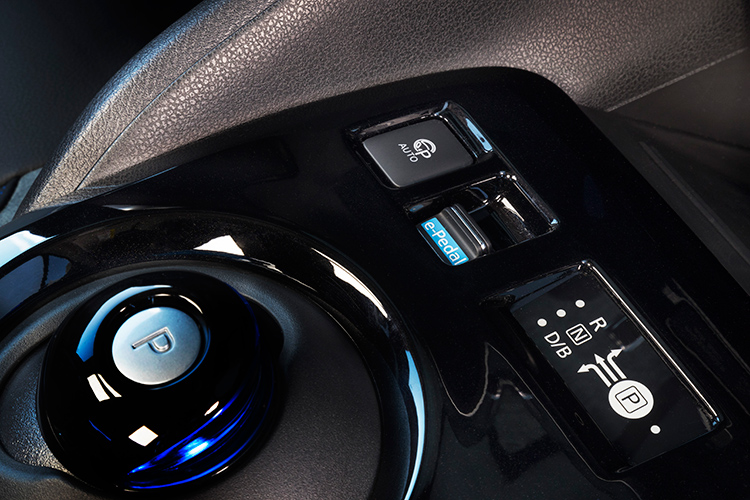 A multi-function steering wheel has the usual finger-tip controls, plus ProPilot, which is a semi-autonomous feature found in upmarket cars

When activated, the car goes on cruise control, keeping a safe distance from the vehicle in front, and keeping in lane.

This however, lasts only for around 10 seconds, before the system prompts you to put your hands back on the wheel.

The feature works only when lane markings are clear. And because of the 10-second window, it is useful only when you need to take your hands off the wheel momentarily. For most people, it is hardly a selling point.

The Leaf’s selling point is its lively electric drivetrain. Compared with its predecessor, it is a lot more driveable, and a lot more fun to drive. 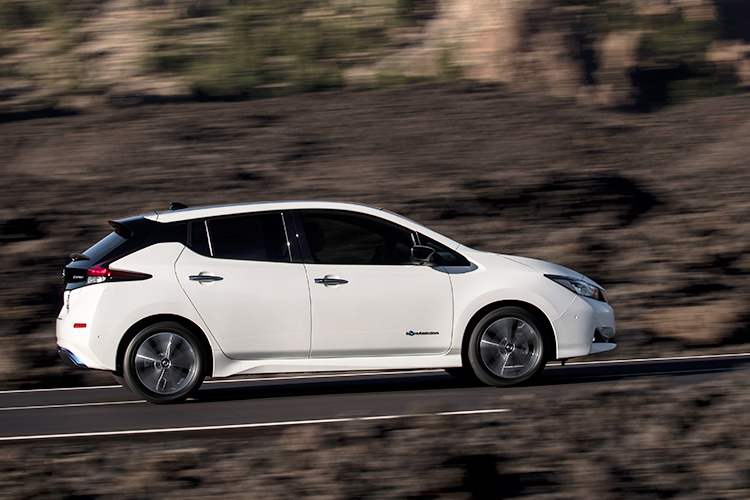 Leaf’s ride comfort is surprisingly decent, despite the rather rudimentary rear suspension.

It has 110kW (148hp) of power and 320Nm of torque on tap, versus 80kW (107hp) and 254Nm previously. This translates to punchy performance appreciated on highways, city roads and mountain passes.

The test-route starts from Nissan’s headquarters in Yokohama’s business district, towards Mt Hakone and back.

The first stretch is pretty much city roads. The Leaf impresses with its quiet operation (as expected of an electric vehicle), and cushioned ride. Like many Japanese cars, it is mindlessly easy to pilot.

You can choose to drive it in E-pedal mode for the highest power regeneration rate, in Eco or in the default normal mode. In the city, the Leaf is quite liveable in any of these three modes. But on highways, it is best in normal mode, which allows decent coasting. 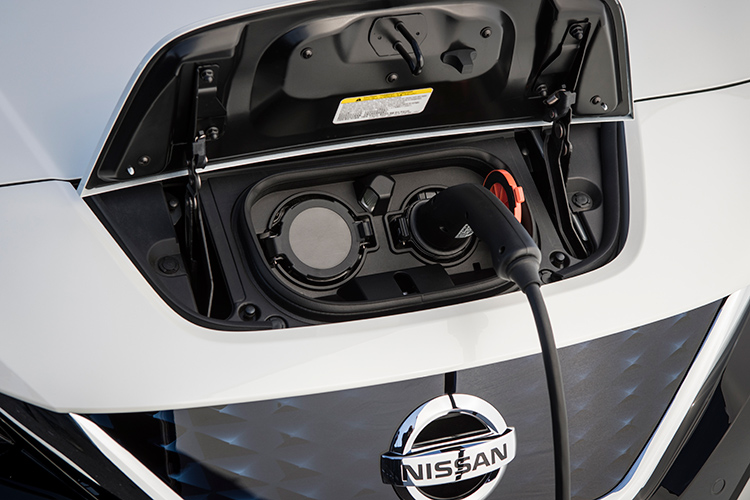 At higher speeds and on long stretches, the car feels hemmed in in E-pedal mode. This is most obvious when you switch from E-pedal to normal mode. It is as if a partially engaged parking brake is released.

E-pedal is best for tackling the serpentine mountain stretches. Here, you can modulate the braking action of lifting off to effect the desired results when entering a corner, and squeezing the throttle again to make a clean exit.

It takes just a few corners for you to get into the groove of single-pedal driving, which is as useful and smile-inducing going down a mountain as it is going up.

The Leaf is well set up to tackle the curves. Its battery pack acts as a ballast to steady the car. It drives and feels like a sharply-tuned hatch, sticking to the tarmac, staying in line, and betraying only the gentlest of lateral movements.

E-pedal mode allows you to slow down the car without the pitching motion associated with braking, which again makes the process more enjoyable. Even for passengers. 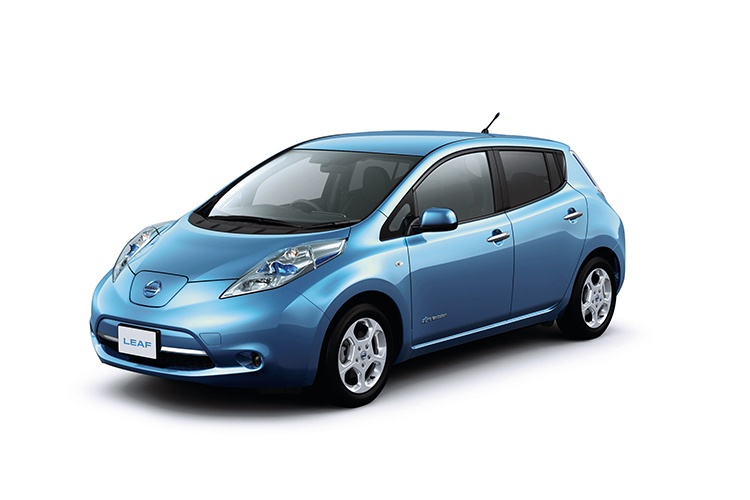 The first-gen Nissan Leaf looks awkward and geeky compared to the latest model.

Earlier in the day, I had the opportunity to sit in the rear. Surprisingly, knee and legroom are more than decent for a car its size. And despite its rather rudimentary rear suspension, ride comfort is also pretty decent.

The only downside is the protruding hump in the middle, which is queer because it is certainly not a transmission tunnel.

Nissan explains that it is needed for structural rigidity. Still, it means anyone sitting in the middle of the second row is not going to have a good time.

In the boot, the wheel wells intrude substantially. Nissan explains that it decided not to conceal the Leaf wheel wells because doing so would eat up more space. It has a point. 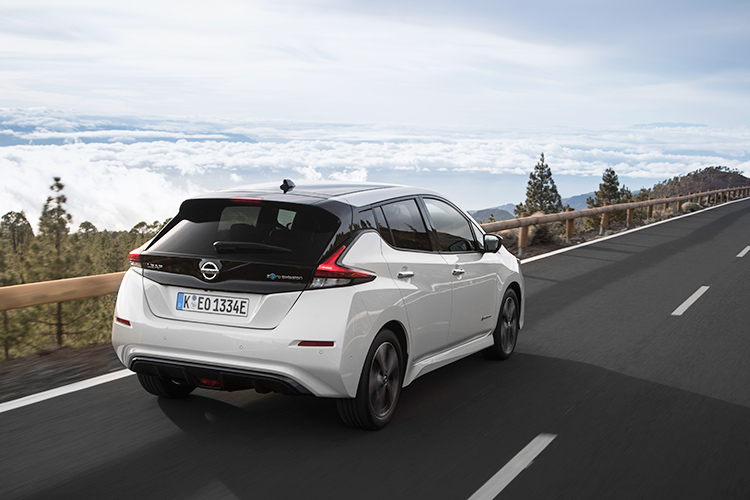 Leaf’s punchier performance is delivered by its more powerful electric motor, which produces 40hp and 66Nm more than previously.

The boot, even without concealing the wheel wells, is not huge. Then again, it is not much smaller than stowage in a compact hatch.

The new Leaf has a stated range of 270km under the Worldwide Harmonised Light Vehicle Test Procedure (WLTP), which is some 40% better than its predecessor.

Going by the remaining range at the end of this test-drive, the car is good for at least 250km, despite a spirited hill climb segment.

It was juiced up at the midway point, via a fast charger. The procedure was easy enough and took 30 minutes – just nice for a coffee break at a rest stop.

But even without such a top-up, the car should comfortably reach Malacca from Singapore on a single charge.

The trip may not be as pulse-raising as if it was done in a 200SX, but it will definitely be more comfortable and relaxed.