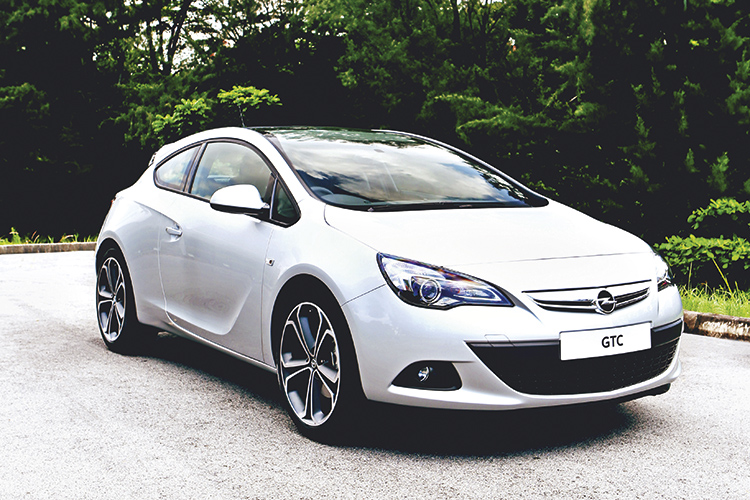 The new Astra GTC (Gran Turismo Compact) is such a head-turner, it’s hard not to be smitten by this coupe – even with a mere glance.

Touted as a “standalone model” within the Opel range, the GTC shares only three exterior components with other Astras: the wing mirror housings, the door handles, and the radio antenna. If the GTC were placed next to its main rival, the Volkswagen Scirocco, it could make the VW look strangely unsexy.

Given its grand touring purpose, the GTC has larger exterior dimensions compared to its aforementioned VW rival. Its front and rear tracks are also 15mm and 13mm wider respectively, but more importantly, its 2695mm wheelbase is a significant 117mm longer. This extra length benefits rear seat occupants, who will revel in the generous legroom and headroom (as long as they are below 1.8m tall). 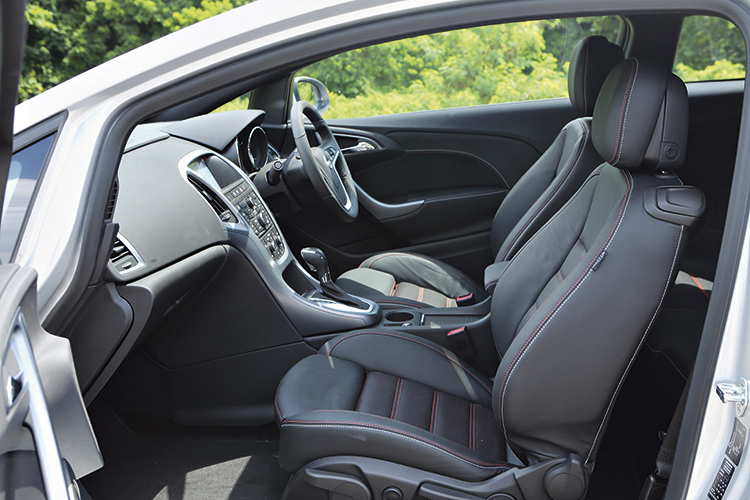 Like its Teutonic competitor, however, there’s nothing special about the GTC’s cabin, which is similar to that of a regular Astra hatchback. It’s slightly disappointing, especially in light of the coupe’s uber-cool exterior lines.

One way to liven up the interior is to opt for the panoramic windscreen (which made its debut with the previous GTC) – this $3k option “stretches” the front windshield all the way to the middle of the roof. But given our tropical climate, it is likely that most drivers who go for this option will be keeping the upper portion under wraps (with the retractable cover) during the day. 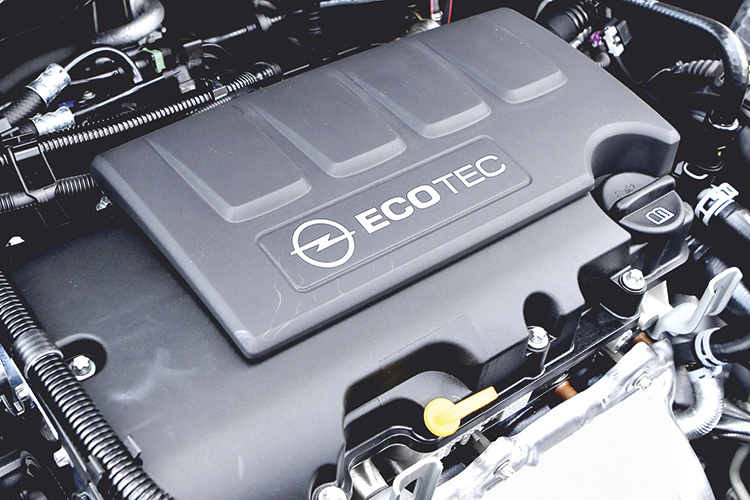 This mild 1.4-litre engine is fine in a normal Astra, but its performance is underwhelming in the GTC.

Sure to delight drivers is the GTC’s handling. In this respect, Opel engineers have managed to strike a good balance between sportiness and comfort – the coupe stays relatively flat (with light understeer) around corners, and the ride only turns bumpy over really poor surfaces.

The GTC’s drivetrain, however, will fail to impress these very same drivers. The 1.4-litre turbo unit looks impressive on paper with its 140bhp and 200Nm (the latter available from as low as 1850rpm), but its overall performance is more cruiser than bruiser. In fact, the 10.3 seconds it takes to go from a standstill to 100km/h makes this sporty coupe seem more like a comfortable family runabout.

Utilising the 6-speed automatic’s manual override function is also an exercise in futility, because of the unhurried response. The transmission makes up for this by holding on to each ratio until you eventually decide to shift up, but few drivers will want to do this due to the engine’s less-than-thrilling soundtrack. 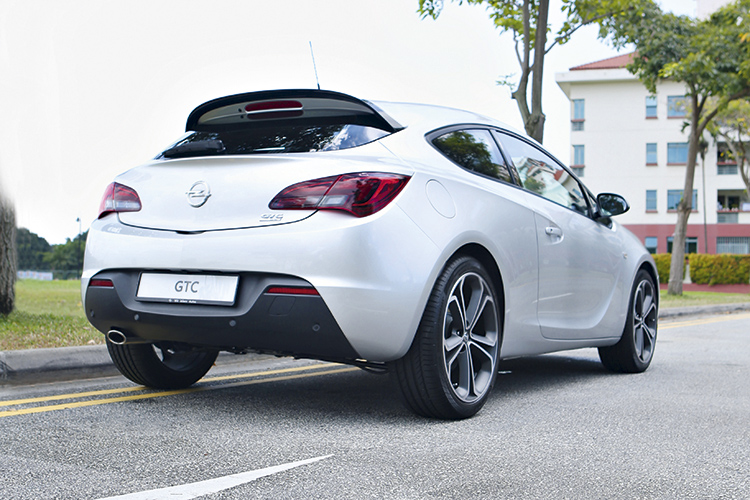 These cool 20-inch wheels are acutally an $8k option.

With a stronger motor and smoother gearbox, this Opel could become the “lethal weapon” that its rivals fear.

Until then, however, the GTC’s sporty image is likely to continue writing cheques that its actual performance cannot afford to cash.