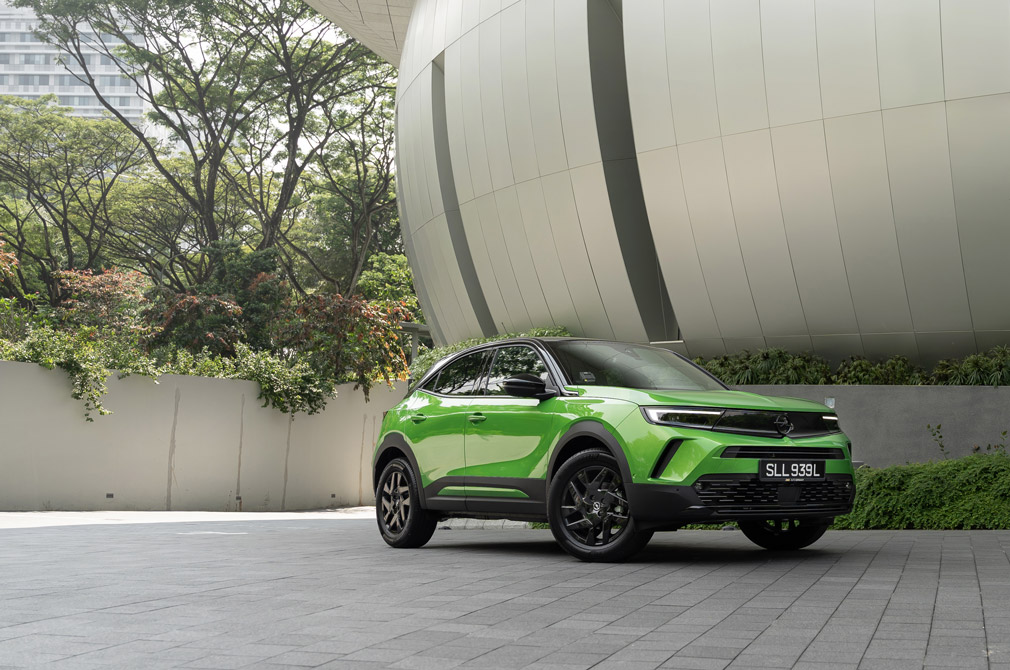 If there is one thing that Opel has done right over the past decade, it would be design.

The brand’s previous “Blade” design philosophy gave its models a distinct look. Both the Astra and Insignia, for instance, are handsome cars that have aged relatively well.

Today, Opel’s latest models are based on the “Vizor” design philosophy, giving them a futuristic character. One glance brings adjectives such as “sharp” and “neat” to mind.

“Minimalist” would be an accurate description, too, given the Mokka’s slit-like headlamps and tail-lights, and lack of embellishments. Then again, with two-tone paintwork and colours like this Matcha Green, the Mokka doesn’t need them.

But good styling shouldn’t just draw glances. It should also make you curious about the model, and that’s something the Mokka does. 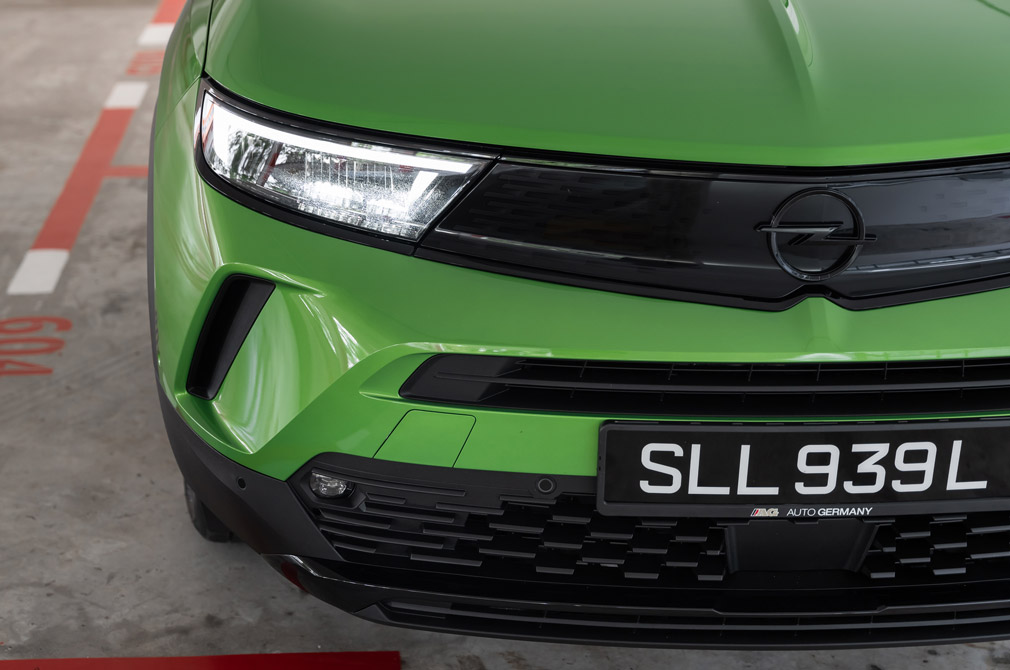 The Mokka is a compact crossover that sits in the Cat A segment. Its main rivals are the Renault Captur, along with its close relations, the Peugeot 2008 and Citroen C4.

You see, the Mokka, 2008 and C4 are all built on the same platform and share the same drivetrain. But as we shall soon see, Opel has given this crossover – which sounds like a coffee-based drink – its own unique personality.

Like its mechanical “cousins”, the Mokka features an all-digital dashboard, which the brand calls the Pure Panel. Embedded here are a 12-inch instrument panel and 10-inch infotainment touchscreen. Both are relatively intuitive.

Apple CarPlay and Android Auto are standard, though it would’ve been even better if these connectivity options were wireless.

For convenience, physical rather than virtual controls are used for the climate and Drive Mode. Even the stop-start function can also be easily switched off with a press of a button. 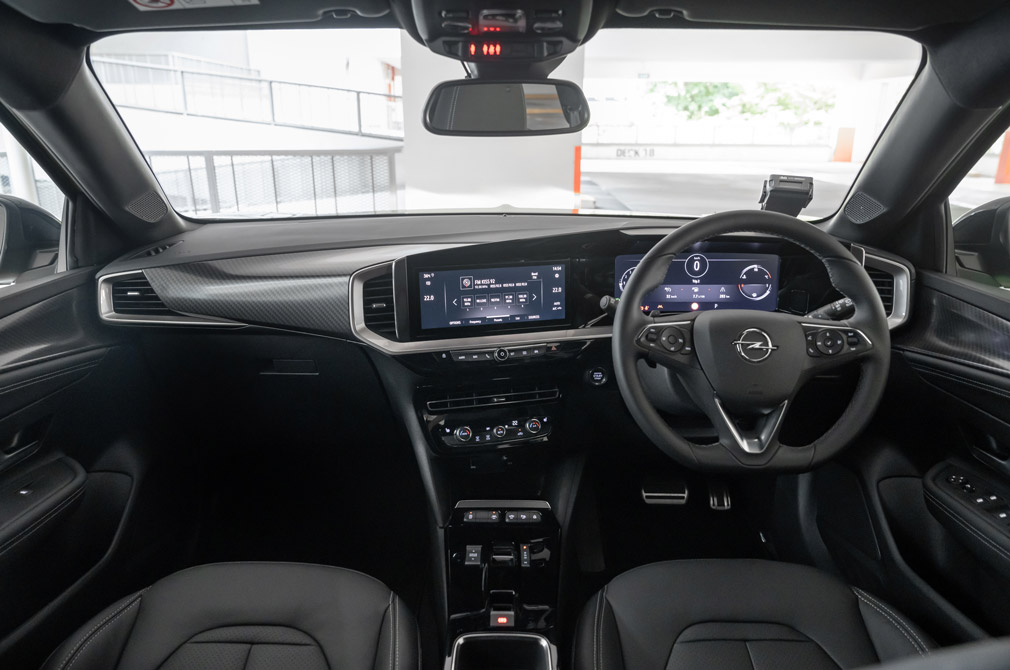 There is still ongoing debate over the use of tab-like gear selectors. But one can’t deny that these do save space and result in a neater layout. Flicking them up and down is also easier than moving a lever.

In terms of practicality, the Mokka’s front door bins can hold 1.5-litre PET bottles, which is something that a larger SUV like the Toyota RAV4 lacks. There are cupholders and a handy storage point in the centre console as well.

That said, things aren’t so great for backseat passengers. Although the door bins are reasonably large and a pair of USB points are present, legroom and foot space are at a premium. 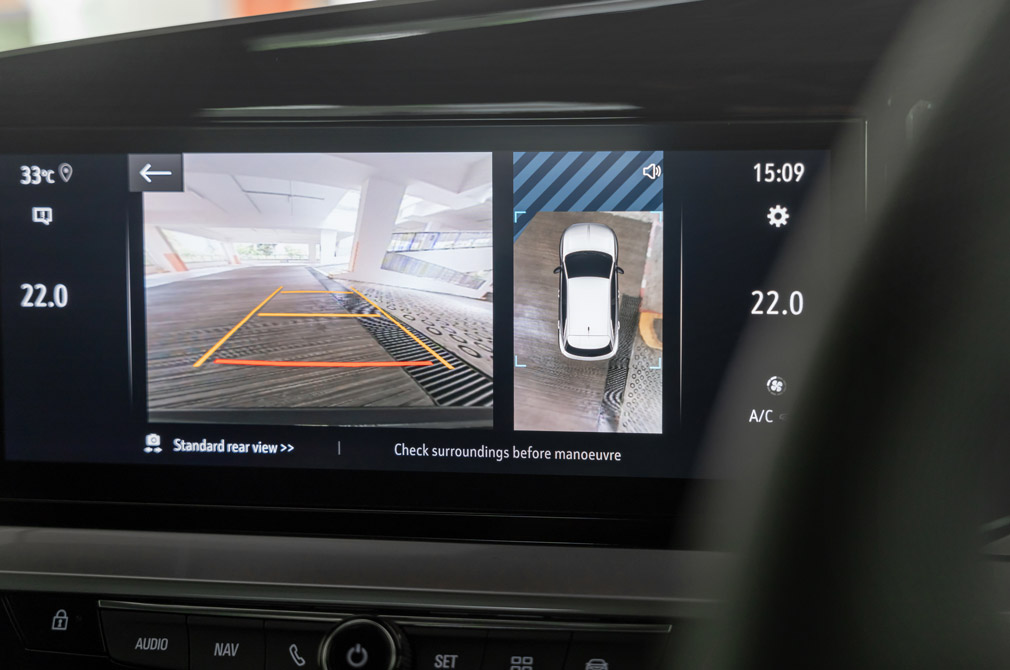 Accommodations here are also better for two instead of three adults, as the middle occupant is likely to feel squeezed. Air vents would be a good addition as well. Perhaps we’ll see them after the Mokka is eventually facelifted.

Boot capacity is all right for a compact crossover, with 310 litres available with the rear seats up and up to 1105 litres when the seat backs are folded. For flexibility, the boot’s internal height can be varied, while the square layout makes it easy to organise your belongings.

PEP IN ITS STEP

Powering the Mokka is a turbocharged 1.2-litre 3-cylinder that puts out 129hp and 230Nm. Output is sent to the front wheels via an 8-speed automatic gearbox.

This drivetrain is not unique to the Mokka. It also does duty in the Peugeot 2008 and 3008, the Citroen C4 and its larger sibling, the C5 Aircross.

It’s pretty capable, motivating the Mokka from a standstill to 100km/h in 9.2 seconds. That’s nearly identical to the 2008’s time of 9.1 seconds. 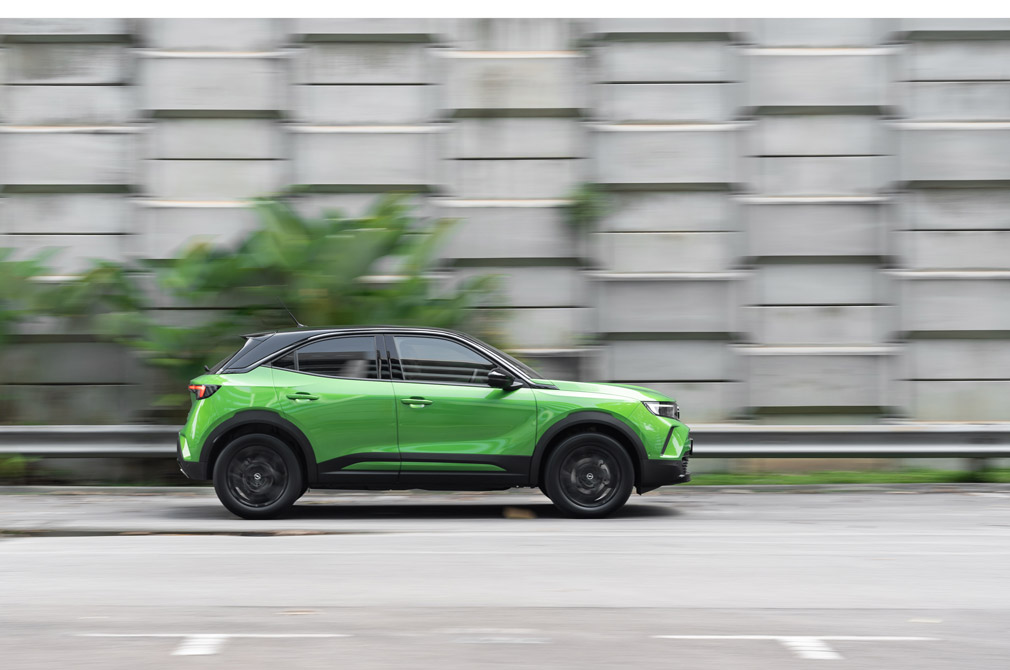 This drivetrain, though, does not feel as responsive as it does in the Peugeot. But at least it is not tuned for comfort like in the C4, where it does the century dash in a leisurely 10.4 seconds.

Progress in the Mokka is smooth and the motor produces rorty noises when stretched. Select Sport mode and doing this becomes even more enjoyable.

Less enjoyable, on the other hand, is the Mokka’s ride quality. The damping is pliant, so you expect a soft ride. But for some reason/s, the crossover is easily upset by undulating surfaces.

I initially wanted to blame the tyres, but the Michelin Primacy 4 is not a high-performance tyre with stiff sidewalls. And the car’s 17-inch wheels can hardly be considered big. In fact, by today’s standards, they’re considered small.

Overall, the ride is not a deal-breaker, but you need to take it easy over woolly surfaces.

YOUR CUP OF CROSSOVER?

The Opel Mokka occupies the middle ground between the 2008 and C4. It does not have the dynamic feel of the former, but neither does it have the relaxed character of the latter.

Its youthful vibe should make it appealing to small families and young couples alike.

The Mokka’s calling card is its Vizor design language, which appeals to those who want something less garang compared to the 2008 and its “fangs”, but without being as offbeat as a C4.

The Mokka’s styling is successful because it has done more than just drawn glances. It also piques the curiosity of drivers, which is the first step to getting them behind the wheel. 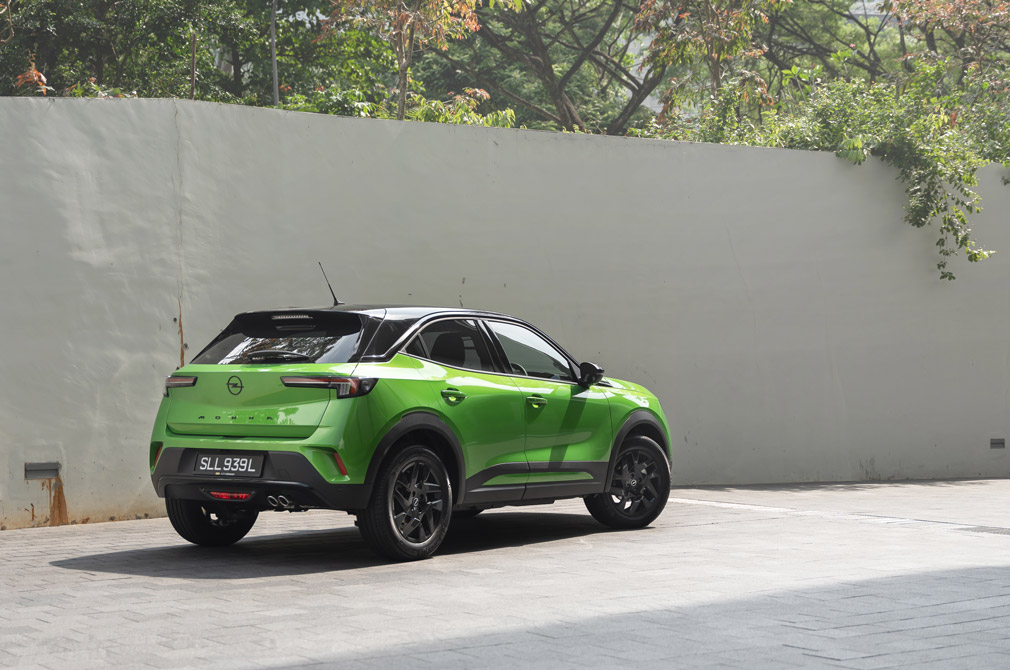