The documentary Twinsters is based on the true story of a French woman who discovers that she has a twin sister. The film chronicles their eventual reunion, and their discovery that they have so much in common, despite having different parents and growing up in different countries and cultures. It’s the same story with the Peugeot 3008 and Opel Grandland X. 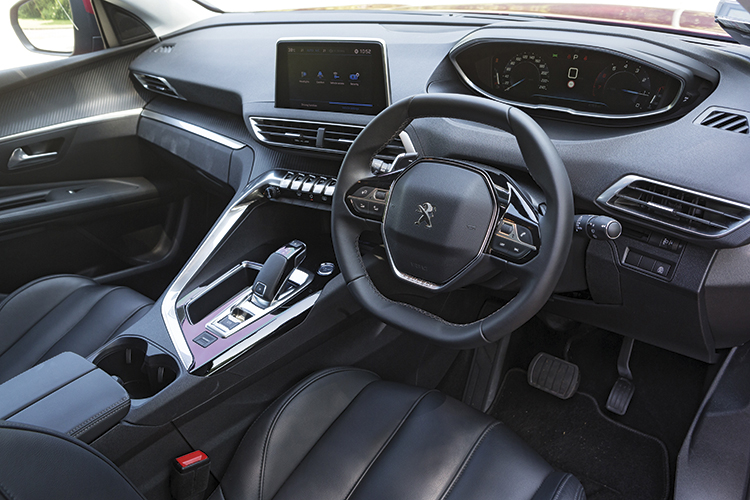 Peugeot 3008’s cockpit is snazzier and more advanced than the Opel Grandland X’s.

At first, it would seem that the Peugeot 3008 and the Opel Grandland X are actually “cousins”, since Peugeot and Opel are sister companies.

However, when you learn that both models share so much DNA but don’t look alike, it actually makes them seem more like fraternal twins. 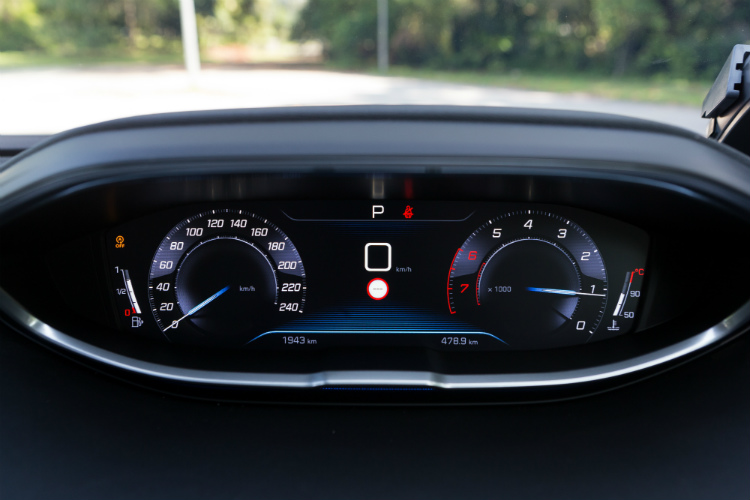 At first glance, the external resemblance between these two SUVs isn’t obvious, as their front and rear ends are strikingly different. The 3008 is the glamorous one here, with a larger chrome grille and more bling (chrome trim) on its foglamps and rear bumper.

The Grandland X, on the other hand, is relatively understated because it has fewer shiny bits. But it does seem more muscular, thanks to the sharp creases on its bonnet and more prominent shoulder lines. 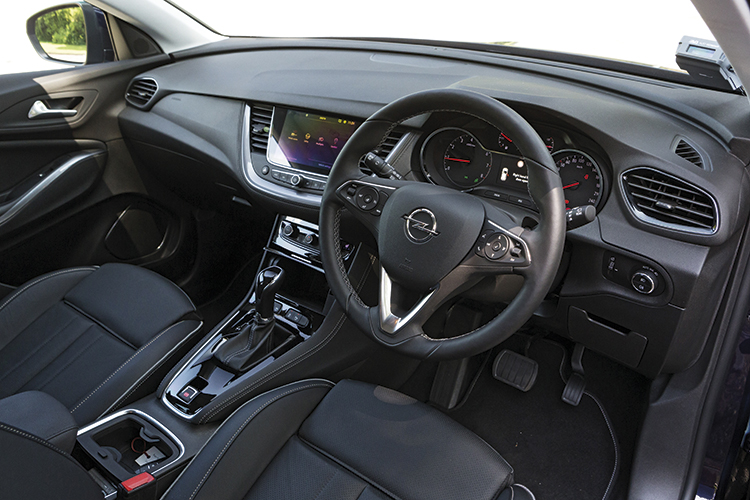 Opel Grandland X’s cockpit is safer and more functional than the Peugeot 3008’s.

Despite their differences in styling, a closer look at both cars reveals that both of them share the same components. Their doors and windows, for instance, are obviously similar. They even use the same little wiper for the rear windscreen.

The 3008 and Grandland X are almost identical in size, too, with the former being slightly taller (by just 15mm) than the latter. The Opel is a hair longer (by 30mm) and wider (by 15mm) than the Peugeot, but both vehicles have the same wheelbase length of 2675mm. 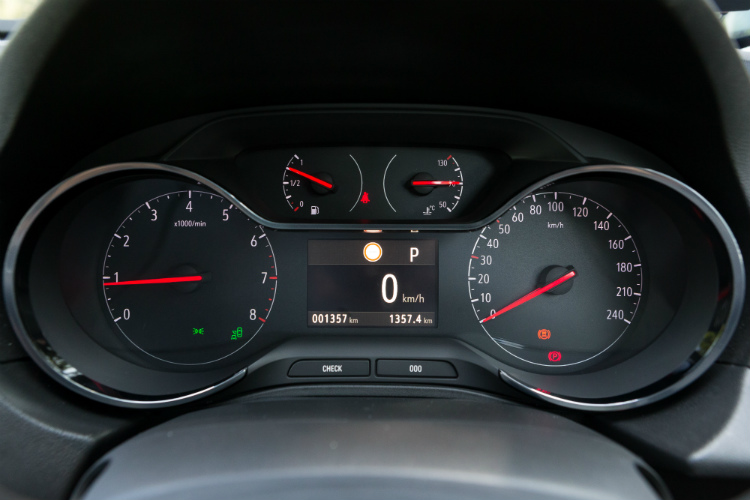 Opel Grandland X drivers have to “make do” with analogue gauges.

Both SUVs’ interiors mirror their exterior designs. Settle in behind the wheel of the 3008 and you’ll be wowed by its cockpit, which is not only pretty, but looks so advanced that you could imagine seeing the same controls in a French fighter plane.

The digital instrument panel and infotainment screen will dazzle you with their sharp graphics, and keen drivers will absolutely love the chunky paddle shifters, along with the small racecar-like steering wheel. The snazzy gearshift lever looks more like a joystick that’s paired to a game console. I’m particularly fond of the rocker switches on the dashboard, which have the kind of tactility you’d find in a luxury car. 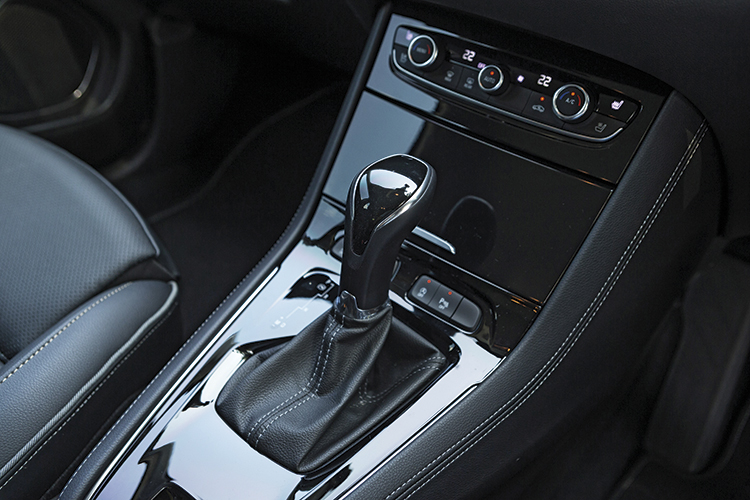 Less appealing, on the other hand, is the 3008’s lack of user-friendliness. For instance, I don’t like how the air-conditioning controls are parked in the infotainment system. It means you can’t adjust the temperature until the unit has booted up, a process that isn’t exactly instantaneous. If the 3008 has been baking in the sun, every second you wait to access the climate controls feels like forever.

You won’t be inconvenienced by such issues in the Grandland X, whose cockpit has less pizzazz but is more “sensible”. Yes, there is a touchscreen-operated infotainment system, but the air-conditioner’s controls are physical instead of virtual. 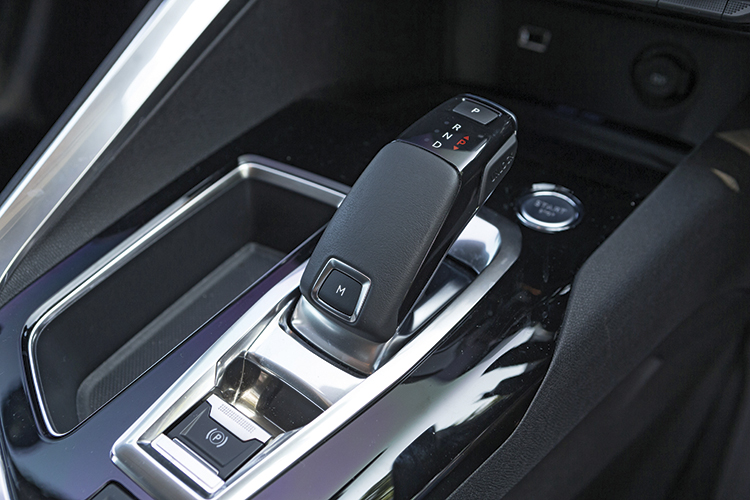 Peugeot 3008’s gearshift lever looks like it came from the cockpit of a fighter plane.

You’ll definitely heave a sigh of relief, too, once you activate the Opel’s seat ventilation function, which the 3008 doesn’t have. The Peugeot also lacks the convenience of the Opel’s powered driver’s seat with memory settings, which are handy when the car is shared by more than one driver.

Naturally, both cars have equally spacious backseats that easily accommodate three adults, thanks to the flat rear floors. But if all three occupants have devices that need recharging, they’ll only have a 12-volt outlet and USB point to share amongst themselves.

When it comes to boot space, drivers will prefer the 3008 to the Grandland X, because it offers slightly more capacity with the rear seats up (520 litres versus 514 litres) and has a lower loading point. 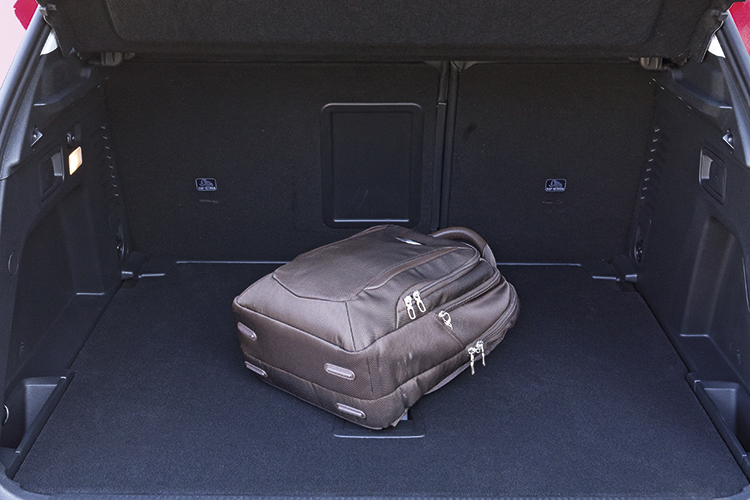 However, if your lifestyle involves plenty of load-hauling, the Opel actually offers more volume when the rear seats are folded, with 1652 litres versus the Pug’s 1580 litres. The Grandland X’s powered tailgate (which the 3008 lacks) is an added convenience, too.

Beneath their bonnets, both crossovers have identical turbocharged 1.2-litre 3-cylinder engines which develop 129hp and 230Nm. A quick glance at the spec sheets shows that the Grandland X is marginally quicker from zero to 100km/h (by 0.4 of a second, to be exact).

Don’t believe what you’ve read, though. Because when you get behind the wheel of the Grandland X, it unfortunately feels like it is 4 seconds slower than the 3008. 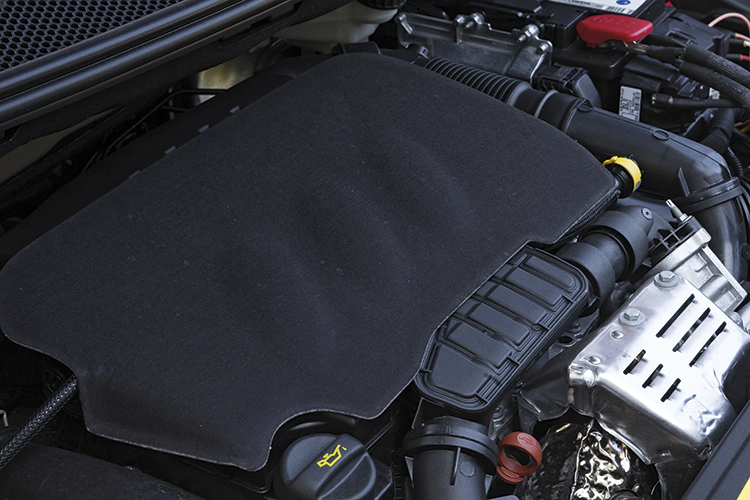 Perhaps Opel’s focus was to make the drivetrain more refined and less responsive. At any rate, the end result is that the Grandland X feels lackadaisical compared to the 3008.

Fortunately, handling, which is one of Opel’s strengths, is present in this car. The Grandland X is always composed, even over woolly surfaces, and while its turn-in isn’t very keen, it does take corners neatly. That should be enough for most motorists.

However, if you count yourself among the minority of keen drivers, then it’s the 3008 that would tickle your fancy. 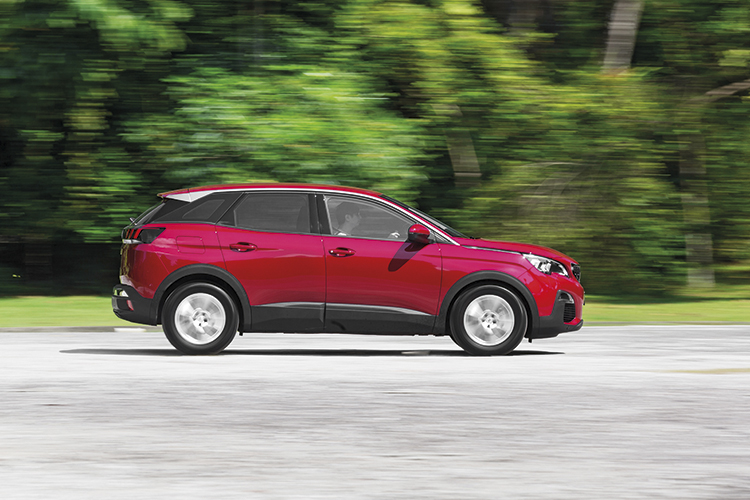 The 3008 feels a lot more eager than the Opel, and in Sport mode, even keeps the revs going a bit too high. There were quite a few times when I’d wish the gearbox would just shift up, because the drone from the engine had become annoying.

Then again, I would forget about the engine’s noise whenever I encounter a series of corners. The 3008 feels nimbler than the Grandland X, and its compact, nicely contoured steering wheel makes you imagine you’re piloting a giant go-kart.

If I were going on a road trip, I’d definitely pick this French model. 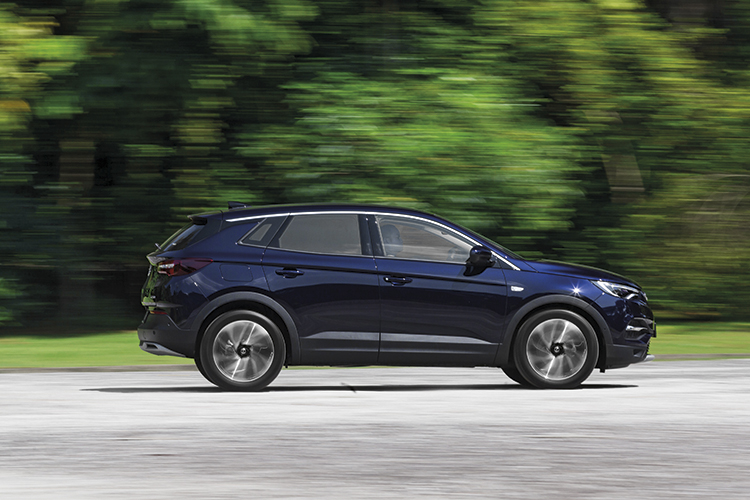 Opel Grandland X has a better ride quality than the Peugeot 3008.

Choosing between these fraternal twins wasn’t so straightforward, though.

The Opel’s German-ness is very appealing to me. Its cockpit is more comfortable (thanks to those ventilated seats) and more rational than the Peugeot. And since I’m low-key by nature, I’m drawn to the understated design of the Grandland X. The Opel Grandland X is sensible and practical, while the Peugeot 3008 is flamboyant and fun to drive.

However, opposites really do attract. After driving both crossovers back to back, I found the 3008 to be more compelling.

True to its French roots, the 3008 is indeed stylish. But what really got me is how the Peugeot has gone a step further by being flamboyant, too.