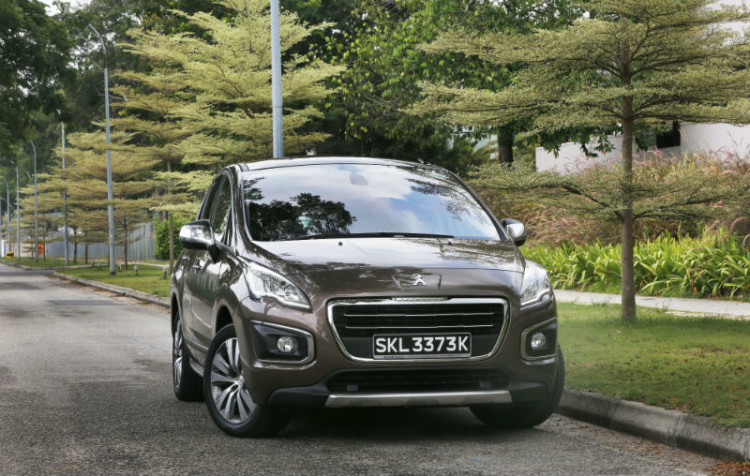 In 2010, Peugeot agent AutoFrance introduced the 3008, a pleasant-looking and highly equipped crossover which should have done better than it did.

(Click here to read our review of the pre-facelift Peugeot 3008.)

It had a 1.6-litre petrol engine mated with a six-speed autobox. The car produced 156bhp, so it had a good combination of cost competitiveness and performance.

Then over the next few years, AutoFrance introduced a turbo-diesel variant as Singapore’s diesel taxation scheme became less prohibitive.

Being a diesel also meant it was super economical, an endearing trait in any car, but especially so for a crossover.

But the car had a robotised manual gearbox, which made it as pleasant to drive as an old truck with a rusting driveshaft.

Now, Peugeot may have finally landed a “Goldilocks” 3008 – a car that is just right.

It has a Euro 6 1.6-litre turbo-diesel engine paired with a conventional 6-speed automatic transmission. Which means it is economical, meets the newly introduced power cap for COE Category A and, most importantly, is smooth and torquey.

The car has also undergone a facelift and comes across more urbane and modern. On the other hand, it has lost a bit of ruggedness.

On the go, the latest 3008 does not have the high-end verve of the petrol-driven version. But with 300Nm of shove available from 1750rpm, it is far from a sloth.

In the tight confines of the city, the car is relatively brisk, although it is best on an open highway.

As with French cars, its transmission has high-ish ratios, giving it a rather unhurried stance. Yet, a sharp prod will get it up to a sprint fairly effortlessly.

And because it uses diesel, a relatively cheap fuel, you have no qualms being a little heavy-footed now and then. But most times, the car does not need much prodding to keep up with traffic. 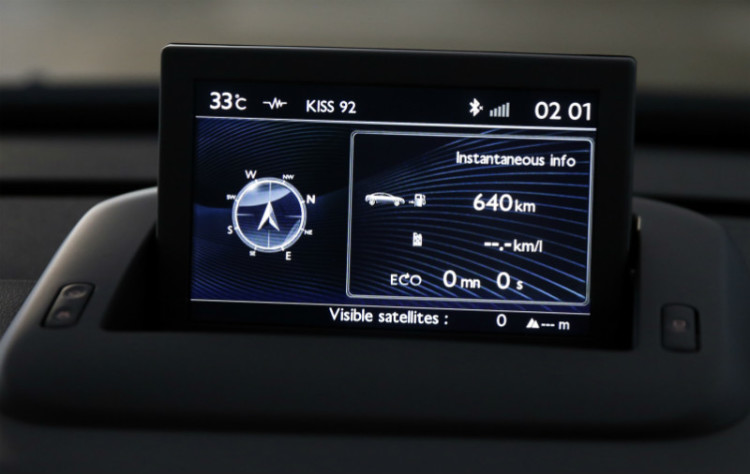 The new Peugeot 3008 is decently equipped with goodies including a pop-up infotainment display.

You hear a distinctive diesel chatter at idling and when moving off. But when you reach a cruising pace, the noise fades into the background.

The 3008 rides on a comfort-biased suspension system, something which has not changed over the years. It is also prone to side-to-side body movements, an acceptable trade-off for journeys that are kind to your lower back.

It is not exceptional when tackling corners, but neither is it averse to road curvatures. In any case, it is not a car that inspires shenanigans.

Rather, it inspires you to start a family, if you do not already have one.

It has a spacious cabin for five and an adequate boot. A split tailgate allows you to access the stowage area in carparks with low ceilings. And the flip-down portion adds a touch of class – you can imagine using it as a makeshift bench on a remote beach.

After six years, the 3008 is still decently equipped when compared with its peers.

A head-up display, anti-glare rearview mirror, LED daytime running lights and rear lights, an expansive glass roof with motorised sunscreen, three 12-volt sockets, navigation and cruise control as well as self-folding wing mirrors with puddle lighting are just some of the goodies you will find.

But strangely, a keyless system is not among them.

Still, it is quite a lot of car for the price, which, incidentally, is the lowest the 3008 has ever been.