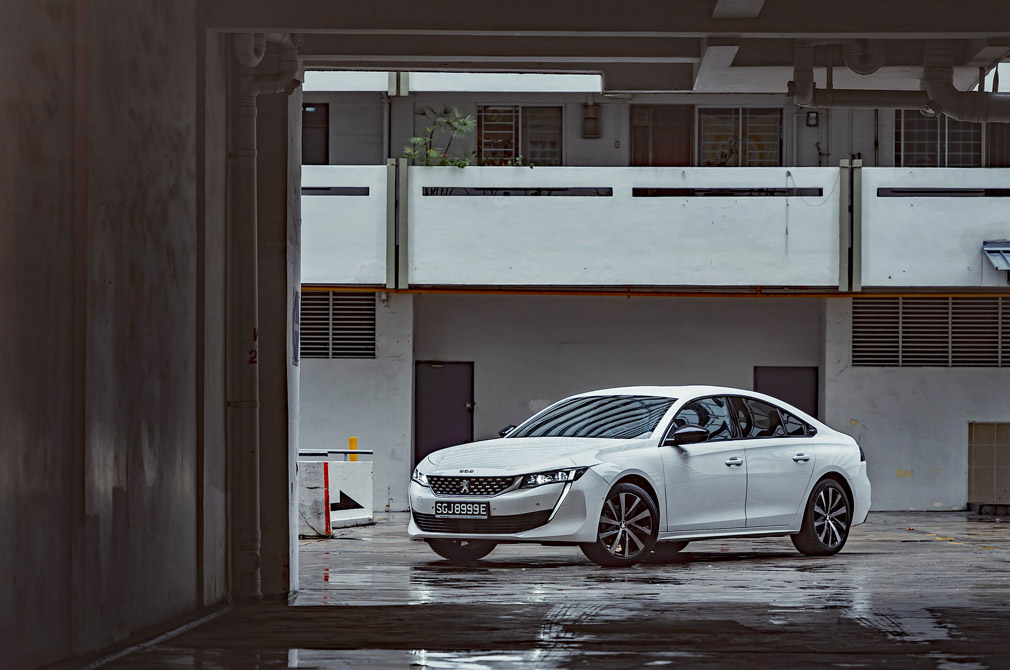 Saloons are no longer be in vogue, but that may be hard to believe when you come across the latest Peugeot 508.

It does not resemble its predecessor and that it is a good thing, for the latest 508’s swanky design makes the previous one look staid.

The new model’s chiselled lines, narrow grille and slim headlights make it look modern and stylish. The flanks have been kept fairly clean, and the slim tail-lights at the rear echo the front nicely.

Restraint is key, and the designers have pulled this off. The 508 looks nice from almost every angle. Even the “fang-like” daytime running lights work well. They could have easily come off as goofy, especially on what is essentially the brand’s flagship model in Singapore. 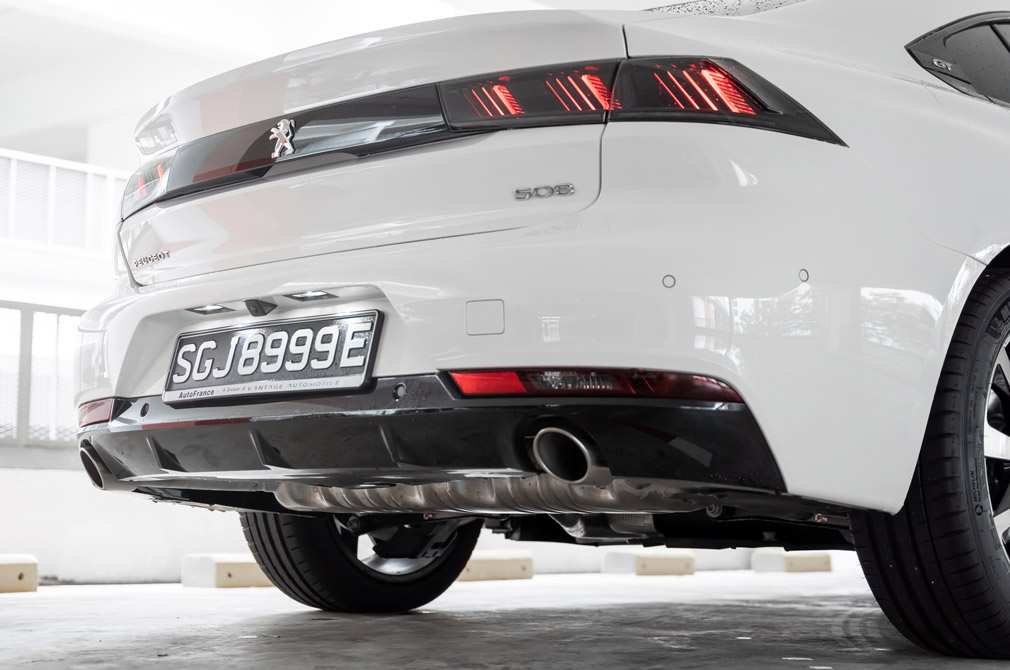 To be precise, the Peugeot 508 is actually a fastback, not a saloon like the older model. It is also the first time that the model comes in this body style.

Fastbacks look like sedans, but when you pop the boot lid, both it and the entire rear windscreen are raised. The result is a massive aperture for stowing bulky items, or even a full-size bicycle.

But storage isn’t the main feature here. It’s the fact that this interior is not only high-tech, but also the most upmarket of all the Peugeot models.

Get behind the wheel and you’ll be cossetted by factory fitted Nappa leather upholstery, and greeted by the brand’s ubiquitous i-Cockpit. 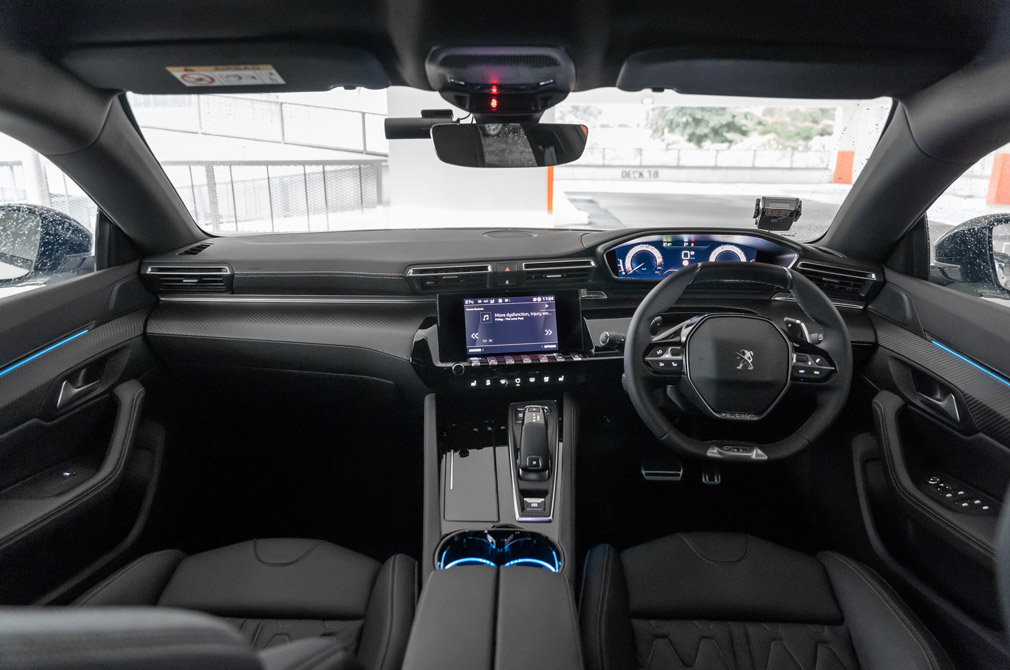 A 12.3-inch digital display functions as the instrument panel, while the infotainment is presented on an 8-inch touchscreen. Though the former is similar to the ones in the 3008 and 5008 models, it does have a unique copper theme to distinguish it from its siblings.

I prefer the “holographic” display found in the 2008 GT, but that might only be available when the 508 is eventually updated.

The compact steering wheel will continue to polarise opinions, but once you get used to it, it is a treat to use. It makes the car seem more “agile”, since smaller movements are required when manoeuvring the vehicle.

The “piano keys” for the most-used functions are still useful. Less pleasing, however, is the dual-level console. For starters, the USB port here is “hidden” and located on the lower level on the passenger’s side. (After all, these cars are first and foremost manufactured for left-hand-drive markets.)

Secondly, storing anything here means said item will now be out of your sight. If you’re forgetful like me, you are likely to leave the item/s behind. 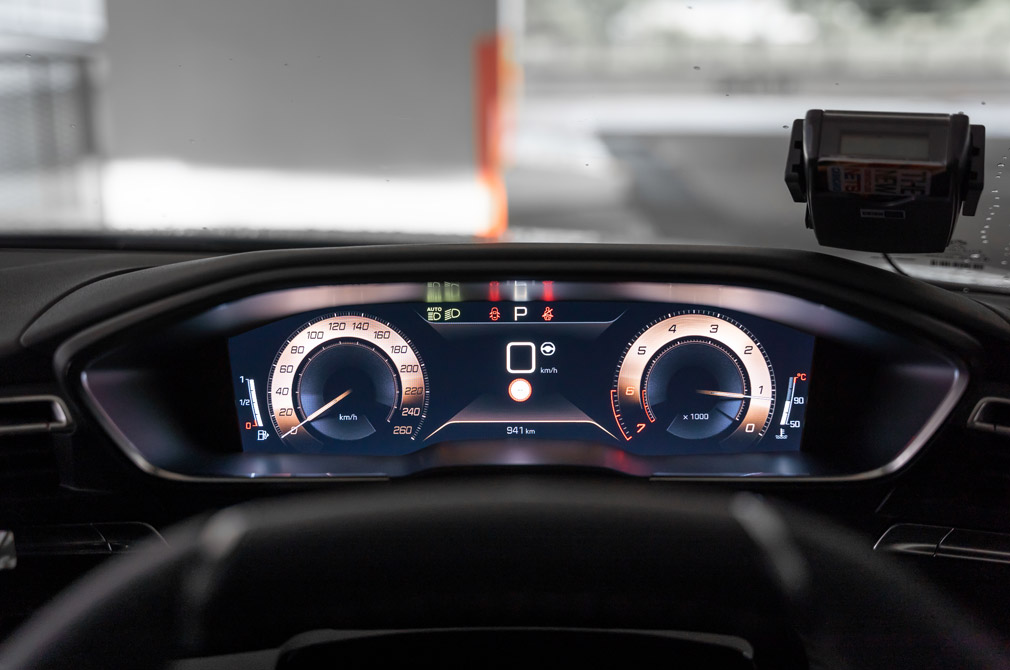 “Copper” theme, which is unique to the 508 model, adds a touch of stylishness to the cabin.

Backseat accommodations in the Peugeot 508 are relatively good, with generous legroom and headroom. Foot space is fine for most folks, but could be an issue for those with larger feet.

Getting three adults to sit abreast shouldn’t be an issue either, since the floor protrusion is low and the centre occupant has less of an awkward sitting position.

Making the rear bench even more comfy and useful are the pair of air vents and USB ports. In fact, all cars should have these as most buyers already expect to see them as standard.

Fastbacks are immensely practical and the Peugeot 508 impresses here. You get 487 litres with the rear seatbacks upright, but folding them expands the boot volume to a commodious 1537 litres.

To enhance its usefulness, there are several tethering points and a small netted partition, which is handy for storing wiping cloths, glass cleaner and a quick detailer. 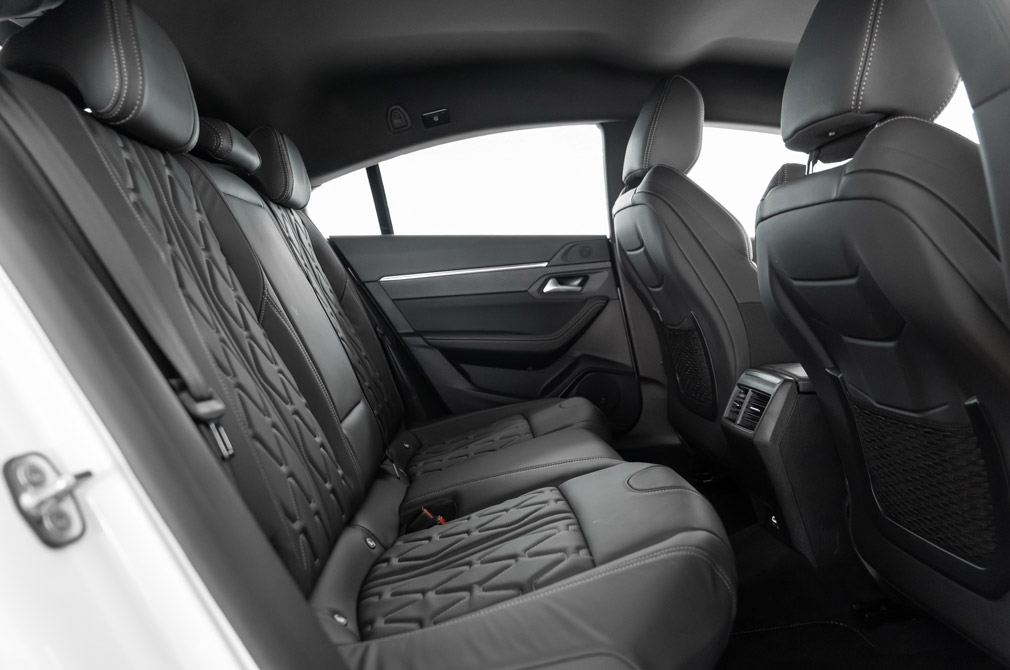 Backseats are relatively roomy, though anyone taller than 1.8m will have an issue with headroom.

I found the 8-speed automatic seamless, though a colleague who tested the car earlier complained of some shift-shock between the first and second forward ratios.

That said, the manual override mode’s responses could be a bit quicker, though, given the drivetrain’s healthy output.

And I was also hoping that the 508 would sound “thrummy” when revved. But I suppose that soundtrack can only be found with the 3-cylinder that powers the 3008 and 5008 SUVs.

Incidentally, it is good that this unit does not power the 508 – that would have been asking too much of it.

The 508’s ride quality is firm, but never uncomfortable. It is not the sharpest around corners, but it does move predictably and progressively. Again, the small steering wheel makes it feel nimbler than it actually is. 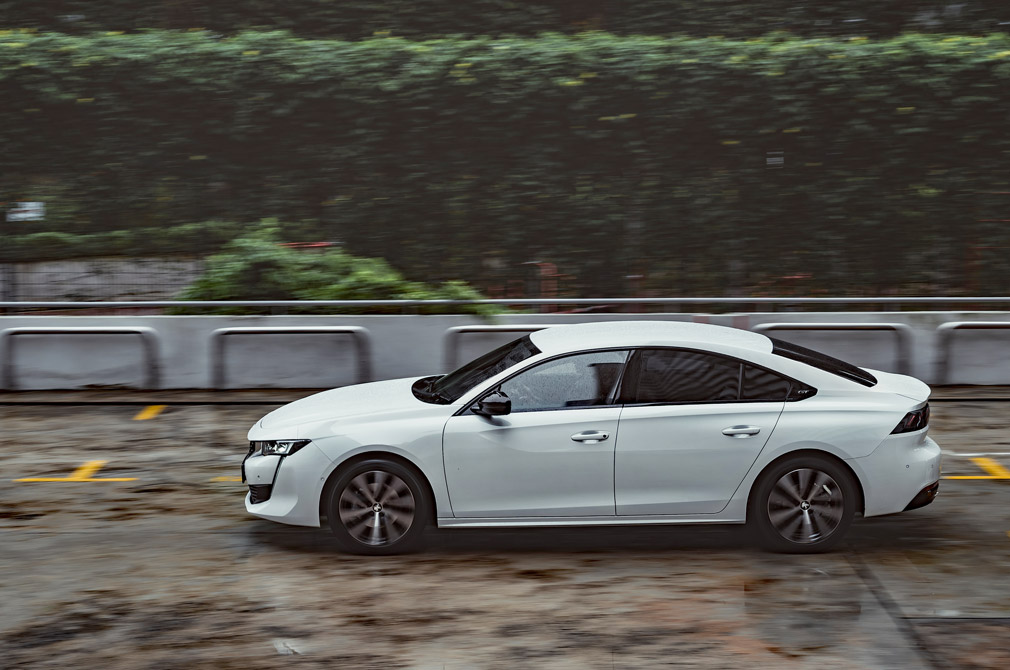 Like its predecessor, the 508’s handling is linear and predictable.

Should the Peugeot 508 have been engineered to be sportier than before? Perhaps. But at any rate, Peugeot has wisely not hyped the car’s performance.

It has instead concentrated on playing up the car’s design and numerous standard features, which include forward collision warning, blind spot monitoring and Lane Departure Warning.

As for trim levels, the 508 is currently available only as the top-spec GT variant. Would this limit its accessibility? Perhaps.

But that should not limit its overall appeal to buyers. As a flagship model, it must retain some exclusivity while carrying and reflecting the brand’s ethos.

And judging by what the Peugeot 508 offers, it is a blend of technology, design and panache.

Saloons and fastbacks are no longer in vogue, but if there were more models like these, they just might make a comeback. 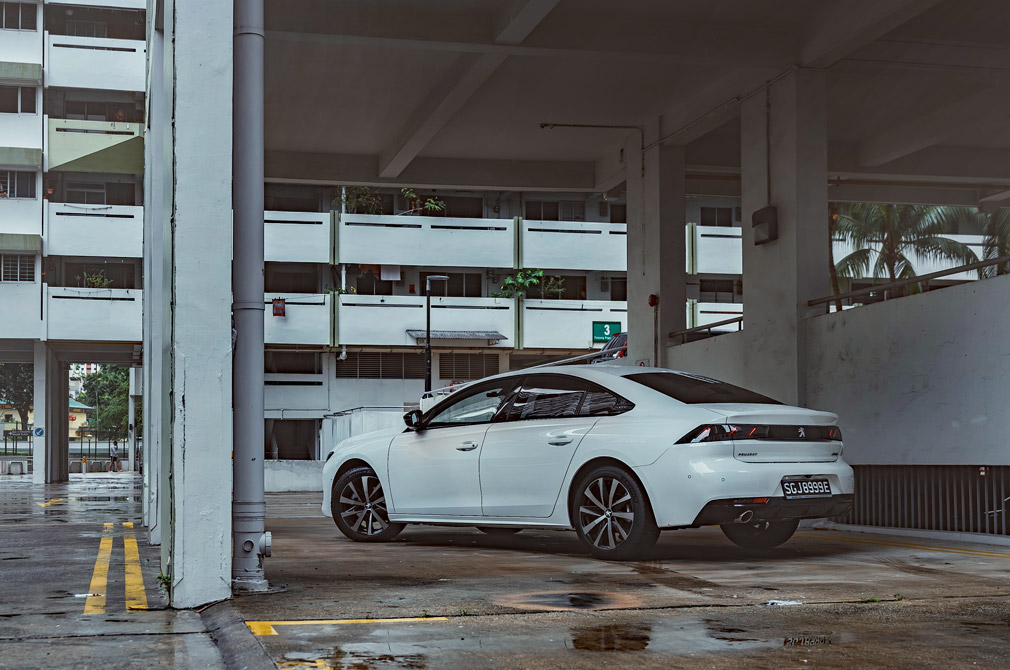 Looking for another fastback? Click here for our Kia Stinger review
Or check out our Skoda Superb review here