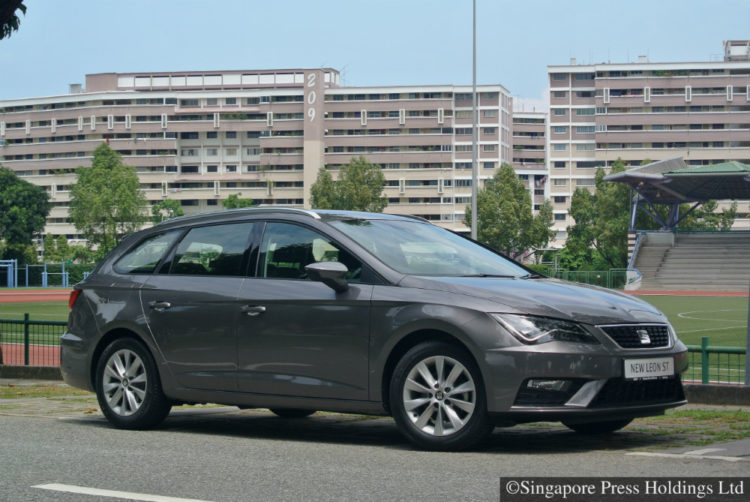 The Seat Leon ST 1.0 is powered by a 1-litre, 3-cylinder power plant and comes with a 7-speed dual-clutch gearbox.

Pop music fans will know that one of the hottest songs on the airwaves is Spanish reggae-pop tune Despacito.

Most might say it is a Justin Bieber song. But it was first released in January by Puerto Rican pop stars Luis Fonsi and Daddy Yankee. The Bieber version, which is in English, is a remix released three months later. Still, Despacito has become better known as the Canadian pop star’s Spanish hit.

The Seat Leon reminds me of the song. Few in Singapore will be familiar with the car, unless it is referred to as the “Spanish Golf”. The Leon shares the same platform and parts such as the gearbox as the Volkswagen car.

But the tag does not do the Leon full justice because it is distinctive enough on its own.

The Leon ST tested here is a facelift of the third-generation Leon that was launched in 2012. But most drivers here will see it as a new model because Seat was absent here between 2003 and 2016, save for a handful of units that the car marque’s local dealer brought in last year when the brand was relaunched.

The Leon ST is the station wagon version of the Leon hatchback.

Styling-wise, the car is conservative and does not stand out from the crowd in any way.

Viewed from the side, few drivers will be able to tell that it is a Seat. My 18-year-old son saw the car and said: “Dad, you brought a Passat (from Volkswagen) home.”

Under the bonnet, the Leon ST is powered by the familiar 1-litre, 3-cylinder power plant that is also found in the Seat Ibiza supermini, a smaller car. Both cars share the same 7-speed dual-clutch gearbox.

But while the powertrain in the Ibiza makes the supermini snappy, it is somewhat dulled in the Leon ST. This is despite the Leon having a higher power output than the Ibiza (116 versus 110bhp).

On the move, the car feels slower than the 9.8 seconds on paper for the century sprint.

The peak torque is delivered in a narrow engine speed range of 2000 to 3500rpm. It comes in a swell and peaks too soon. 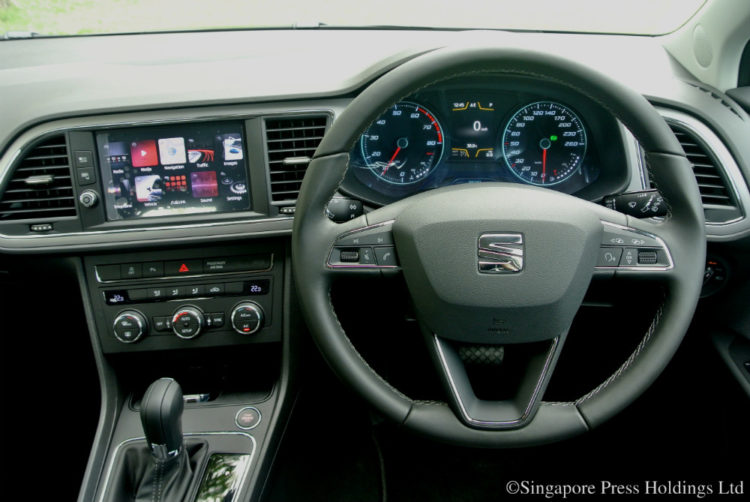 On expressways, I found myself hesitating to switch lanes into faster-moving traffic, to avoid being caught flat-footed and not being able to pick up speed quickly enough.

I drove the Golf Variant (station wagon) last year. It has identical 200Nm of torque from a 1.4-litre engine, but a wider peak torque band of 1400 to 4000rpm. I did not find myself hesitating as much when changing lanes compared with when I was driving the Leon ST.

But what the Leon ST lacks in pace, it makes up in functionality.

The rear seats can be folded to create a nearly flat load area that can take a full-size mountain bike. Those who drive the car will unlikely find themselves lacking in boot space.

There are amenities for drivers and passengers.

Drivers will appreciate the eight-inch full-colour touch-screen infotainment system that is compatible with Apple and Android phones, the small wireless charging tray for smartphones and the reverse parking camera, which is handy because the thick C- and D-pillars and smallish rear windscreen restrict views.

Rear passengers will enjoy their own air-conditioner vents.

Over a 24-hour test drive that covered about 84km, the car’s fuel consumption was about 14.3km per litre, less than the claimed 22.7km per litre.

There are some niggles too. For instance, the two USB ports are hidden too deep under the centre console. I had to contort my body to plug in my iPod Shuffle. And after I did, both ports could not detect the device.

Overall, the Leon ST shines with its practical package and lower road tax from the 1-litre engine.

Its biggest appeal must be its price. Its nearest rival, the Golf Variant, was listed at $140,900 early last month, but it has since sold out. The new facelifted Golf is expected only at the end of this year.

At about $20,000 less than the Golf Variant, the Leon ST is an unexciting but compellingly sensible pick. In this sense, being a “Spanish Golf” is not a bad thing. 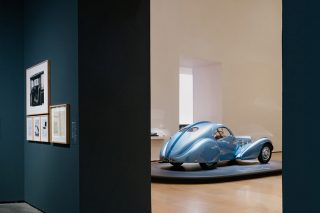