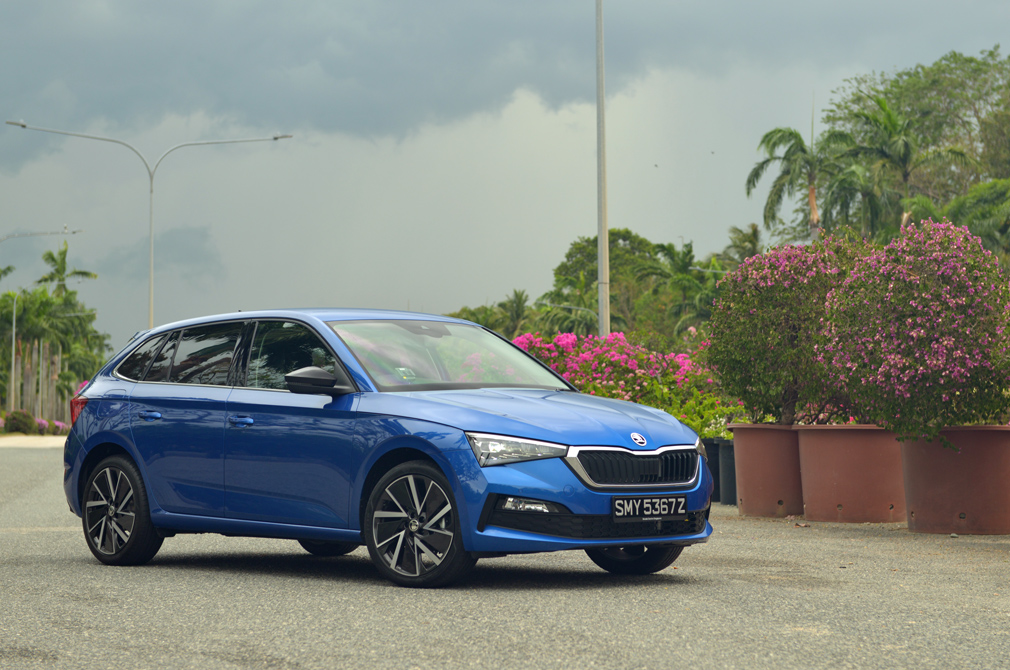 The new Skoda Scala hatchback is marketed as a car that appeals to a driver’s emotional side. It’s even in the name – the Scala nameplate is Latin for “stairs” or “ladder”.

That evokes an ascension to greatness – a stairway to heaven, if you will.

Its brother is the Skoda Kamiq crossover, also built on parent Volkswagen Group’s MQB-A0 platform (upon which the Volkswagen T-Cross also rides).

The two are remarkably similar, so much so that you wonder whether that will result in some confusion.

VW here is clearly wagering that customers can discern between the pair, and as we shall soon see, there could be some reasons why you would pick the Scala. 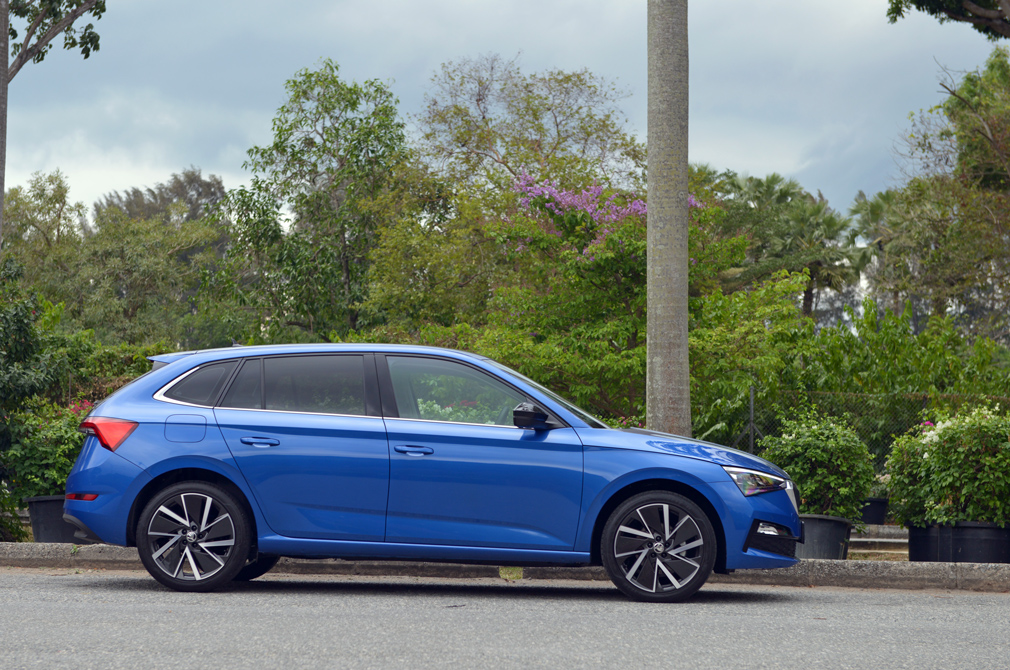 With a mix of clean and angular lines, the Scala is a handsome looker. It appears targeted at the more stylish younger buyer, and it holds its own against more visually daring hatchbacks in its price bracket.

It begins with an upright grille flanked by wedge-shaped headlights, from which crisp character lines wind till they meet at a pert rear.

At 4362mm long (with a 2649mm wheelbase), the Scala is one of the longest hatchbacks on sale here, being beaten only by the svelte Mazda 3 hatchback. 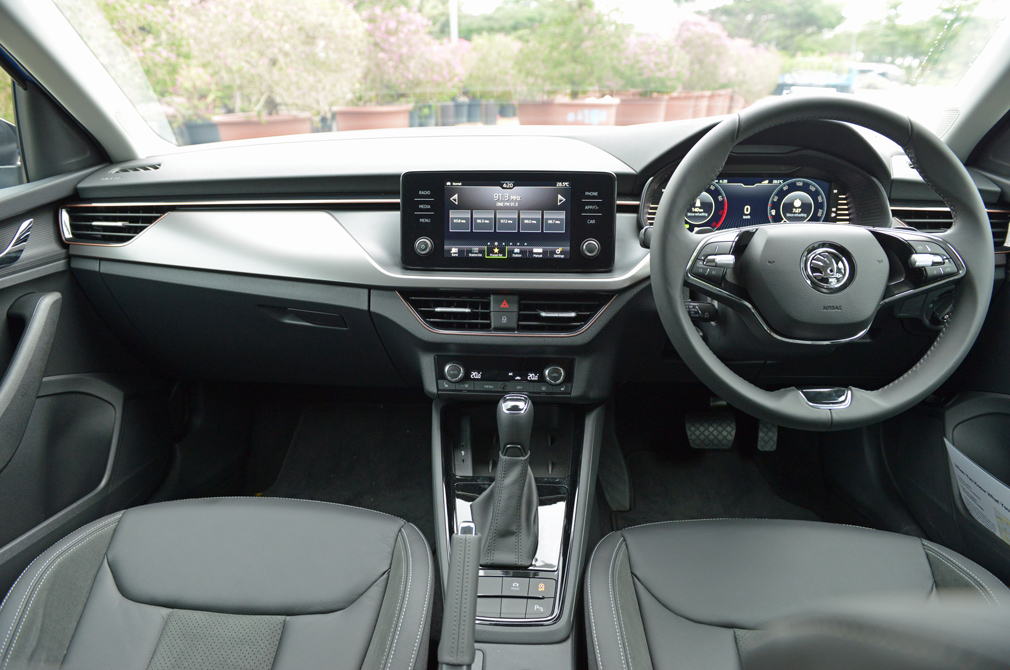 TAKING A STEP INSIDE

The interior has just enough eye-catching designs that elevate what would otherwise be a rather reserved cabin.

There is a two-spoke steering wheel (rejoice, 6 o’clock-hand-placement drivers) and “floating” door handles, which I found curiously attractive.

There are also two USB-C ports up front for charging, but none at the rear.

The base Ambition model gets kit like wireless phone charging and a rearview camera, while the Style trim (tested here) has an 8-inch infotainment screen (up from 6.5 inches) that’s Apple CarPlay and Android Auto compatible.

Also standard are a digital instrument panel, an electric tailgate and a suite of driver assistance and safety features. 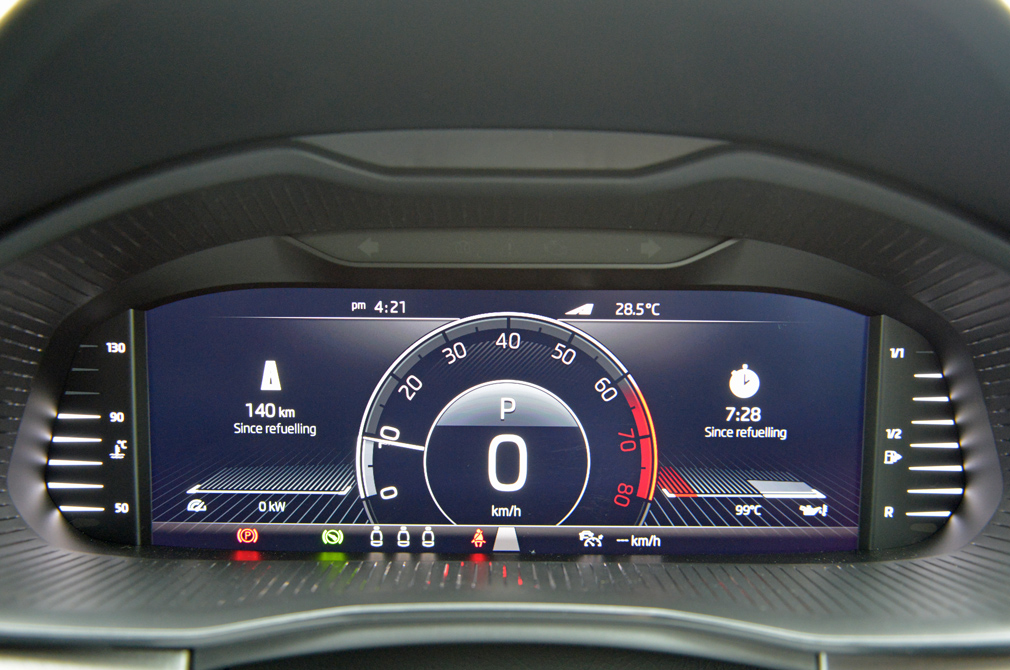 All variants also get City Emergency Braking and a driver alert system as standard.

The seats are covered in a mix of leather and “Suedia” microfibre upholstery and feel supportive and well-padded.

True to Skoda’s word, the rear bench – with its own set of air-con vents – is indeed one of the roomiest in its class. My 1.78m-tall frame fit comfortably with lots of head, knee and legroom.

But this is first and foremost a two-seater bench – if you want to squeeze a third person in there, be sure to make your journey short.

Behind that is a commodious 467-litre trunk that balloons to 1410 litres when you fold the rear seats. It is even bigger than the Kamiq’s boot and is one of the largest (if not the largest) in its class. Driving the Scala is a perfectly competent and predictable affair.

With MacPherson struts up front and a torsion beam at the rear, the Skoda Scala’s ride is refined enough over smooth surfaces and troubled only by the very worst our increasingly potholed roads have to offer.

Most drivers will be perfectly happy with the steering, which is light, precise, and responsive. Keener pilots might wish for a little more road feel, but there are other cars for that.

Rounding a sweeping expressway entrance exposes little body roll, and unless you are gunning for lap times, the Goodyear Eagle F1 Asymmetric 3 tyres provide sufficiently high levels of grip without too much road noise. 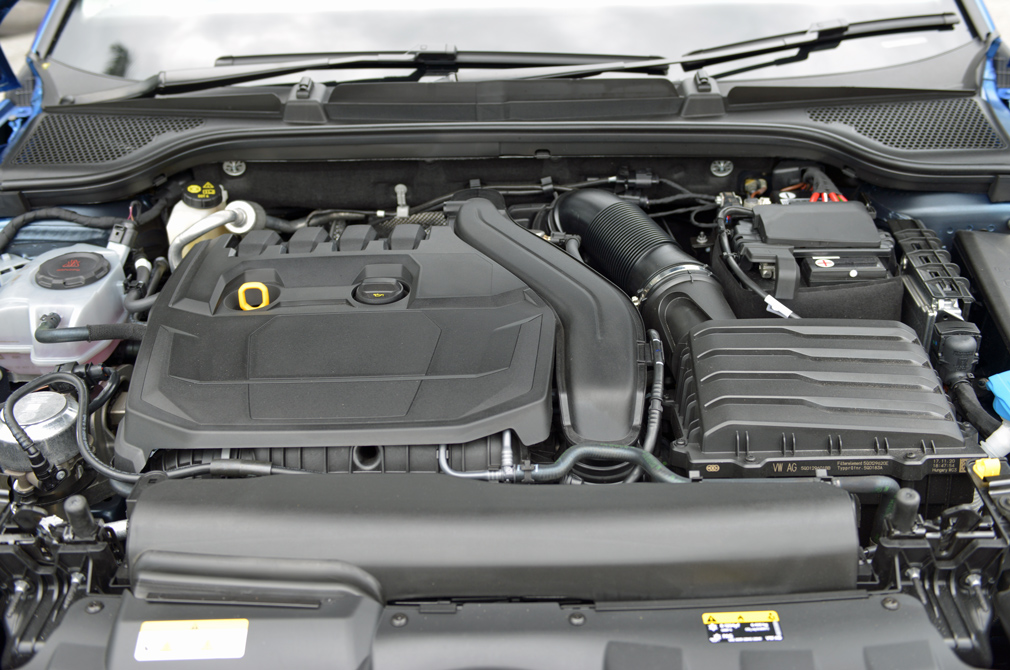 All variants – Ambition, Style, and the sporty Monte Carlo – of the Skoda Scala get the same 1.5-litre TSI Evo, 148hp, 4-cylinder engine also found in the Kamiq. It is connected to a quick-shifting 7-speed dual-clutch gearbox.

On a 175km test drive combining expressways with urban traffic, I clocked 15.8km/litre, down from the official 18.2 km/litre but still very respectable.

That was partially down to the cylinder deactivation feature that can shut down the middle two cylinders under lighter loads and seamlessly reactivate them when you demand more power.

The 250Nm of torque pulls the Scala’s 1260kg bulk from rest effortlessly and goes about its business quietly in urban traffic, only troubling your eardrums upon sudden, big accelerator movements.

Even then, noise insulation is good – so good that once I had to rev the engine at a stop to make sure it hadn’t fallen asleep. 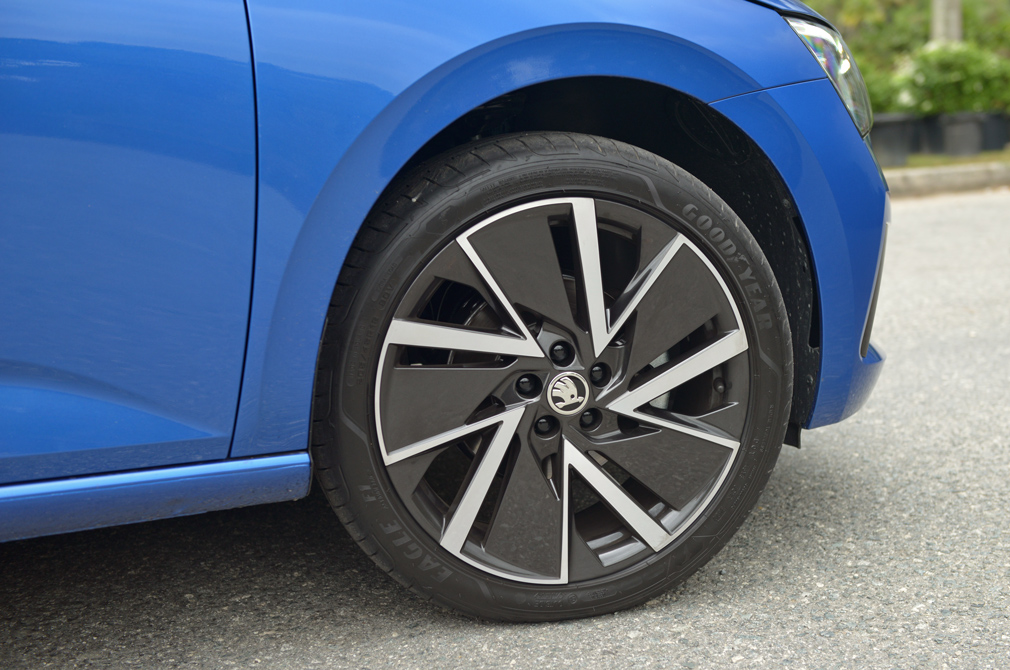 IN THE SCALA’S FAVOUR

The Scala is a very likeable car, all things considered. It is stylish, spacious, well-equipped (even the base model) and well-made.

With prices starting from $115,900 at launch, it’s also good value considering it’s the most powerful hatchback around.

To surpass its power output, you’d have to pony up for something like the Mercedes-Benz A200, which is $60,000 dearer.

If you are a keener driver comparing the Scala with the MINI range, you’d be looking at the MINI Cooper 5 Door. It costs significantly more, but has less power and lesser space.

As such, the Scala finds itself occupying a sweet spot in the local hatchback market that is quite unlike anything else for its combination of features. If an SUV is not for you, yet you desire the space and practicality of one, meet the hatchback that could be the perfect choice. 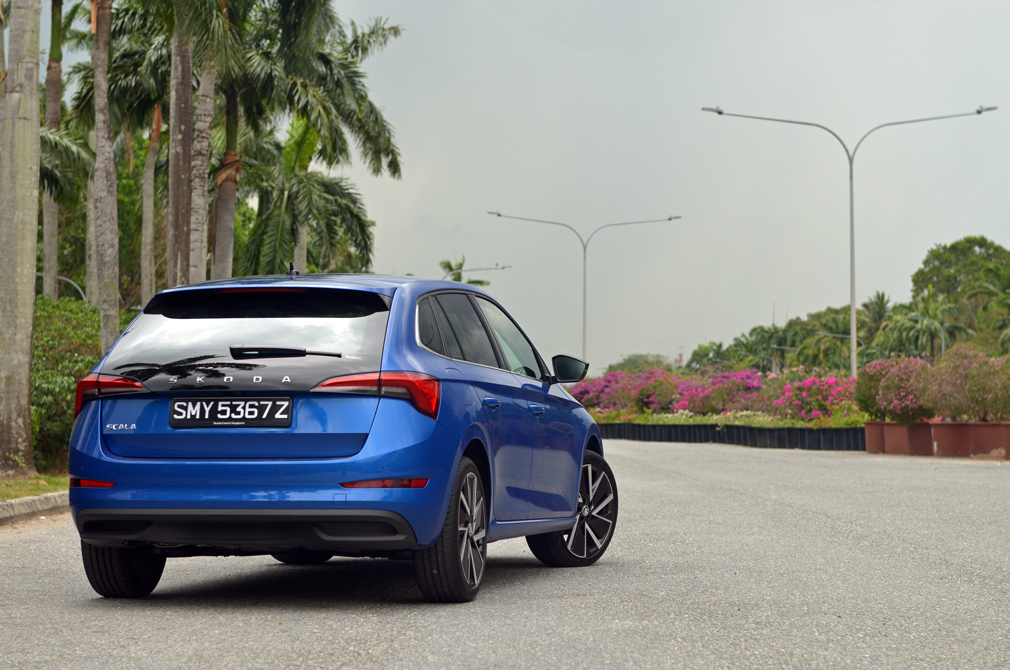