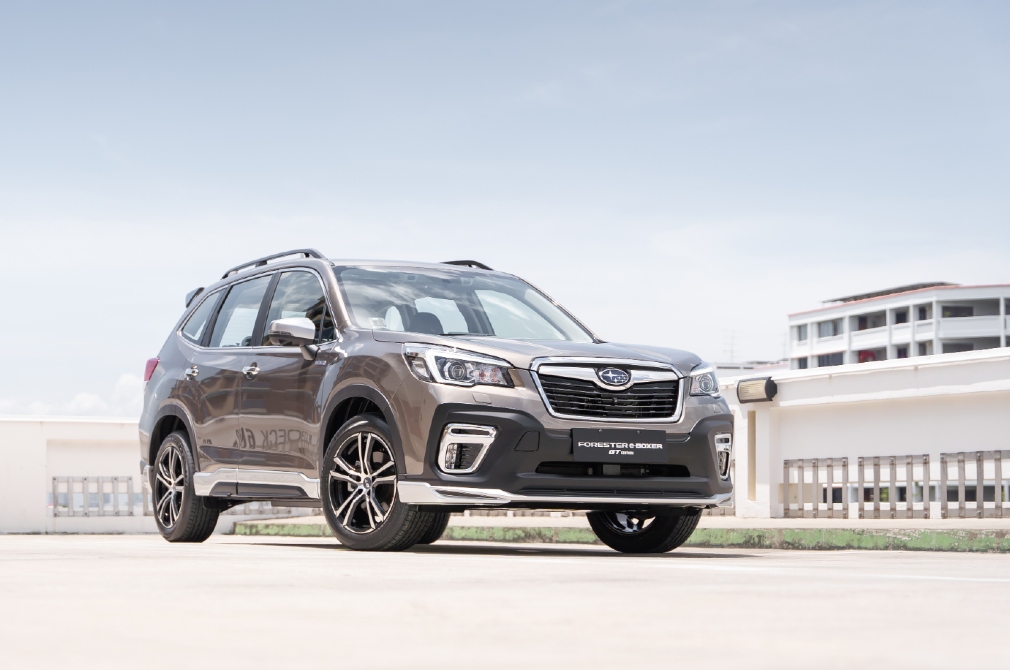 The last-generation Subaru Forester was a very impressive midsize SUV.

It was practical, roomy, had good on-board refinement and in XT form, sporty performance. The latter was thanks to the turbocharged 2-litre flat-4. It delivered 240hp, 350Nm and a 0-100km/h time of 7.5 seconds.

I enjoyed my drive in it so much that I actually considered acquiring one. The only thing that stopped me was a former teammate. He wisely pointed out that it was too much car for a married couple with no kids.

The latest Subaru Forester is impressive, too.

It ticks all the right boxes by being spacious, useful and even more refined than before. Plus, it has the EyeSight safety system as standard, which makes it more secure than ever.

But unfortunately for petrolheads, there’s no range-topping turbocharged version to entice them. My better half is probably grateful for that. 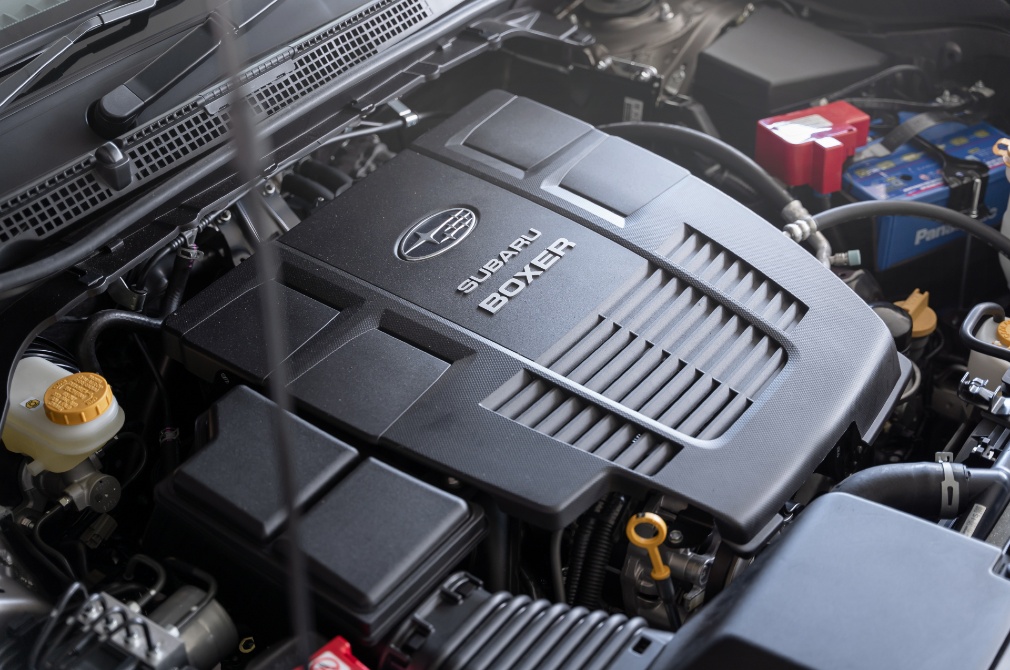 Instead, the top-end Subaru Forester variant is the Forester e-BOXER, which has a mild hybrid powertrain.

Said powertrain consists of a naturally aspirated 2-litre flat-4 paired to a 16.5hp electric motor. The electric motor is powered by lithium-ion batteries.

Mild hybrids, however, are less powerful than regular hybrids. They cannot propel the vehicle on electric power alone for long periods. Their electric motors don’t have enough oomph, and the batteries lack the capacity for sustained electric-only driving.

In the Subaru Forester e-BOXER, the mild hybrid system supplements the petrol engine by smoothing out and enhancing its power delivery.

For instance, moving off from a standstill requires more effort on the engine’s part to overcome the vehicle’s inertia.

But with 66Nm of torque from the electric motor, the Subaru Forester e-BOXER feels more responsive when accelerating from the lights. 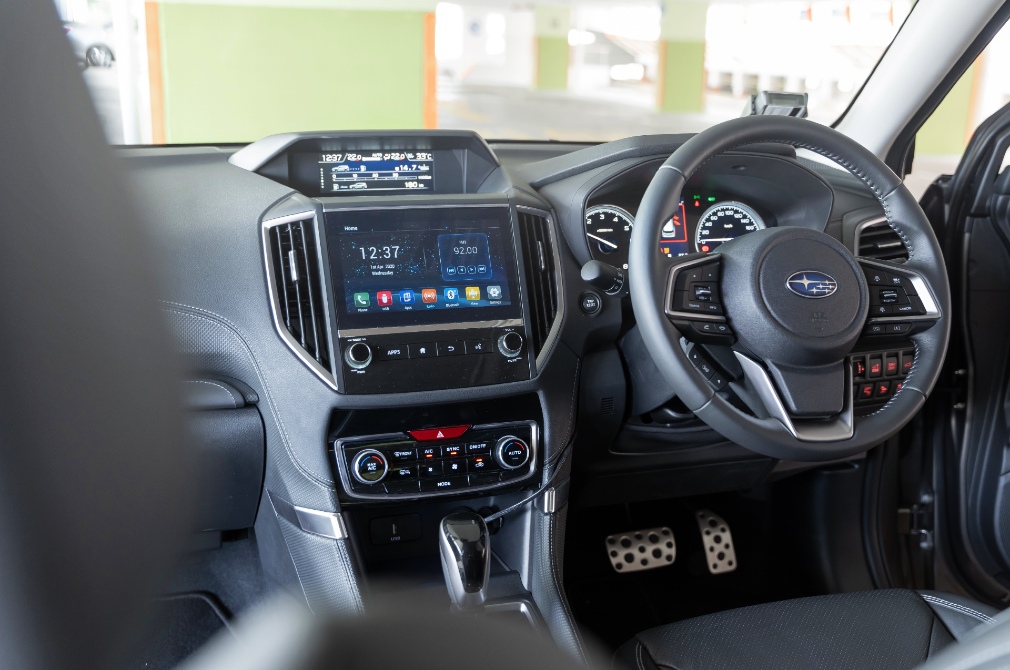 The electric motor aids the engine at low to medium speeds. When needed, the driver can also use the stored energy as a form of electrical boost. This is activated when you choose S or Sport mode prior to flooring the accelerator.

Oddly enough, however, the Forester e-BOXER is actually slower than its non-hybrid sibling. It takes 11.8 seconds, or 1.5 seconds longer than the regular Forester, to go from zero to 100km/h.

Still, with enough juice in the batteries, the Subaru Forester e-BOXER can at least feel zippier than the regular Forester.

The batteries are charged through regenerative braking and via the engine. It takes a lot of careful driving, though. You need to be gentle so that more energy is stored than expended.

Once the battery gauge is more than half full, you can start exploiting the electric boost. It’s useful not just for overtaking, but climbing steep carpark ramps as well.

The stop-start system operates seamlessly, too. Only once during my test-drive did the engine shudder palpably upon restart. RUNNING AROUND THE FOREST

If you’re looking for a surefooted SUV with plenty of roadholding, the Subaru Forester e-BOXER is a serious contender.

Its all-wheel-drive system means added confidence during heavy downpours. Even with road-going tyres, damp grassy knolls are not going to be problem.

Outright agility, however, is not what this SUV was designed for. With its tall stance and high ground clearance, hard cornering will result in plenty of lean.

Getting the most out of the Subaru Forester e-BOXER means driving it in an eco-conscious manner. Or at the very least, a normal one. 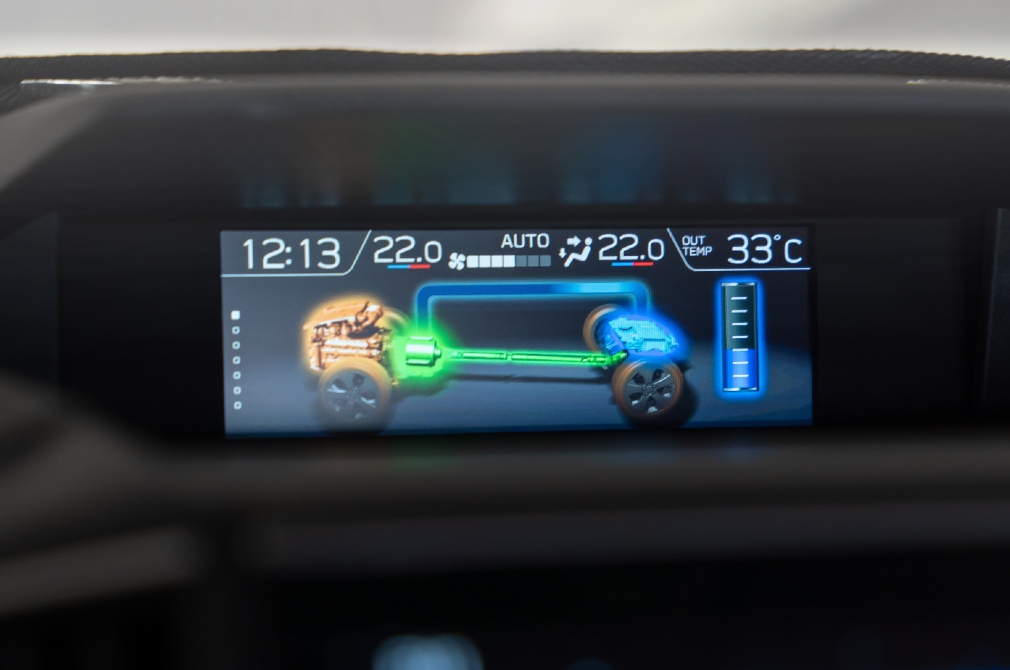 The power flow monitor and battery gauge lets occupants see how well the driver is doing.

Subaru claims that the Forester e-BOXER has a combined consumption of 14.9km/L. In comparison, the regular Forester is rated at 13.5km/L.

But during my short drive, I only managed 9.1km/L or 11 litres per 100km. You can blame my heavy-footed driving style. But you must also take into account the Subaru Forester e-BOXER’s mass.

At 1672kg, the Forester e-BOXER is 134kg heavier than the regular Forester. That’s like permanently carrying two 67kg adults.

A longer test-drive might probably result in improved figures. But at this point, I’d say anything above 10km/L would be pretty good. 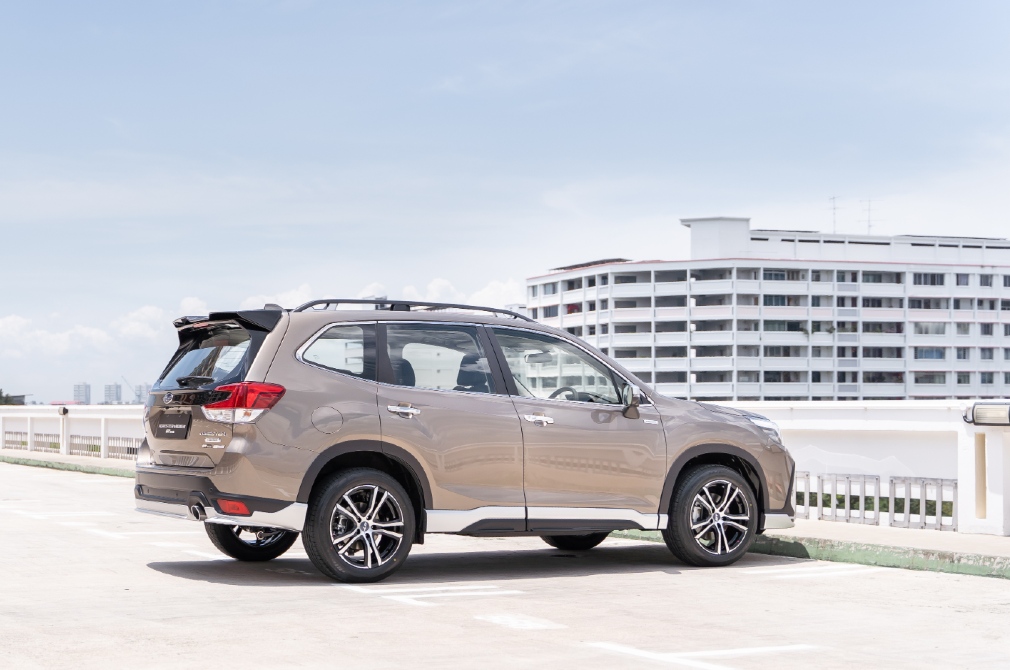 WHO IS THE SUBARU FORESTER e-BOXER FOR?

Eco-conscious family men and women who want a “greener” SUV can consider the Forester e-BOXER.

With a disciplined driver behind the wheel and good traffic conditions, the Forester e-BOXER has better chances of achieving its fuel-saving potential.

But you have to be very committed to opt for – and get the most out of – this SUV. Or at least more disciplined than I am. If it were me, I’d take a regular Forester and call it a day.