Hatchbacks may not be as popular as crossovers or SUVs, but many drivers still swear by their versatility and manoeuvrability.

If you belong to this group and are shopping for a brand-new compact hatchback that costs around $125,000, chances are you’re looking at the Mazda 3 Astina variant and Seat Leon.

Not many, however, would immediately recall the other contender in this segment: the Subaru Impreza.

Perhaps this has to do with the car’s design. Styling may not clinch a deal, but at the very least, it can pique someone’s curiosity. That’s the equivalent of getting a foot in the door.

On design alone, the Mazda 3 will give people plenty to talk about. Anecdotally, most drivers find this hatchback to be very attractive – both inside and out.

And for the extroverts, there’s the Seat Leon, whose snazzy looks make it stand out in any carpark. It also makes the handsome Golf seem bland.

The Impreza, on the other hand, flies below the radar. If someone were to mention it, the suggestion might be met with a “Hmm”. Or a pause, followed by an “Oh yeah”. 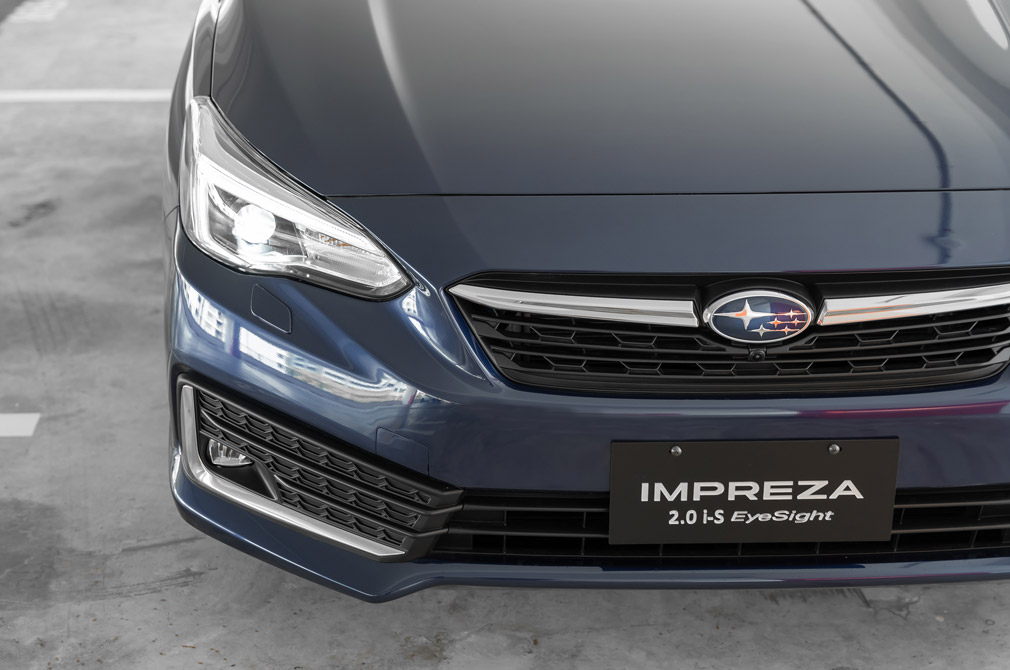 The Impreza may not occur to most buyers, but I doubt that it has to do with the car’s styling, which is neat and inoffensive.

Inside, the interior remains unchanged, save for the new stitching on the 6.3-inch multifunction display atop the dashboard. It would have been nice if this display had been enlarged, so that the info doesn’t look “squeezed” and is easier to read. 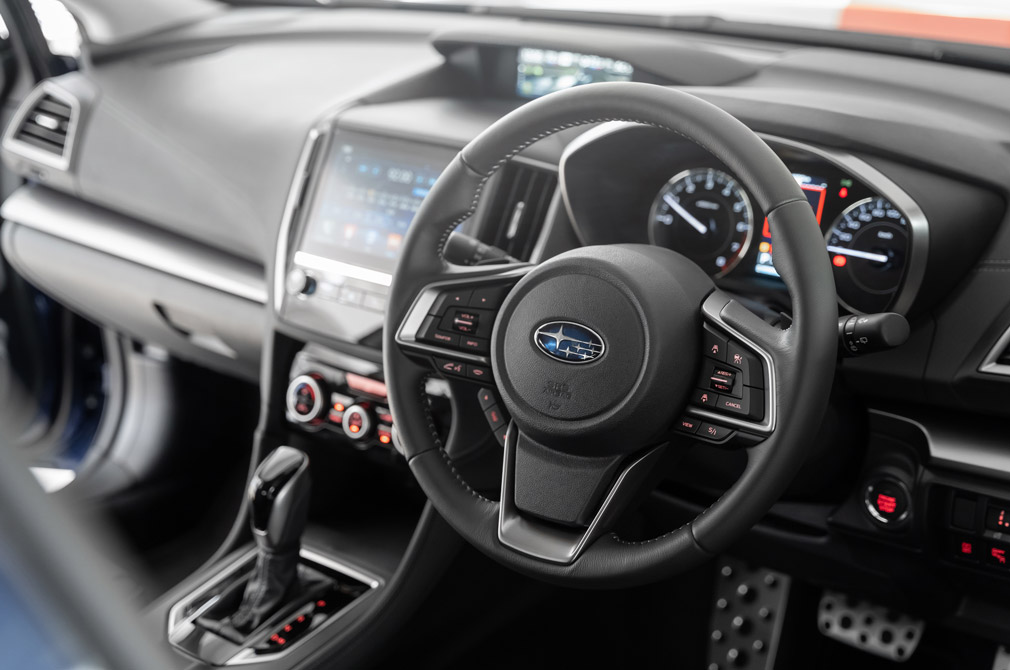 The rest of the cockpit retains its sensible layout, with intuitive controls and an infotainment menu that’s relatively easy to get the hang of.

What the Impreza seems to lack is pizzazz. Sensible layouts are great when it comes to long-term ownership, but you need some flair to elicit a few wows to begin with.

That’s where the Impreza’s drivetrain comes in. The 2-litre flat-4 is inherently smooth and vibration free, which is something most drivers will notice upon starting the engine.

The smooth-revving characteristic is key to getting the most out of this hatchback – being naturally aspirated, you’ll need lots of revs to make good progress. 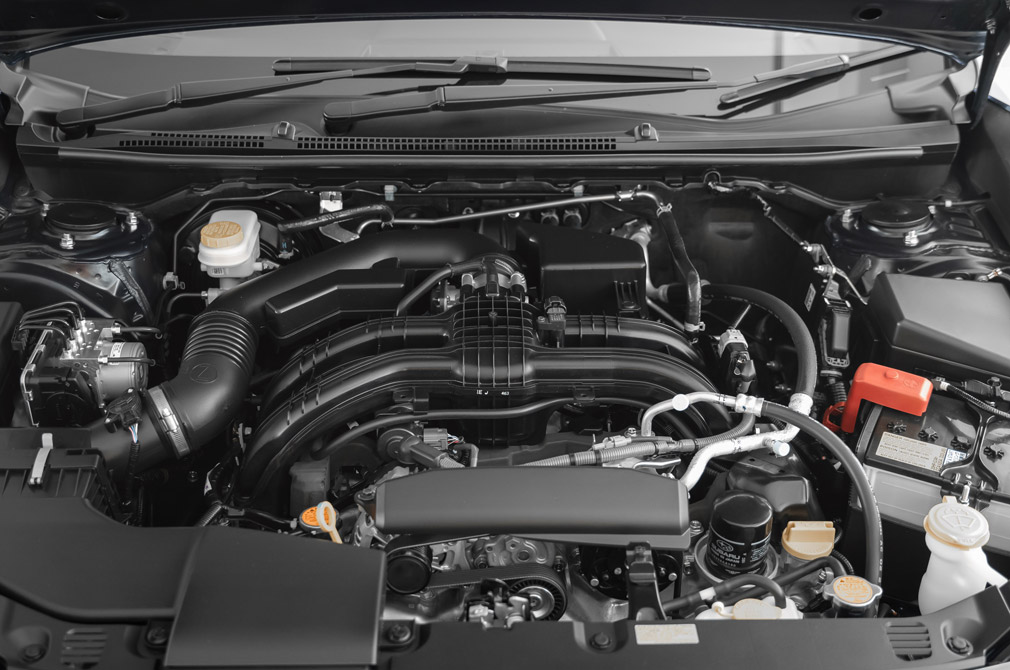 The motor doesn’t make a din, which is a plus. But the CVT could be better. If I had my way, the gearbox would be a 6-speed automatic, which would enable keener drivers to better exploit the powerband.

Getting the Impreza hatch from zero to 100km/h takes nearly 10 seconds (9.8 seconds, to be exact), which is par for the segment. The CVT has seven programmed shift points, if you’re so inclined, but remember, these won’t make the car quicker.

What the engineers got right is the ride-handling balance. Though not as agile as the Mazda 3 hatchback, the Impreza still turns well and its steering provides a bit of feedback. 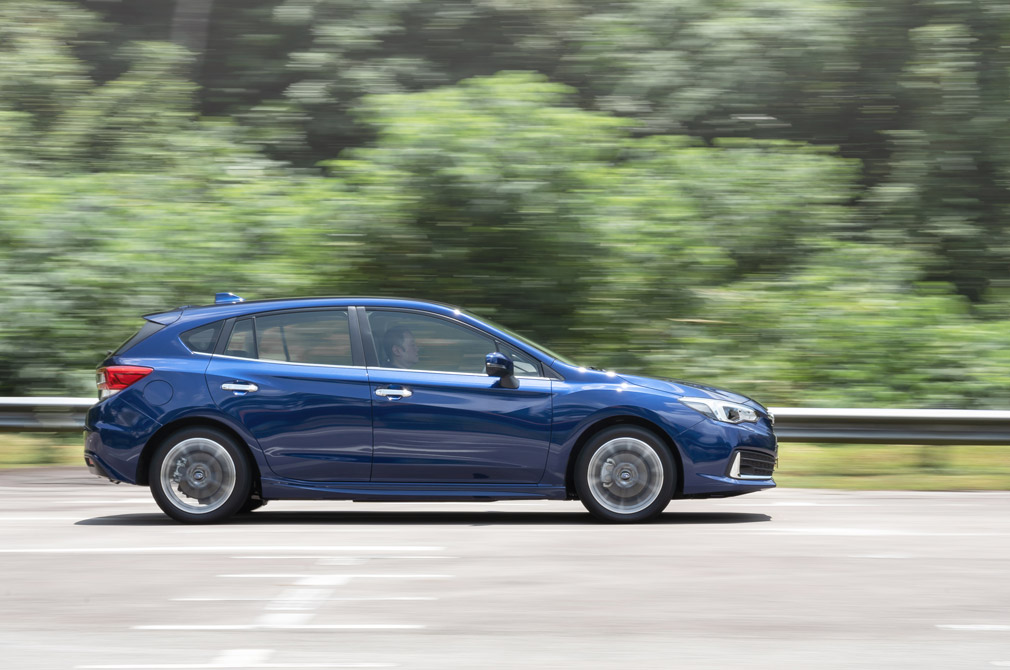 Like its sedan sibling, the hatchback deals well with rough tarmac, with the dampers controlling the rebound to minimise bounciness. And like other Subarus, the Impreza hatch has all-wheel-drive for improved traction.

If the Impreza hatchback handles pleasantly, has plenty of safety features and a neat design, why aren’t there more of them on the road?

The answer probably lies in mindshare or consumer awareness. When it comes to hatchbacks, most drivers don’t think about the Impreza, even if it deserves to be considered by those shopping in this segment.

Whether it’s an improved powertrain or more attractive design, there are many ways of solving this. And Subaru should start now, so that the Impreza does not remain a blip on drivers’ radars. 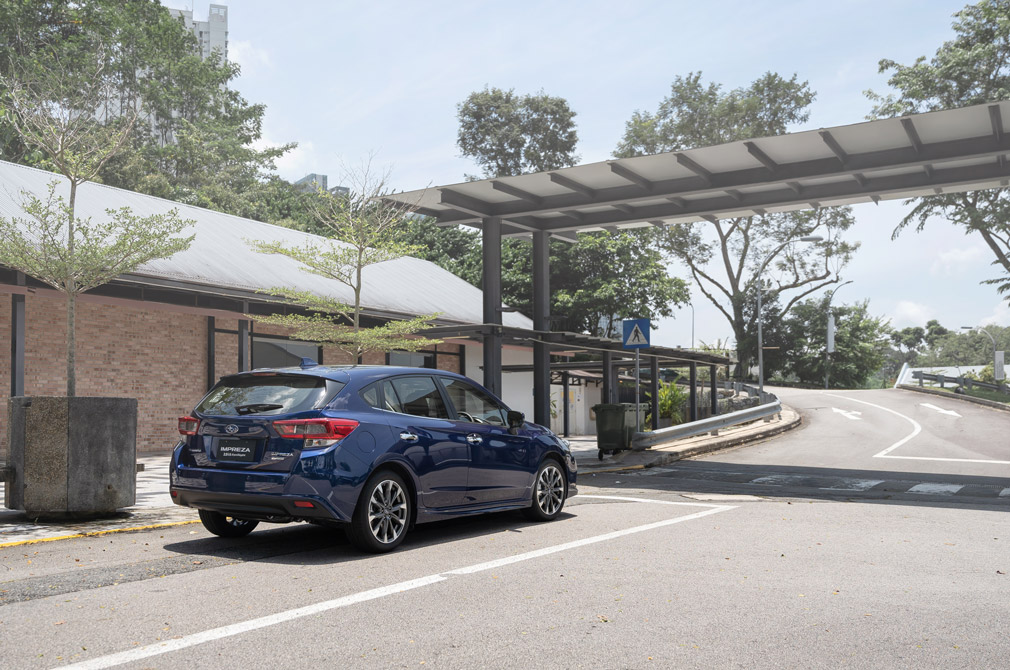