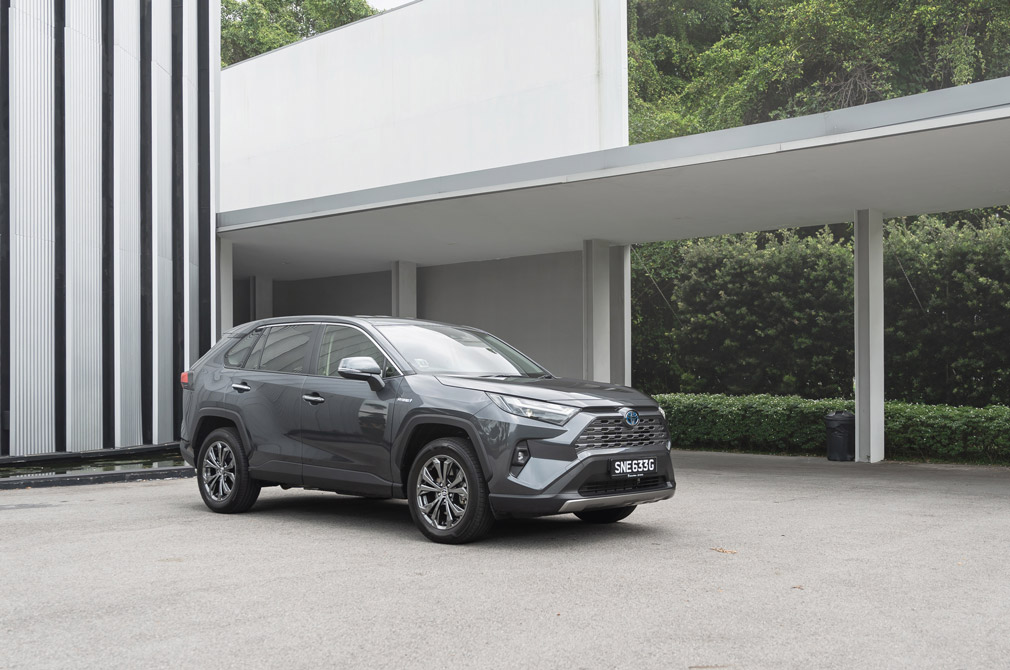 If environmentalists are to be obeyed, then we should all refrain from driving to work. In fact, we should do everything we can to not burn fossil fuels. Hence, we should either walk, run, cycle or take public transport.

Blamed for being fuel-guzzling, CO2-emitting machines that also occupy more road space than necessary, SUVs have borne the ire of many an eco-warrior and driving enthusiast.

Every major brand has several SUVs in their line-up. Lotus, hallowed for its track day machines, has joined the fray with its Eletre. Even Ferrari is following suit with its Purosangue (ironically, the name means “pure blood”).

So, what do you do if you still want an SUV, but are concerned about being ostracised by your eco-conscious friends and relatives? Well, Toyota may have the answer to this conundrum in the RAV4 Hybrid. 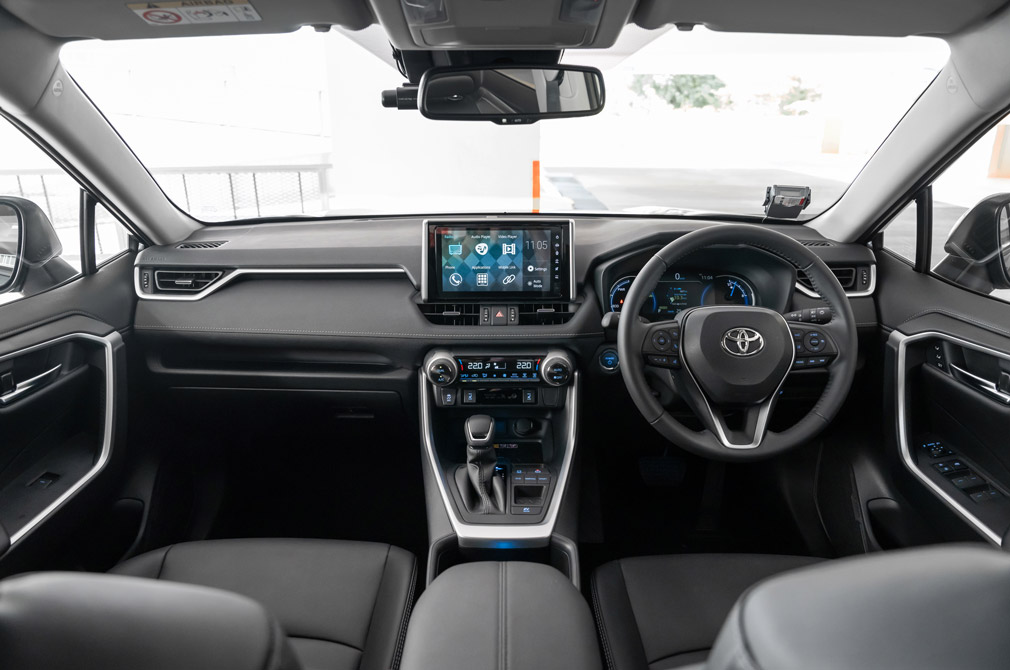 Most people who buy an SUV say they like its “outdoorsy” looks and character. Well, that’s what the RAV4 Hybrid offers.

There’s nothing soft or “earth-friendly” about its styling, from its square-jawed front end, chunky wheel arches and angular rear. This is precisely the type of design that draws most buyers to these cars.

The “rugged” feel continues inside. You feel the rubber inserts as you tug on the door handle to pull the door shut, making you wonder if it’s there for added grip – in case you finished your hike in the rain and your hands are wet.

The air-con dials have rubber trims as well. But don’t worry, no matter how you turn them, the climate is going to be Toyota-icy. That’s probably why the RAV4 Hybrid has heated front seats instead of ventilated ones. 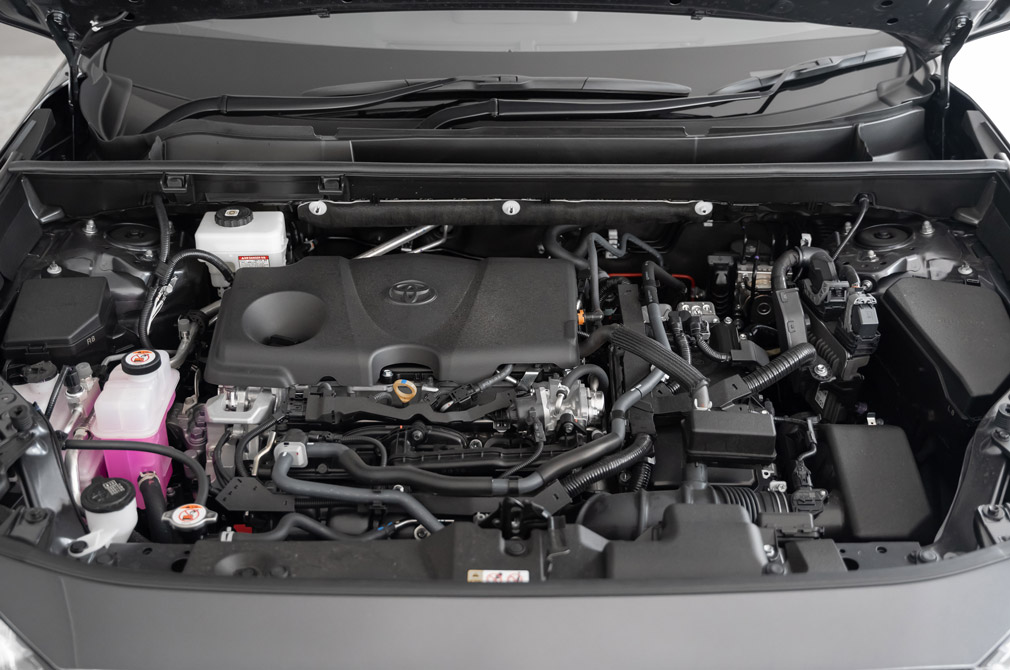 The cockpit may not look attractive, but it does feel hardy and the controls have a functional layout, so getting the hang of them is easy.

Toyota needs to improve two areas, though. First, the RAV4 Hybrid needs larger door bins. SUVs are targeted at those with active lifestyles, but your 1.5-litre bottle of water can’t fit in them. The centre cupholders can take them, but only if they’re squeezable.

The second issue is infotainment. I know the interior isn’t the prettiest, but the display and bezel are unappealing. Plus, you need a cable to utilise Apple CarPlay, which makes for an unsightly set-up.

Things are better in the backseat, though. There’s generous legroom, headroom and foot space, plus a pair of air vents to help circulate cool air. There are no USB points here, but at least there’s a 12-volt socket. 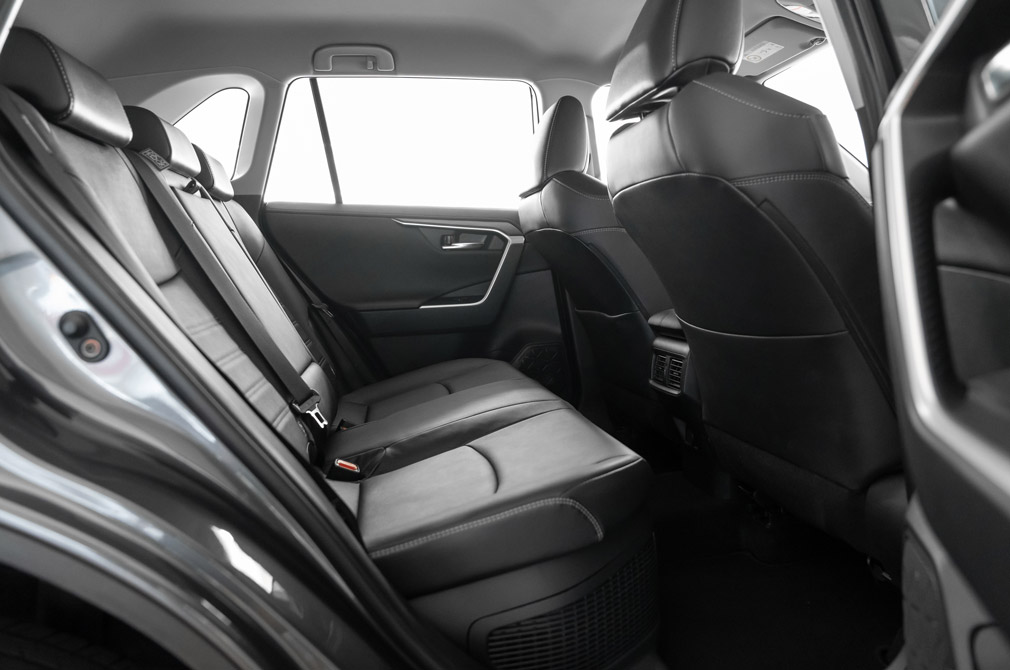 The RAV4 Hybrid’s claim to fame is its drivetrain, which sounds pretty thirsty at first.

With the engine and electric motor delivering their maximum outputs at different speeds, total system output is a healthy 215hp, which propels the SUV from rest to 100km/h in a relatively quick 8.1 seconds.

Now here’s where your eyes go wide: The combined fuel economy, as claimed by Toyota, is 21.7km/L. 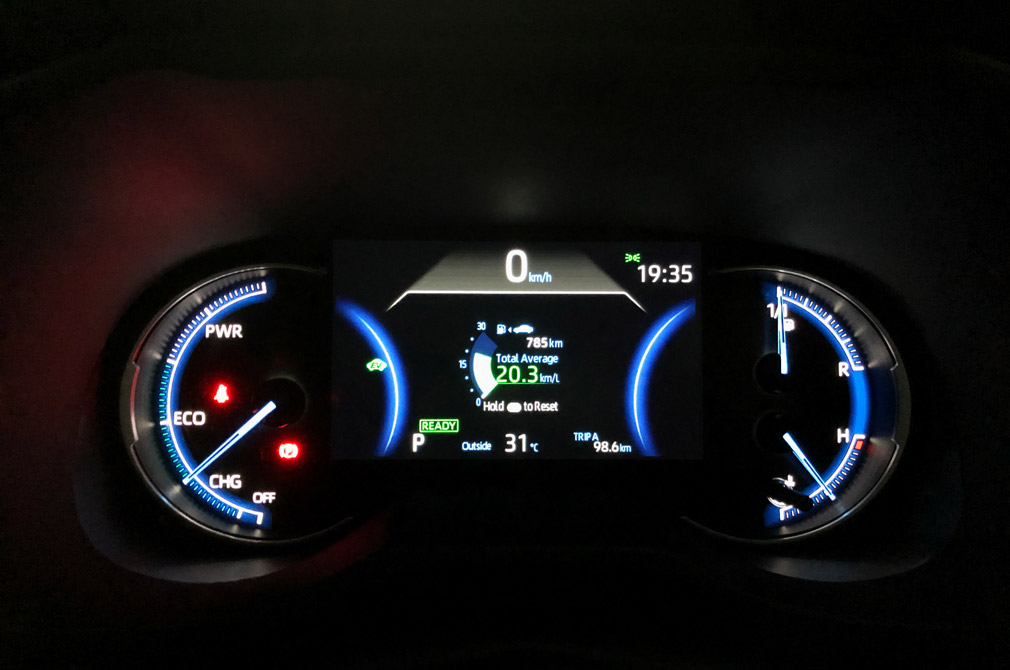 You’re probably thinking, “Nobody can manage that in the real world.” For most other hybrids, you’d be right. But it’s possible here.

I managed up to 20.3km/L under normal driving conditions – about 60 percent city and 40 percent expressway – without hypermiling. When I was stuck in traffic, the figure ranged from mid-18s to mid-19s.

This is very close to Toyota’s claimed figure, so it wouldn’t be a surprise to find owners who exceed it on a regular basis. Apart from delivering efficiency, the RAV4 Hybrid essentially offers the other proposition consumers love: Having your cake and eating it, too.

The petrol-electric drivetrain enables you to have an SUV without the usual high fuel consumption. Of course, you’ll still have to live with larger blind spots and less manoeuvrability in certain carparks.

Is the RAV4 Hybrid an eco-warrior? In a sense, yes. But its most useful ability might be to spare its owner the ire of eco-conscious friends and driving enthusiasts. 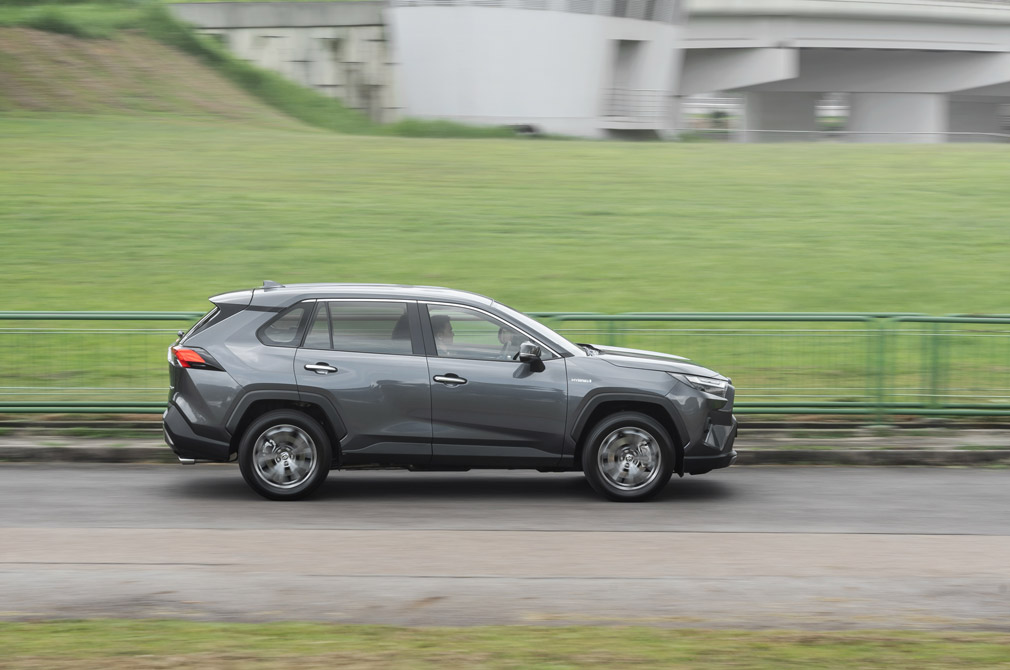