The new-generation Toyota Supra performs like a true sports car in prototype form, but it remains to be seen whether the production version looks truly sporty.

It’s an open secret that the new Toyota Supra shares its platform and powertrain with the latest BMW Z4. But the Japanese newcomer is a coupe, whereas the German number is a soft-top convertible.

The Supra, codenamed A90, is still a camouflaged prototype at this stage, about four months away from its official debut, while the BMW Z4 has already been revealed.

According to Masayuki Kai, assistant chief engineer of the new Supra, its exterior only shares six items with the Z4 – windscreen wipers, door mirrors and door handles.

Despite the striking camouflage applied to the bodywork of the prototype, I could discern the car’s shape. It appears to have coupe-curves in the right places, including a “double-bubble” on the roof and a protruding “duck-tail” behind the trailing edge of the rear windscreen. The slinky tail-lights and “ice cube” headlights look nice, and the twin exhaust tailpipes are of an appropriate size for a high-performance car.

Those pipes produce a delectable burble when I drive off in the Supra, straight into downtown Madrid’s Monday-morning rush hour.

The engine is just a little louder than the exhaust note at these low speeds of 20-40km/h, limited by the heavy traffic.

Visibility from behind the wheel is superb for such a low-slung coupe. The car is also easy to position on the road and to manoevure amid other vehicles.

Much of the Supra prototype’s interior has been shrouded for this media test drive. Only the driving-related controls and instruments are exposed. The gearlever and its surrounding switches look like BMW parts, as do the electrical adjusters for the driver’s seat. The seat itself supports the torso and shoulders better than the thighs, but offers good overall comfort during cruising.

The Supra’s instrument cluster integrates a digital display with physical rev-counter numerals. I’ve never seen a similar cluster design in any other cockpit before. And I’ve never heard as much road noise inside a Toyota before. Not even in the boisterous 86. The Supra prototype is shod with 255/35 R19 front and 275/35 R19 rear Michelin Pilot Super Sport tyres. These are upsized from the standard 18-inch set.

Once the engine is racing, and adding its racy sound to the proceedings, intense mechanical music overpowers the road noise.

With the 8-speed automatic transmission left to its own devices in D mode, the upshifts into higher gears are slick but not particularly quick. The powertrain picks up the tempo, dramatically, when the Sport mode is activated and the transmission lever flicked to its left-side DIY gate. The downshifting becomes aggressive, and every full-throttle upshift bangs the gear in and plants a big smile on my face, fast.

My smiles get bigger when I play with the plasticky paddles and realise that the gearbox lets each gear cling to the 7000rpm rev limit (the redline is marked 500rpm below that). The engine screams enthusiastically like a race-track refugee until I tap the “plus” paddle and do it all over again, just for fun.

Rushing the Supra to 100kmh from a rolling start of about 10km/h feels super, and pushing on from 100km/h to 200km/h feels equally super.

In any case, the awesome acceleration of the Supra doesn’t make me think that I’m a Singaporean sportsman in a Japanese sports car. It’s actually the Supra’s deceleration that does the trick.

The brakes perform fantastically, and the brake pedal modulates the braking power perfectly – whether I’m slowing the car down to a smooth stop in the city or scrubbing off speed in urgent chunks on a circuit.

Toyota hasn’t provided technical data of the Supra, but the engine is probably a BMW-supplied, turbocharged 3-litre inline six-cylinder that produces more than 300hp and well over 400Nm. The car is said to weigh around 1500kg.

There is still development work to be done on the Supra. Its assistant chief engineer Masayuki Kai told me: “Prototype’s hardware is quite close to production at 95 percent, software is less than 90 percent finalised.”

Even though it’s incomplete, the new Supra already goes like a true sports car. Hopefully, it looks like one when unmasked at last. 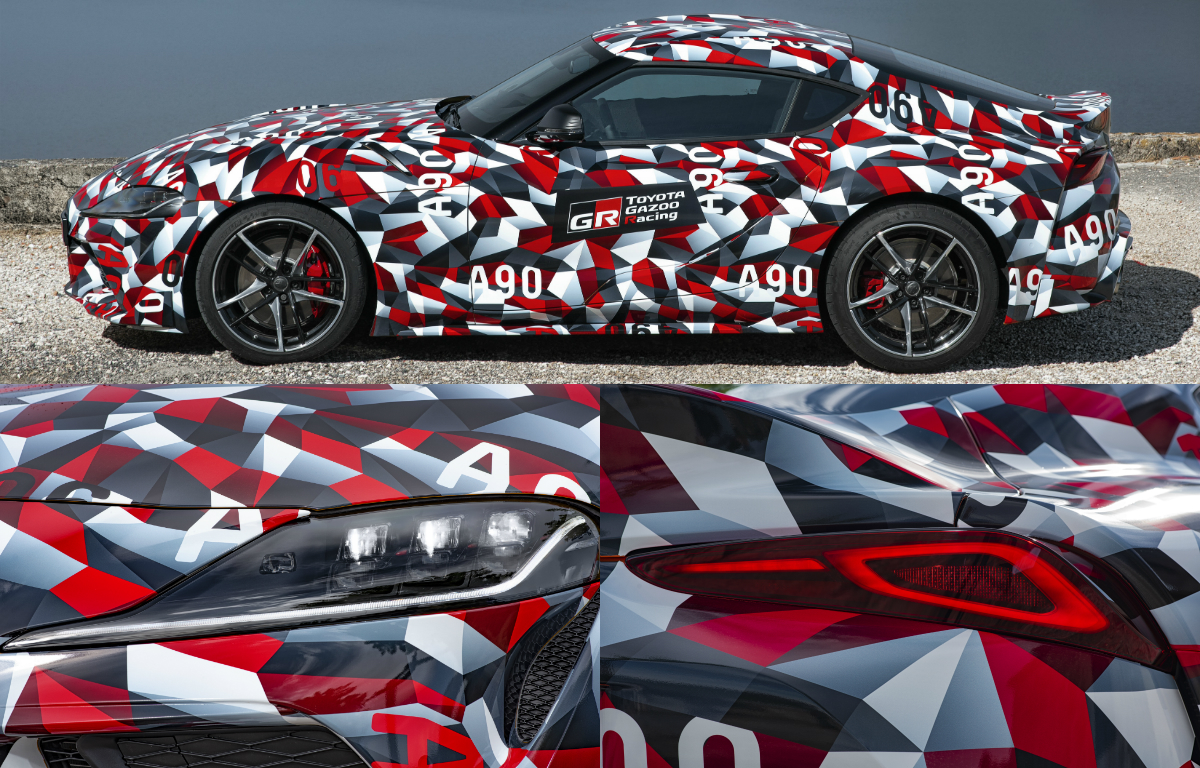 The new-generation Toyota Supra performs like a true sports car in prototype form, but it remains to be seen whether the production version looks truly sporty.