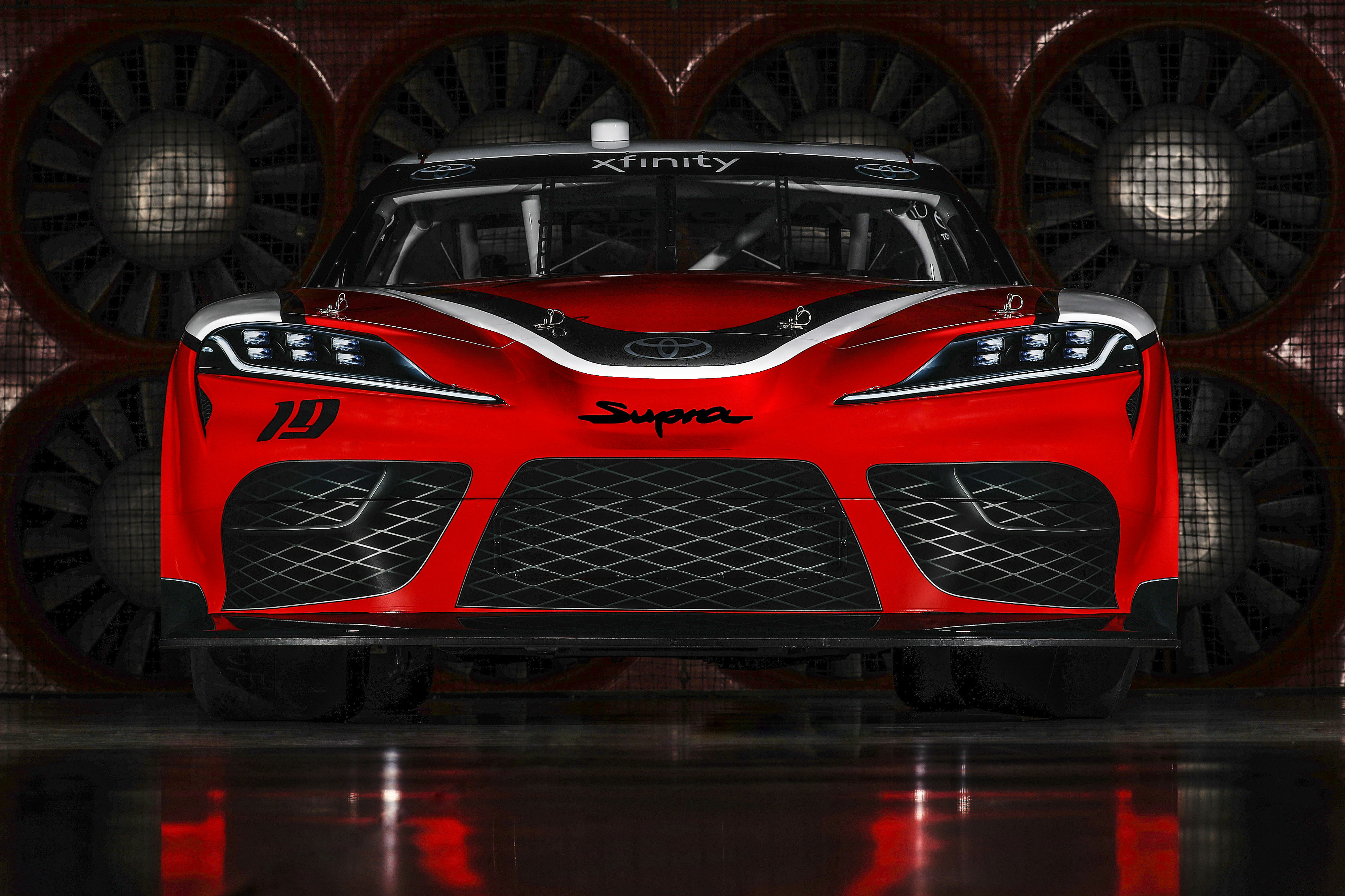 On February 16 next year, Toyota’s reborn sports car will make its on-track debut at Daytona in the hotly contested NASCAR Xfinity Series.

Toyota Supra is back at the track! Beginning in 2019, the globally recognised iconic sports car will prove its championship mettle in the hotly contested NASCAR Xfinity Series (NXS). Supra will make its on-track debut in the NXS race at Daytona on February 16, 2019.

To build the Supra for NASCAR, TRD and Calty scaled Supra to fit within NASCAR’s specifications for race vehicle entries in the NXS.

The 2019 season marks the first year Toyota will field a different model in all three of NASCAR’s national series – Camry at the Monster Energy NASCAR Cup Series (MENCS) level, Supra in the NXS, and Tundra in the NASCAR Camping World Truck Series (NCWTS).

Supra previously raced in both America and Japan, where it was a dominant force in Super GT competition and a contender in the IMSA Camel GT Series in the 1980s. It also made two appearances in the 24 Hours of Le Mans in France in the 1990s.

Calty has worked hand-in-hand with TRD, Toyota’s North American race engineering arm, to ensure consistency between production models and on-track Toyota racecars, while also improving on-track performance with each new build. The groups began work on the NASCAR Supra in 2017.

“When you talk Toyota and cool cars, Supra is the first thing that comes to mind for many auto enthusiasts,” said Ed Laukes, group vice president of Toyota Division Marketing. “Supra’s return in production form is huge news, but now we’re also going to see this iconic sports car return to American motorsport. From a marketing perspective, it’s important to have a racecar that evokes the dynamism and character of its showroom counterpart. We’re confident we’ve accomplished that with Supra, and we hope racing fans the world over will proudly cheer its success on track.” On February 16 next year, Toyota’s reborn sports car will make its on-track debut at Daytona in the hotly contested NASCAR Xfinity Series.