Updated Audi A4 gets an "A" for execution | Torque
Loading posts...
0 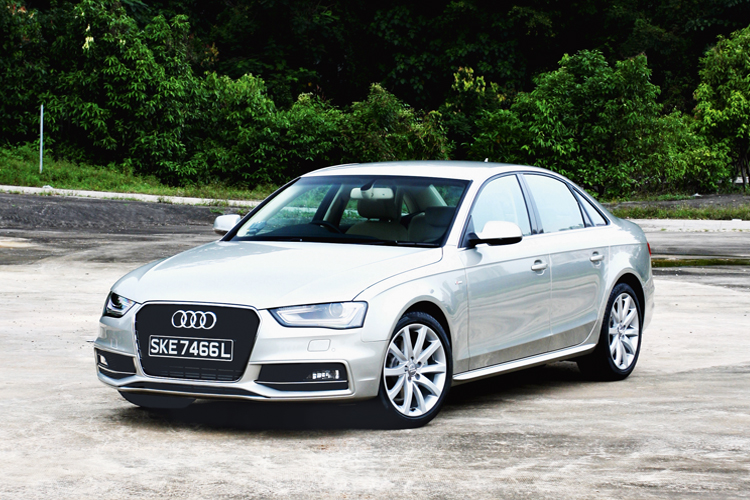 The updated Audi A4 saloon looks more dynamic than its predecessor.

Well-heeled execs looking for a new junior executive saloon are spoilt for choice, for the “big three” German luxury marques (Audi, BMW and Mercedes-Benz) each have a new or updated model to offer.

Mercedes brought the facelifted C-Class to Singapore last year, while BMW debuted its all-new 3 Series three months ago. Hot on the heels of its Munich-based rival is the refreshed Audi A4, which promises improved performance, greater efficiency and a plusher cabin.

Compared to the pre-facelift model, the new A4 – seen here in its “Ambition” spec level – has been made to look more dynamic, with more angular bumpers and the presence of those trapezoidal headlamps (also found on its larger A6 sibling). The single-bar LED daytime running lamps are also better integrated with the headlight units compared to the previous model. 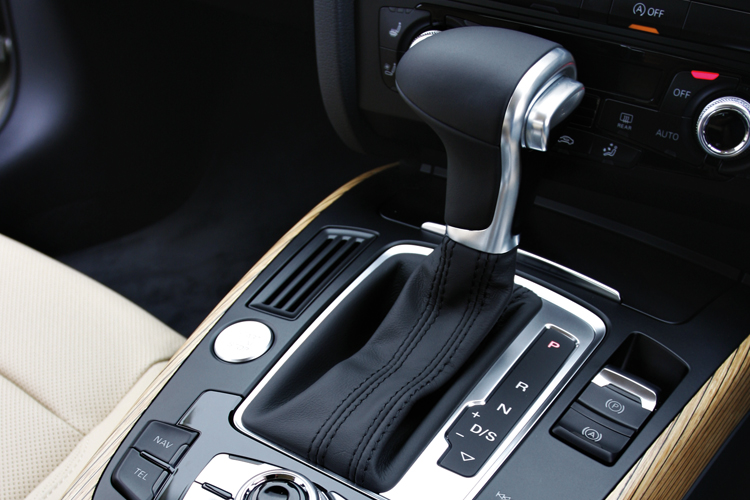 The updated Audi A4 has a continuously variable transmission that’s so smooth, most drivers will think it’s a torque-converter automatic.

More tangible than these cosmetic changes, however, are the improvements to the A4’s interior. For increased classiness, Audi has added bits of chrome to the switchgear and given the dashboard’s centre panel a gloss black finish. (Although the latter looks cool, it actually serves as a fingerprint magnet.) What’s really nifty are the air-conditioned front seats (a $5589 option), which will work wonders in helping to keep backs sweat-free.

Also sure to attract the driver’s attention is the more ergonomic MMI (Multi Media Interface) infotainment system, which now has only four buttons for better user-friendliness (it used to have eight). But it’s still not as intuitive as BMW’s iDrive, which lets users navigate most of the on-screen menus without needing to press any of the other buttons.

Showing a definite increase in performance is the A4’s powertrain, which stars a new 1.8-litre engine that’s seven kilograms lighter than the older motor. Coupled with Audi’s valve-lift and standard stop/start systems, it packs an extra 10bhp and a 70Nm while travelling 3.7 kilometres further per litre of unleaded. 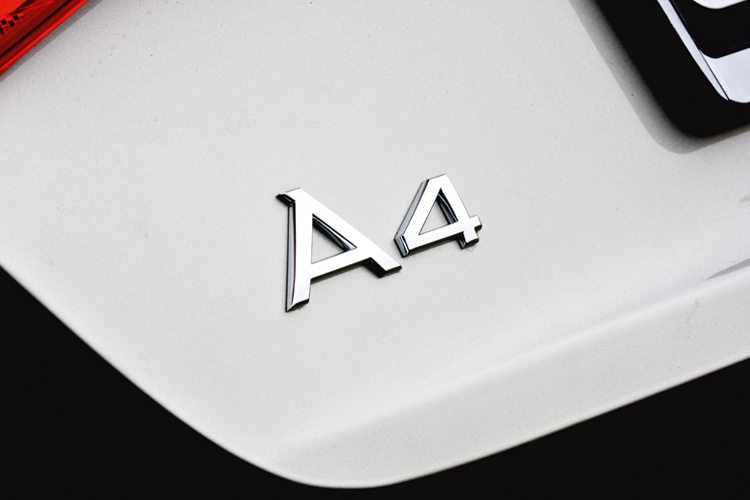 This extra muscle makes the A4 more adept at performing overtaking manoeuvres, despite its languid throttle response. The continuously variable transmission (CVT) even masquerades as a regular automatic – it doesn’t have the usual rubbery feel or buzzing soundtrack commonly found in most CVTs. In “S” mode, this gearbox happily piles on the revs, allowing you to fully utilise the motor’s fat torque band.

So, while the A4 isn’t the newest kid on the junior exec block, Audi’s upgrades have nevertheless managed to give it the extra oomph it needs to compete with its rivals – at least until its successor arrives.

Audi’s facelifted junior executive saloon promises to give its Teutonic rivals a run for their money. 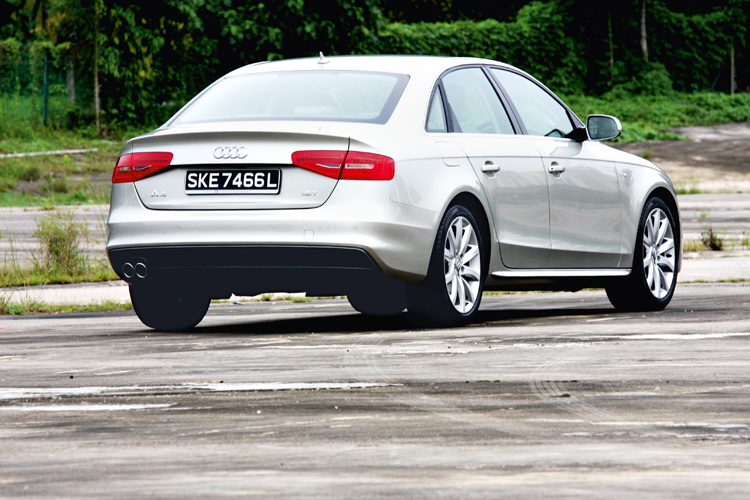 The updated Audi A4 viewed from the rear.