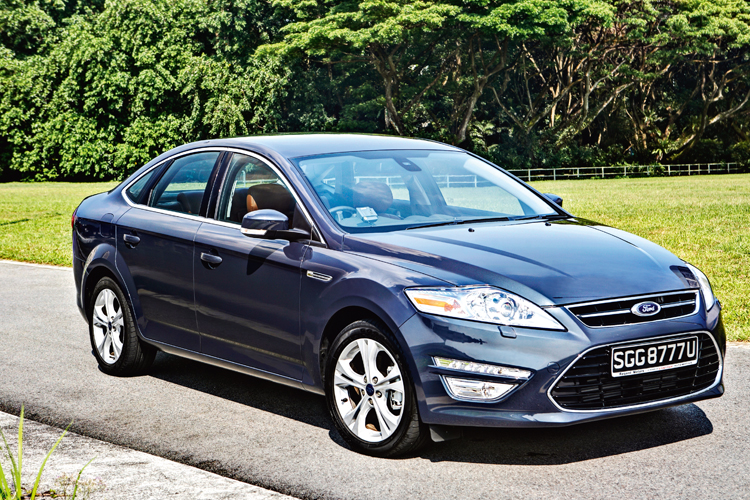 The 2012 Ford Mondeo might look tame, but its turbocharged engine packs a wallop.

This model year 2012, 240bhp edition of the Mondeo is the quintessential Q-car (sleeper performance saloon). Only a little “EcoBoost 240” plaque on the boot lid hints at the car’s capability – not that anyone, even existing Mondeo owners, will notice that tiny clue. A tasteful bodykit, a smart rear spoiler or a set of shiny 18-inch alloy wheels would have been stronger hints, but the Mondeo has none of these – it prefers to let its 2-litre turbo engine do the “torqueing”.

Indeed, with a punchy 340Nm and 240bhp on tap, this Ford makes good “conversation” on the go. The smooth thrust, fed through an equally smooth 6-speed dual-clutch gearbox (with cheesy “Power Shift” printed big on its knob), builds up strongly from 3000rpm and continues to swell in the mid-range, reaching its peak 3000rpm later. Acceleration is quick, yet all is pretty peaceful in the cockpit, with only the overtaken traffic providing some context. Front wheelspin occurs easily, by the way, keeping the traction control on its toes. 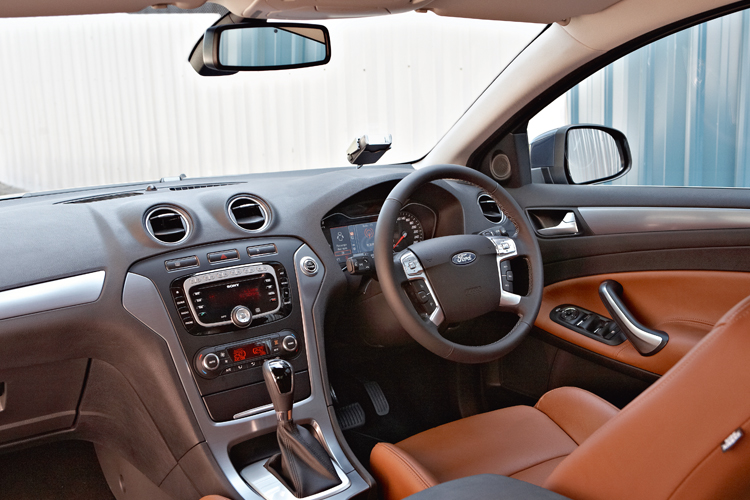 This car handles nicely, too. Its suspension is surefooted and its steering is accurate, albeit rather light for a while upon entering a fast corner. Firmish damping means the bigger road bumps are felt, but it’s a fair trade-off for the sense of stability and control.

The cabin is unchanged, but it was fine in the first place. Space is generous, especially in the 535-litre trunk with that long overhang. The brown leather seats (electrically adjusted in the front) are comfortable, the rearward air-con vents in the B-pillars are neat, and there are enough on-board amenities for the busy executive. 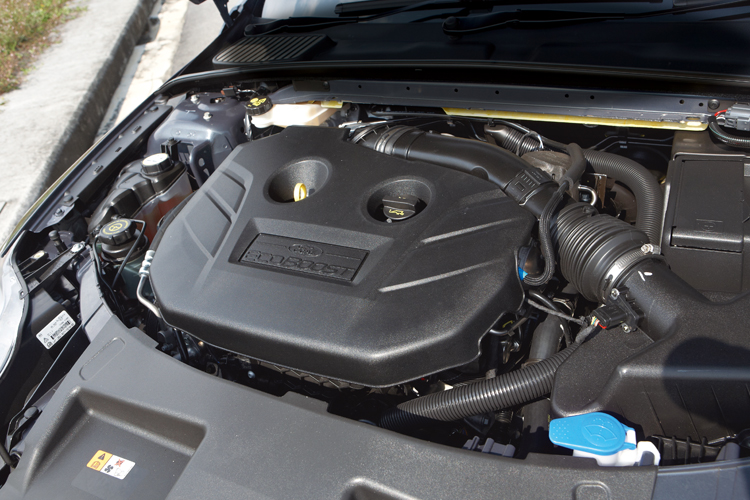 Overall interior quality is good, but this is a mass-market machine, so it has a mix of soft-touch and harder, cheaper plastics along with exposed plain metal hinges for the centre box and front seat belt buckles. 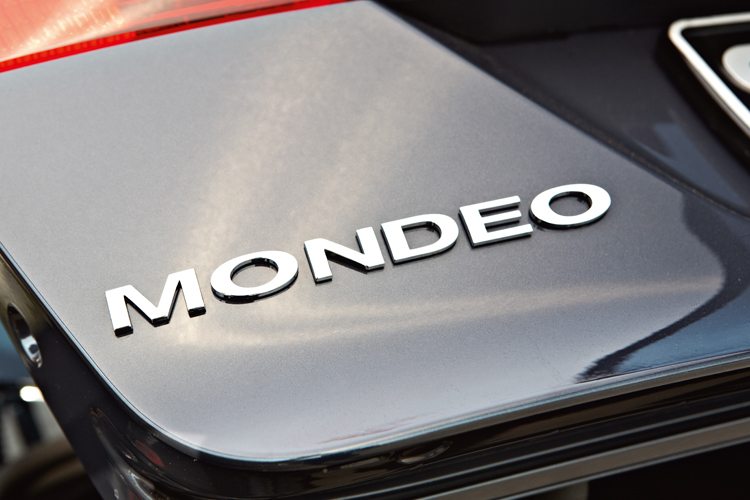 With the Mondeo rodeo and its 240 broncos in town, corporate cowboys considering the Volkswagen Passat 1.8 and Opel Insignia 2.0 will undoubtedly be driven to distraction.

Check out the 2018 Ford Mondeo at their UK website