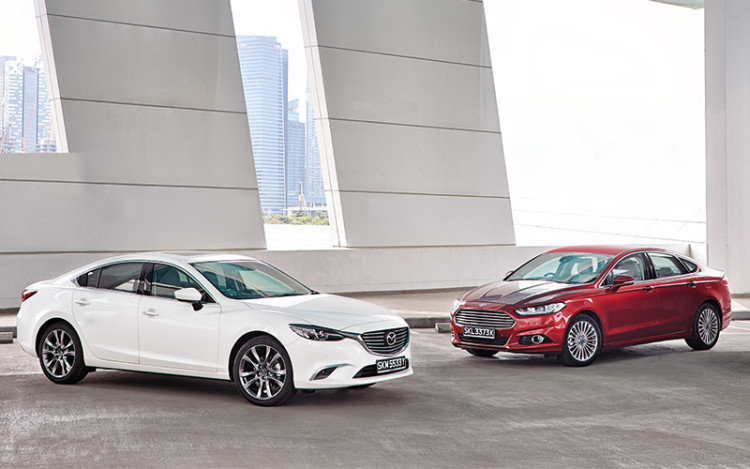 A mid-size saloon is an unlikely candidate for a buyer who wants a car with good handling characteristics. This is because most of such saloons are designed to deliver roominess and comfort, not sportiness and agility.

The two models we’ve gathered here, however, have not only broken out of that mould, they have also set a performance benchmark in their segment.

Mazda is probably the only Japanese carmaker these days that regularly produces models engineered to please keen drivers. No other manufacturer from Japan today places this much emphasis on driving pleasure.

Ford, too, makes cars with shiok handling. Even the brand’s entry-level Fiesta supermini has been praised for its nimbleness.

Although the 6 is older than the Mondeo, which was launched this year, a recent update has given the Mazda new amenities and abilities. 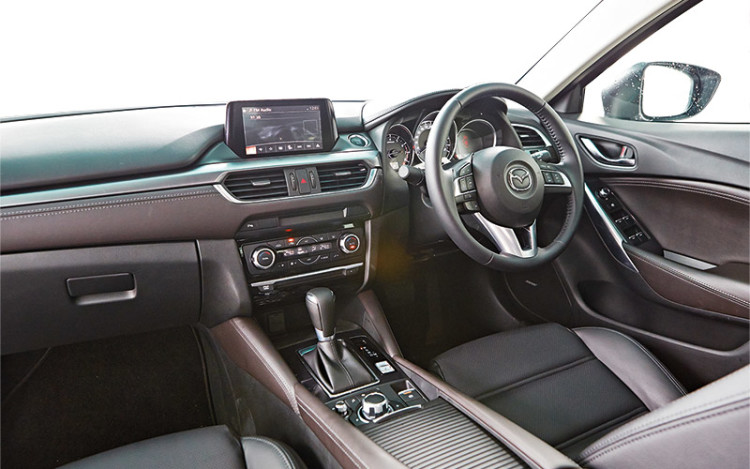 For added convenience, the car now has an electronic parking brake, powered rear sunshade and Mazda’s latest MZD Connect infotainment system, which is more intuitive and has nicer graphics than the previous unit.

Enthusiasts will be more interested in the new Sport setting, which heightens the drivetrain’s response to the driver’s inputs.

The Mondeo has even more impressive equipment, for many of its standard features are usually only found in more expensive luxury models. 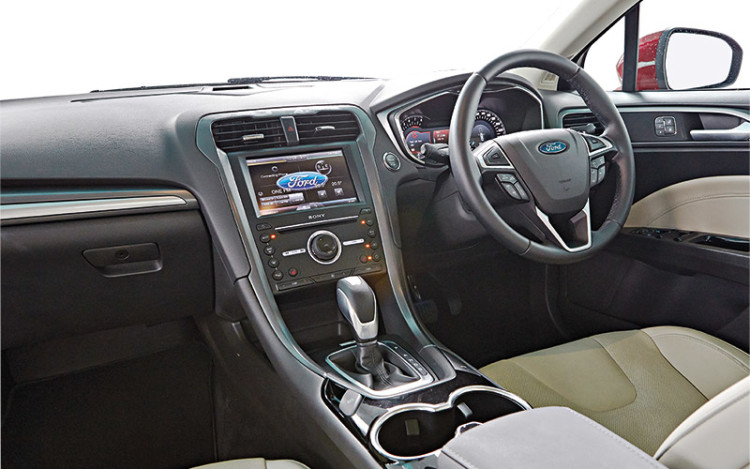 Apart from LED headlights, the car is also equipped with adaptive cruise control, a lane-keeping function and a collision mitigation system. The last feature primes the brakes when an obstruction is detected, thus helping shorten stopping distances.

In terms of backseat space, it’s the Mondeo that’s better suited to taller occupants, as it offers more headroom. The Ford’s floorboard protrusion is also lower than in the Mazda, so three adults can sit together more comfortably.

But the Mondeo’s rear air-con vents lack the airflow control dial that’s present in the 6.

When it comes to performance figures, both cars are more or less evenly matched. The 2.5-litre 6 does the century sprint in 8.2 seconds, while its 2-litre competitor does it in 7.9 seconds. 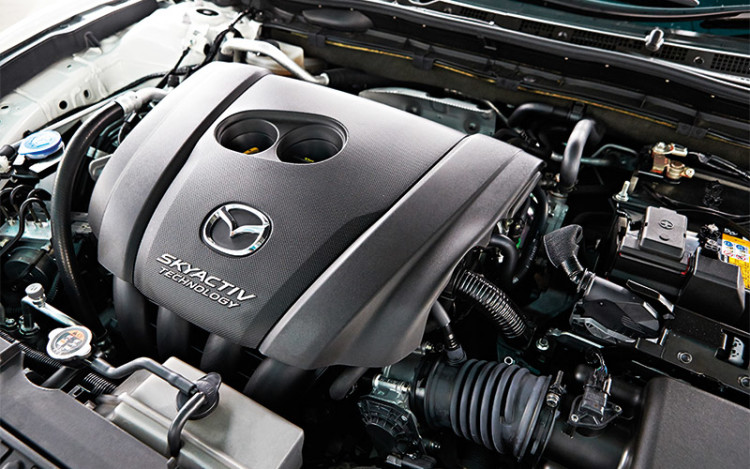 But if I look beyond the zero-to-100km/h times, I’ll wonder why the Mondeo isn’t at least half a second (if not a full second) quicker than the 6 from a standstill to 100km/h.

The Ford is powered by a turbocharged 2-litre capable of 240bhp and 345Nm, whereas the Mazda has a naturally aspirated 2.5-litre with 192bhp and 256Nm. The Ford’s outputs are a significant 48bhp and 89Nm greater than those of the Mazda.

What’s literally weighing the Mondeo down is its kerb weight of 1695kg, which is a hefty 182kg more than its Japanese rival’s.

Helping the 6 match its competitor’s performance figures is its great responsiveness. Plant my foot firmly on the throttle and the 6-speed automatic will eagerly drop a cog or two, snapping the tachometer needle to the right. The acceleration is grin-inducing. 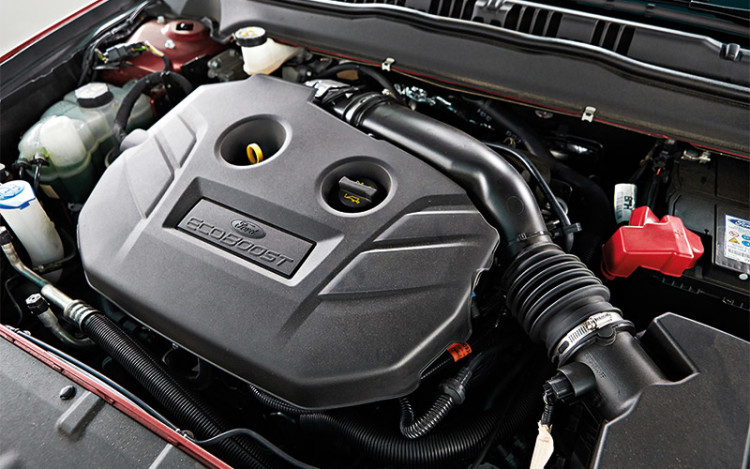 Also likely to make the driver’s smile grow wider is the 6’s handling – it feels like a much smaller vehicle when hustled through bends.

But this saloon is more than just nimble – it eagerly responds when I brake, turn and punch through as I exit a corner. In the 6, I feel like I am one with the vehicle.

The Mondeo is certainly no slouch, but it prefers a driver who is more relaxed, as opposed to aggressive. The car’s healthy midrange makes it a more effortless cruiser than the 6, as overtaking is a breeze. In contrast, pulling past slower cars in the Mazda takes a bit of patience and higher revs. 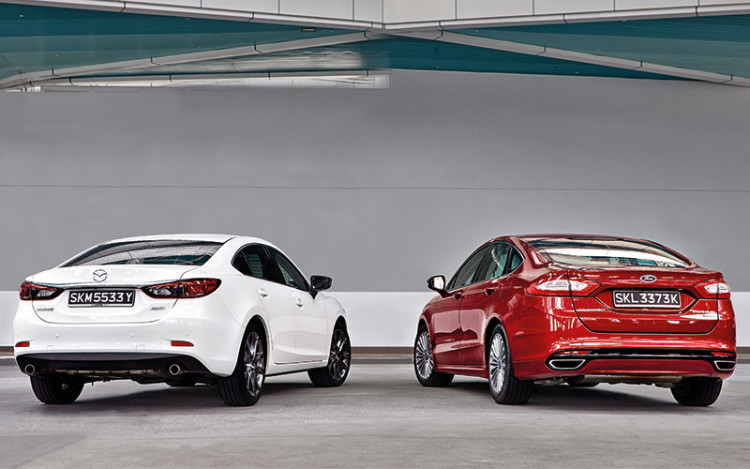 Because the Ford is heavier, its cornering abilities are somewhat blunted. Despite the preciseness of its helm, the turn-in doesn’t feel as crisp as in the 6. The Mondeo’s ride quality, however, is cushier, making it the more ideal option for road trips up north.

These mid-size saloons from Mazda and Ford are dynamic in different ways – the 6 is the younger, more exuberant athlete, while the Mondeo is the mature, more rounded competitor.