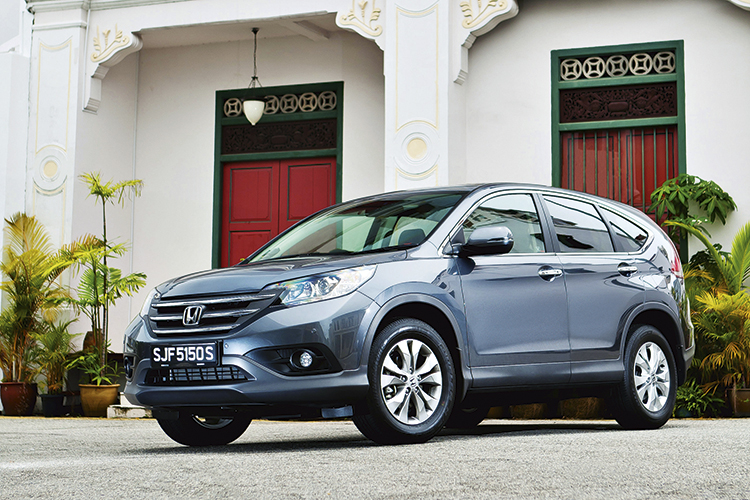 Buyers of the old Honda CR-V probably didn’t choose it for its looks. It has a face only a mother could love, with a bizarre gaping-mouthed visage and a bumper that doesn’t line up with the grille or headlamps. The new model is much prettier up front, although the visual awkwardness has now moved to the rear, where the side window line, C-pillar and tail-lamps fail to agree with one other, resulting in a top-heavy look.

The fourth-generation CR-V is essentially a rebodied evolution of its predecessor. Tellingly, the wheelbase, front and rear tracks and width remain unchanged. Even the turning circle is identical. The new car is very slightly shorter than before (by 25mm) and 40 to 50kg lighter. 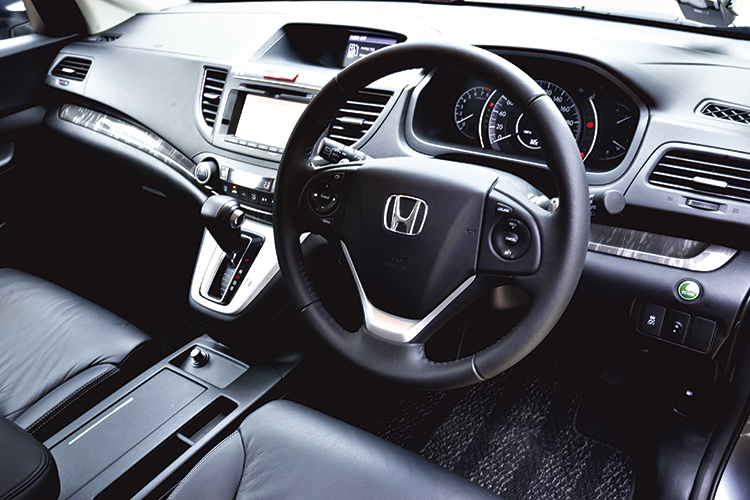 Honda CR-V’s dashboard has useful gizmos for the driver and convenient connections for the passengers’ gadgets.

Engine choices remain the same, too, although power is higher – the 2-litre now delivers 155bhp (up 5bhp), while the 2.4-litre has 190bhp (up 20bhp). Equipment levels are improved, the new car coming with keyless entry and a multi-function touchscreen on the dashboard. In addition, the 2.4 has a sunroof, xenon headlights, reversing camera and a 10-way power-adjustable driver’s seat as standard, among other things.

That tall, boxy body is predictably capacious – there’s ample space all round, and rear legroom is particularly impressive, better even than in most executive saloons. It’s also very airy, especially with the glass sunroof on the 2.4, and visibility is excellent in every direction. 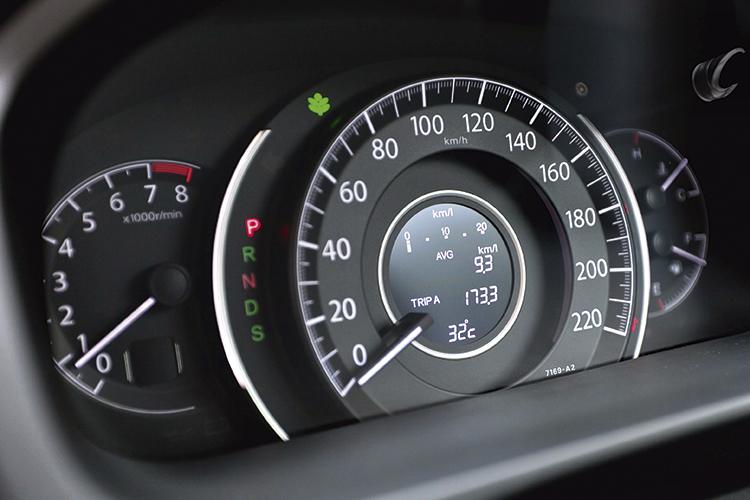 Honda CR-V speedometer turns green when you drive economically, providing encouragement to save petrol and save the SUV planet.

The boot is large and well shaped, and can be extended by folding the rear seat-backs forward via convenient levers on either side of the boot. The seat bases flip forward too, allowing the seat-backs to fold completely flat for a long, even load area.

Honda has made a generally successful effort at styling the fascia, with ergonomics that are pretty much faultless – think big, clear instrumentation and switches that fall easily to hand. Pity that it feels a bit low-rent, with some coarse and hard plastics. And that cheapo faux-alloy surround at the base of the gear lever is a real eyesore – the same ghastly material also blights the steering wheel and door pulls. 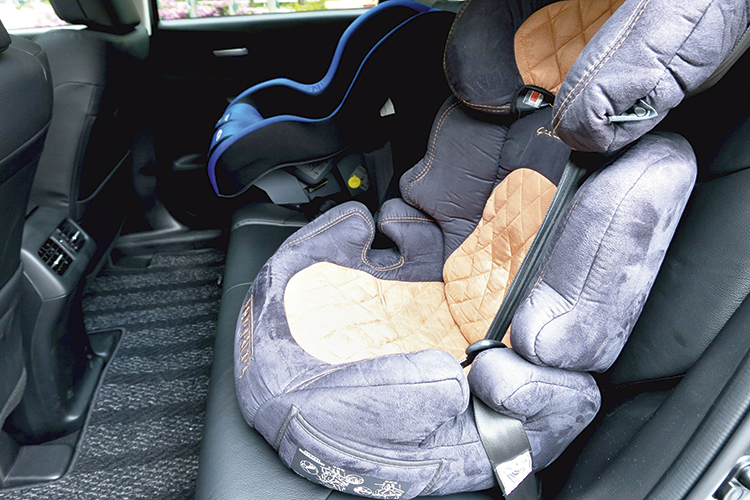 Even Honda Odyssey MPV owners will be impressed by the space available here for a small family of heads, legs and feet.

On the move, the CR-V is rather more inoffensive. The 2.4 is torquey, with good step-off and pick-up. This being a Honda, the engine spins very sweetly and revs to an energetic 7000rpm, with the 5-speed autobox slurring its shifts well, although a concerted boot of the throttle is needed to engage kickdown.

If you wish to take matters into your own hands, there are steering-mounted paddle-shifters fitted as standard on the 2.4 – a surprising find in such a non-sporting car. Honda quotes 10.8 seconds for the 0-100km/h sprint, but it feels faster than that. 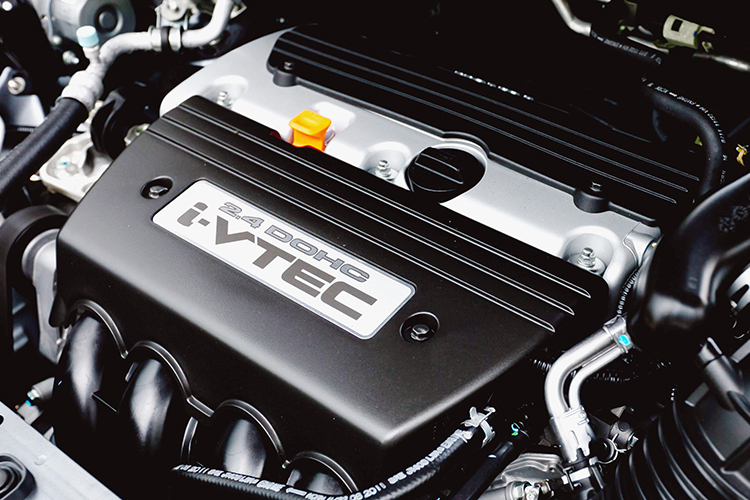 Honda CR-V’s naturally aspirated 2.4-litre engine is good for a range of 690km.

Fashionably, the CR-V has an economy setting (engaged by way of an “Econ” button to the right of the steering wheel). It backs off the throttle response, dials back the transmission’s eagerness to downshift, and adjusts the air-con to sap less power.

Thankfully, this isn’t as extreme a poverty mode as on some other cars (notably the German brands) – the CR-V still maintains decent throttle response and avoids feeling like a total sluggard. Fuel economy is respectable, if not outstanding – in mixed driving conditions over a weekend and with “Econ” mode engaged about half the time, the test car turned in figures of 8km+ per litre, which is decent for a fairly heavy 2.4-litre SUV. 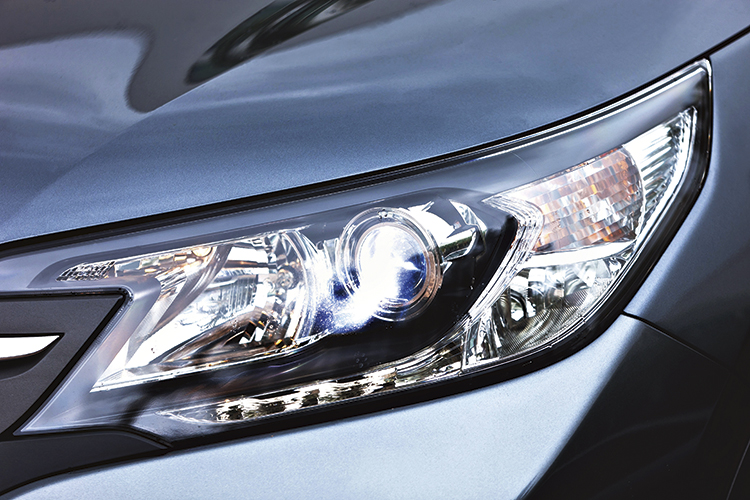 The headlamp of the updated 2012 Honda CR-V.

The CR-V is a decent four-wheeled appliance in other ways. Ride comfort is fine, with good compliance over both high- and low-frequency bumps, coupled with damping control that avoids the car pogo-ing over rutted or undulating roads like so many other SUVs. The CR-V is also a relaxed cruiser. There is some wind and road noise, but not enough to be a real disturbance, and the gearing is long-legged, with the engine purring along at just 1800rpm at 100km/h.

The steering is light but consistently weighted, and turn-in is accurate and linear – certainly a notch above the SUV norm. There is moderate roll in bends (accentuated by the high seating position), which limits the car’s perceived cornering enthusiasm, and understeer does indeed set in quite early. 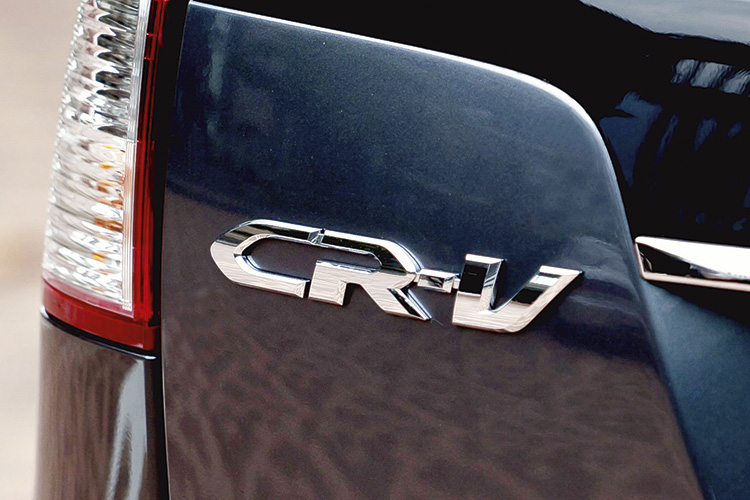 At least there is decent feedback through the steering to keep you aware of what’s happening underfoot. Despite its SUV outlook, the CR-V is strictly front-drive only, so traction under power is no better than on your average family hatch, but overall handling is fluent and predictable, even passably car-like in most situations.

If you’ve experienced the old CR-V, this newcomer is exactly what you’d expect – an evolutionary improvement on all fronts, competent in every way, but ultimately unmemorable. 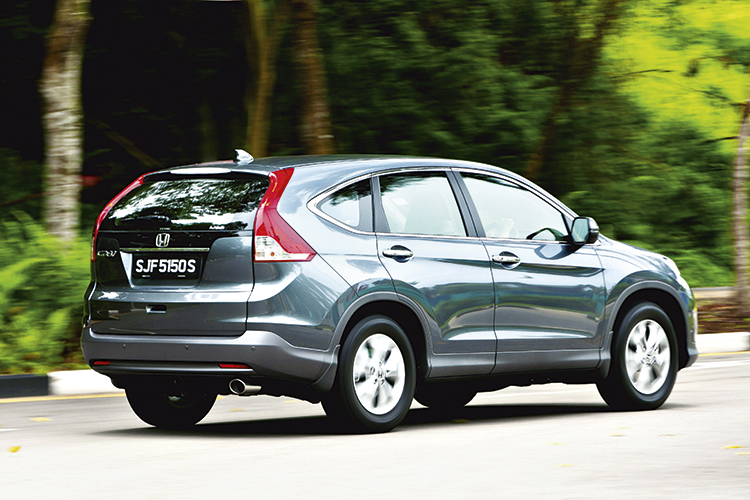