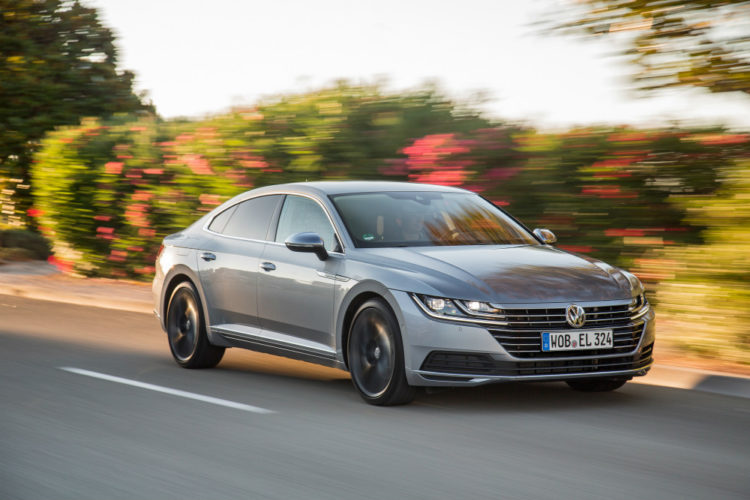 The Arteon is the latest model to come out of Wolfsburg, where Volkswagen’s headquarters is located, and it is a brand new model for the company.

The “Arteon” name is meant to exude an “Art”-istic style like no Volkswagen car before. But essentially, this newcomer will continue from where the Volkswagen CC (Comfort Coupe) left off.

The Arteon is a four-door fastback saloon just like the CC, but with a full tailgate instead of a boot lid and a more swoopy profile than any other Volkswagen vehicle to date.

Compared to the five-door coupe concept at the 2015 Geneva Motor Show that previewed the company’s next generation of car design, the production Arteon has few noticeable styling changes.

It appears that only the complex bonnet of the design prototype has been replaced by a simpler pressing and an additional lip placed on the leading edge just above the grille. 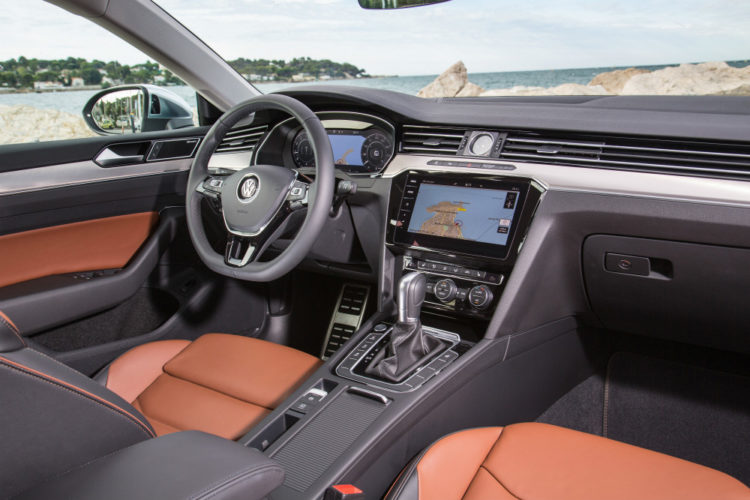 The Arteon is sleek and striking. The bonnet height is as low as you can get on any front-engined car and the generous wheelbase (50mm more than the Passat) accentuates the long, low profile.

The dramatic grille is another new Volkswagen design element that is likely to appear on other models, albeit in different sizes. And the bonnet wraps down the sides all the way to the wheel arches.

Underneath the Arteon’s bonnet is a turbocharged, high-output 2-litre four-cylinder engine, either diesel or petrol.

The diesel unit with twin sequential turbocharging is quite a wild thing with 500Nm of torque. Volkswagen has not confirmed if this model will be available in Singapore.

What we will receive for sure is the turbo petrol unit, which is yet another variation of the 4-cylinder motor found in a number of VW models. 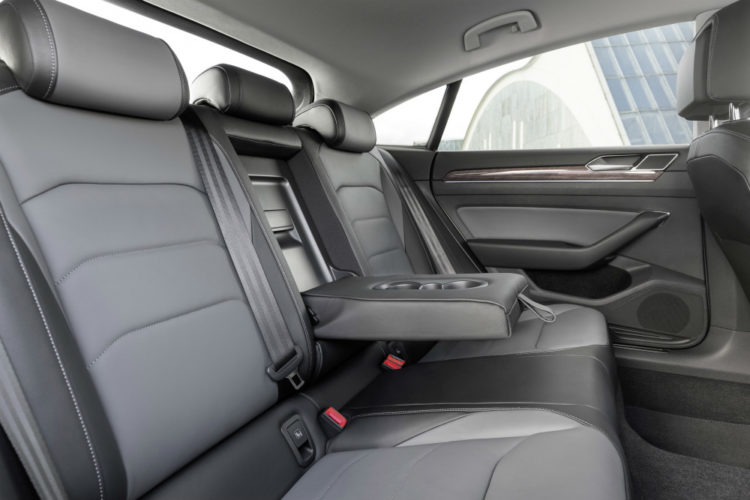 The 2-litre petrol Arteon accelerates from zero to 100km/h in 5.6 seconds. That is with the test car’s 4Motion all-wheel-drive system. No doubt the lighter front-drive model will be even quicker if it shares the same engine developing 280bhp of power and 350Nm of torque.

While our test route did not include any quick and twisty mountain roads, the Arteon did show off its strong performance on the highways.

The engine revs freely and, thanks to the maximum torque staying constant between 1700rpm and 5600rpm, the car accelerates with urgency even at speeds above 150km/h. This shows the engine’s breadth of smooth and cultured performance.

For the driver and passengers, the Arteon is a spacious and refined car, with a wide range of electronic driver-assistance systems, which include Adaptive Cruise Control. This system will bring the car’s speed down to the posted speed limit, overriding the speed set by the driver.

Inside the Arteon’s cabin, the designers have thankfully eschewed funkiness for understated style and excellent ergonomics.

However, the touchscreen functions for dialling phone numbers and adjusting the suspension settings are not very practical. 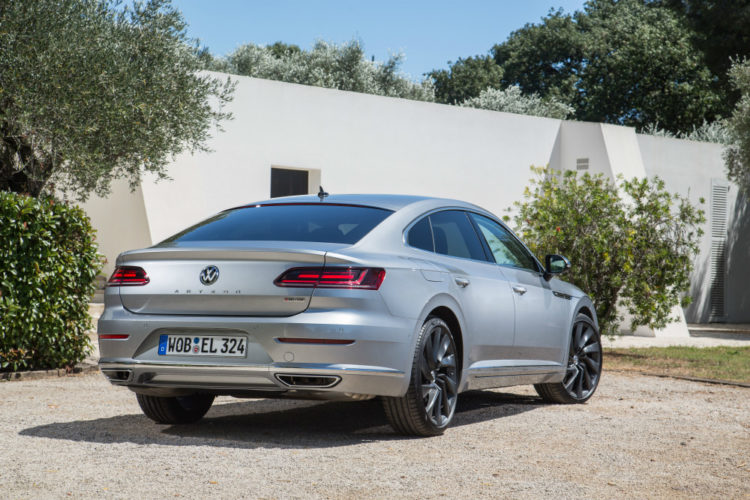 On the move in the car, touching the right spot on the screen requires more deliberate care than the driver can afford, especially at speed or on winding roads.

This issue is not unique to the Arteon, though. Too many cars these days rely on touchscreen functions that are a distraction to driving. So it is best to set the individual driving mode before driving off and maintain caution while dialling a phone number.

Other than that, the dashboard’s ergonomics is first-class and the quality of the switches, buttons and knobs matches cars from a higher, more expensive segment.

Sure, the Arteon is not a high-performance sports saloon with a muscular 6-cylinder motor. But the car looks great inside and out, has a smooth and energetic engine, and the cabin is surprisingly practical and spacious for a five-door styled like a coupe.