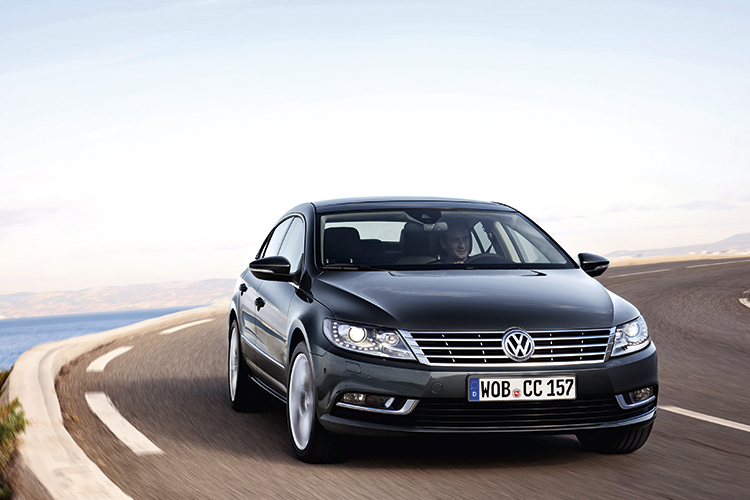 Facelifts for cars are more common than those for humans or, more specifically, women. Even then, only a handful of females would ever subject themselves to this procedure.

For carmakers, however, they are a must. Try thinking of a vehicle that is suitably old (at least three to five years into its model life), which has never been “refreshed”.

When the time comes, designers (and sometimes the engineers, too) will wave their “magic wands” over their charge. The result is a number of aesthetic changes such as re-profiled panels and new alloy wheels, updated drivetrain components and extra equipment – all done to sell the car better. 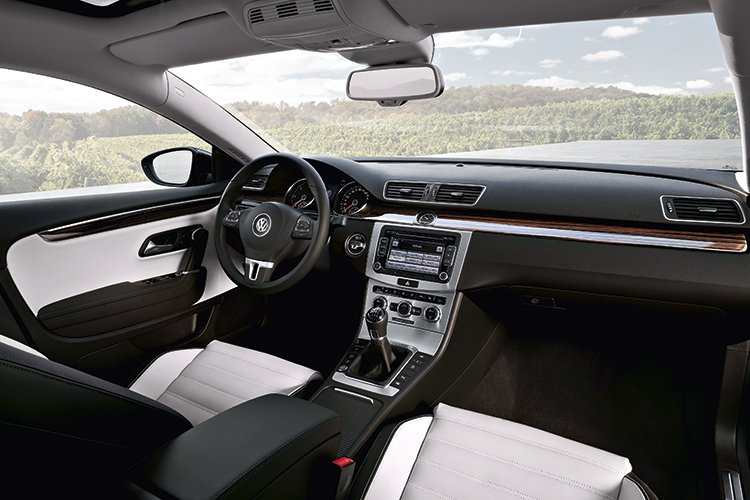 Like most refreshed rides, the latest version of Volkswagen’s coupe-saloon has all of the above. However, it also sports one other difference from its predecessor, which has nothing to do with the way it looks post-facelift, or the way it now drives. It has a new name – well, kind of.

Formerly known as the Passat CC, it is now simply called the CC. When asked why this was so, the reply from the company’s PR department was simple: they strongly felt that the car now “sits” closer to its two top-end siblings – the Phaeton and the Touareg – and further from the Passat saloon (with which it shares much of its underpinnings).

Considering that the CC and the “normal” Passat have different body panels to begin with, we felt there wasn’t a need for this. Name change notwithstanding, the car’s exterior has been reworked to reflect this new positioning and also align it with the other models the brand manufactures – and nowhere is this more evident than on the vehicle’s snout.

Like the rest of the Volkswagen family, the CC now wears the brand’s current corporate nose. The grille stretches from headlight to headlight and features shiny, horizontal slats resembling those on the Phaeton and the Touareg. 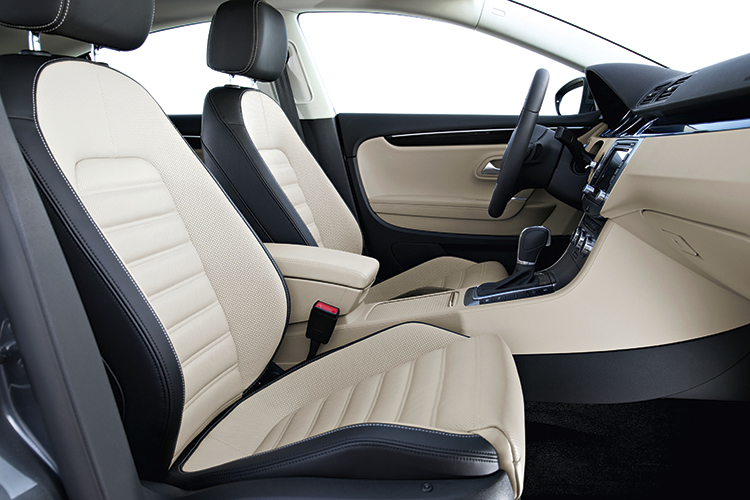 Little metallic bits around the foglights and the grille, as well as the new bi-xenon headlights and L-shaped LED daytime driving lights, serve to augment this sleek new impression. Elsewhere around the front, the bonnet has “lost” its bulge and looks smoother (except for the two creases) and less “fussy”. Like the Phaeton, there’s also an extra air intake beneath the bumper.

When viewed from the side and the rear, where the changes aren’t immediately obvious, you’ll notice that the CC has re-profiled side skirts (that bulge outwards to a greater degree) and new, flat-bottomed tail-lights equipped with LEDs, also in an L-shaped pattern. We were told that many of these changes are meant to make the car seem to sit lower and hence look sportier.

Rounding out the cosmetic differences are the new alloy wheels and body colours – there are two new choices for the former, and three for the latter. One colour, Black Oak Brown, was specially chosen for the car’s European launch.

Inside, sports seats that have been designed with extra lateral bolstering for the driver and front passenger are now standard fare. Essential for long drives, especially on hot and humid summer days, active climate control can also be ordered. This pumps cooling air through small channels in the seat covers to keep bodies comfortable. Also standard are new front head restraints equipped with what VW calls “X-adjustment”. 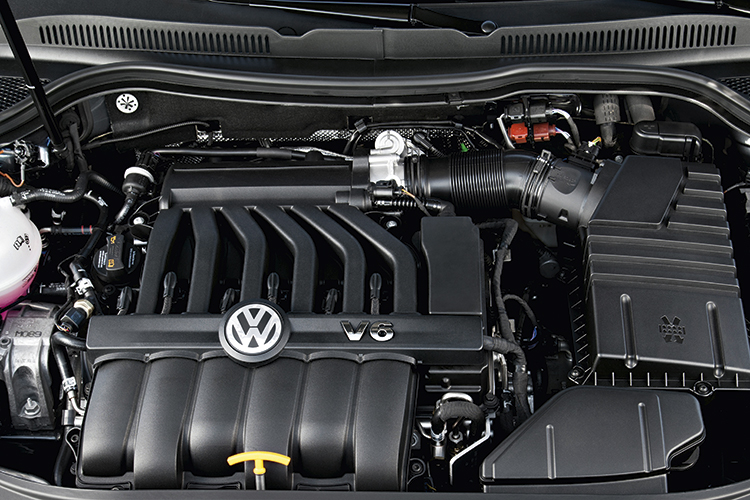 Like the Volkswagen CC’s predecessor, three petrol engines will be offered when the CC goes on sale in Singapore.

These are not only height adjustable, but can also be pulled forward to protect your head and neck in the event of a front or rear collision.
If the CC is ordered with the automatic locking and starting system (Keyless Access), it comes with Easy Open – a clever function that lets you open the boot lid when you “kick” underneath the rear bumper.

Other new items include redesigned housing for the Climatronic controls, additional colours for the dash and panels, the RCD 310 radio-CD system and our favourite item – an analogue clock (where the hazard light button used to be) like the one in the Phaeton.

Of all the extras, this is a clever yet cost-effective touch. Think of similar clocks in other cars, and those that come to mind would be in more expensive rides such as the Bentleys and the Range Rovers. 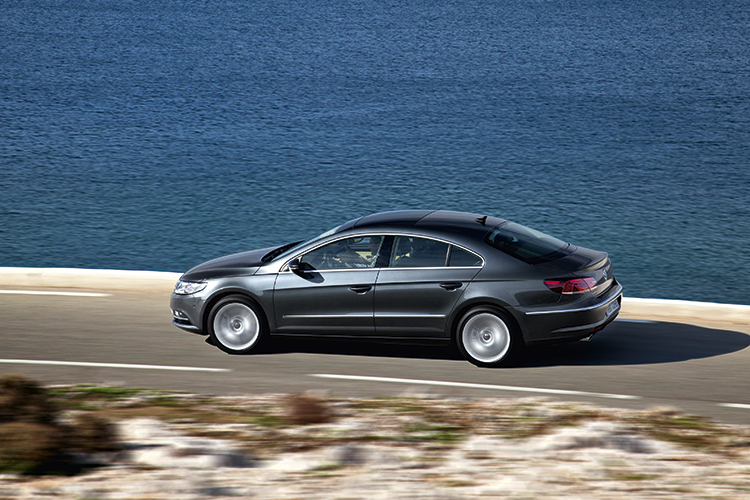 The 3.6-litre V6 motor is the range-topper, but the smaller 1.8 is more than adequate for daily driving.

One feature not found in the brand’s top-of-the-line model (or any other Volkswagen for that matter), but available as an option with the CC is Side Assist Plus including Lane Assist.

Compared to the individual systems, which can be ordered separately, the combination of the two into one highly functional unit works by warning the driver of vehicles in the blind spot (by flashing LEDs in the side mirrors and vibrating the steering wheel) and by automatically correcting the steering, if the need arises.

For added peace of mind, the system that detects waning driver attention is standard, while Dynamic Light Assist (for taking bends and preventing glare to oncoming traffic and cars ahead) as well as a second-generation parking “assistant” that is also equipped to handle perpendicular manoeuvres, meaning at right angles to the lane you’re driving in, are optional.

Like the Passat CC, there are different petrol and diesel engines on offer – specifically, three for each. We drove the 1.8 and 3.6 petrol variants (the other is a 2-litre). The clever XDS electronic differential (for extra traction when cornering, and also used in the Golf GTI) is standard on the four-wheel drive 3.6, but is only available on order for the 1.8 (as is the DCC adaptive chassis control). 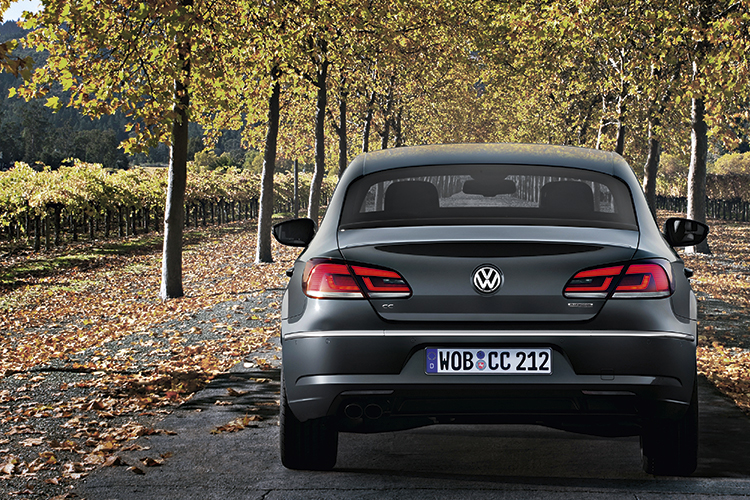 The power and torque outputs, as well as the dual-clutch gearboxes (7-speed for the 1.8 and 6-speed for the 3.6 and 2.0), remain unchanged from the outgoing model.

Volkswagen plotted a few different routes for our test drive in Nice – we got a good mix of highways as well as narrower, winding roads. Despite “losing out” in the performance stakes (when compared to the 3.6), the 1.8 was still a joy to pilot, especially when the route took us along the hillsides.

The car was quick to respond to direction changes, and grip was ample. Our only gripe was that the steering wheel felt rather “vague” when the vehicle was pointed straight ahead. Noise insulation was also excellent as the engineers have added extra soundproofing to various areas of the body, and the windscreen now sports an acoustic film layer as standard.

The car was so quiet, it almost seemed as if its engine was switched off even though it was actually idling. You can even order an infrared window coating for blocking out the sun’s rays and the heat. 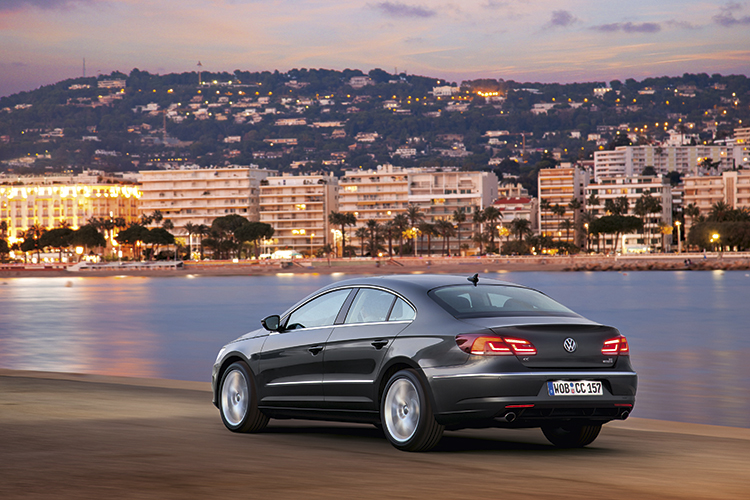 Volkswagen tweaked the CC to position it closer to the Touareg and Phaeton.

Despite these changes and other enhancements, we are still unsure as to whether Volkswagen’s attempt to carve out an even more distinctive niche for the CC will be successful. Making this stylish saloon look and feel more upmarket is a nice (and essential) move – but it remains to be seen if the company can build on the 320,000 units that have been sold worldwide since the vehicle was first launched four years ago.

Locally, we would be surprised if the new CC doesn’t surpass the sales figures of its predecessor. While prices have yet to be announced (the car will arrive around April/May 2012), we have been informed that it will cost around the same as the model is replaces (around $166,300) despite the fact that it now has all these add-ons.

The Volkswagen Arteon is the CC’s bigger, more luxurious and more powerful successor

Volkswagen Arteon is a fancy and fast German fastback