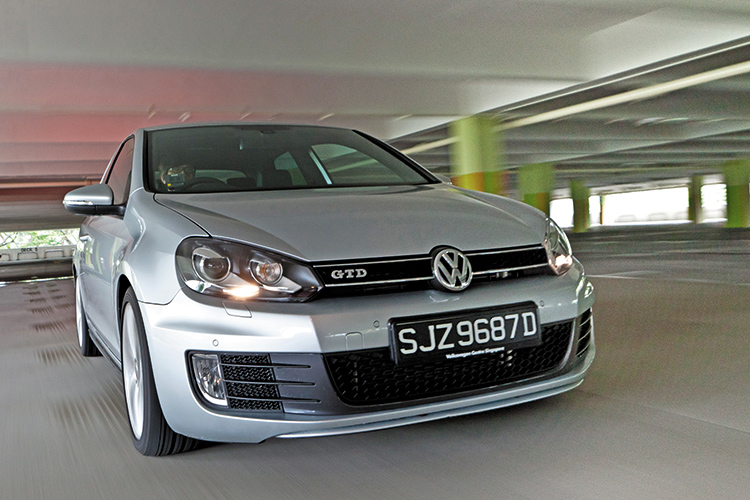 In today’s palace of hot hatches, if the Golf GTI is the king, then the Golf GTD might be the court jester. After all, it runs on truck fuel, starts up with a noticeable rattle and the corresponding annual road tax in diesel-unfriendly Singapore is over three times more than the GTI’s $1194. This apparent joker also costs the same as the reigning monarch of hot hatches.

But after driving the thing, it turns out the joke’s on me. Because the GTD is essentially the GTI with a twist – and with its vigorous torque, the twist in question is a firm one. To be exact, there is 350Nm available, which is 25 per cent more than the GTI and 20Nm more than the range-topping Golf R. Doing gearbox duty is Volkswagen’s brilliant 6-speed DSG, which is both quick and slick. 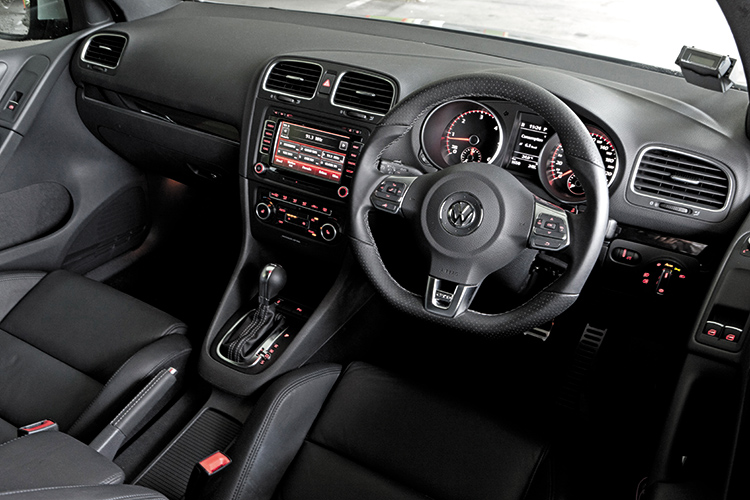 Looks and feels like the Volkswagen Golf GTI’s cockpit, but with less red.

The result is speedy urban performance that feels faster and easier than in the GTD’s illustrious compatriots. The car chugs like a rapid freight train at low rev levels on the expressway, where the GTI is just pulling out of the station. Overtaking is almost like teleporting at times, and the machine is always ready to do its driver’s bidding (other than for the COE, of course).

On paper, the GTD is slower than the GTI from standstill to 100km/h, taking 1.2 seconds longer, but the difference in acceleration is insignificant on the road. In fact, the GTD seems to accelerate as strongly as the GTI up to 80km/h, or from 50km/h to 100km/h. The flip side is that the diesel powerplant starts to run out of puff at 4000rpm, where the 210bhp petrol unit really hits its stride and enters the high phase of its performance. Chasing the redline in the GTI is also more fun than in the GTD, whose 5000rpm red zone is much lower and also less zippy on final approach. Anyway, the diesel doesn’t need big rev numbers to deliver the goods. 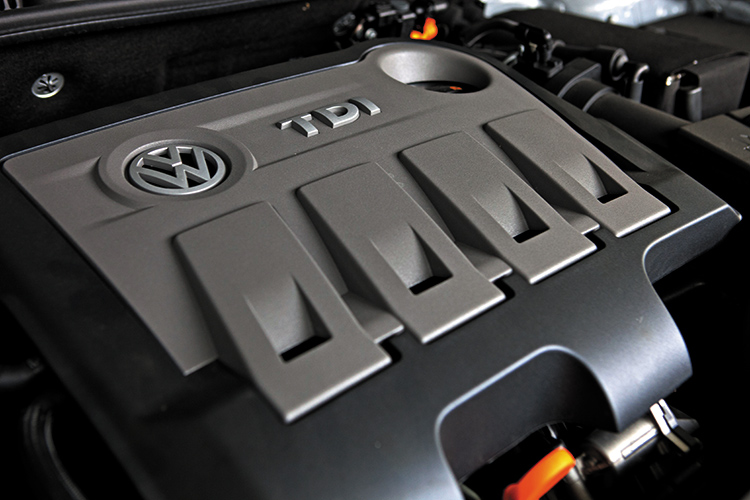 Terrific torque, all 350Nm of it, equals great driving action.

The rest of the GTD package is nearly as purposeful as the GTI, and it’s easy to “sport” the similarities. On the outside are swivelling bi-xenon headlights, vertical fog lamps “bookending” an aggressively rendered front bumper, upsized 18-inch rims and a ride height lower than the ordinary Golf’s. On the inside: supportive semi-bucket seats, a racecar-inspired steering wheel and a tasteful, well-made blend of blacks, reds and chrome.

The GTD also features DCC (Dynamic Chassis Control) like the GTI, which allows press-and-play tweaking of the handling. The best compromise continues to be the Normal adaptive mode, and interestingly, the GTD’s Sport setting feels less stiff than the GTI’s. The power steering also seems lighter from lock to lock in every driving scenario, and cornering behaviour is a little less pointed. The latter might be related to the heavier weight of the diesel engine compared to its petrol equivalent. 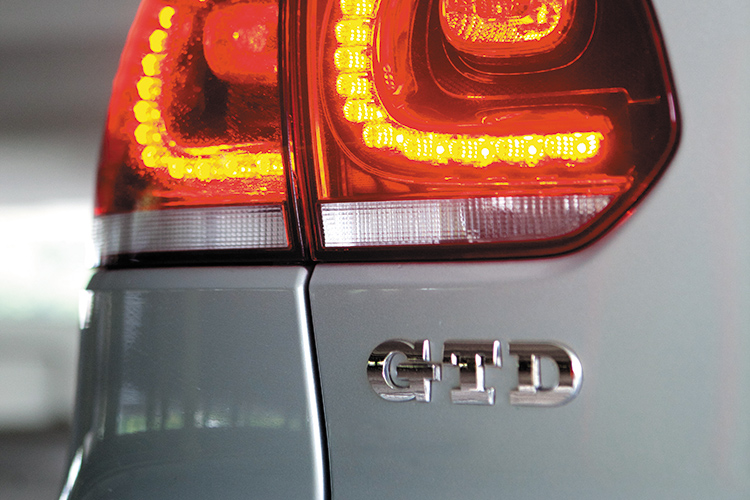 Petrol prices are rising while the cost of diesel is holding steady, but this alone cannot justify the GTD as a workable substitute for the GTI in the Singapore context. Despite the diesel Golf being fun to drive briskly, fuel-economical and hot hatch handsome, our local anti-diesel taxes for private cars make it a lost cause.

Thus, the GTI is still the king – and the GTD can only remain the jester.