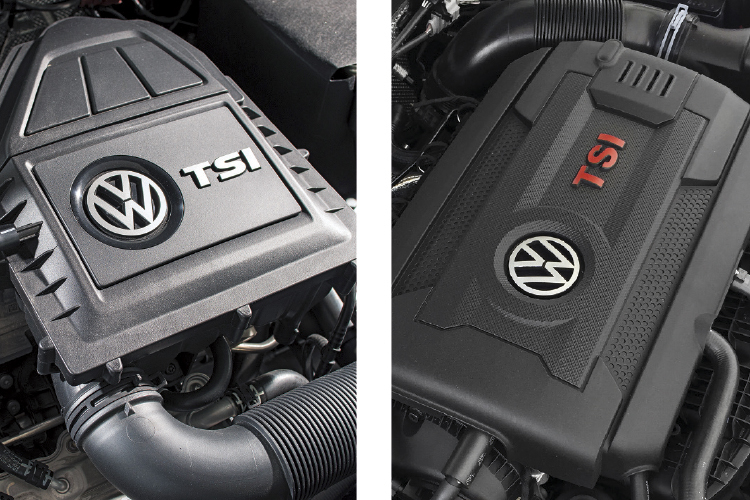 One Golf has an entry-level 1-litre TSI engine and the other has a high-level 2-litre GTI engine.

Over consecutive weekends, I drove two cars which bookended Volkwagen’s recently facelifted Golf range – the TSI base model and the GTI (okay, okay, I know the GTI is the bridesmaid to the Golf R, but still it’s almost the range-topper).

And what the experience drove home, more than anything, was just how well-conceived and fundamentally right the current Golf is.

The seventh generation of VW’s stalwart hatchback has always been a favourite (it was, after all, the Straits Times Car of the Year 2013), but over the years, with familiarity and the car’s growing ubiquity, we’ve come to take it almost for granted.

So the TSI, with its newly downsized 1-litre three-pot engine, was a useful reminder of the Golf’s inherent qualities. Those qualities being an airy and well-made interior, cabin refinement befitting something two classes up, a delightfully agile and well-sorted chassis, and an effortlessly supple, well-damped ride.

Despite the frugal little engine, the TSI had more than enough grunt (110hp and a very healthy 200Nm of torque) to feel quite brisk, and in an entire weekend of commuting I not once felt the need for more urge. It was the most complete, grown-up 1-litre car I’ve ever driven.

And the GTI I tried the following weekend showed how the Golf’s superb fundamentals allowed it to be given a sportier focus without compromising the car in other areas.

The base model’s already excellent balance and turn-in mean that the GTI didn’t need rock-hard damping and hair-trigger steering to feel nimble – it was planted, grippy and a hoot to chuck around corners, while still maintaining a well-rounded ride.

And because of the car’s inherent refinement, allowing a bit more intake and exhaust voice from the turbocharged 2-litre engine didn’t turn it into a noisy, ill-bred hot-rod that could only be driven on a motorway with ear defenders on.

The GTI’s styling was similarly well-judged. Some subtle but meaningful tweaks (including judicious use of red accents) to the understated but handsome Golf shape was enough to impart discreet, purposeful menace, without resorting to huge, pointless wings, fake vents or gratuitous bits of plastic (ahem, Civic Type R).

And, without needing attention-seeking overrun crackles or synthesised engine sounds pumped through the speakers to raise pulses, the engine’s linear, effortlessly torquey delivery and rorty note were still a thrill.

Simply put, the Golf manages to be great, without looking (or sounding) like it’s trying too hard. Other car makers should look and learn.

Inspired by the VW Golf, I now also aspire to be good at everything without trying too hard. 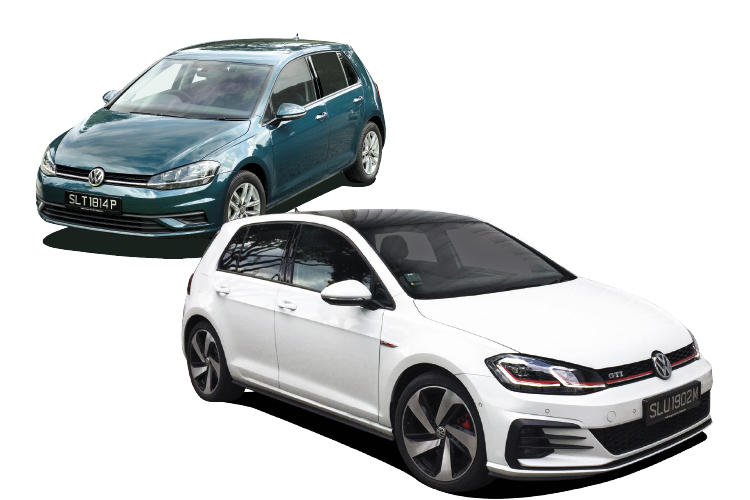