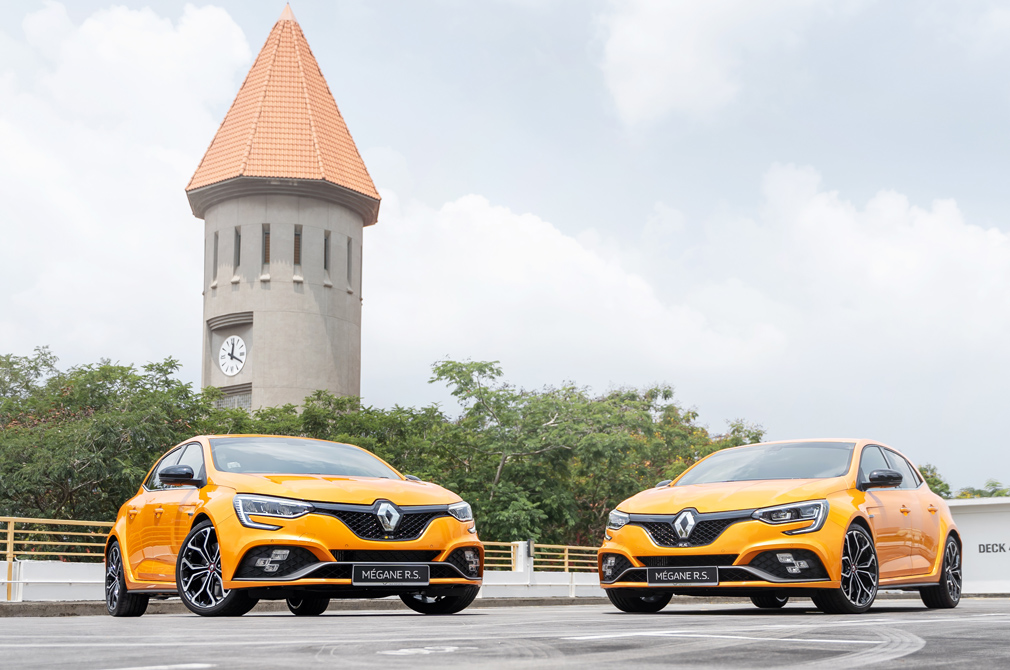 Renault Megane RS. It’s not easy to spot the changes, but the new model is the one on the left.

French carmaker Renault launched the current generation Megane RS hot hatch in Singapore in September 2018 and my wife was among the first owners of the car here.

The car was polarising at that time because it ditched the three-door, manual transmission formula of its predecessor.

It was also made in Spain rather than the Dieppe plant where Renault made its sports and competition vehicles, including the earlier generations of Megane and Clio RS models.

Still, the five-door Renault Megane RS and its dual-clutch transmission had greater appeal and over 50 were sold in Singapore – more than its predecessors.

But when the facelift of the Megane range, including the RS, was announced in April 2020, Renault dropped a bombshell. 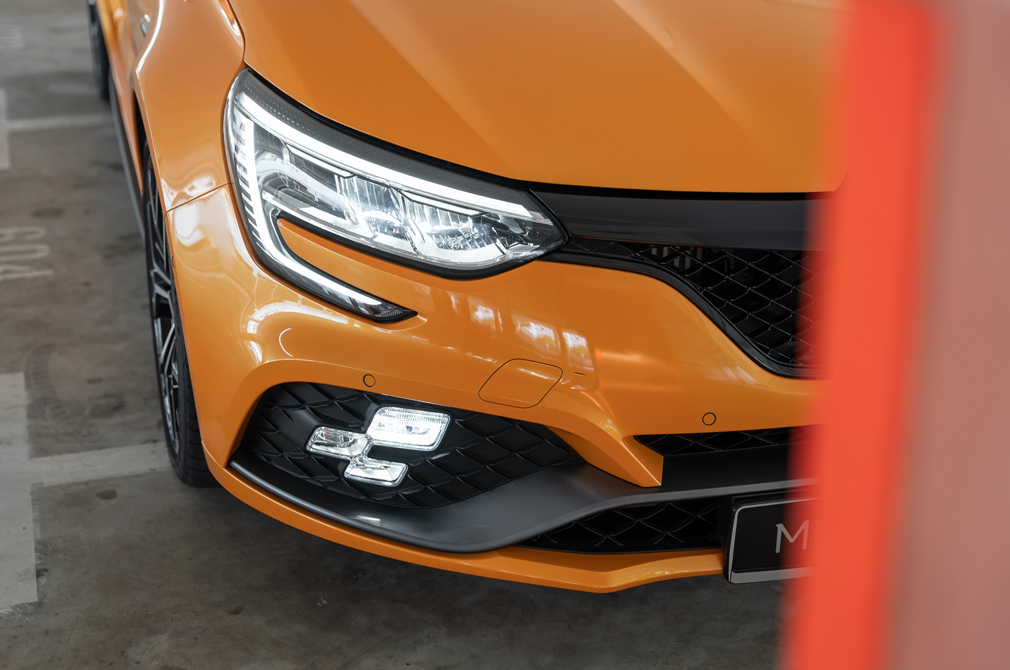 A top executive reportedly said: “Inevitably, once we’re starting to add a range of EVs to our line-up, some of the other vehicles are going to have to go because we just can’t afford to develop all of this at the same time.”

“The Megane is in a segment that is increasingly under pressure. You have to put your money where the future of the market is.”

The future of the Renault Megane RS hot hatch is thus uncertain.

This means that the current facelifted Megane RS, which Renault agent Wearnes Automotive started selling in early April, may well be the last of the storied Renault hot hatches.

Indeed, with Wearnes not having any current plan to bring in the Megane sedans, the Megane RS may even be the last of the “Megane Mohicans”. 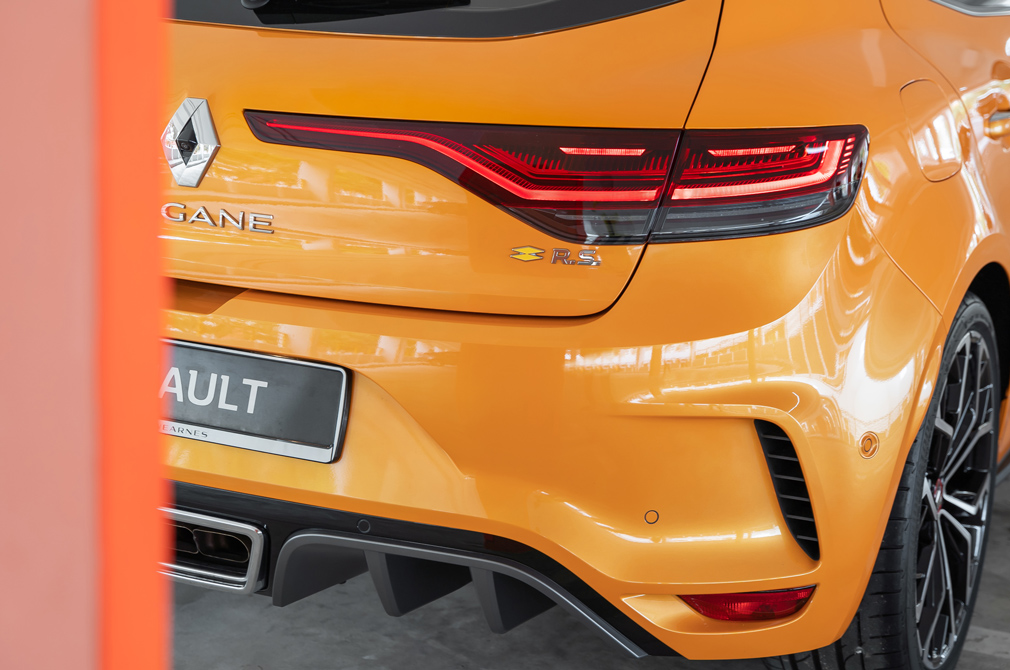 I had to squint eyes to spot the cosmetic updates. The shark fin antenna for my car was black but these fins now match the colour of the cars.

The Renault logo on the front grille is slightly bigger and it now has the yellow Renault Sport logo instead of just the letters RS. The puddle lights at the sides of the car have been moved from the side mirrors to the door handles.

And the headlights and tail-lights have been redesigned. They now also have dynamic turn signals.

Inside, the Renault Megane RS steering wheel now has the yellow Renault Sport icon, reminding the driver of the car’s pedigree. The seats and gearshift cover has dual red-white stitching instead of red stitching in its predecessor.

Behind the wheel, the instrument cluster has gone fully digital, and the 10.25-inch screen can be customised to display what the driver prefers.

Depending on your preferences, you could go from a minimal, zen-like display of just key driving data like speed and engine revolutions per minute to attractive visuals like the icon of the car with blinking turn indicators.

And the quality of the display is on a par with those found in higher-end Audis, subjectively speaking. 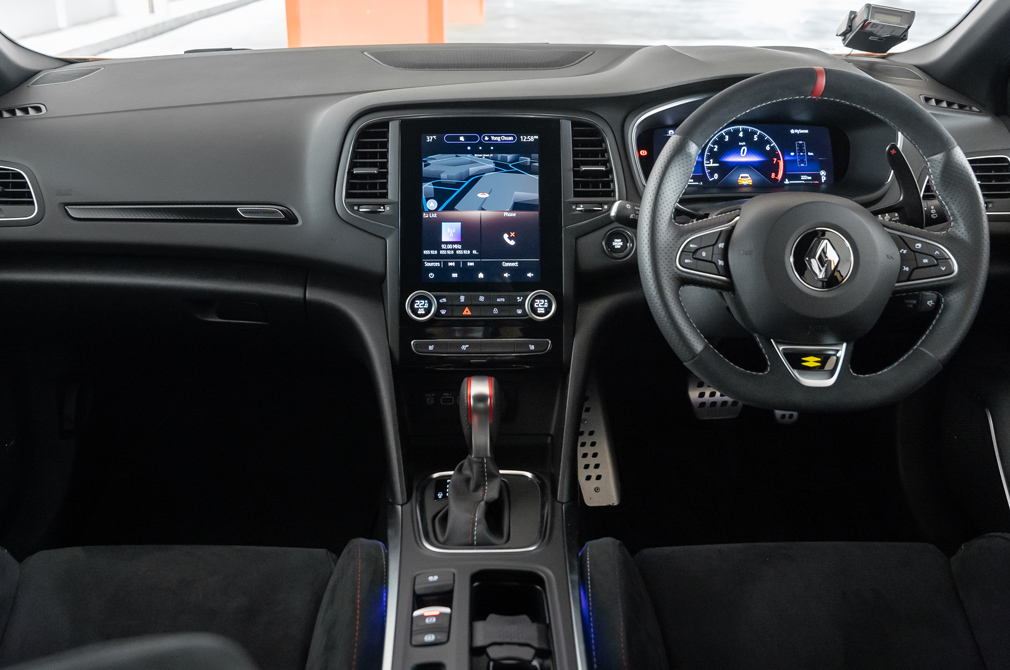 Among other upgrades, the new Renault Megane RS has a fully digital instrument cluster and larger infotainment display.

On the centre console, the predecessor’s 8.7-inch touchscreen display has been upsized to 9.3 inches, with a marked improvement in resolution to boot.

Ergonomics have been improved to. For instance, Renault has reinstated buttons for the fan speed adjustments, and it means not having to tap the screen repeatedly to adjust fan speeds.

That is inconvenient and even dangerous, as it means taking eyes off the road to see where the fingers land.

The interior upgrade significantly lifted the driving experience. It is so pronounced that my own Megane RS felt dated after I drove the facelifted car. This will be a major draw for new buyers. 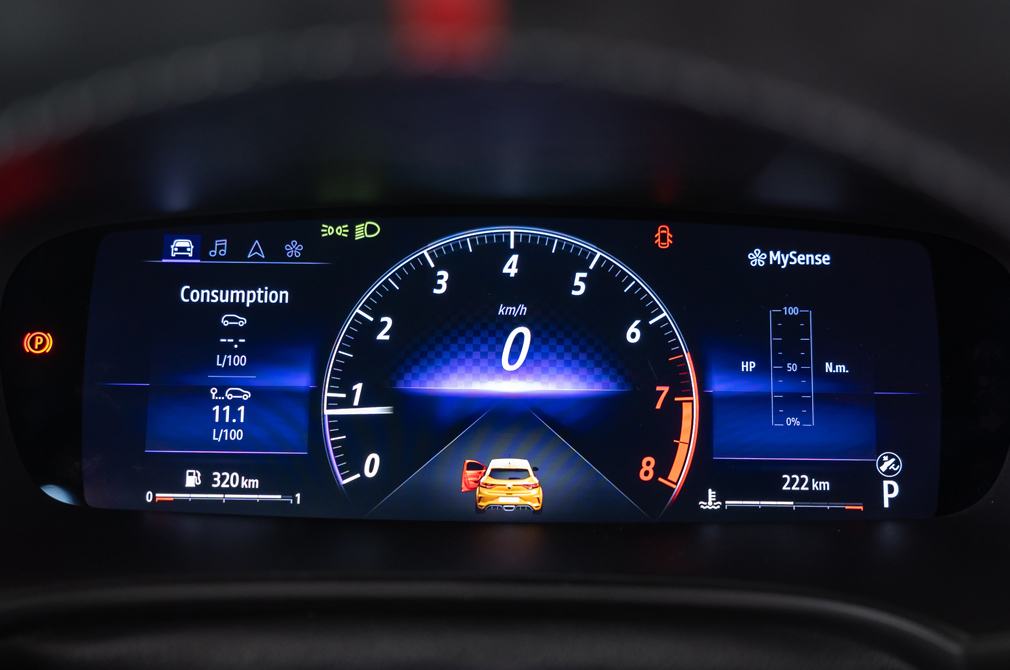 Wearnes has made some significant changes to the specifications of the local cars. It has dropped blind spot monitoring and RS Monitor, a driving telemetry app that displays the driver’s performance in real time.

I do not miss blind spot monitoring because it always makes me second guess whether my blind spots are clear. And I hardly use the RS Monitor in my daily drives anyway.

In this sense, Wearnes made the right call and took away things that most drivers are unlikely to miss in the long run.

Instead, the latest Renault Megane RS has a much-improved Bose sound system with nine speakers and a sub-woofer, and road-sign recognition.

The sound system upgrade is a lovely touch, even to a non-audiophile like me. The subwoofer is neatly tucked in the boot without having to customise mounting brackets for aftermarket audio upgrades.

But I have mixed views on road-sign recognition. It chimes, quite unnecessarily, each time it detects a change in road speed limit. Thankfully, the audio alert can be turned off. 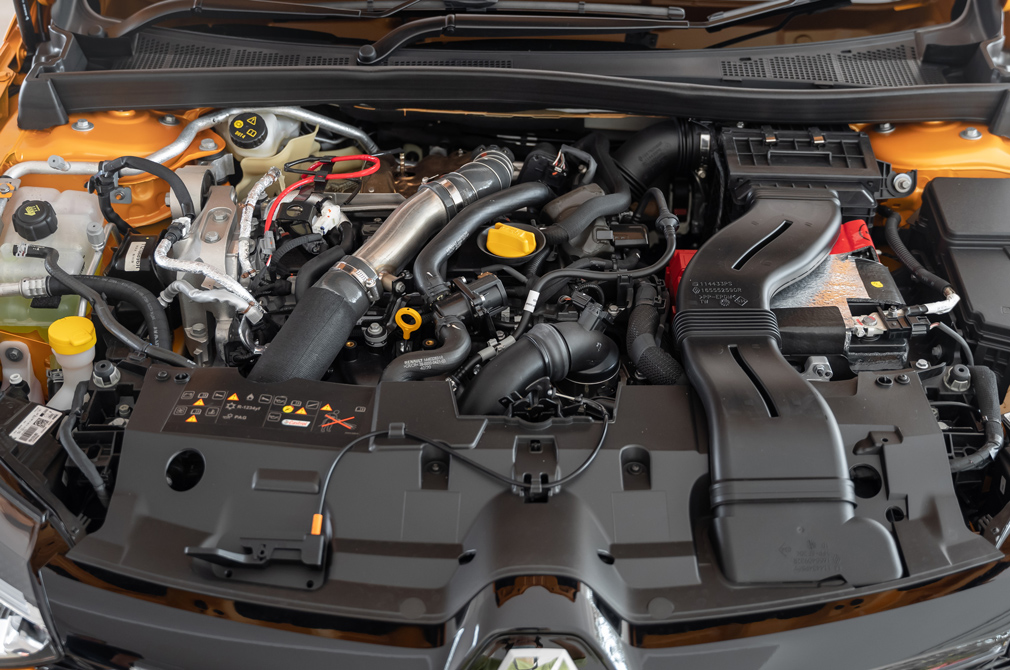 Under the bonnet, the Renault Megane RS is still powered by the lively turbocharged 1.8-litre engine, but its output has been increased by 16hp to 296hp and 30Nm to 420Nm.

The higher output shaves its century sprint time from 5.8 seconds to 5.7 seconds, an improvement that is hardly perceptible in daily driving. On paper, the car is thirstier, too, with efficiency dipping from 14.3km to 12.2km.

The latter is due to a change in testing standards in Europe from New European Driving Cycle (NEDC) to Worldwide Harmonised Light Vehicle Test Procedure (WLTP). During a half-day test drive, I averaged 10.3km per litre. 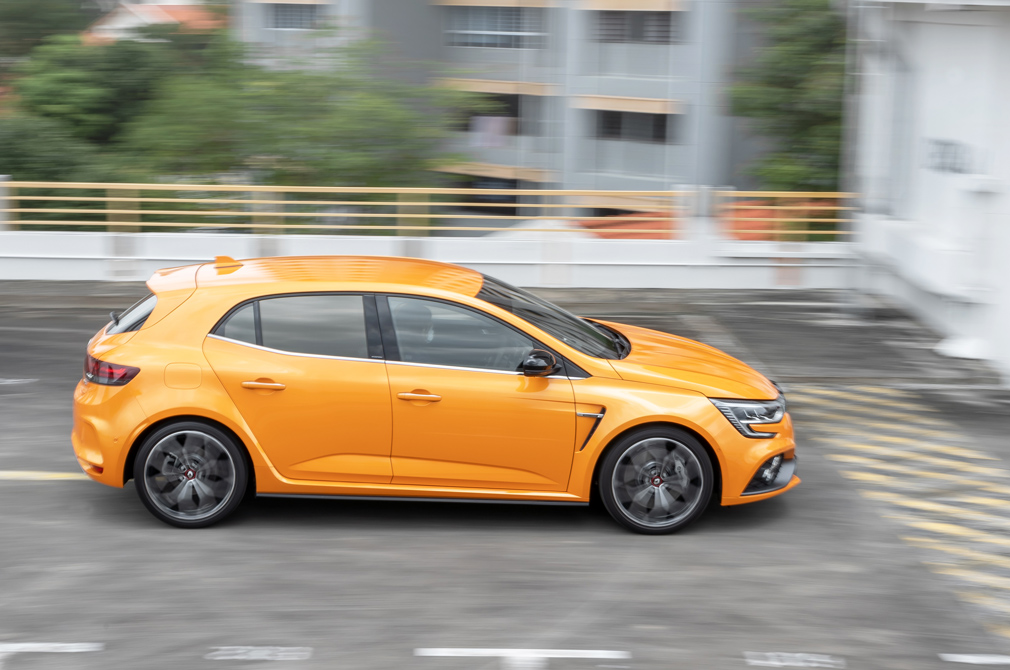 On the move, the Renault Megane RS retains all the characteristics of its predecessor: A brawny powerplant, instant throttle response and razor-sharp steering without being twitchy.

The car is planted without being harsh on badly paved roads with the hydraulic compression stops lessening the impact of fully compressed dampers.

For those driving the Megane RS for the first time, this uncommon four-wheel steering system can be disconcerting. 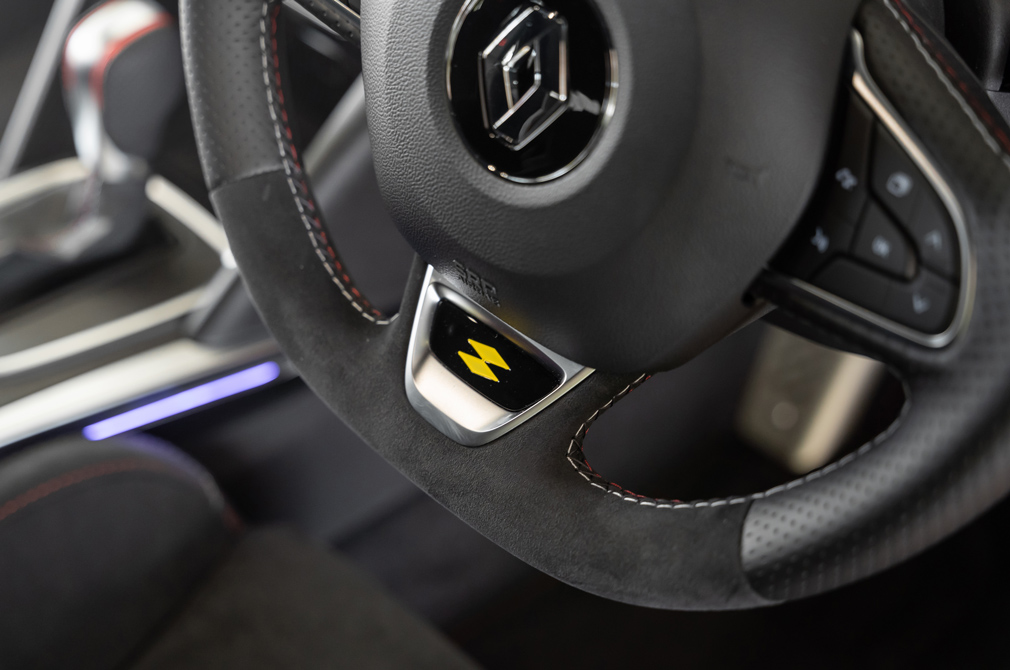 But after having owned and driven the car for two years, it has become the standard against which I now measure cars for their handling and agility.

And in this respect, no other hot hatch measures up. Indeed, this feature will entice some keen drivers to opt for a Megane RS instead of rivals such as the Volkswagen Golf GTI and Cupra Leon.

Even as Renault mulls over the future of the Megane line, the RS hot hatch will remain sought after by enthusiasts looking for a good looking, high-performance hatchback that can perform family ferrying duties without breaking the bank.

And the possibility that the Megane RS may be the last of its kind may even add to its longer-term desirability. 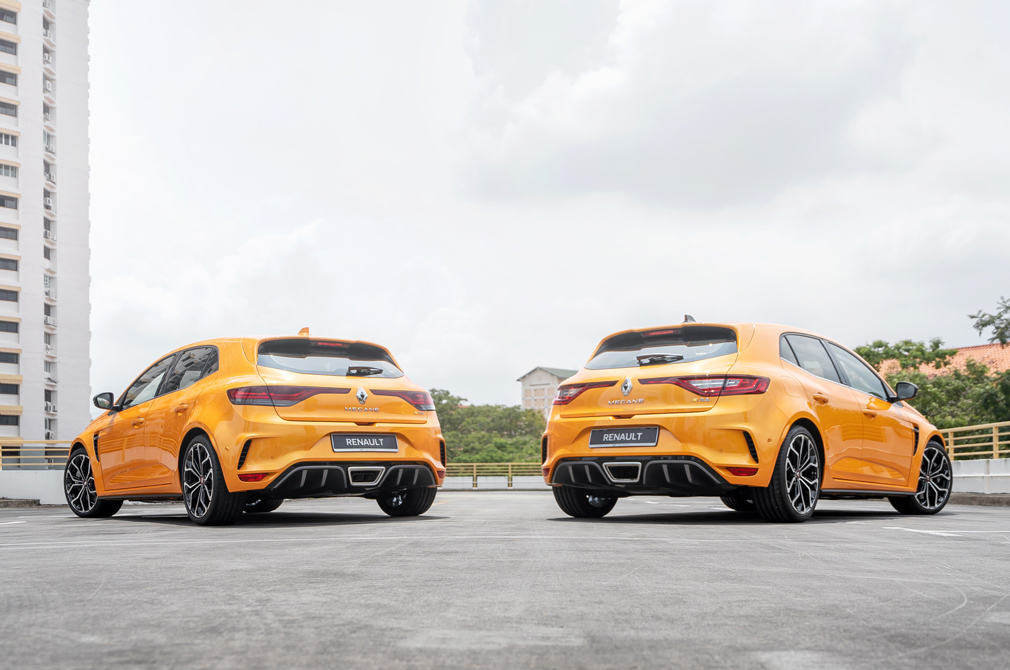 Click here to find out more about the Renault Megane RS
We review the Alpine A100, which has the Megane RS’ drivetrain, here
Or head here for our review of the Alpine A110S