Volkswagen Golf Life Plus review: Getting to know you | Torque
Loading posts... 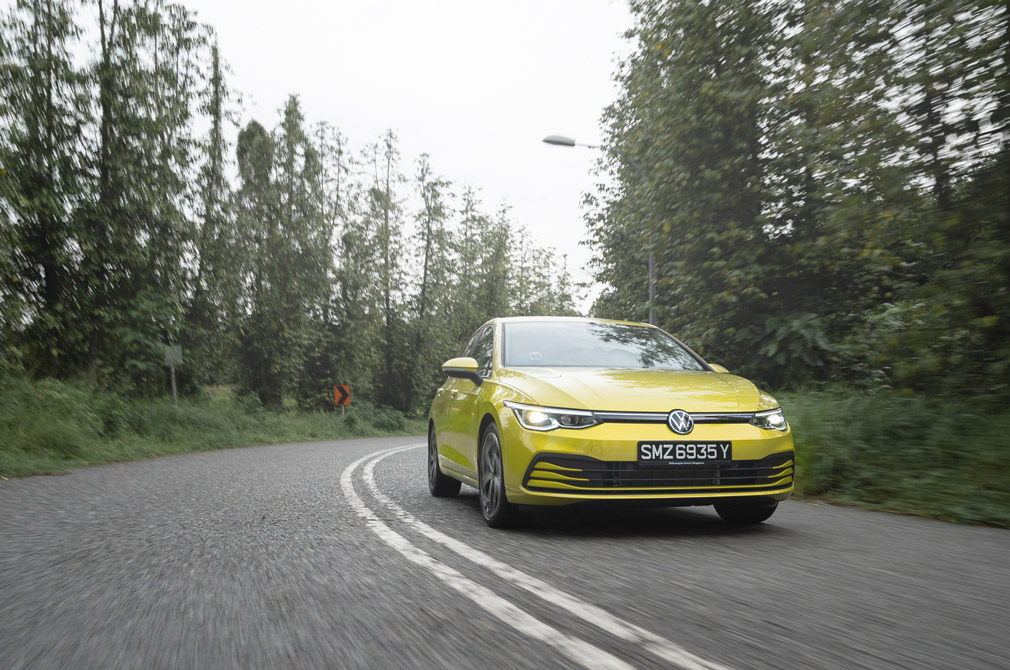 When I first drove the new Golf two months ago, it left me with two impressions.

Firstly, it had gone upmarket. Secondly, any improvements at this point would be incremental, for the previous generation had already set the bar quite high.

The latter point has been stuck in my head since that drive. The Mk 7 and Mk 7.5 Golf models were so much better than the Mk 6 – especially in terms of refinement – that it was hard to imagine how the Golf 8 could top that.

You could say that the latest Volkswagen Golf “merely” feels like an updated version of the previous one. Especially when the exterior design is so similar and so familiar.

I got reacquainted with the car recently and surprisingly, found that the more I drove it, the more it grew on me. 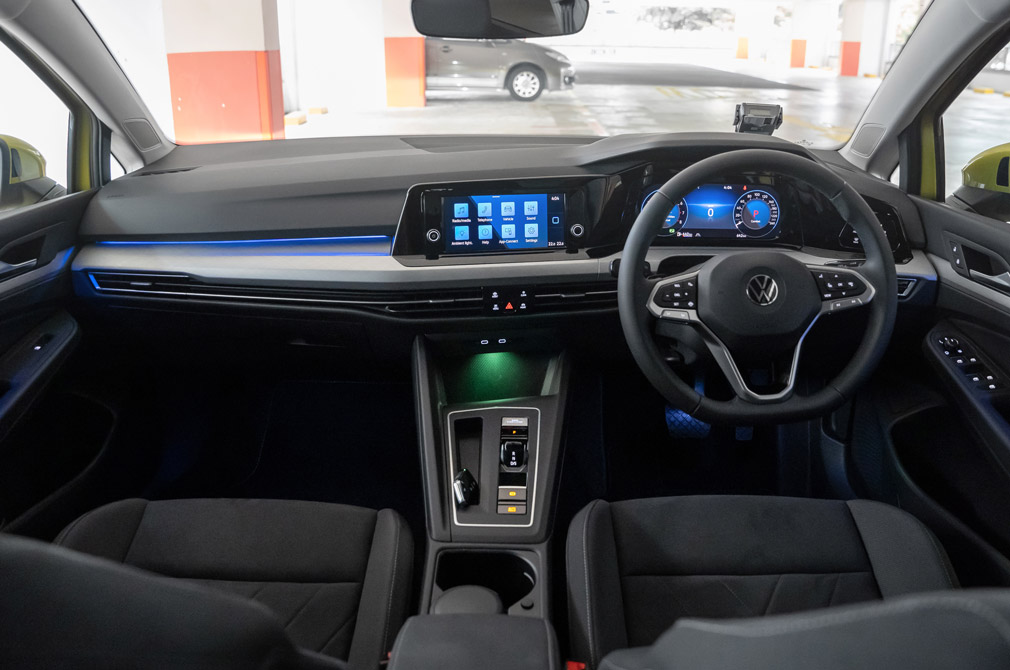 FOR THE EYES TO SEE

There is nothing familiar about the new Golf’s cockpit, though. It is completely different from before and probably the tidiest one in its segment.

With the climate controls and infotainment functions only accessible via the touchscreen, the absence of physical buttons and knobs makes the space seem bare. To be even more blunt, it even looks pared-down.

The most eye-catching feature is the 30-colour ambient lighting, which is of course only visible when it’s dark.

So, in the meantime, there’s not much for your eyes to focus on. Especially if you only spend 10 minutes test-driving the car and another 20 sitting in it in the showroom.

People need to see and touch things to see to elicit a “wow”. It’s human nature. You cannot get such a reaction from a neat, minimalist cabin. 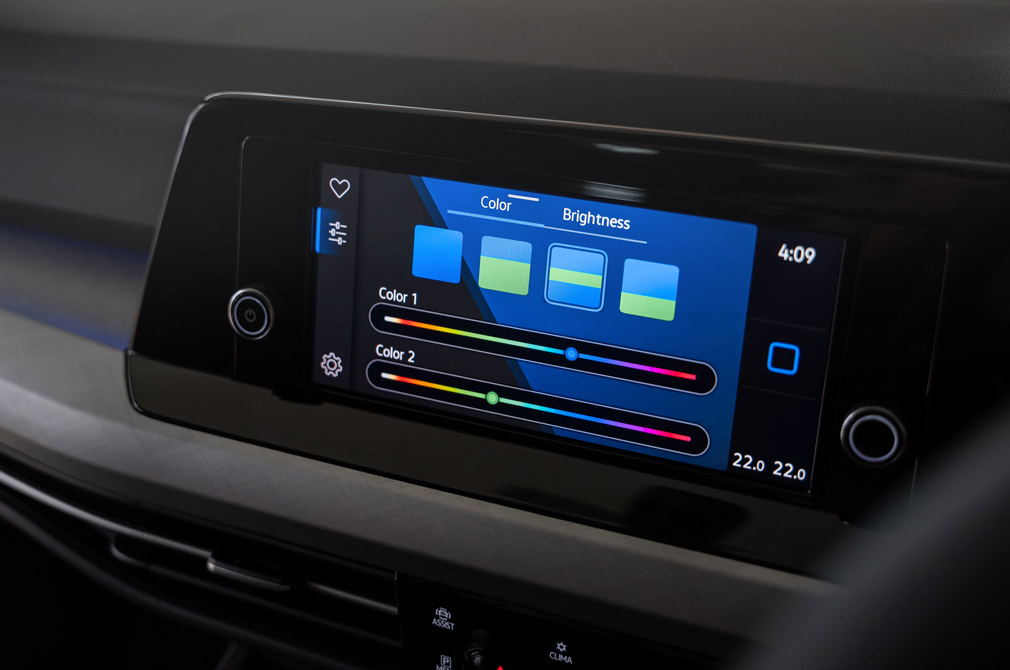 You don’t really need 30-colour ambient lighting. But once you’ve had it, such features become expected.

This is not a hatchback designed to blow your socks off. If you’re looking for that, perhaps the upcoming Golf R is what is needed.

Instead, the Volkswagen Golf, true to its understated nature, tries to go about its job in a competent and seamless manner.

Take starting and driving off, for instance. You depress the ignition button and when the engine starts, a downward flick of your finger puts the gearbox in D. Instead of a gearshift lever, you get a tab that looks like an oversized thumb drive.

Once you get the hang of the infotainment system, operating it becomes a cinch. It felt like when I first moved from a 2G phone to a smartphone (an iPhone 4). It was strange not having so many buttons at first, but screen swipes and taps soon became second nature. 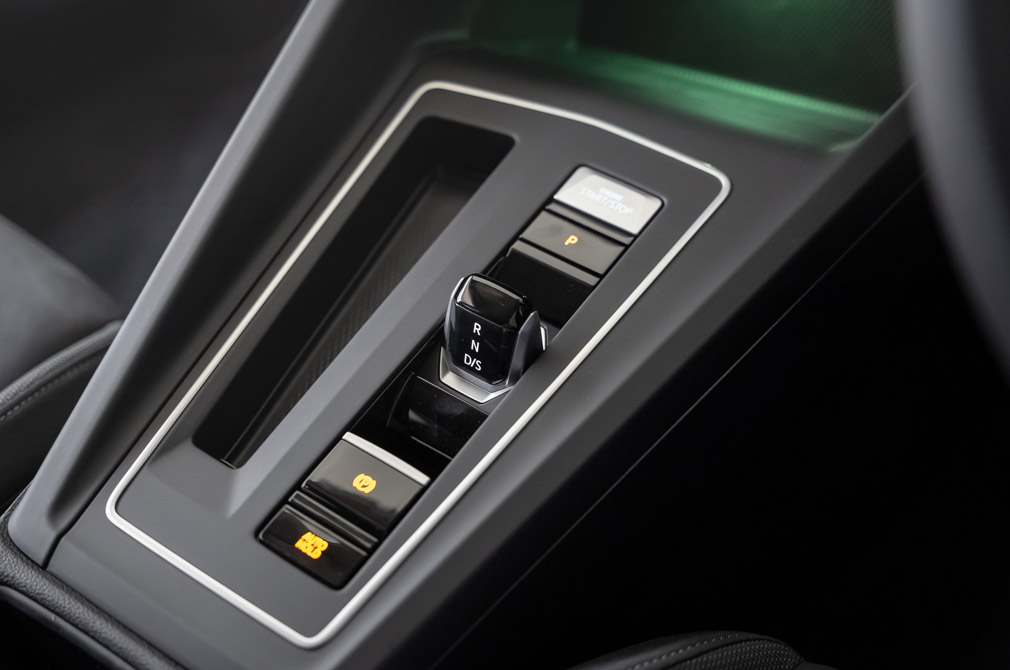 The drivetrain is unobtrusive, too. The take-up from a standstill is immediate and smooth, as are the gearchanges.

Of course, the quieter a car’s cabin is, the more noticeable any NVH (noise, vibration, harshness) becomes. In the Golf’s case, uneven surfaces will cause the IU unit to vibrate. And in Sport mode, the engine’s buzziness is palpable at 4000rpm.

I also didn’t like how the indicator stalk felt plasticky and created an audible “clack” when depressed. I don’t recall the previous Golf models having this issue.

The Volkswagen Golf is not the fastest hatchback around – the turbocharged 1.5-litre engine, good for 148hp and 250Nm – gets it to 100km/h in 8.5 seconds. But that is quicker than most cars, making it useful for overtaking and plugging gaps in traffic.

The Golf is not the most agile hatch either. But a responsive helm and predictable handling (expect understeer) make it relatively safe and easy to drive.

Then there’s the price. With COE premiums looking like they’ll be climbing higher, the Golf Life Plus’ starting price of $135,900 (correct at time of writing) is also a lot to ask.

But look past these and other bugbears you see a car that is good at fitting into most drivers’ lives. Today’s Golf is the automotive equivalent of an iPhone. It is expensive, good at most things, and annoying at others.

You ask yourself why you’d pay so much for it, when there are other cars that can do the same things for less. It is not perfect. So, like a smartphone, you should buy the one that suits your needs and habits best.

But with the Golf, I have to admit that the more I drove it, the more it grew on me.