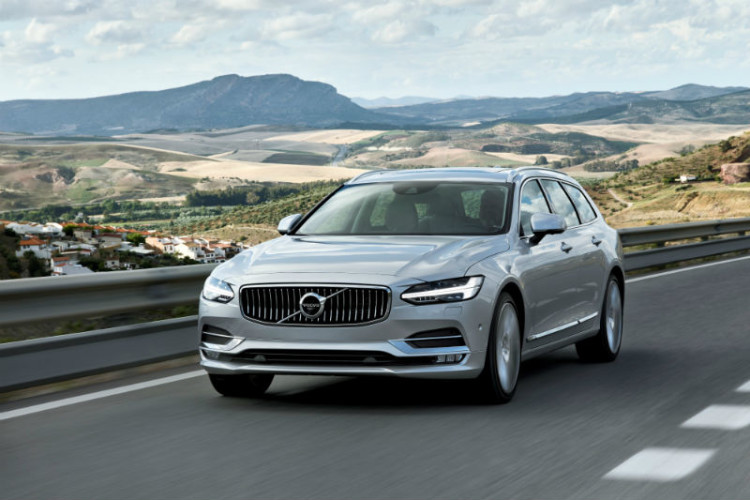 The all-new V90 estate looks set to retain this title while redefining the genre with Volvo’s new design DNA, which is more upmarket.

The V90 estate was simultaneously launched with the S90 luxury sedan; following from the XC90 sport-utility vehicle. It is part of Volvo’s revamped 90 series line-up, based on a modular SPA (Scalable Product Architecture) platform.

Of the trio, the V90 is arguably the best-looking. Gone is the boxy styling typical of previous Volvo wagons. Old-school Volvo fans may baulk, but most will gawk at the sexy new design.

It is significantly longer, wider and lower than the outgoing V70 it replaces. Interestingly, for all its 4936mm length, it is actually a pinch shorter – by 27mm – than its S90 sedan sibling. I am told it is all down to the revised rear-bumper design.

Despite the Grande-sized exterior dimensions, the V90’s stowage capacity is mediocre for an estate, at 560 to 1526 litres. I reckon the cutback on space is a fair compromise for the sporty roofline and rakish tailgate styling.

Unless you need to carry taller items such as nursery planters, it will still swallow most of the Ikea flat-pack furniture and sports gear you care to throw into it.

Gone is the nifty pair of rear facing kiddy-seats, available in the V70. Volvo says this omission is necessary to comply with rearimpact safety standards.

Up front, the cabin’s design language is similar to the XC90’s and a virtual clone of the S90’s layout – displaying uncluttered clean- line architecture and swathed in premium grade materials throughout. 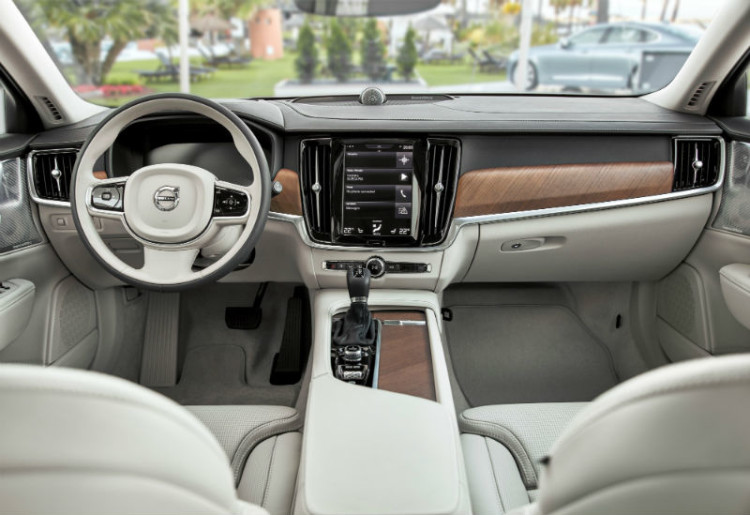 As in the XC90 and S90, the dashboard layout is simply high-tech. Taking centre stage on the dash is an iPad-like 9-inch touchscreen infotainment system, which doubles as the command centre for most of the car’s functions. In addition, the driver gets a large digital display, similar to Audi’s virtual cockpit. Heads-up display is optional.

Front seats are optionally ventilated and come with massage functions.

Rear passengers get lots of legroom, thanks to a 2941mm wheelbase (12.5cm longer than in the V70). The V90 is a veritable lounge on wheels. Sit back in its orthopaedically supportive Volvo seats and relax to the sounds of its Bowers & Wilkins audio system.

The Pilot Assist is essentially a combination of adaptive cruise control and auto lane keeping functions. It is best used on highway stretches with distinct road markings and can operate at speeds of up to 130km/h. The V90 is still unable to self-park, though.

Even with the extra sheet metal, it is barely 33kg heavier than the S90 sedan. Still, it weighs a hefty 1.9 tonnes. Thanks to the test car’s T6 2-litre double-boosted (supercharged and turbo) petrol engine, there is ample muscle to haul the all-wheel-drive V90 at a brisk pace. It will even sprint to 100km/h in 6.1 seconds. Just do not expect it to be the nimblest at punting around sharp bends. It is, after all, a wagon, and a big and heavy one at that.

If anything, it feels less jittery taking mid-corner bumps and even more poised and balanced compared with the S90 on meandering mountain stretches. Perhaps it is the weight of our on-board luggage which keeps the rear more planted – that, and the optional rear adaptive air-suspension at work. 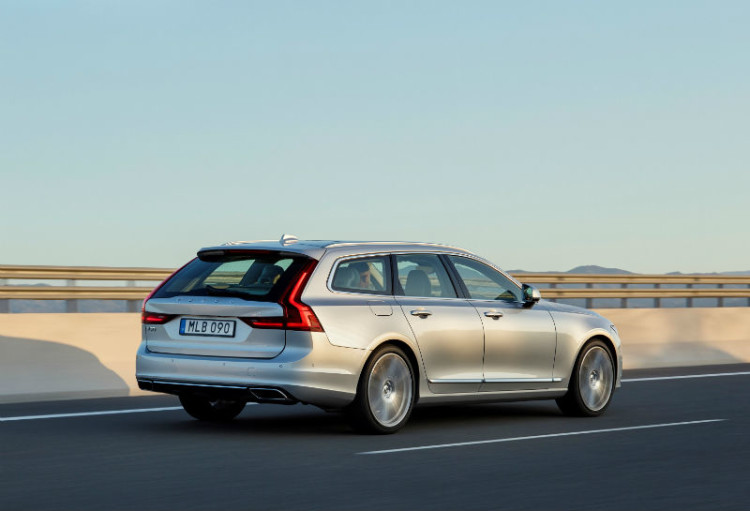 Along the Costa del Sol coastline, the V90 is as much in its element on fast-sweeping highways as it is coasting along blemished village streets. We even venture off-road onto unpaved olive-tree estates.

The ride is always well damped and comfortable, despite the wheels being shod with ultra-low-profile 20-inch tyres.

Driven as intended, the V90 rewards with swift progress, composure and a level of refinement befitting a luxury wagon.

With all the heavy-metal and safety sub-frames, fuel consumption takes a hit. Our test-drive car returned a dismal 8.1km/L – well off Volvo’s claimed 13.5km/L.

Fuel thirst and compromised stowage capacity aside, there is still much to like about Volvo’s V90.

As an alternative lifestyle ride, its cutting-edge design and Scan-luxe cabin might just win you over to the estate format.

More traditional fans will also appreciate that the comfort, safety and utility synonymous with Volvo wagons are further enhanced.