What to do when your car skids or oversteers | Torque
Loading posts...
0 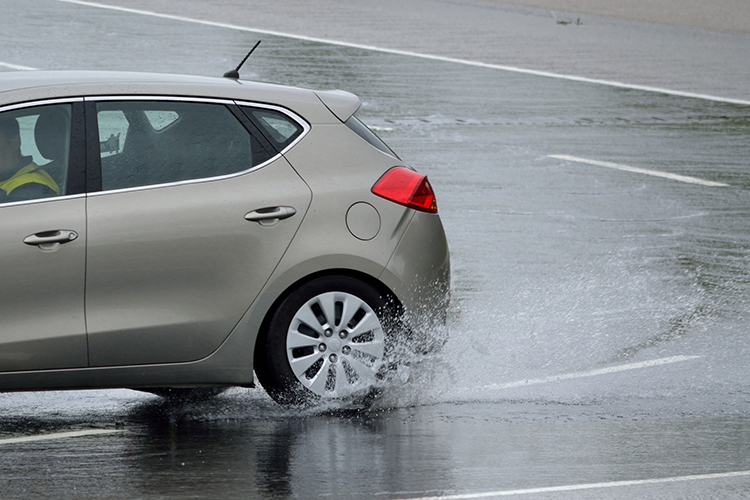 What should you do if your car skids?

You’re driving along at a reasonable speed when suddenly, your tyres lose traction. Perhaps due to aquaplaning, your car begins to skid.

What is the right action to take?

SLOW DOWN, BUT DON’T IMMEDIATELY SLAM ON THE BRAKES!

The best way to recover traction is to slow down so that your tyres have a chance to grip the road.

In this situation, most drivers will simply slam on the brakes, because it is the most instinctive thing to do.

However, what you should do first is to gradually lift your foot from the accelerator pedal.

You’ll cause the engine to produce less power and torque, thereby giving your driven wheels a better chance to regain traction.

This is the first step in what to do if your car skids.

After the tyres regain grip, point the wheel in the correct direction and very gradually re-apply the power.

WHAT IF MY CAR SKIDS AND OVERSTEERS?

Oversteer is what happens when the rear tyres lose grip, thereby sending the car’s rear end in the opposite direction of the front.

For instance, if you hit a patch of oil while making a right turn, the car’s rear end is going to veer to the left, despite the front wheels going to the right.

The correct way to deal with this is to slowly back off the accelerator pedal while steering in the direction of the skid.

Dealing with a skid and oversteer requires you to go against your instinct to fight the skid by turning the wheel in the opposite direction.

In the above example, turning the wheel more to the right will not help. You actually have to turn it to the left while lifting off the throttle to slow the car down.

Remember, it is about recovering traction!

Again, once the tyres regain grip, point the steering wheel in the correct direction and very gradually re-apply the power.

The quickest way to tell when your car is about to oversteer is when you’re making a turn and your back end “goes light”.

When you feel this, immediately lift off the accelerator and turn the steering wheel in the direction of the skid.

Powerful rear-wheel-drive cars are susceptible to oversteer, especially if the driver fetters with the traction control settings (or switches it off) and/or is using overly worn tyres.