8 in 10 motorists chose the wrong car colour for their personality | Torque
Loading posts...

The vast majority of drivers are in the wrong-coloured car for their personality. That’s the surprise finding of a pan-European study by Nissan, which reveals a staggering 86% of those polled made an incorrect choice in the showroom.

The research found that even though there are now more vibrant exterior colours and personalisation options than ever before, car buyers are still too conservative when it comes to picking paintwork.

The study was carried out by Nissan to highlight the personalisation options on the all-new Micra hatchback. It found approximately a third of those surveyed should have opted for more striking shades like orange instead of traditional grey and black, based on their personality type.

The research was developed using the expertise of acclaimed colour psychologist Karen Haller, who has more than 20 years’ experience and worked with many global brands to understand the colour choices that consumers make.

For the research, bespoke questions were devised to quantify an individual’s personality through analysis of their behaviour and preferences. This technique is commonly used to indicate a person’s primary personality, for example, as part of the screening process during job interviews.

According to the study, 86% of motorists have chosen the wrong-coloured car for their personality type, approximately two-thirds went for more traditional/conservative colours, 38% are currently driving a grey or black vehicle and 53% claimed colour had impacted their vehicle choice, of which more than half claimed to have selected their favourite colour

Based on the 5000 responses across Europe, high-energy colours such as orange should top the table. These signify energetic, fun and optimistic traits within someone’s personality.

Karen commented: “Social factors come into play with colour choice. For example, in times of economic uncertainty, it’s common for people to play it safe and pick a car with a neutral palette such as black, white or grey. So I’m not surprised that two-thirds of motorists are driving more conservative shades.”

Karen continued: “Often, colour choices are based around aspirations and black is often seen as an aspirational colour, associated with high-end technologies and innovative brands. It may be that far from playing it safe, they are choosing what they perceive as the finer things in life.”

Human response to colour goes right back to early childhood. It is not always determined by symbolism or an association, but by in-built “hard wiring” over which we have no control. People react to colour in different ways, and with psychometric analysis an expert such as Karen Haller can understand the relationship between personality types and colour association. 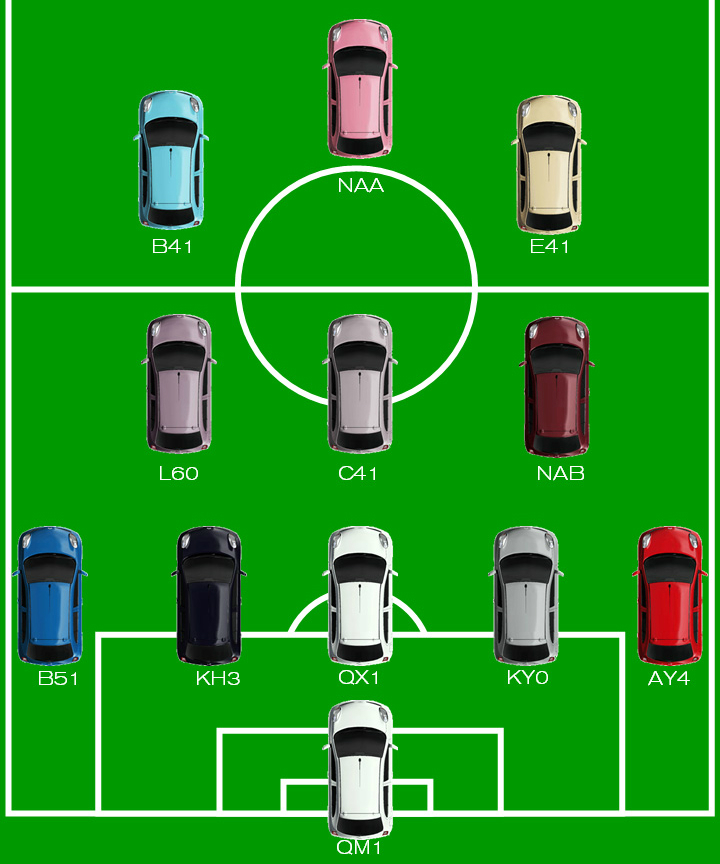 Did you know that the colour of your car needed 100 formulations and 1000 litres of paint?

Read about the importance of colour in the design of a new car.