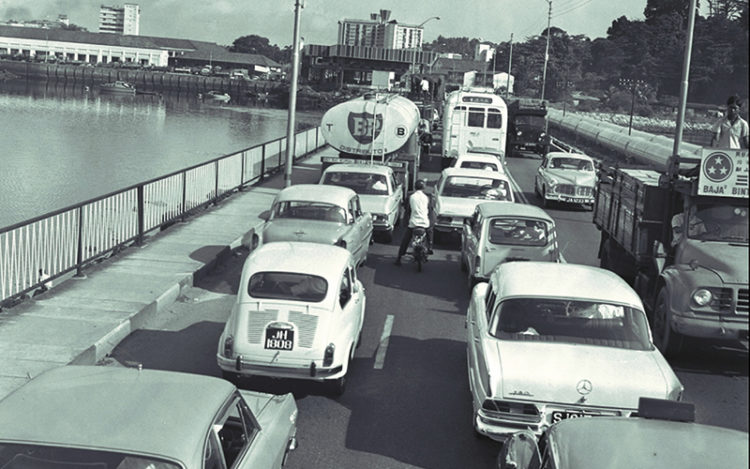 The Causeway, which officially opened in June 1924, connects Singapore and Malaysia not only by road, but by rail, too. It also houses communication lines and conduits, the latter channelling raw water to Singapore and piping treated water back to Malaysia.

Before the Causeway was commissioned, the only way to travel across the Strait of Johor separating Singapore and West Malaysia was by ferry. Passenger ferries could accommodate only 160 people on each trip, while goods ferries could take only six wagons (the kind hitched to trains) per trip.

The ferry system worked well enough in the early 1900s but, as trade increased from 1910 onwards, its limitations became obvious. In 1911, about 11,500 goods vehicles utilised the ferries but, by 1917, this figure had almost quintupled to 54,000. Clearly, a better transport solution was needed.

A viaduct was initially proposed but, due to its higher cost and technical difficulties (the varying depth of the Johor Strait being a particular challenge), it was decided that a causeway would be more cost-effective. Construction of the Causeway began in 1919 with the laying of the foundation, which consisted of rubble sourced from quarries in Pulau Ubin and Bukit Timah.

When the Causeway was completed five years later, it featured two sets of railway track placed on an expanse 18.3m in width, and a two-lane carriageway that was 7.9m wide and 1.05km long. During the opening ceremony, the first vehicles to be driven across were, apparently, borrowed from local dealers Cycle & Carriage, Borneo Motors, Malayan Motors and Abrams.

What the Causeway’s creators didn’t foresee, however, was that commuting via passenger vehicles would eventually become more popular than taking cross-border train rides. As car and motorbike ownership spiked significantly on both sides of the Causeway, it wasn’t long before congestion at the Causeway became a regular occurrence – especially during festive periods such as Chinese New Year and before/after a long weekend break.

To cope with the rising number of motorists, the Causeway has been widened over the years and it now features six lanes (three in each direction) for vehicles. Singapore and Malaysia have also enhanced their Customs and immigration checkpoints in Woodlands and Johor Baru respectively, to ensure speedier clearance for travellers.

For over 70 years, the Causeway was the only land connection between Singapore and Malaysia, until the Second Link in Tuas became operational in January 1998. But to most Singaporeans and Malaysians, the Causeway continues to be more than just an important “first link” – it also symbolises the enduring ties between both nations.

Driving to Malaysia? Make sure your passport is in order or you’ll hold up the line!
For enhanced security, ICA officers now have enhanced powers to search people and make arrests at checkpoints. 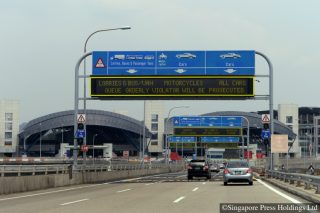