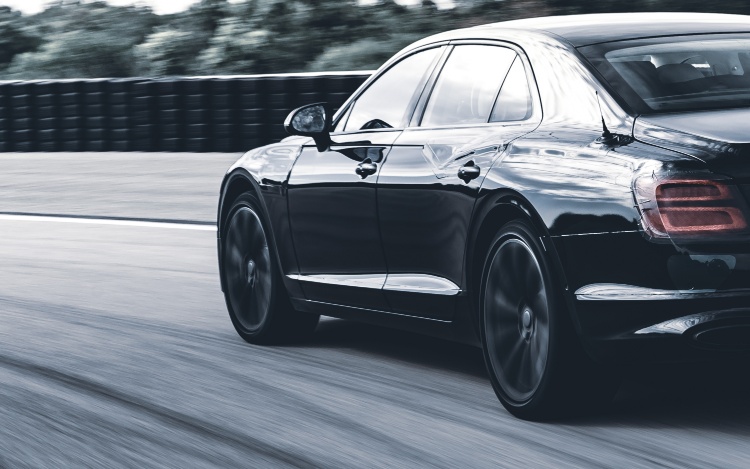 What’s the difference between “handling” and “roadholding”?

You might have heard your fellow enthusiasts, or perhaps even car salespeople mention these terms and use them interchangeably.

But while they are related, they don’t exactly mean the same thing.

Handling is what most car lovers love to talk about.

Its technical definition is “a car’s response to a driver’s inputs”.

Handling is determined by many components, not just a car’s suspension. The following components also have a say in a car’s handling:

A car with “good handling” enables a driver to respond to different situations, such as avoiding an obstacle and recovering from a skid, with minimal effort.

It does not just come down to being able to “corner hard and fast”. Experienced drivers who prioritise safety will always prefer the former to the latter.

WHAT IS ROADHOLDING THEN?

As mentioned just now, handling and roadholding are related, but they are not the same thing.

Handling is how well a car can respond to a driver’s inputs.

Roadholding, on the other hand, the suspension’s ability to maintain directional stability over a variety of road surfaces.

“Holding onto the road” means maintaining the driver’s chosen course, no matter what surface imperfections are encountered.

ABS: How to use it properly

Such obstacles include poorly patched sections, ruts, potholes, speed bumps and bumps encountered in the middle of a corner.

The latter can even “kick” a car out of line. At high enough speeds, poor roadholding may even contribute to a skid or loss of control of the vehicle.

SO, ARE HANDLING AND ROADHOLDING RELATED?

In a manner, yes. It is likely that a car with good handling is also engineered for good roadholding.

Good handling is more important than having lots of horsepower. Most driving enthusiasts will want both, but if asked to choose, they would rather a car that handles well, as opposed to something that is fast but dangerous.

If you recall the Pirelli tagline, power really is nothing without control.

What to do when your car skids or oversteers