Don't be taken for a ride by Uber and Grab | Torque
Loading posts...
0 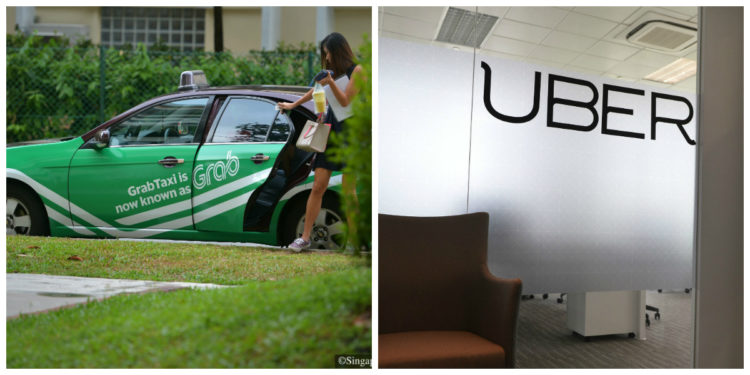 When Uber and Grab entered the Singapore market in 2013, they stressed that they were not taxi or private-hire car operators, but tech companies.

They convinced most people, including the regulators. Perhaps that is why Singapore has treated these foreign companies with kid gloves.

In early responses to queries on whether Uber should be regulated like taxi firms, a Land Transport Authority spokesman reiterated that Uber was not a taxi company but a “technology company providing a matching service leveraging on technology”.

That was in 2014. Less than a year later, Uber set up Lion City Rentals, which rents out cars to those who want to drive for a living. In doing so, it is doing exactly what taxi companies are doing, but without the livery, rooftop signage, meter, regulations, and service criteria that cab companies have to meet.

Now, with Grab in talks to take over SMRT’s taxi business, it is once again clear what these newcomers are: taxi companies with new technology and new ideas.

The authorities will point out that private-hire vehicles still cannot pick up kerbside fares, but that is irrelevant. The smartphone has become the new kerb. And with so many taxi operators adopting Grab’s hailing app, the question of kerb or no kerb is less material.

What is material is that we are now witnessing the second phase of these “tech” firms’ foray into the multibillion-dollar door-to-door transport business – all in just four years.

It would have taken them much longer to get this far if they had taken the traditional route of applying for a taxi-operating licence. Now that they are entrenched, it will be a matter of time before they start doing what they set out to do: Make money.

For commuters, that means fewer freebies and discounts in the years to come. For incumbent industry players, thinner profits. And for the country, perhaps, lower economic returns as more cash gets repatriated to the home countries of the two newcomers – the United States and Malaysia.