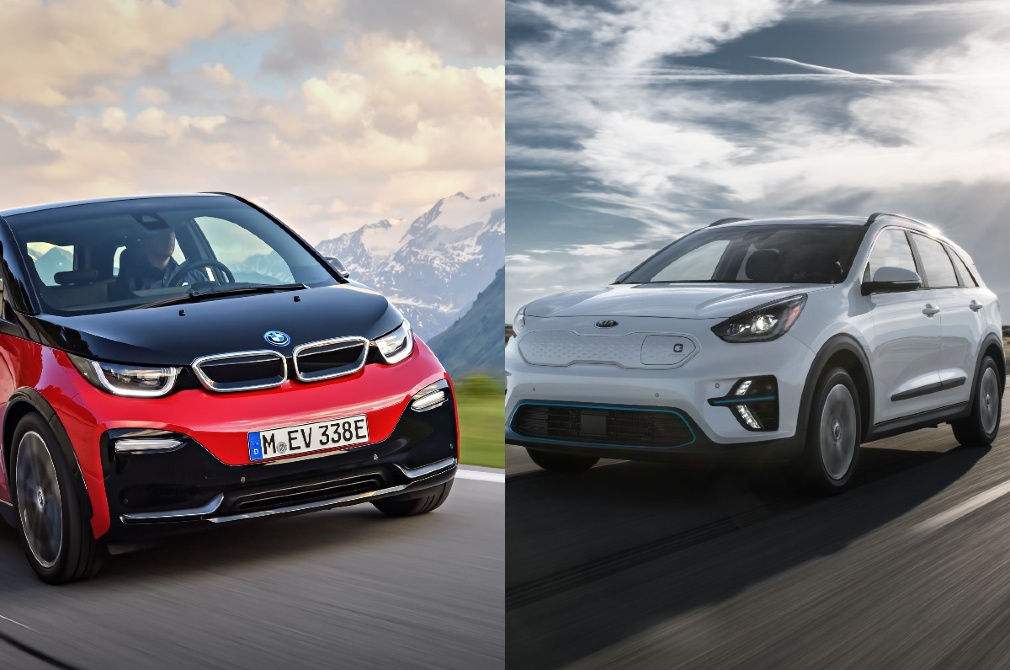 According to a list compiled by sgCarMart, there are a total of 15 electric models currently available in Singapore.

Not every model is expensive. For instance, the MG ZS EV electric crossover can be acquired for $120k.

Now, why is the BMW i3s being pitted against the Kia Niro EV?

The BMW i3 immediately came to mind because of its significance. It launched the BMW i brand, and its production methods included the use of sustainably produced carbon fibre.

The BMW i3 was also the first electric car available to the public when it was launched in Singapore in 2013. 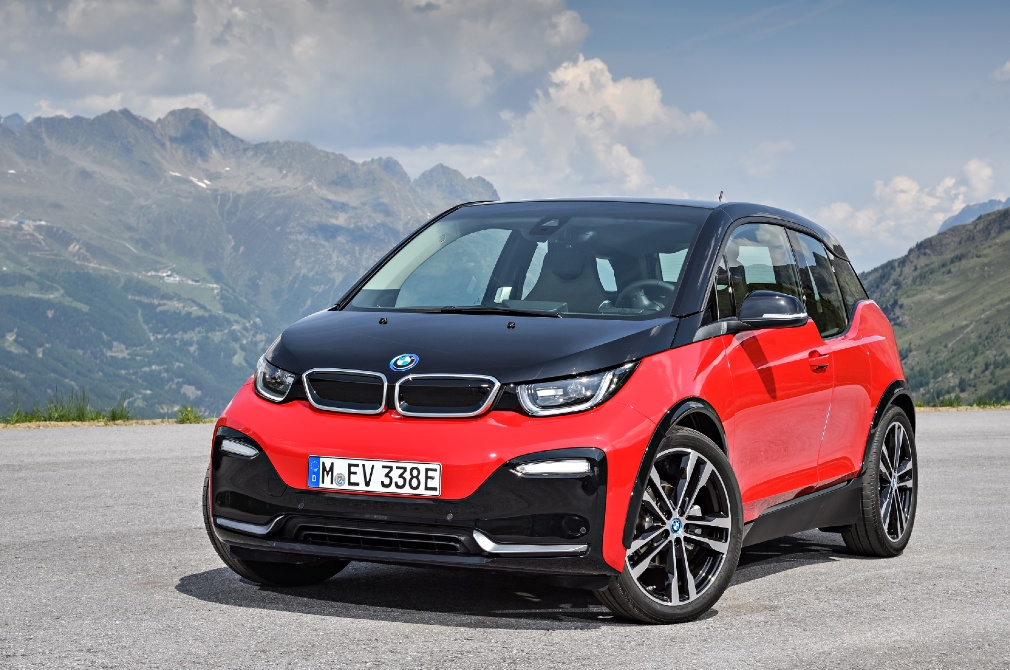 During that time, other electric vehicles (EVs) such as the Mitsubishi i-MiEV, Nissan Leaf and Renault Fluence Z.E. were only part of test-bedding initiatives. They were not for sale to the public.

Again, we would’ve loved to have done a proper Group Test. But with the circuit-breaker having just ended, this still isn’t possible.

When it comes to EVs, performance isn’t just limited to acceleration times and top speeds. Energy consumption and maximum range are factors, too.

That said, the BMW i3s has the edge when it comes to sprightliness. Its electric motor, which delivers 184hp and 270Nm, zips this nifty hatchback from rest to 100km/h in 6.9 seconds. Its combined consumption figure is 14.7kWh per 100km.

The more powerful Kia Niro EV, which packs 201hp and 395Nm, does the same in 7.8 seconds – nearly a second slower. Its combined consumption figure of 14kWh per 100km is almost identical to the i3s’. 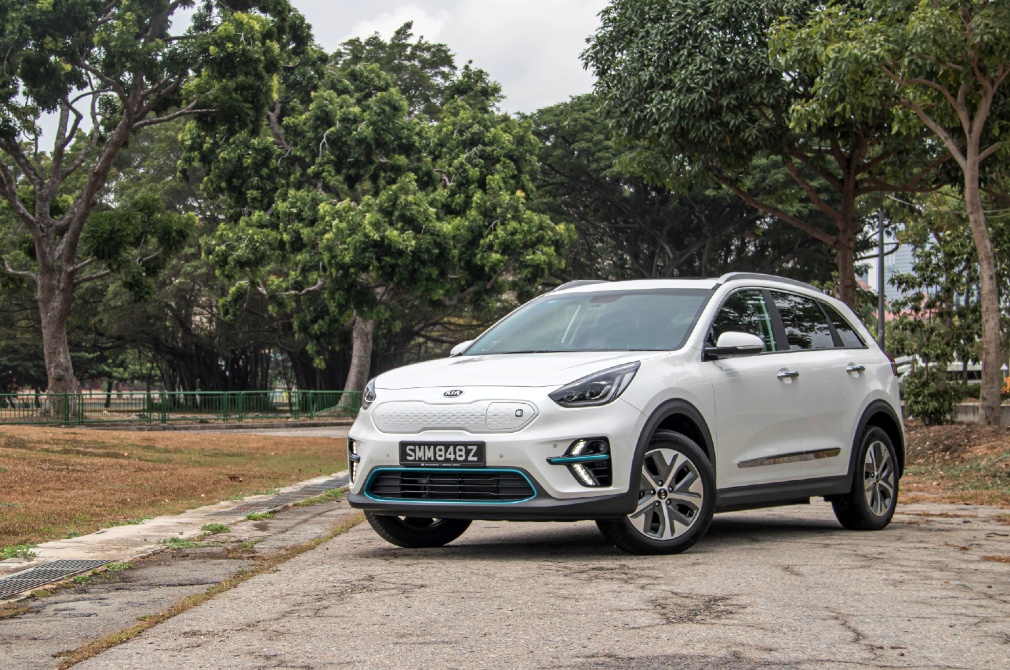 But in its defence, the Niro EV is larger and much heavier. It weighs in at 1748kg, versus 1365kg for the BMW i3s. That’s a massive 383kg difference, or the equivalent of five 75kg adults.

The BMW i3s is smaller than the Niro EV. It’s also built with weight-saving technologies – the passenger cell for instance, is constructed from carbon fibre reinforced plastic (CFRB).

A large chunk of the Niro EV’s mass comes from its 64kWh battery pack, which weighs in at 475kg. According to Kia, the Niro EV has a maximum range of 455km.

Overall, the Niro EV has the advantage here. It has greater range and its acceleration isn’t that much slower, despite it being a lot heavier. 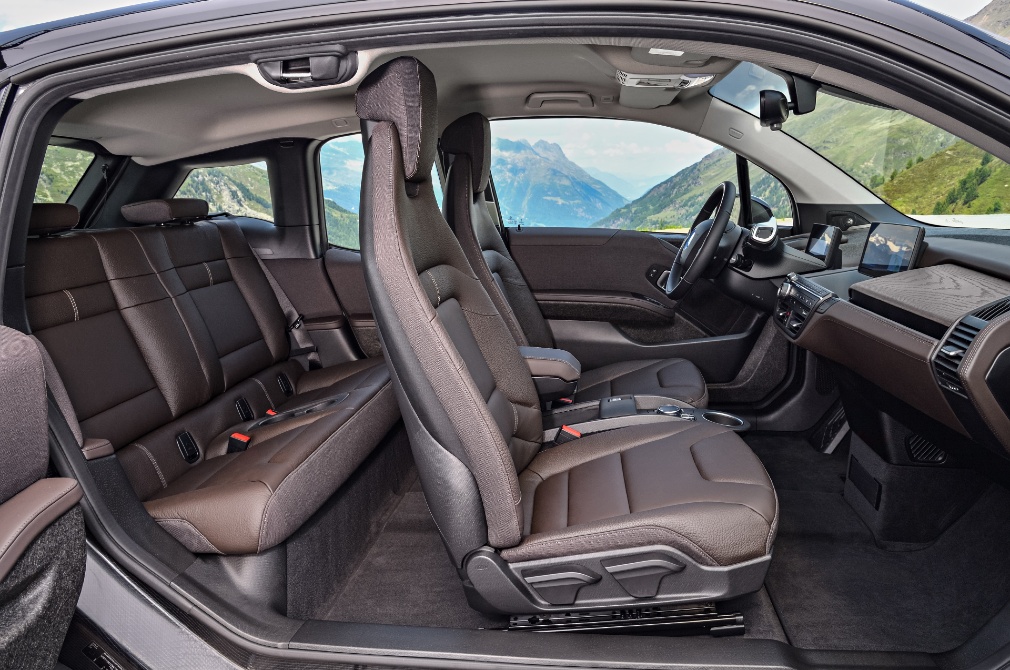 Also making the i3s unique in its segment are its rear-hinged doors.

Being the bigger car, the Kia Niro EV again has the edge here. With the rear seats upright, the Niro EV offers 451 litres, easily besting the BMW i3s and its 260 litres.

Getting in and out of the Niro EV is also easier than in the i3s – especially if you’re sitting in the back. The latter’s rear-hinged doors are stylish, but they can’t be opened unless you open the front doors first.

In addition, the Kia Niro EV’s backseat can accommodate three passengers, while the BMW i3s only takes two. 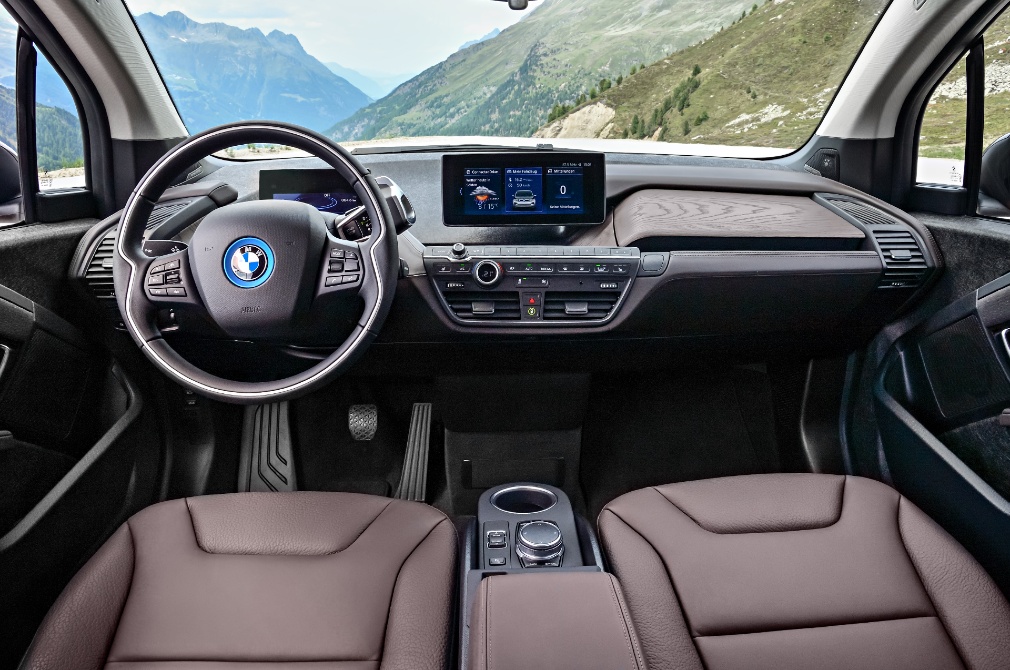 This is where the BMW i3s claws back a lot of points. This compact hatchback, with its “hip” design and paintwork options, super-skinny tyres and rear-hinged doors, ensure that it looks like nothing else on the road.

The BMW i3s’ interior is really a treat, too. The materials (there are a lot of recycled materials used) and colour schemes have a Muji-like feel to them. The result is a classy and minimalist cabin.

Check out the displays on the dashboard. Instead of massive screens for the instrument panel and the infotainment system, the two displays resemble iPads turned on their sides. 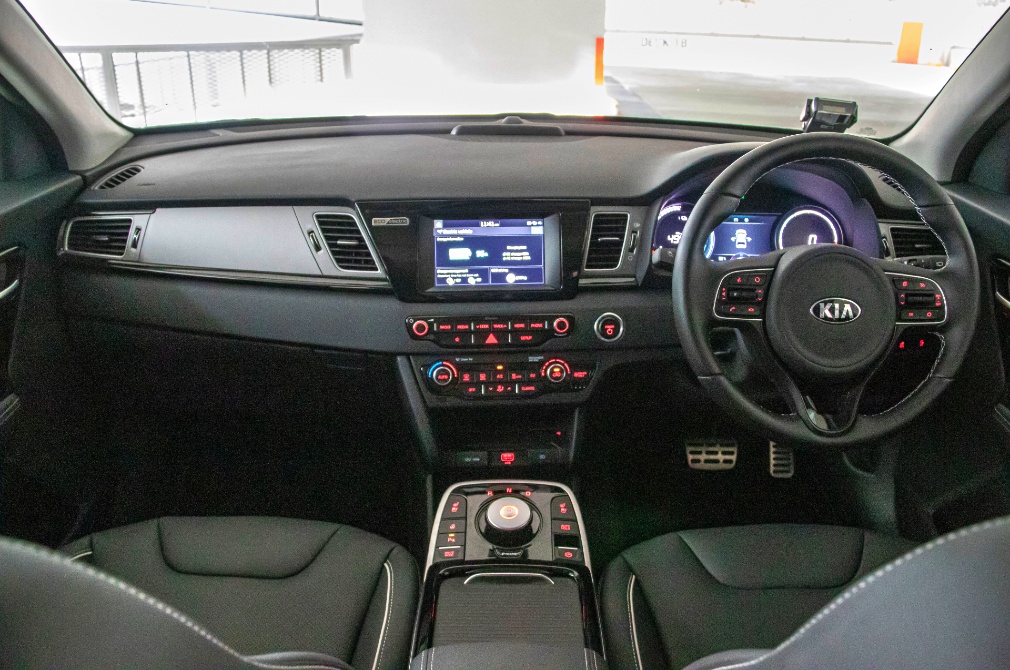 The two-spoke steering wheel and column-mounted shifter are cool, too.

More conventional than cool, on the other hand, is the Kia Niro EV’s interior. While the BMW i3s is big on styling, the Niro EV is all about ergonomics.

The digital instrument cluster is easy to read, and the infotainment system is relatively intuitive. The only novelty here is the rotary dial, which is part of a shift-by-wire transmission. It takes the place of a conventional gearshift lever.

Unlike the BMW i3s, nothing in here will elicit a “wow”. But you will ooh and ahh when you feel the awesomeness of the ventilated front seats. 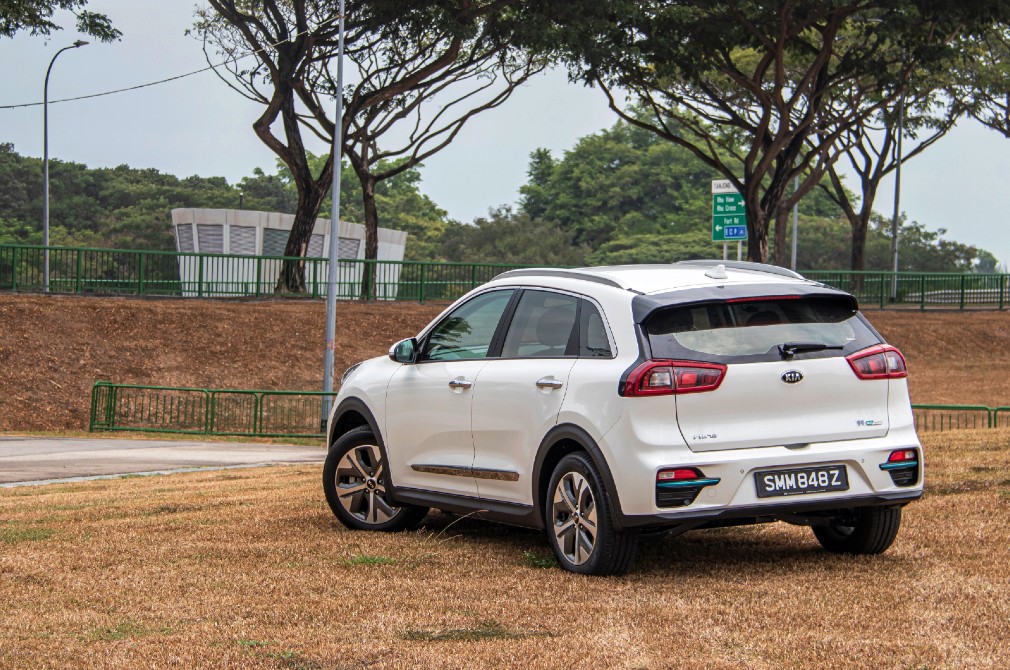 Choosing between these two electric cars isn’t as straightforward as you’d think.

On the one hand, the Kia Niro EV costs less while offering more range and practicality. But the BMW i3s has better performance and handling. And its snazzy design makes it a head-turner, too.

Ultimately, the deciding factor might be the driver’s needs and usage patterns. If you want a zippy compact hatchback for shorter commutes, and you clock about 250km a week, then the BMW i3s is a better bet.

But if range, spaciousness and all-round usefulness are your priorities, then the Kia Niro EV would be a more suitable choice. 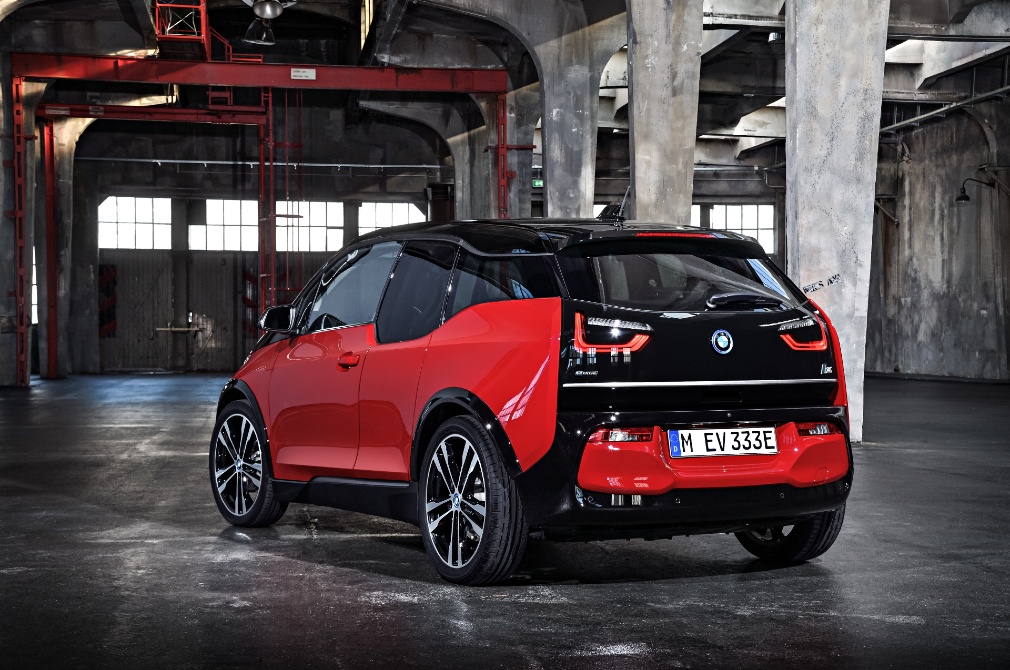 Click here for our BMW i3 review
Or here for sgCarMart’s Kia Niro EV review
Should you buy an electric car?
Electric cars in Singapore: 5 things that motorists want

Updated Jaguar F-Type Coupe launched in Singapore
This site uses cookies to help us serve you better. By continuing to explore our site, you accept our use of cookies.I Accept