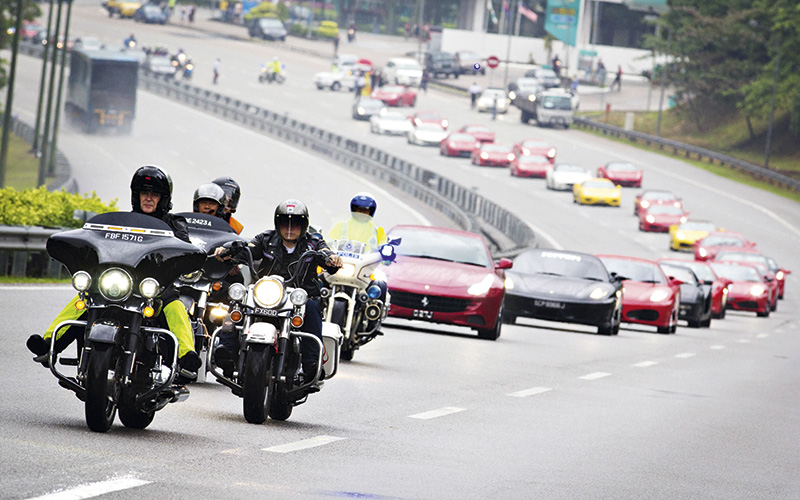 “Horses” and “Eagles” played together on this dramatic road trip.

One represents pure speed and Italian craftsmanship; the other, brightwork and rippling American muscle. Put Ferrari and Harley-Davidson together and you get, well, very little in common – which made the inaugural Horse and Eagle Run held in July all the more intriguing.

The plan was simple: Bring owners of the two most iconic marques under the Komoco umbrella together for a joint road trip up north to the newly opened Johor Premium Outlets (JPO) for a spot of shopping, followed by lunch. Lucky passers-by were also given a rare opportunity to see these impressive machines sharing the same tarmac for the very first time. 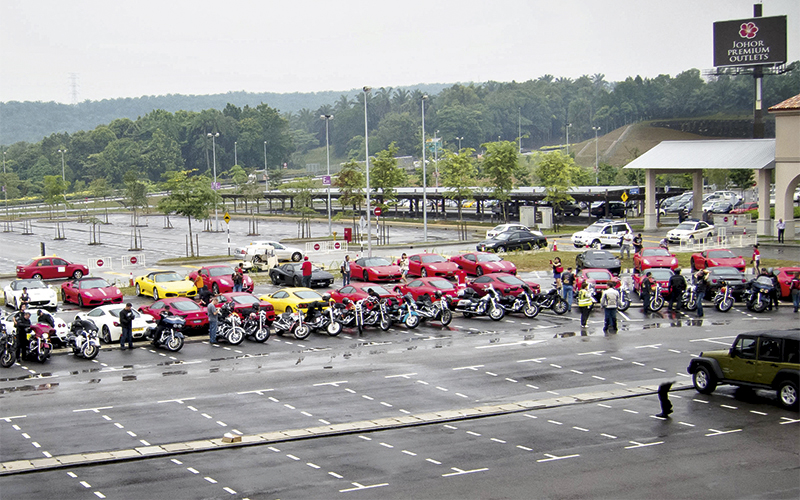 A hundred “premium products” were found right outside the Johor outlets.

It was a pity the weather decided not to cooperate. Dark clouds and persistent drizzle greeted the nearly 40 Ferraris and 60 Harleys that gathered at the Ferrari showroom for the pre-ride briefing. But that didn’t dampen the participants’ enthusiasm, as sharply dressed Ferrari owners in white designer pants mingled and exchanged stories with their black leather-clad, two-wheeled counterparts. Their immediate camaraderie was palpable.

Lung-Nien Lee, president of the Ferrari Owners’ Club, explained how the idea came about: “Harley-Davidson represents a certain lifestyle, and we at Ferrari can relate to that. Besides being free-spirited and sharing a passion for the open road, we also share the same riding discipline as H-D owners, so it was inevitable that we come together someday!”

Come together they did, and incredible was the gathering. Nearly a kilometre long, the convoy of bright red (mostly) and shiny chrome rocked the tarmac with the screaming V8s and V12s of the Prancing Horse brigade and the rumbling V-twins of the Eagle contingent. This was about as traffic-stopping as you could get without breaking the law. 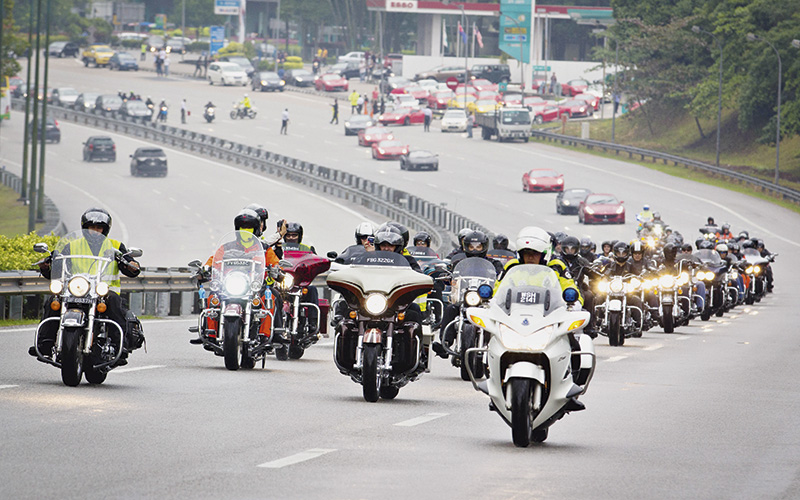 Harley devotees and police outriders were the kings of the road that Saturday.

Thanks to an arrangement made with the Malaysia Tourism Promotion Board, the entire convoy of power and noise breezed past the customs and toll booths using specially prepared lanes. Regrouping again at the rest area in Gelang Patah, we were welcomed by the local traffic cops – not with speeding tickets, but a police escort the rest of the way. The final push to Johor Premium Outlets was a smooth, traffic-free affair, thanks again to the JB police officers who ordered other cars back into their lanes if they tried to “intercept” the convoy.

At the massive JPO parking lot, members of the respective owners’ clubs took the opportunity to admire one another’s vehicles, amid the countless camera flashes courtesy of the stunned locals. Even the downpour that threatened to ruin the event stayed away, allowing everyone to enjoy the almost carnival-like atmosphere.

Rumbling stomachs replaced the chorus of engine and exhaust notes as the Ferrari-Harley contingent made its way to the Japanese buffet. After a hearty lunch, next on the cards was shopping (of course), but everybody seemed more eager to forge friendships and take pictures. 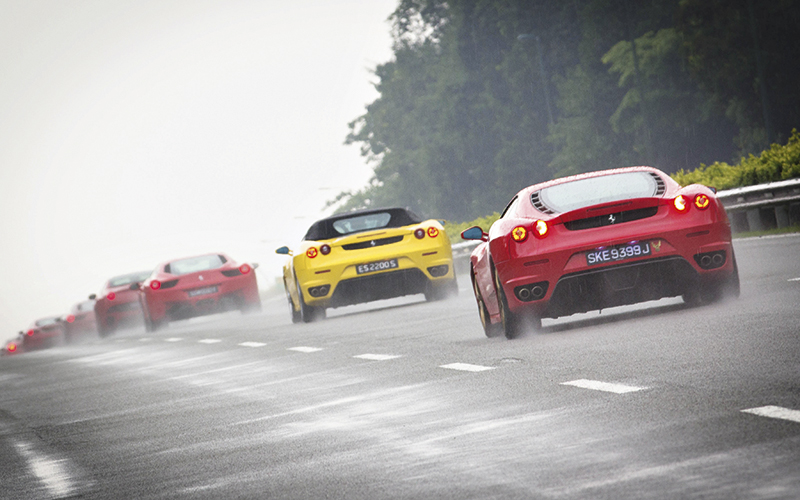 Given the success of the first-ever Horse & Eagle Run, participants and spectators alike are probably looking forward to the next one.