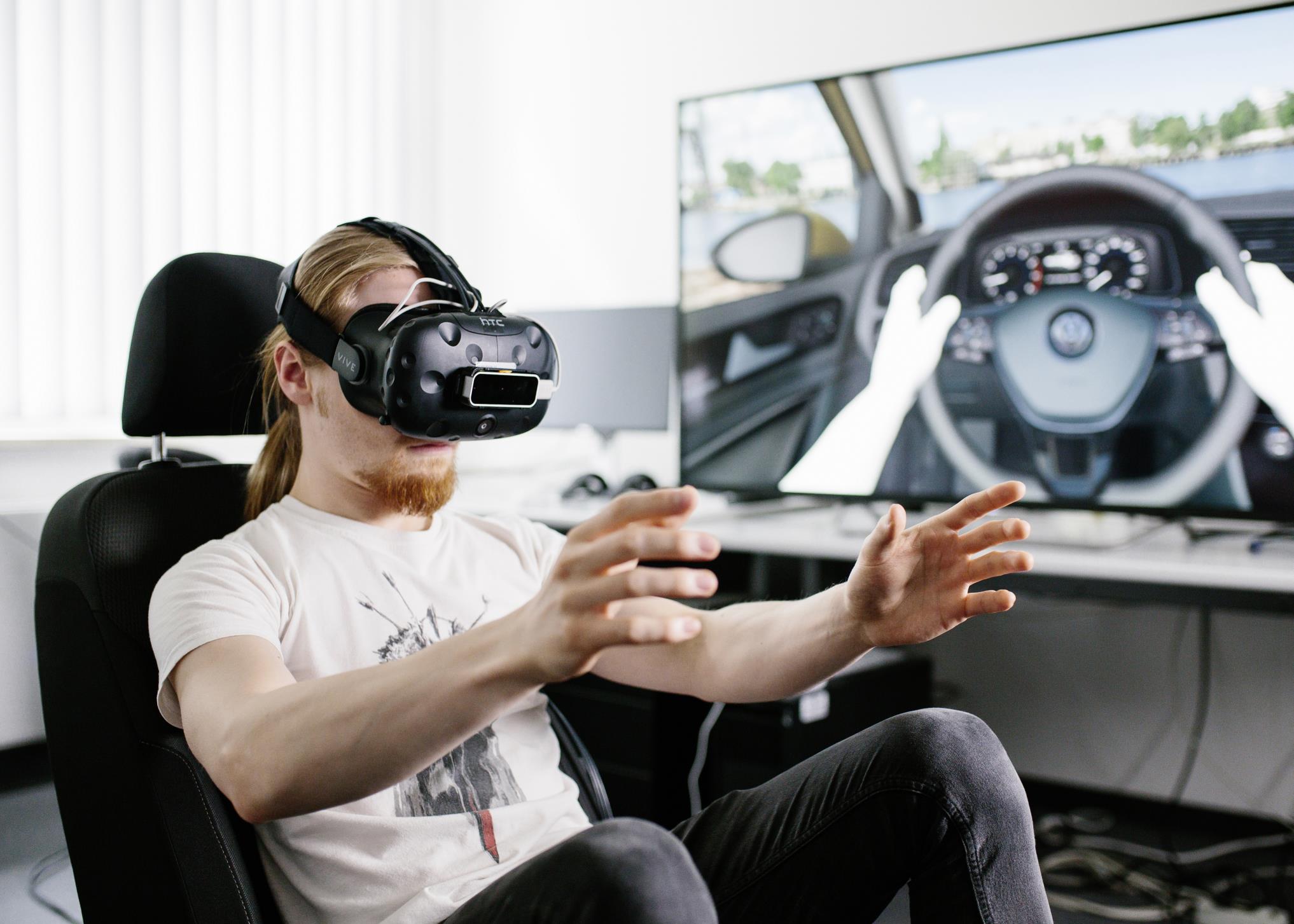 Volkswagen’s Virtual Engineering Lab has experts from the gaming industry who work to support the digitalisation of technical development at the automaker.

Virtual reality (VR) is not just game-playing. At Volkswagen, VR is contributing to faster and more efficient development of vehicle models. VR developers such as David Kuri program the powerful software for it. The 26-year-old previously worked for an international computer game company. He is now contributing his specialist knowledge to Group IT’s Virtual Engineering Lab.

David Kuri has submerged into another world. In this world, he is currently building a new car. Not a real one – a virtual one. In fact, he is not actually building it but designing it. The body is nicely aerodynamic, the headlights are circular, the handles on the doors are slim – Kuri draws all these with vigorous hand and arm movements in the air. The new VW car that David Kuri is swiftly and creatively painting in the air will never be built, despite the retro charm it exudes.

Kuri is not a designer, but his job at Volkswagen entails supporting designers and engineers in their work – with software.

With the help of software, designers can shape the appearance of new Volkswagen models to the last detail – virtually, without having to build anything at all.

“Until now, design prototypes for new models were developed and built in reality,” said Kuri. “That costs time and money. Also, physical prototypes always only depict one specific stage in the decision-making processes, which is then outdated very quickly.”

David Kuri is a VR developer. Together with 30 of his colleagues, he works at the Wolfsburg plant in the Virtual Engineering Lab of Volkswagen Group IT. Its primary task is to support Technical Development and Design in digitalising processes, and transforming virtual reality into a practical tool.

Kuri and the team in the Virtual Engineering Lab are doing pioneering work. “Our main principle is that we write our own software!” said Kuri. The challenge for him and his department’s colleagues is to build tools that designers and developers can subsequently operate easily and apply efficiently.

“There is a great need for virtual vehicle tests,” he said. This is where cars are brought into different virtual driving and environmental situations. “In virtual reality, the car can be taking a lot of curves through a hilly landscape in southern Italy or zooming along a motorway in northern Germany,” said the VR developer. For the programmer, it makes no difference.

Find out how virtual reality will make car shopping simpler in the future.

Find out more about Volkswagen’s Virtual Engineering Lab in Wolfsburg.

Check out the Audi virtual racecar that became a reality as a race taxi.