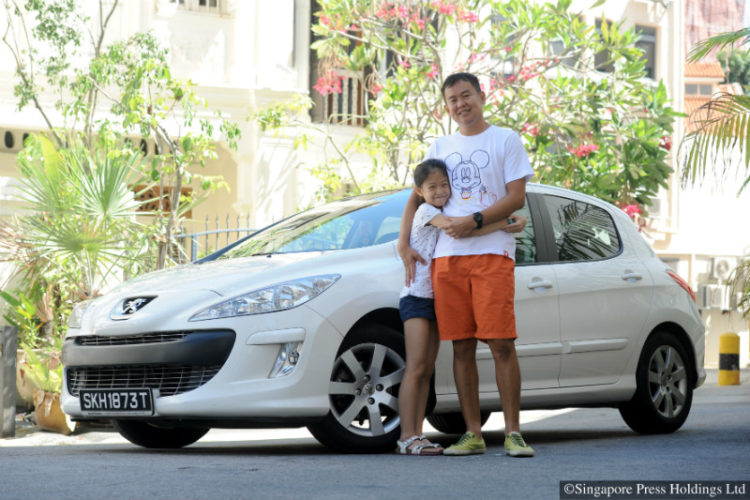 Physical education teacher Loke Kok Fei’s interest in car grooming has rubbed off on his daughter Kayen, who helps him wash his Peugeot on weekends.

Mr Loke is a car grooming enthusiast who spends at least two hours each week washing, cleaning, vacuuming and polishing his car.

“I have a six-year-old car that looks like it is one year old, while there are those who drive one-year old cars that look like they are six years old,” he says with a laugh.

His interest in car grooming started in 2004 when he bought a Mitsubishi Lancer. He sent the black car to a car groomer, but was disappointed with the results.

“The car went in new, but it came out with swirl marks (on the paintwork),” the 41-year-old says. “The car groomer couldn’t fix it despite many tries.”

To fix the problem, he bought a Bosch car polisher and scoured the Internet for car grooming tips. Then he took the car back to the groomer and showed him how the swirl marks were removed.

“He even wanted to hire me to show his staff how car grooming should be done.”

A year later, Mr Loke upgraded to a Makita car polisher used by professional groomers and even bought a $900 device to measure the thickness of paints. Polishing takes away a certain layer of paint, he explains, and the device tells him how much paint thickness remains on the car.

His interest took a serious turn around 2005, when friends started asking him to groom their cars. They pay him between $80 and $350 for his time and materials.

The most obsessive thing he did was to track down the sole distributor of a cleaning solution that is used to clean aircraft seats and outdoor awnings, which he uses to clean the interior of cars.

“The supplier was surprised that I bought in small amounts because he mostly supplies companies,” says Mr Loke.

He even considered renting or buying a terrace house and using the porch to groom cars for a living.

“I decided not to do so in the end because I have a stable job and there are financial risks,” he says.

He still grooms cars for friends on weekends when he is free.

“The period before Chinese New Year is the busiest. Those who cannot get appointments with car groomers will ask me for help,” he says.

“I have even trained about 10 of my friends’ maids on the proper way of washing a car after it is polished,” he says.

Big cars such as the Toyota Alphard and Honda Estima are the hardest to groom, he adds, with each session taking up to eight hours. “I have to start in the morning, go for lunch and return to finish the job in the afternoon.”

The hardest car to polish is the new Volkswagen Beetle, he says. “The car’s surfaces are all round – the boot, body and bonnet are basically three semi-circles. Round surfaces have very little contact with the polishing pad, so they are very difficult to polish.”

He polished a Beetle several years ago and has not agreed to take on another.

The most memorable car he has groomed is a 20-year-old Jaguar XJ. “I restored the shine and the car looked like it was maybe six or seven years old, but I found rust, told the owner and he decided to send the car for proper restoration,” he says.

His interest in car grooming has rubbed off on his nine-year-old daughter Kayen, who helps him wash his Peugeot on weekends.

The Peugeot hatchback is Mr Loke’s first white car. He bought it for about $40,000 from a friend in July.

He has previously owned a Toyota Corolla, Mitsubishi Lancer, Mazda 6 and Kia Magentis.

“I am the third owner, but I can tell that the car is very well taken care off,” he says of the Peugeot.

“The paint of white cars can turn yellowish, this car is still white.” 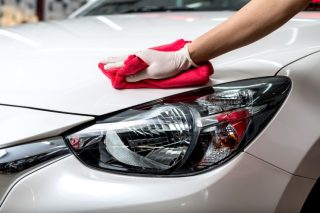 Car grooming: What to do instead of washing your vehicle 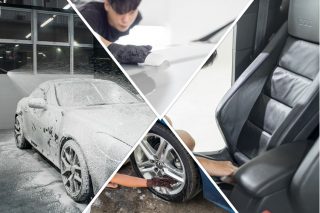 Car grooming: 4 ways to protect your car against the heat

Car grooming: What to do instead of washing your vehicle

Car grooming: 4 ways to protect your car against the heat

Petrol prices: Why they may not fall when oil prices do
This site uses cookies to help us serve you better. By continuing to explore our site, you accept our use of cookies.I Accept